No role in League of Legends epitomises the 'lone wolf' persona as well as the Top Lane. Many players refer to it as if playing on an island, and upon understanding the function a Top Laner plays within their team, it seems like an accurate representation. In a difficult role for newcomers, you are expected to be both self-reliant and a team player, and a great Top Laner can disrupt the enemy team to such a degree that they can solo carry the game.

This guide will explain the various facets that go into playing Top, including the available champion types, tips for the laning phase, how to split push effectively, and how the Teleport summoner spell works. 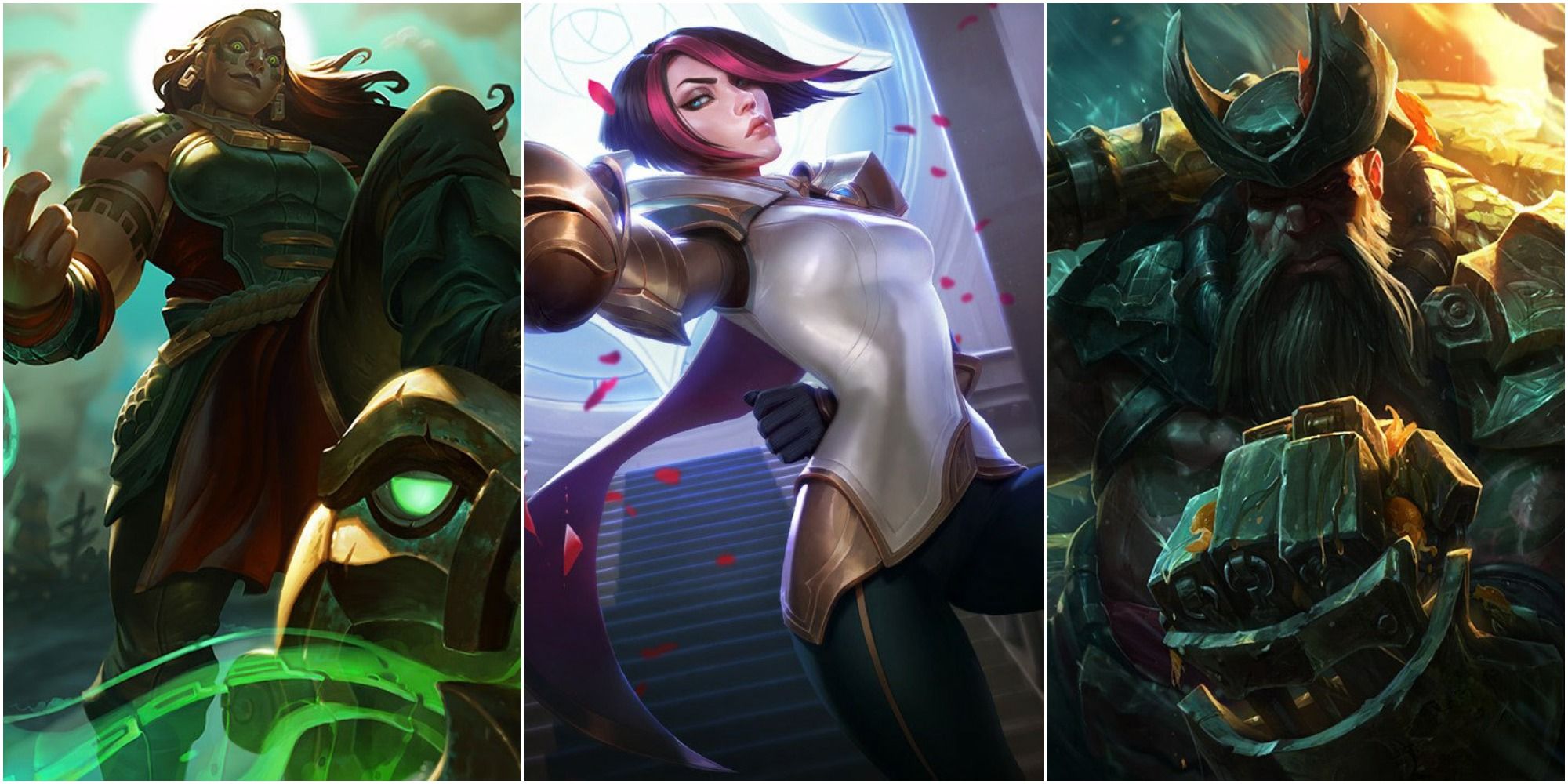 Top Lane champions tend to fall into a few different roles, but all share the ability to be self-sufficient and sustain themselves during the laning phase with little support from their Jungler. Like every role, there will be some crossover, but they are normally divided into the following categories:

The reason a lot of champions are not deemed viable in Top Lane is due to their inability to efficiently solo during the laning phase. Having either some form of self-healing or the tankiness to absorb damage is crucial for Top Laners, as being bullied out of lane can severely impact your usefulness. 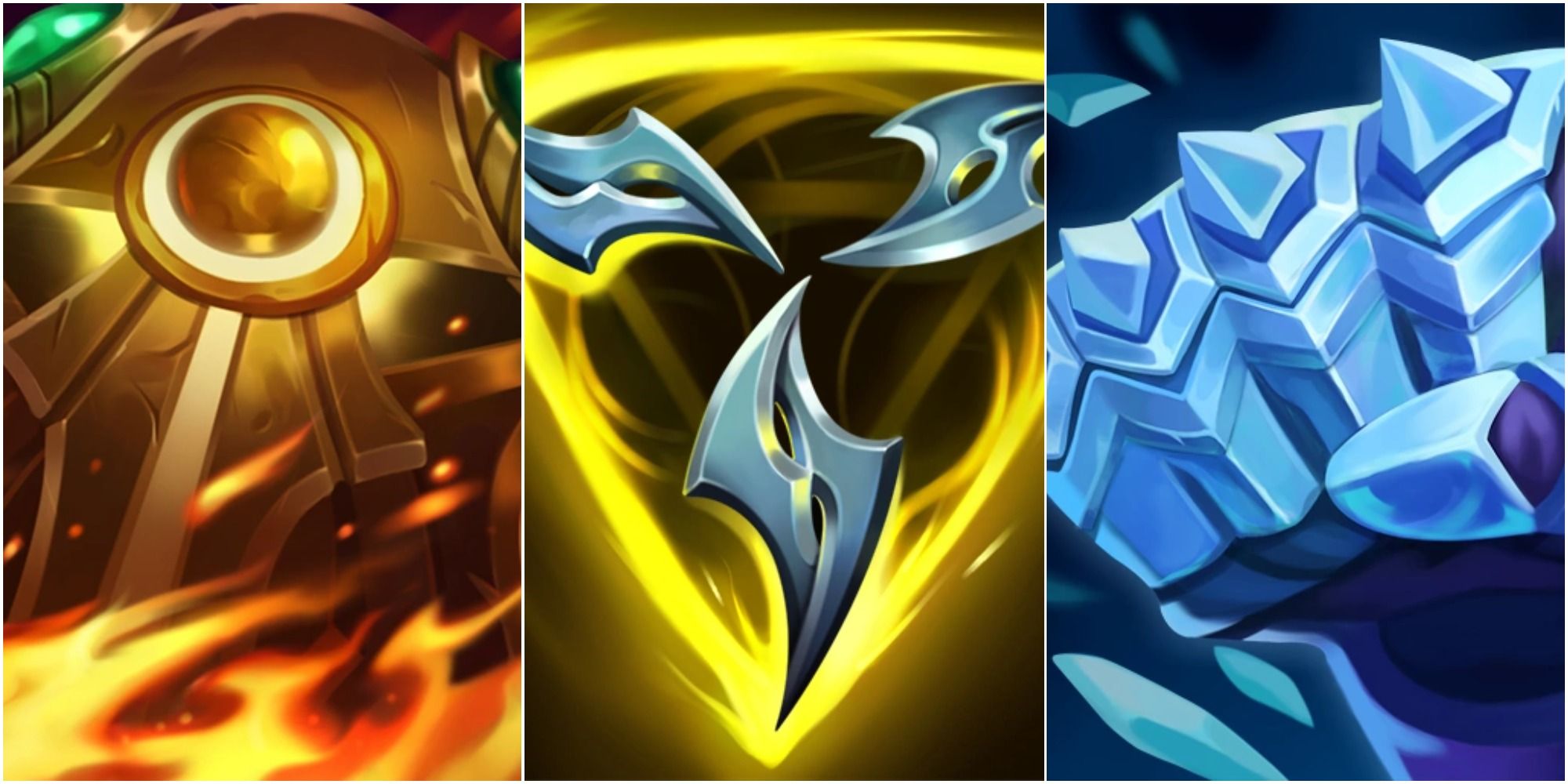 Similar to Mid laners, (check out our Complete Mid Lane guide), a Top Lane player will spend their laning phase duking it out in a one versus one matchup. However, The Mid-Lane will typically see a much higher Jungle presence than Top, as its location on the map facilitates increased activity. The Junglers are much more incentivised to gank Mid, as snowballing that lane can easily lead to increased map pressure in other areas of the map. For Top Lane, it is more difficult, as due to your location, you cannot create such an impact as easily. This results in the Top Lane matchup being far less Jungle dependent than Mid, although you should still be aware that Junglers will often come Top if their lane is losing, or to punish an overextend.

Due to this marked difference, basic laning principles are even more important to consider when playing Top Lane, as falling behind can be a very frustrating experience, due to each player's increased ability to freeze the lane. Killing the enemy minions too quickly is going to push your wave towards the opponent's Outer Tower, giving them increased control over where the lane rests.

Be aware that while shoving the minions into your opponent's Tower and retreating is a safe way of playing, it will lose you resources over time, and you will fall behind in both gold and experience. Instead, try to either keep the minions placed fairly centrally or allow them to drift forwards toward your side of the map. This will keep you in a good position to last hit but lower the risk of being ganked.

Always be looking to try and secure favorable trades, as this will decrease the likelihood of your opponent making an aggressive play, but can be very dependent on what champion you are playing, e.g. playing a melee versus a ranged will often see you taking unanswered poke damage.

When it comes to the individual matchups, Top Lane can be very volatile. It is important to be aware of who typically wins, and this is normally something that only comes with experience. Playing too aggressively can be hugely damaging for your laning phase, and it is much better to try and catch out your opponents when they make a mistake, instead of forcing the issue. As there are fewer Assassins present in the Top Lane meta, bagging early kills is not as vital to most champions scaling, and it is not uncommon to see Top Laners finishing laning phase having zero kills and zero deaths. Keeping up farm and ensuring you don't give up easy deaths or your Outer Tower are your main objectives unless you are playing a certain type of champion called a Split Pusher.

How to Split Push 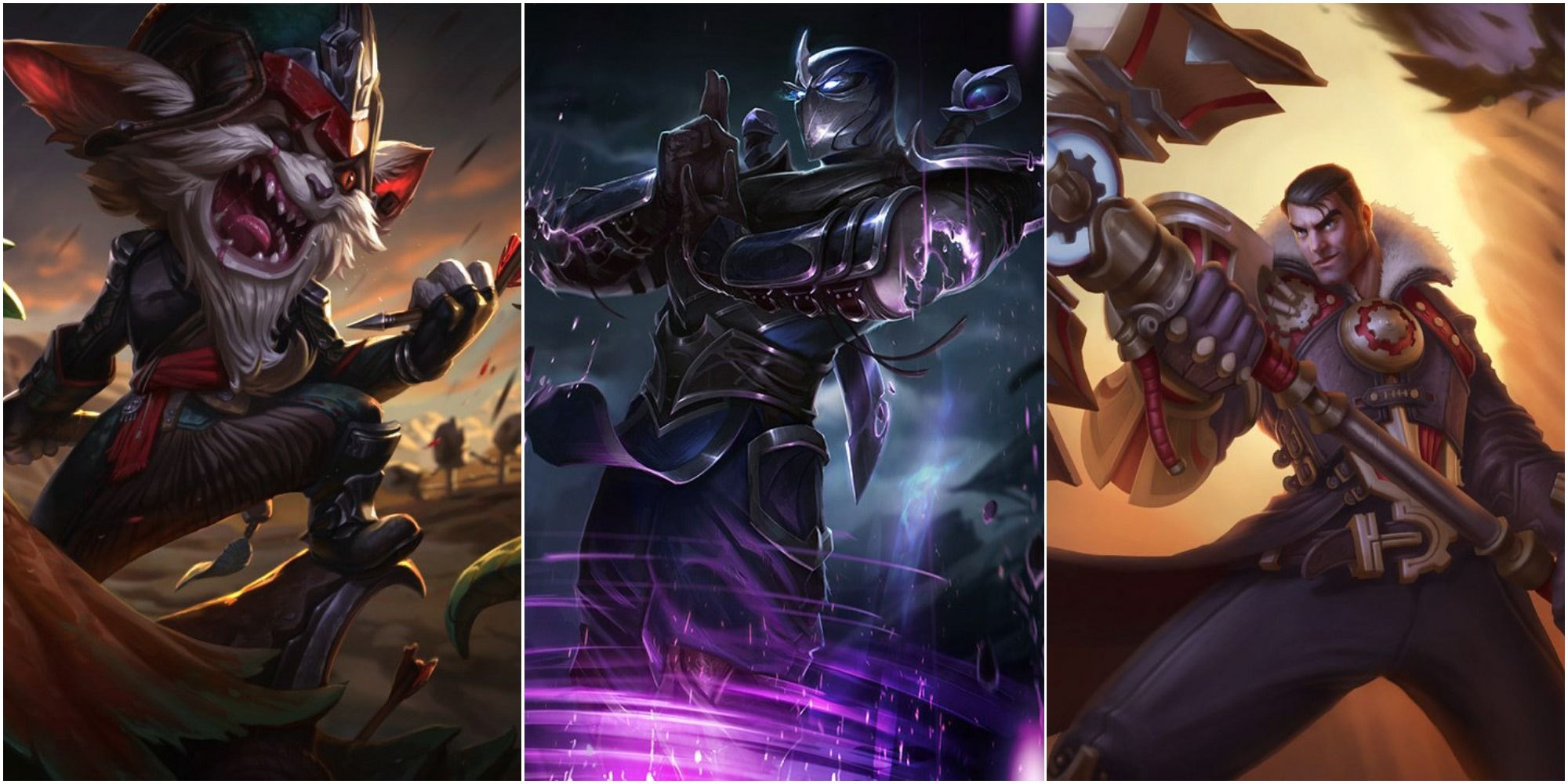 In essence, Split Pushing is the act of pushing a lane that is far away from the majority of the enemy team. Often the lane will have no enemy presence as they will be grouped for mid-game skirmishes or late-game teamfights. Champions that excel at this style of strategy will typically possess strong wave clear, which allows them quickly shove the minions and get onto attacking the Towers. They are extremely dangerous if left unattended, and a good Split Pusher will often draw enemy attention away from whichever objective is currently being contested.

Some Split Push champions will excel in a one versus one scenario, which forces the enemy team into a difficult decision of whom to send to deal with them. Normally the opposing Top Laner will be sent, as they can normally Teleport back to their team if fighting breaks out. Sometimes, however, they will be unable to contain the Split Push, which can severely impact their team's map presence and open up opportunities for an engage elsewhere.

Certain champions such as Singed are so well suited for this style of play that they can attempt to execute a strategy known as Proxy Farming. This involves going beyond the enemy laner, and capturing enemy minion waves further on down the lane. This prevents them from meeting up with your minions and is more effective in creating a push than simply shoving the lane. Singed is so fast and durable that he can often simply just run away if engaged upon, and a good Proxy Farmer is a complete nightmare to deal with, often you will even see them farming minions in your base!

The best way to deal with a Split Pusher is to send a player that is not likely to be solo killed against them. This will force the Split Pusher into a decision, either they can keep pushing and leave their team to fight out the four versus four, or they can abandon the strategy and meet up with their team, thereby relieving the lane pressure.

Tips for Split Pushing include:

How to utilise Teleport 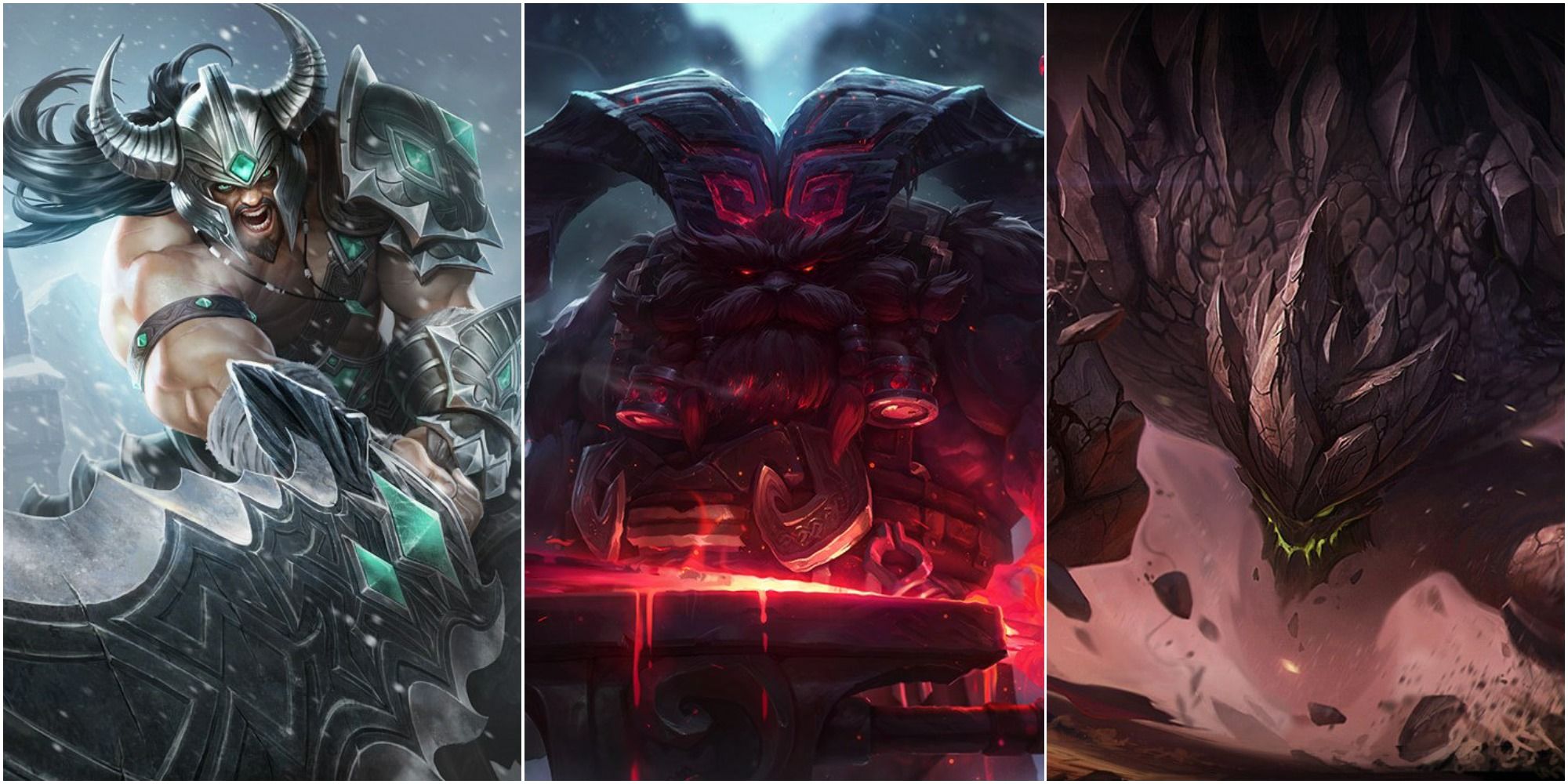 A core component of a Top Laners' gameplay is the use of the Teleport summoner spell. Teleport is a channeled, five-minute cooldown ability that will transport you to an allied Tower's location, as well as a small movement boost. One of the most useful spells in the entire game, being able to quickly move across the map opens up many positional possibilities and can enable strategies such as Split Pushing and Proxy Farming.

After fourteen minutes, Teleport will upgrade into Unleashed Teleport, which will reduce the cooldown by ninety seconds, and allow you to also move onto allied wards and minions, rendering them invulnerable for the spell's duration. Targeting a minion that is being attacked by an enemy Tower is a great way to use this spell, as it will prolong the minion's life.

Enemy players can see the Teleport visual even through the Fog of War, so whilst it can be hard to surprise an enemy, positioning the spell behind them will force the opposition into either engaging or running away.

Some of the best uses for Teleport come in the early game, where suddenly appearing to support your other laners can turn the tables on whichever fight they are currently involved in, and you may be able to coordinate some amazing ganks with your Jungler, especially onto Bot Lane. Very early, however, Teleport is mostly used simply to get back into your lane, as it allows you to skip the long walk from your base, letting you collect more gold and experience.

Outside laning phase, Teleport can be held as either an escape or engage tool. Split Pushing whilst it's up puts high pressure on the enemy team, as you may be able to out rotate them should they come to intercept you.