Having a game you can relax with and enjoy can be great among the hardcore games, so Lil Gator Game may catch your interest if you want a fun action-adventure game. After you pick it up, you could run into challenges and want to know how to play this game, so you'll succeed.

After all, you can do a lot in Lil Gator Game, so it may initially overwhelm you, especially as you explore and make friends around the area. Ensure you spend some time looking into the various tips available, so you'll know what to expect and how to get your big sister to join your adventure. 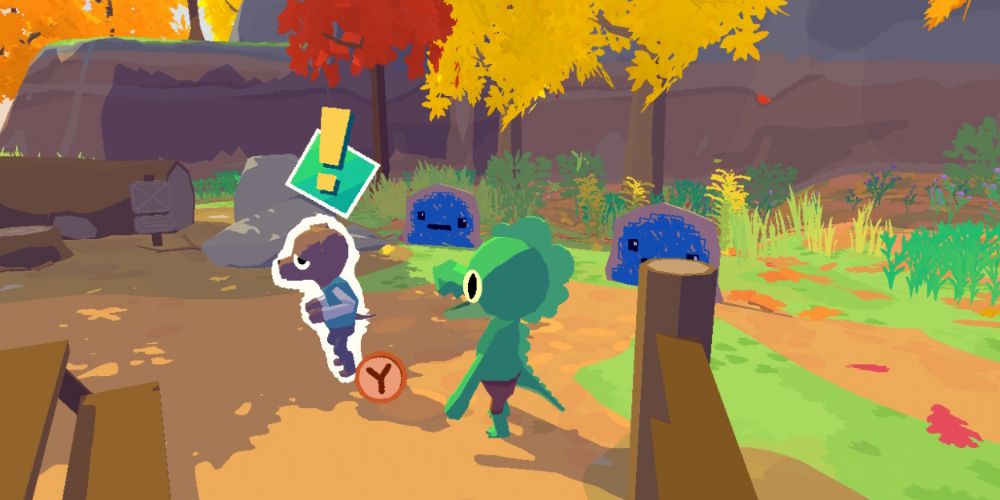 You'll come across plenty of NPCs throughout the game. Talking with people and making friends is a major mechanic of the game, so as soon as you meet someone, immediately approach them and have a discussion.

They'll then give you a quest to complete. For example, one may ask you to defeat the cardboard enemies nearby, while others may want you to fetch something for them. You may feel tempted to talk with them and return later. However, the game doesn't provide a map, so you'll find it hard to get back to them if you don't have a way to remember where they went. Instead, tackle their quests immediately, so you'll make more friends and get them to go to the playground.

Hit Every Cardboard Enemy And Pot 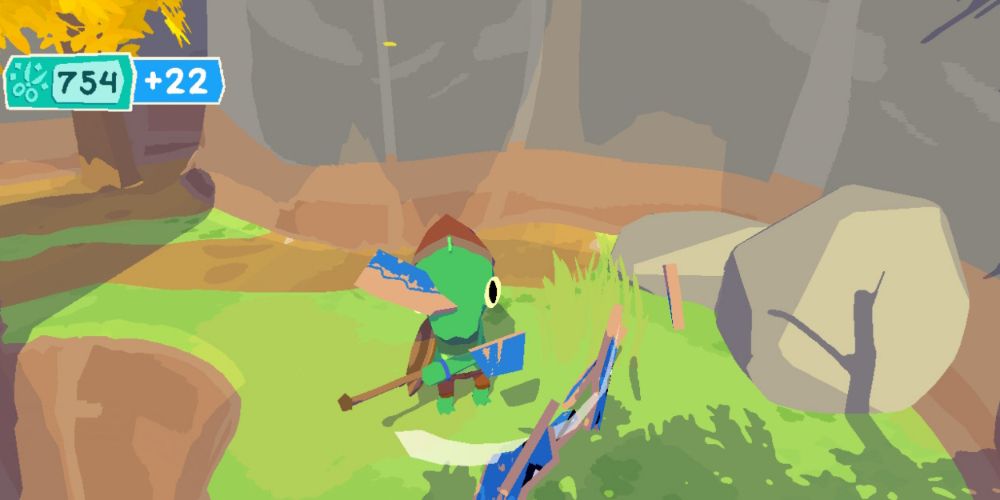 The game uses crafts and confetti as the main form of currency. You'll get them as you attack cardboard, hit pots, and even break open chests. You'll quickly get thousands of currency from hitting these items, but you should keep doing it even if you gain tons. While it may seem like you have enough, you'll spend it faster than expected.

Instead, go out of your way to get all of them, so you'll build up your reserve and grab everything you need. Even if you only have a shield, you can use the roll button to break objects and get money. Always look around the area, explore every corner, and do what you can to get as many of them as possible. 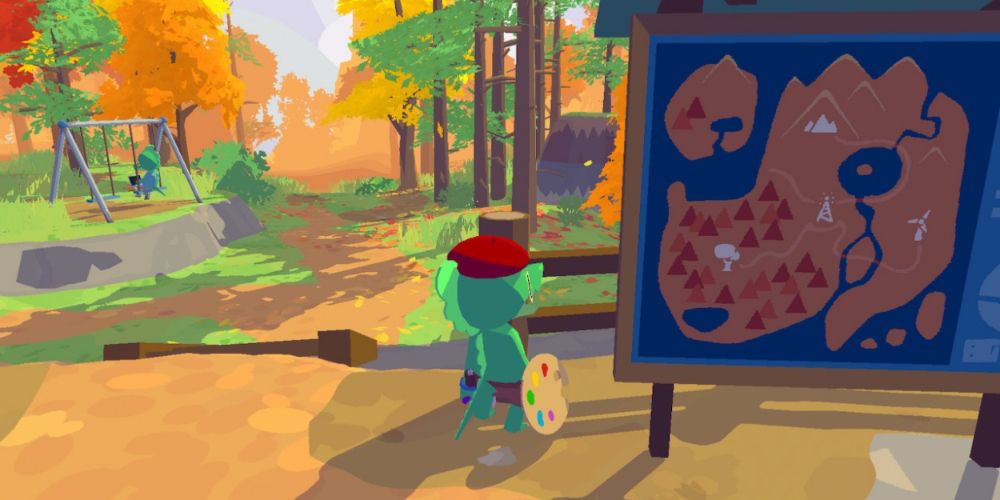 The only maps in the game are generalized ones on boards around the island. They give you a few references to help you make your way around the place. You have four major landmarks to remember as you explore and go to different locations:

Even though the game doesn't offer a long draw distance, you can see the outlines of these major landmarks. While the playground sits in the middle of the tower, you have the mountains to the north, the forest to the southwest, and the windmill to the southeast. You won't get lost as you explore the island as long as you know the landmarks, allowing you to travel to various points and find new friends.

If you ever get lost, follow the dirt paths around the island. They'll help you reach different landmarks until you become familiar with the area. 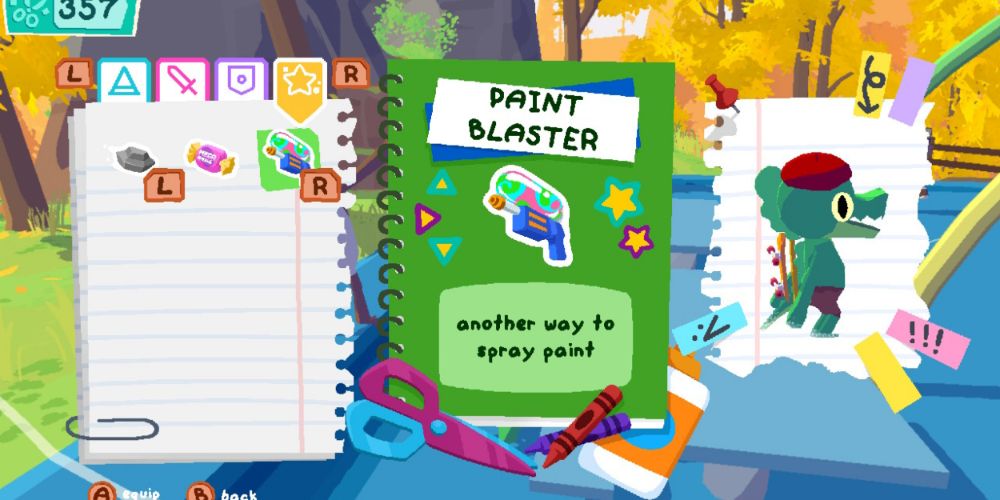 As you play through the game, you'll come across different swords, shields, hats, and items. While you can use your sword and shield to hit enemies and travel around the map, any other versions only work for aesthetic changes. The same applies to hats, but items have different uses based on the situation.

For example, you can throw stones at flying enemies to collect confetti. You can also use bubble gum to provide yourself additional height after a jump, giving you enough stamina to reach different places.

As you go to the shop, you'll notice you can purchase different items or equipment. While you should collect as much equipment as possible to 100 percent the game, items will provide you with new moves. However, only three items will appear in the shop at a time, so see if the seller has any items. If they only have equipment, purchase the cheapest option to see if a new one appears among the options.

Use Your Shield As A Double Jump 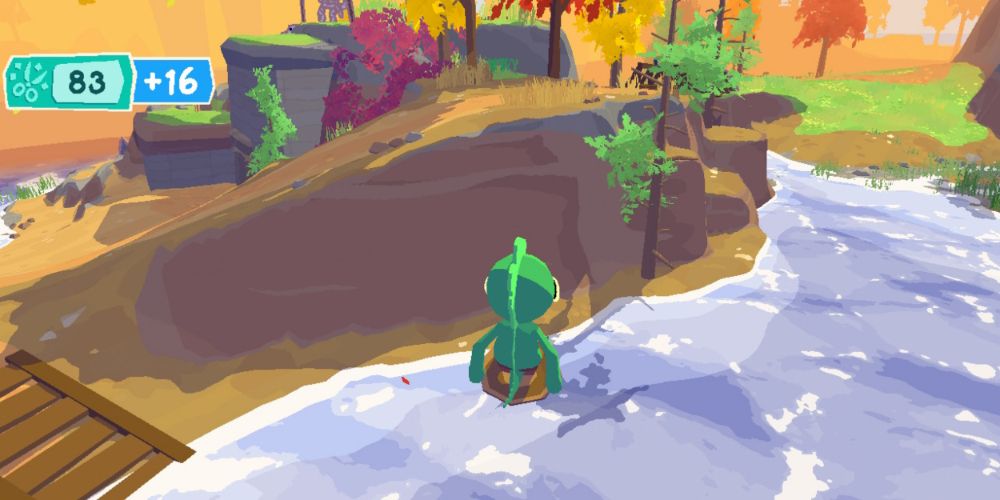 You'll unlock the shield early in the game. The item lets you slide down ledges quickly, move around the island, and perform a flip. If you get a shield, you can use it as a double jump if you activate it at the peak of your hop. Not only will it give you more horizontal distance, but it'll increase your vertical distance slightly.

The small hop can help you access cliffs you wouldn't reach otherwise. If you need to reach a far away cliff that's slightly below your starting point, you can try a combination of maneuvers to cover your platforming needs:

If you perform the combination correctly at the right distance, you'll find yourself accessing new areas and making the most out of your adventure.

You Can Climb Anything 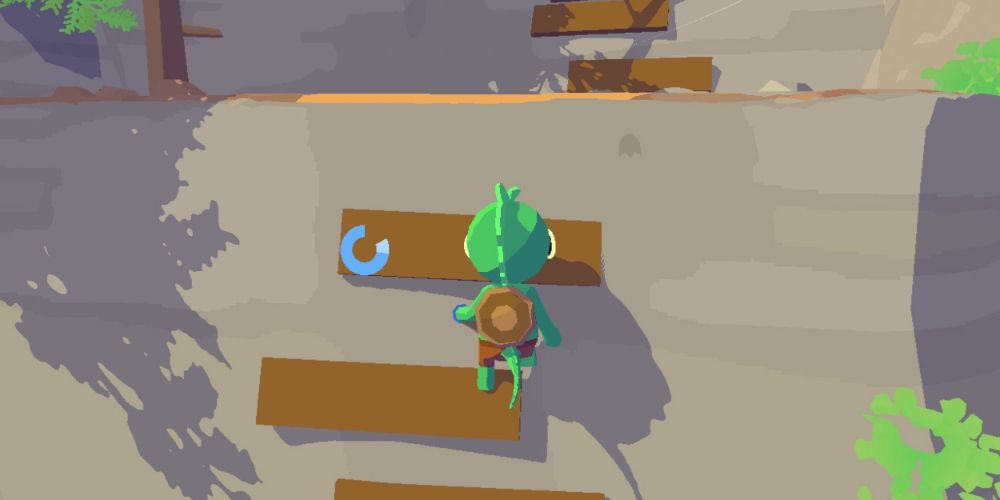 You'll get a bracelet on the small island that allows you to climb cliffs. When you first get it, the game places you next to wooden planks on the wall. The setup may give you the false impression that you can only climb wooden ladders or similar places, but you can climb anything in the game. From trees to cliffs, you'll get to make your way up them, but you have limited stamina.

As you climb up cliffs, the stamina will go down, so you'll slide back down the cliff if the meter runs out. If you try to jump when you have no stamina, you'll perform a small hop and fall to the ground. However, if you try to hop while climbing, you'll use a fair chunk of your energy and plummet. You should jump when you're almost out of energy. Doing so will let you perform a full jump and reach higher ledges.

Explore The Island With Your Glide 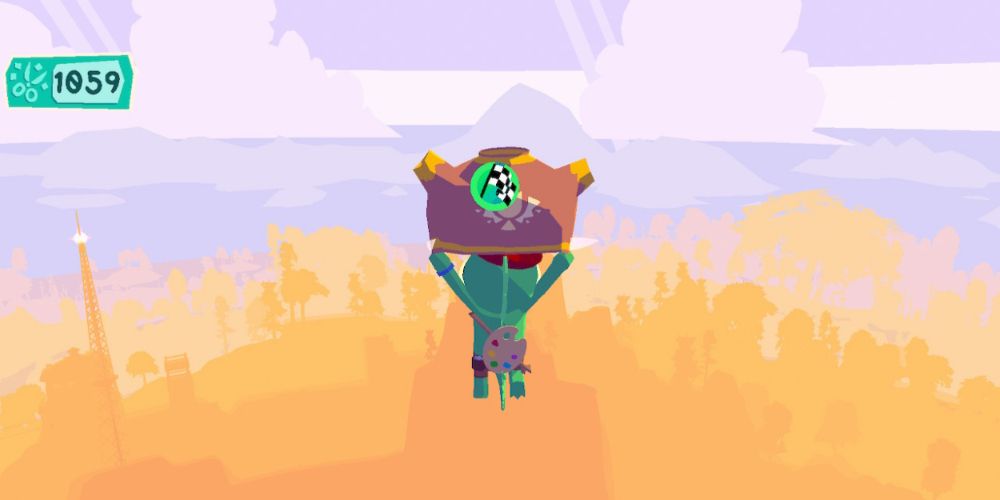 While running around the island can help you find different people and explore, you'll get a better view if you use heights to your advantage. Go to the highest place available, hop off of it, and glide around the area. Since your gliding doesn't use stamina, you can do it while slowly dropping to the ground.

While you go through the air, look around for signs of cardboard, jars, chests, and even friends. Most of them will stand out among the island's greenery, making it easy to pick them out from a distance. This technique works great if you find it challenging to get every friend in the game while also helping you with potential quests.