If you ask a thousand regular Twitch viewers who their favourite streamer is, I would be surprised if more than a handful namedropped Limmy. And you know what, I’m fairly certain the Scottish comedian would want it that way. His off-piste, often deadpan humour isn’t for everyone, and he doesn’t abide by the usual ‘metas’ that Twitch streamers so often chase in order to maximise viewers. He didn’t jump on the slots trend, I doubt he even knows what chess boxing is, and Limmy has never streamed from a hot tub. To my knowledge.

Limmy is meta-proof. He does his own thing, has forged a niche that blends Twitch’s traditional gaming with improvised comedy and ‘Just Chatting’. Tuning into a Limmy stream is like turning up to a comedy show, just with more lorry driving and an occasional marble race. But if you know Limmy, if you’ve seen Limmy’s Show, or even follow him on Twitter, you’ll know that he doesn’t just reel off one-liners, he’s got a surreal observational style that lends itself perfectly to live streaming.

He’s got a few go-to games and routines, my favourite of which are the simulators. While he’s a regular lorry driver across American Truck Simulator and Euro Truck Simulator 2, he also lends his hand to lawnmowing and farming, too. While he rolls along the famous Route 66 or infamous M25, he’ll chat with his viewers, roleplay as the lorry drivers, or tell stories as winding as the roads he drives down. Are they real? Who knows. Who cares? 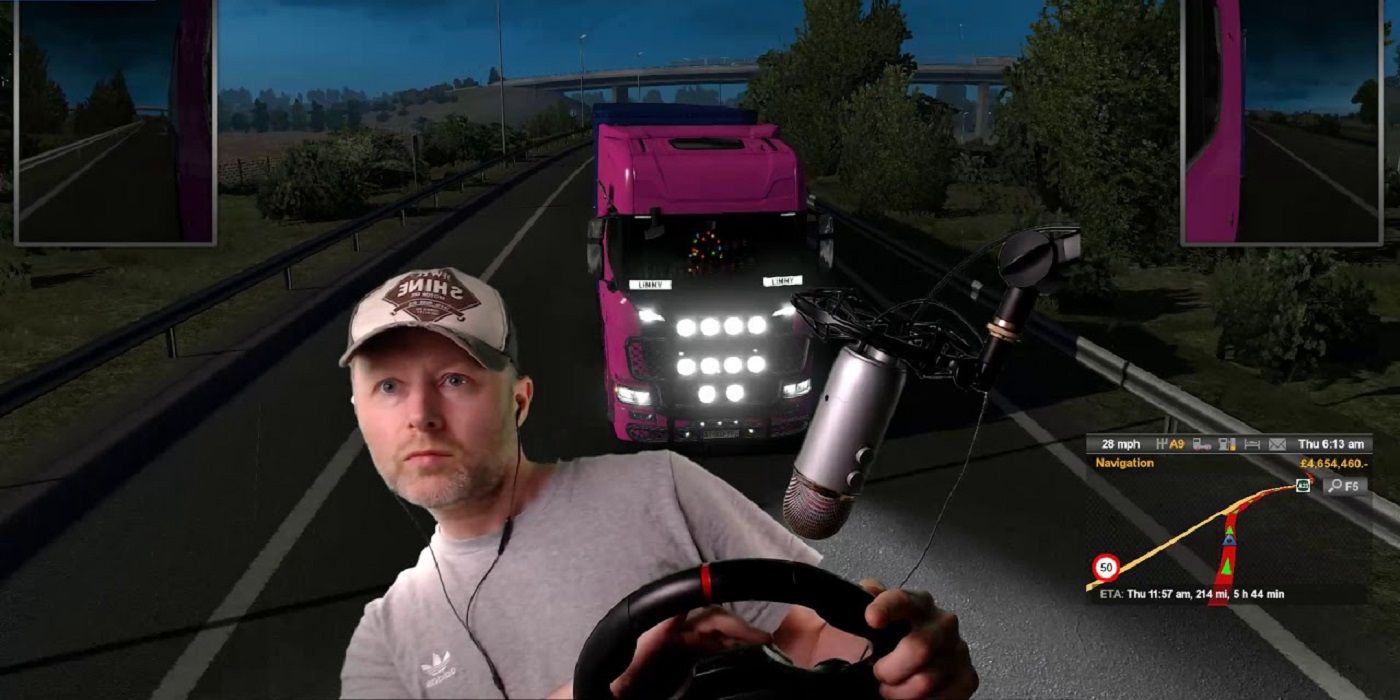 It’s the chatting with his viewers that really sets him apart from other streamers, though. He doesn’t just read messages and shoutouts, he has frank, genuine conversations. He’ll pause a game to Google something that meanders into his head or ponder a particularly interesting question. For Limmy, streaming isn’t about winning, it’s about having a good time with his community. He plays these relaxing, slow-paced games for good reason, to allow him the space to improvise and converse.

He plays other games, too, though. Dead By Daylight is the most ‘traditional streaming game’ he plays, but he still takes the time to pause and interact with viewers even when in the heat of the horror action. Survival games like Subnautica and Rust appear occasionally, in keeping with the slow pace of the simulators, and he also watches a marble simulator regularly, which viewers can join in with. They pick a marble and then Limmy commentates on the spectacle, as tens or hundreds of marbles rattle down rollercoaster runs until one viewer is crowned the victor.

Recently I’ve been enjoying Limmy game show streams, where he watches old TV on YouTube, pausing them regularly to either explain dated references or make jokes at their expense. It’s not something I’d ever tune into if I was scrolling through the TV channels, but his iconic Scottish patter can turn even the dullest concepts into hours of fun. 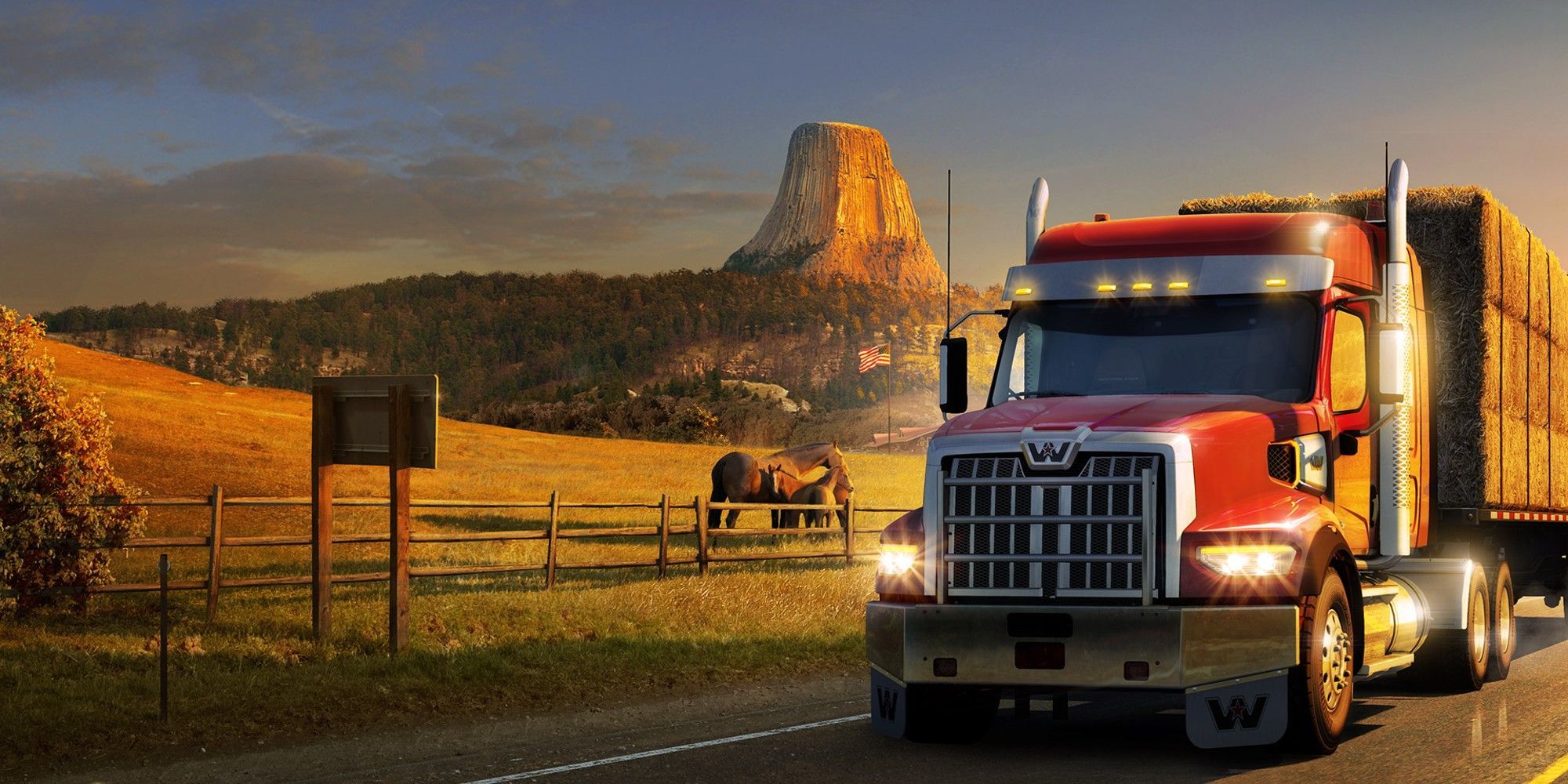 From mundane stories, to backtracking further than a lost lorry driver, to desperately trying to remember the artist who sang an obscure ‘80s tune for ten or fifteen minutes, Limmy creates comedy not through jokes, rather just by being a funny guy. From hours of watch-along streams, to perfectly-timed zooms straight out of The Office as he crashes his truck into an oncoming car, Limmy’s streams are approachable and earnest, easy listening like an interactive audiobook.

While the biggest streamers may be arguing over whether gaming is dead or not, and others are jumping on every flash trend, Limmy is just doing his thing. He’s the perfect accompaniment to working if you have a second monitor, and a great antidote to the high-octane, everything-is-content fever that is modern streaming. If you ever want to chill out, have a few laughs, and properly engage with a stream for once, you won’t regret tuning into one of Limmy’s streams. If nothing else, they’re surprisingly down to earth and VERY funny.