Live A Live was originally released for the Super Famicom in 1994, and there's never been a game like it before or since. The HD remake makes the game accessible to audiences outside Japan for the first time ever, and JRPG fans are in for a real treat.

From its structure to its story to its battle system, Live A Live is truly unique. First-time players might find themselves a bit lost, especially since many of the game's chapters aren't what you'd expect from a typical JRPG. If you're just getting started with the game, these tips will get you started on the right foot.

Weakness And Resistance Are Just Guidelines 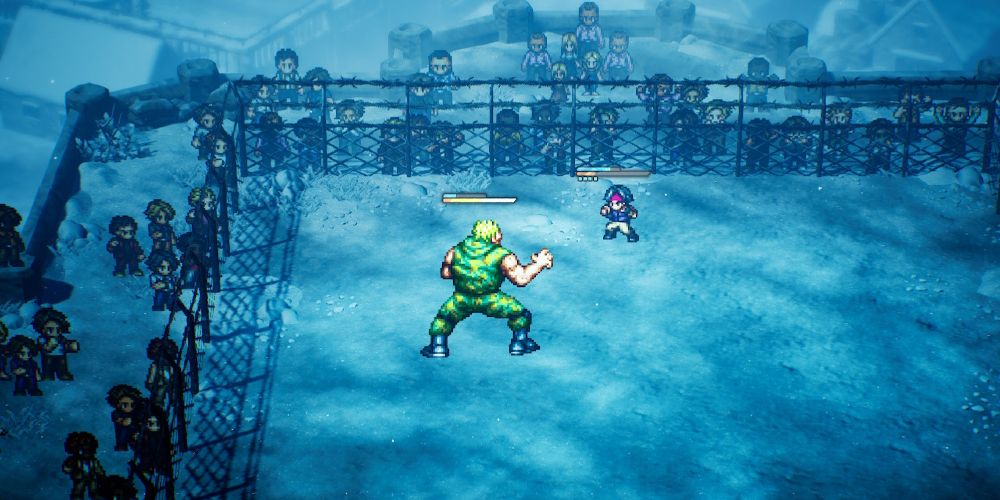 From Final Fantasy to Pokemon, basic JRPG strategy says to find an enemy's elemental weakness and exploit it relentlessly. Live A Live is kind enough to show you each combatant's Weakness and Resistance at any time during battle any time you move your cursor over the friend or foe in question.

While it's still generally a good idea to choose your attacks based on your foe's traits, combat in Live A Live is a lot more flexible than most games when it comes to elemental matchups. The bonus or penalty conferred by a Weakness or Resistance is significant, but not to the point that you'll want to rigidly adhere to the age-old rule.

Many attacks are good enough on their own that you'll get a good result from them even if an enemy has Resistance to the attack's type. Conversely, an attack that exploits an enemy's weakness might have a low base damage or create an effect such as a damage tile that you don't want. Flexibility will win you many battles in Live A Live.

Enemies Are Larger Than They Appear 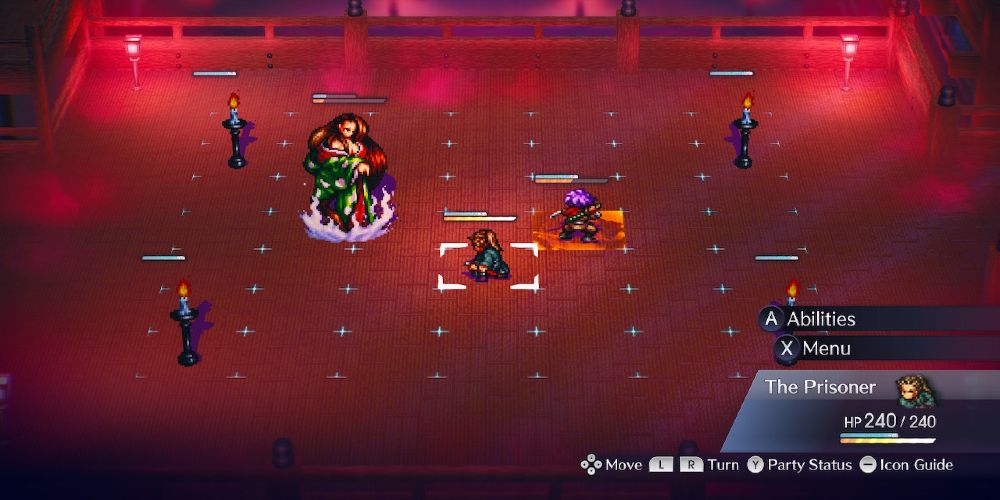 Battles in Live A Live have an isometric viewpoint, with 2D sprites standing in a 3D background like paper dolls. It's a visually striking effect that pays homage to the game's 16-bit roots, but the combat system wasn't built around a 3D environment. For this reason, enemies larger than one tile take up the spaces "behind" them on the Z axis, despite the fact that it looks like you should be able to move through that space.

First-time players might find themselves trying to move behind an enemy or missing an attack opportunity because an attack doesn't look like it can reach the target. As a rule, if an enemy's sprite covers a tile, the enemy is considered to occupy that tile. 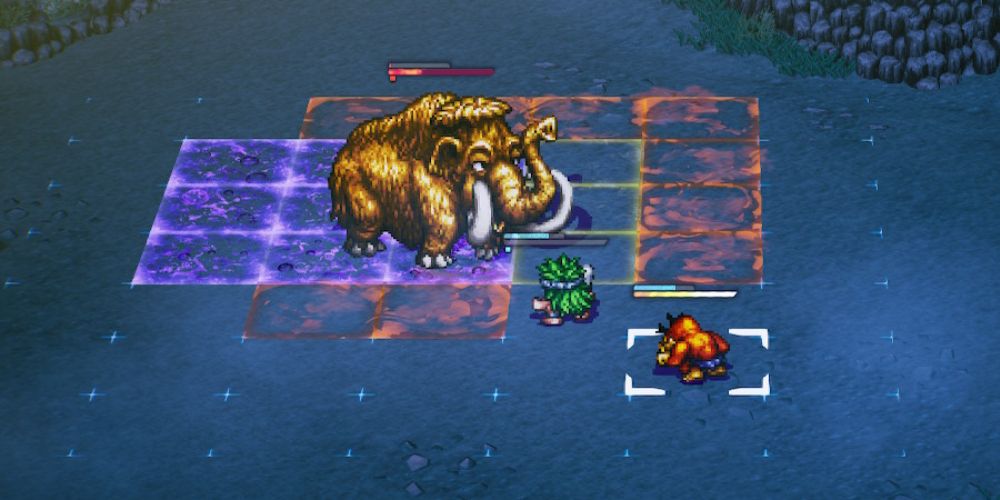 Many attacks create damage tiles, which periodically deal elemental damage to any character or enemy standing on them. Managing damage tiles is key to some of the game's more complex fights, so it's important to know how they work.

If an ability places a new damage tile over an existing one, the old one is replaced. This means that it's possible to replace damage tiles of one element with a different one.

An enemy that takes up multiple spaces will only be affected once by damage tiles of the same element, regardless of how many they're standing on simultaneously. However, an enemy that's standing on two or more different types of damage tiles will be affected by each element. Try to position bosses so that they're straddling two types of tiles to inflict lots of passive damage!

Many foes that make heavy use of damage tiles are healed by their element of choice. For these fights, replace the damage tiles with a different element or find a way to push the enemy off the tiles; otherwise, you'll be fighting an uphill battle. 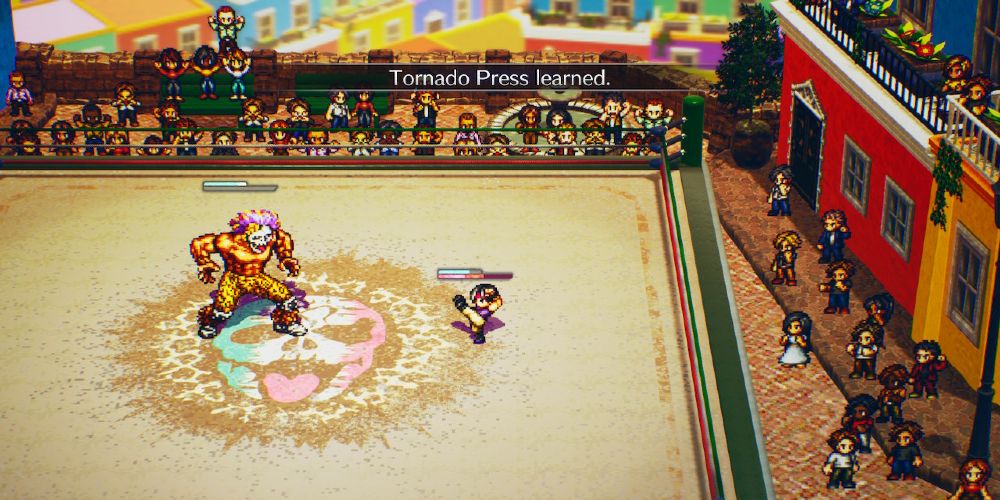 Some of the game's most powerful attacks require a period of charging before they are unleashed. An ally or enemy that is currently charging an attack is indicated by their Charge Meter turning from orange to red. Sufficiently damaging moves have a chance to interrupt an attack mid-charge, canceling it and forcing the user to wait for their next turn.

Attacks that force the target to move from their current position will always interrupt a charge. If you see an enemy with a red meter, push them around to stop the incoming move. By the same token, if you're facing enemies who like to send your characters on unexpected journeys, avoid using charge attacks unless you're sure you can execute them before being interrupted.

The Foreground Hides Many Secrets 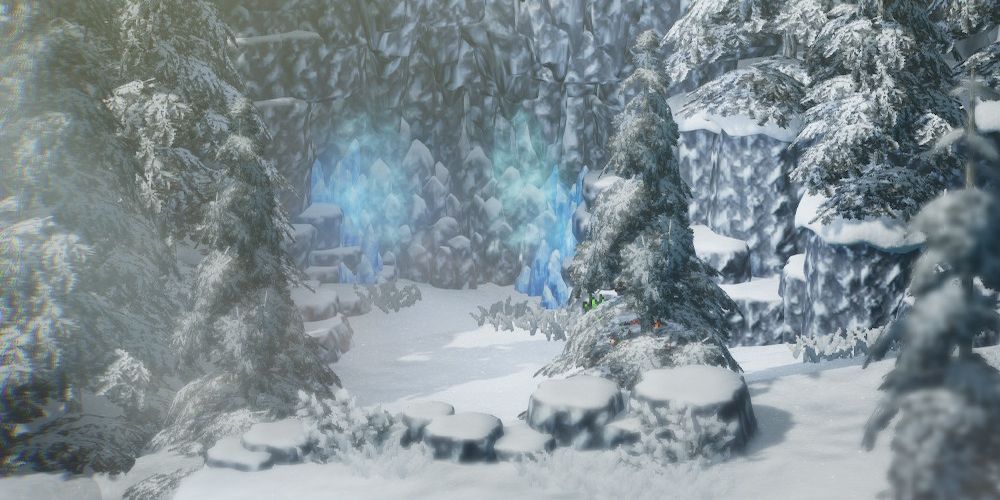 The environments in Live A Live are comparatively small, but there's plenty hiding in them if you know where to look. One of the game's favorite tricks is to obscure chests, doors, and pathways with foreground objects. If you can walk behind something, do so – there's a good chance you'll be rewarded for your curiosity.