Today when you hear the name BioWare your mind conjures up images of Mass Effect, Dragon Age, Baldur's Gate, and other beloved RPGs. But almost 30 years ago, before Grey Wardens and Mass Relays, there was Shattered Steel. This was the Canadian developer's first project, produced by studio co-founder Greg Zeschuk, and it couldn't be more different from the games BioWare ultimately became known for. It is, surprisingly, a mech simulator. It launched on PC in 1996 and Mac in 1997, but failed to make much of an impact—which is why you probably haven't heard of it. It's something of a footnote in the studio's history.

BioWare was founded in 1995 by Zeschuk and Ray Muzyka, fresh medical school graduates who decided to become video game developers instead of doctors. They pooled their resources and raised $100,000 to make their first game, a playable prototype of which—inspired by the popular MechWarrior series—they started shipping around to various publishers. Interplay agreed to back the game, with Feargus Urquhart (now CEO of Obsidian) joining as a producer. This prototype would eventually become Shattered Steel, the studio's unlikely debut and the first piece of software to have the BioWare name stamped on it. 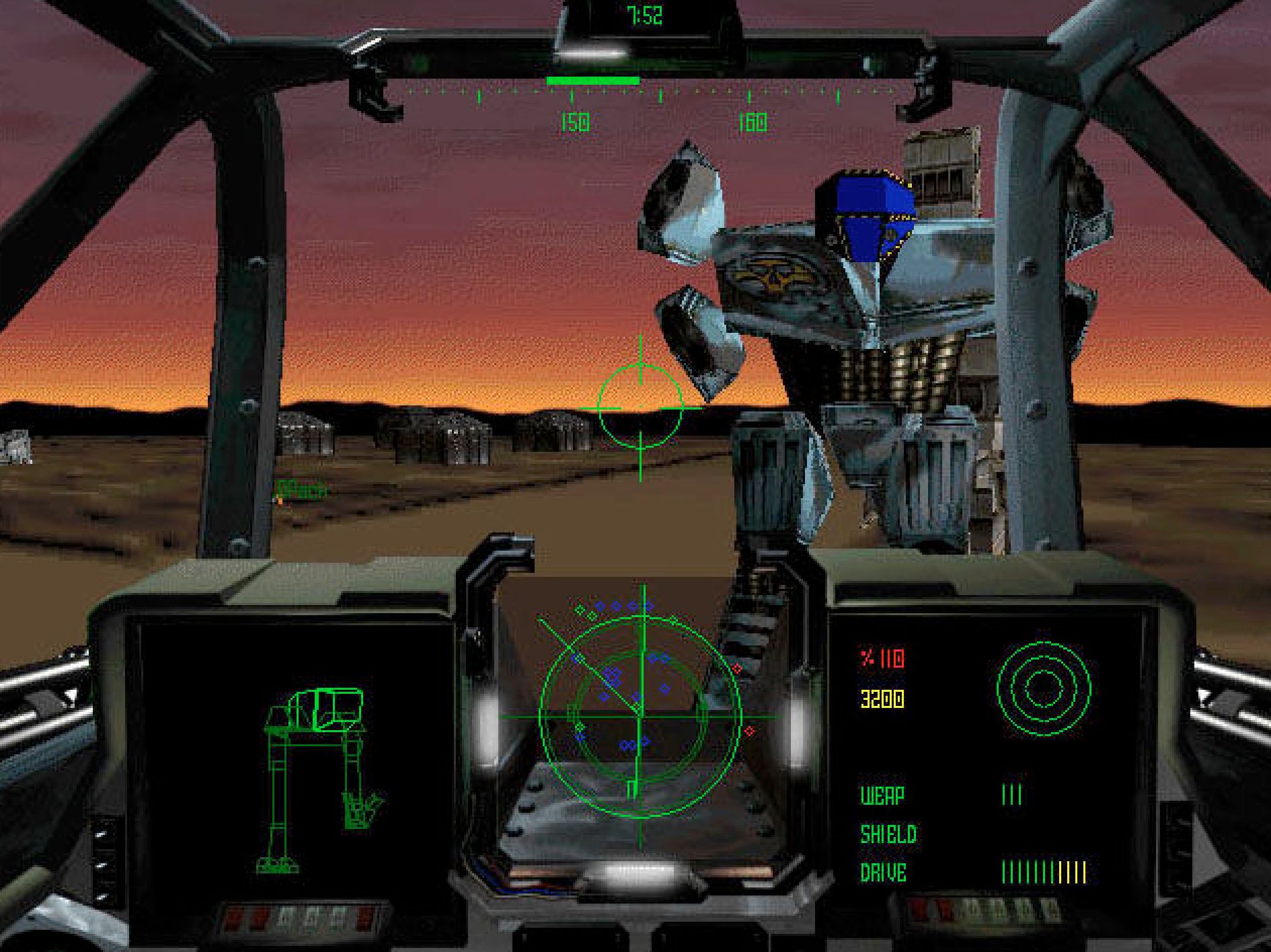 Shattered Steel is set in a bleak, dystopian future where humanity is on the brink of extinction. Set across 5 planets, it's your job to climb into the cockpit of a weaponised mech and fight an army of biomechanical aliens bent on the destruction of mankind. Aren't they always? You play as a mercenary hired by a mega-corporation whose efforts to terraform the galaxy are being hindered by these human-hating extraterrestrials. Hardly the greatest story ever told, but an enigmatic alien race looking to exterminate the human race? That sure sounds like Mass Effect to me. Perhaps those seeds were planted here.

Shattered Steel's mechs, known in-game as Planet Runners, are very much in the MechWarrior mould. Big, chunky boys laden with rocket launchers and machine-guns, clunking noisily into battle. They're basically bipedal tanks, not those acrobatic, jet-boosted anime mechs that gracefully pirouette around the battlefield. As is standard for a mech game, you can mix and match parts—including weapon mounts, shield generators, and engines—to create your own custom war machine. You can slap heatseekers, howitzers, mortar cannons, and even tactical nuclear warheads to your mech's chassis. 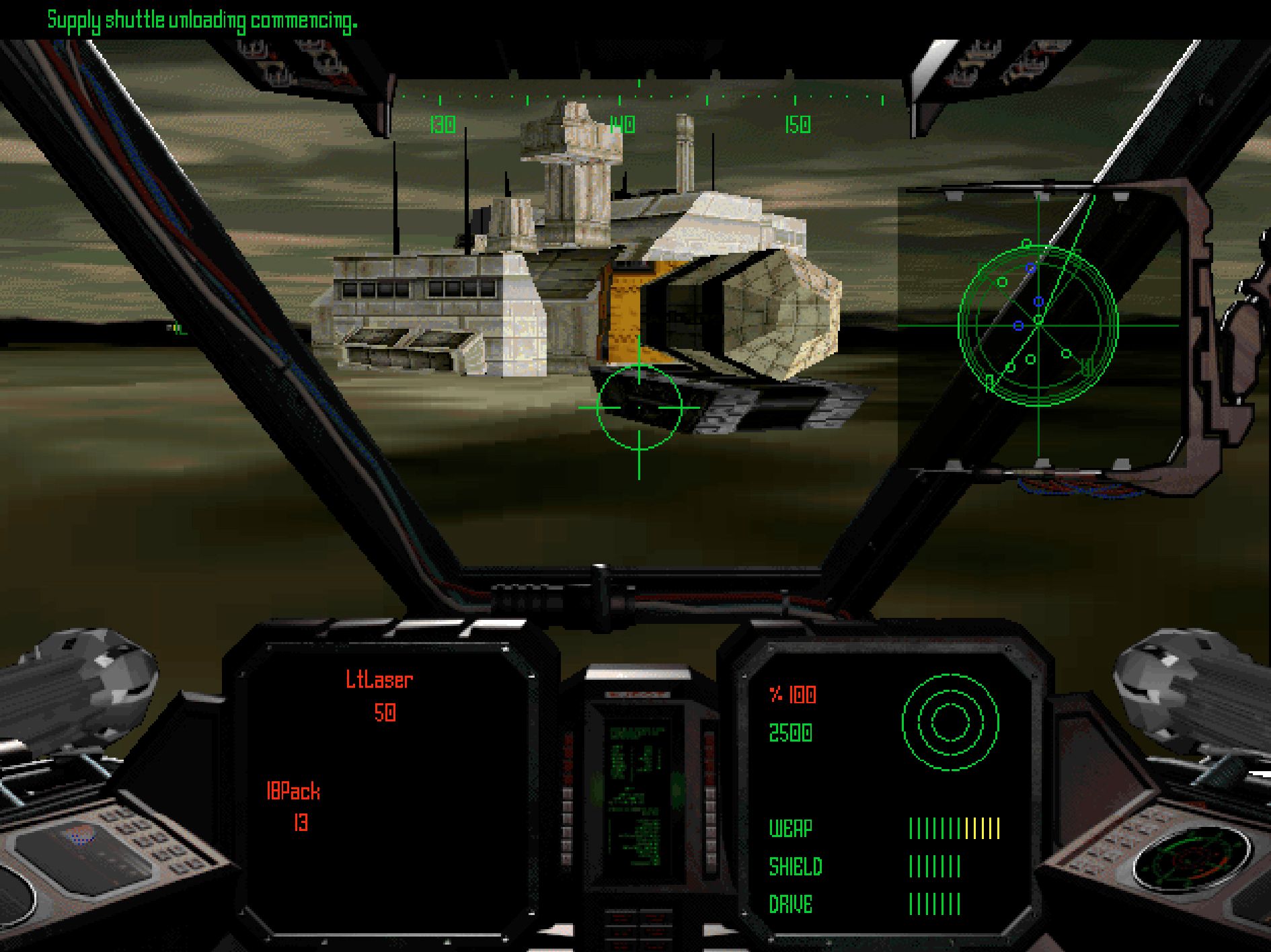 Shattered Steel is a pretty standard first-person sci-fi shooter, but with a few interesting systems. There's simulated terrain deformation, which lets you blow chunks out of the landscape—including creating a colossal crater if you launch a nuke. You can also target specific parts of enemy-piloted mechs, destroying their legs to immobilise them or attacking the head to blind them. Power management adds a light strategic layer as well, letting you direct power to various internal systems to improve your mech's performance—for example, reducing your movement speed to make your shield regenerate faster.

Shattered Steel's problem, however, was that it was too simple. MechWarrior was critically acclaimed for the depth and complexity of its simulation, but BioWare's game was more of an action game in comparison. It wasn't a bad game: it just didn't stack up to other mech games on the market. But it did well enough that BioWare had the resources and reputation to make another game, which ended up being Baldur's Gate—one of the greatest RPGs of all time. It's always fun looking back at popular developers' early games, and Shattered Steel is undoubtedly one of the most interesting blips in a major studio's back catalogue.