As the release of Black Ops Cold War grows closer, Activision has revealed how much storage space PC players will need to run the game at the highest spec.

Earlier this year, Activision released a Call of Duty spinoff in the form of Warzone. A free-to-play battle royale take on the long-running franchise that has taken the genre by storm. Its player base is well over 60 million and it will soon make the transition over from Modern Warfare to Black Ops Cold War, once the new installment in the franchise is released.

While millions have given Warzone a try and subsequently become hooked, chances are most of those millions will have been shocked when first downloading the game. In order to play Warzone, players also have to download Modern Warfare. They don’t have to pay for it, as they won’t be able to access it, but the hefty chunk of storage it takes up has caused quite the stir in the gaming community.

Modern Warfare’s production director has even apologized for the game’s file size, revealing that developers at Infinity Ward are working on reducing it for future games. However, the revelation of how much space Black Ops Cold War will take up on PC would suggest those in charge of such things aren’t working hard enough. 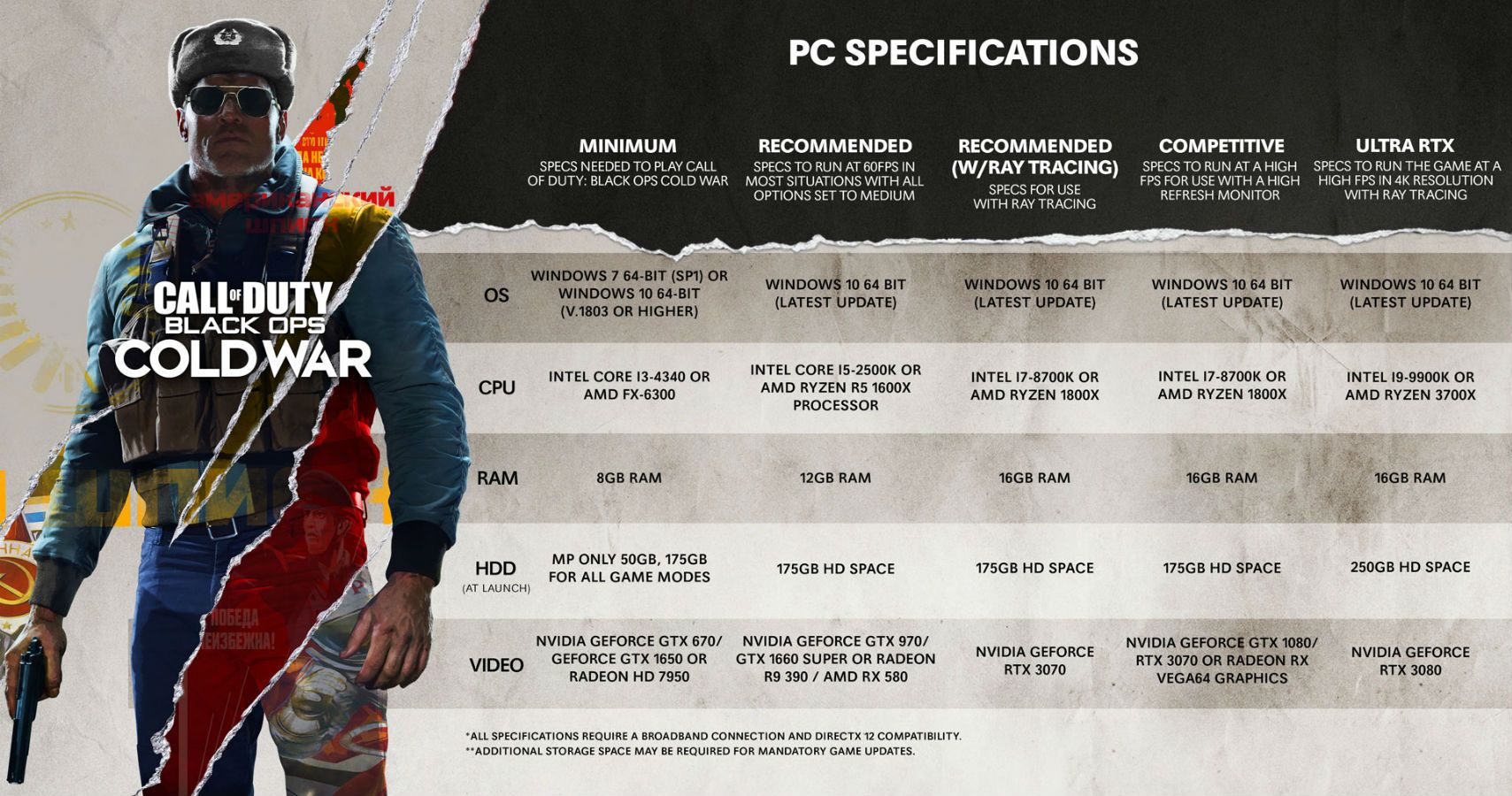 PC players who plan on playing the full game with 4K textures and ray tracing enabled will need a whopping 250GB of free space for Black Ops Cold War. Modern Warfare required 175GB but has since gone way over the 250GB mark thanks to updates. Since Black Ops Cold War will be starting at this higher threshold, who knows where it might end up once the updates start rolling in.

Players do have options that will allow them to reduce the game’s file size. Without 4K textures and ray tracing, Black Ops Cold War will need 175GB of storage. Even better, anyone only interested in playing multiplayer will only need 50GB of free space. The amount of space console users will need is yet to be revealed. However, since the options available on next-gen consoles will be similar to the ones offered on PC, chances are it won’t be far off the 250GB mark.