In Lost Ark, each continent has a corresponding chapter in your Adventurer’s Tome. Completing the chapter for East Luterra gives you some unique and powerful rewards. But to do so you’re going to have to spend a lot of time here exploring. That includes finding and defeating the following 15 monsters.

To do so you’ll have to explore seven of East Luterra’s nine areas. But you won’t need to revisit any of the dungeons or find and explore any secret or hidden areas. That said, some of these areas are huge and the monsters are easy to miss. So, if you’re missing some from your list, you can find all the locations below.

Note: Some of these monsters may also be found in other locations. 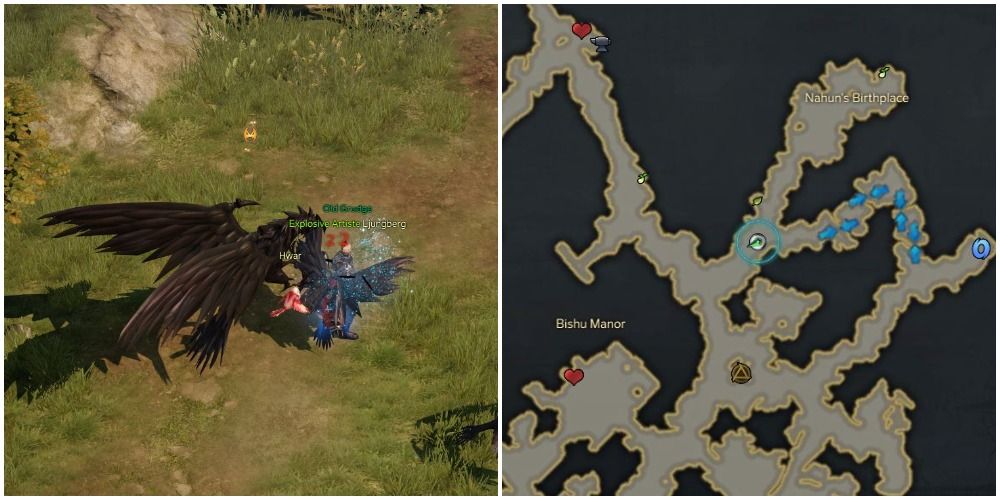 Head north from the Bishu Manor Triport to the fork in the road. If you turn right, towards Nahun’s Birthplace, you’ll come to another fork. Here you’ll see a massive crow with a group of normal ones. This is the Bulky Crow you need for your tome. 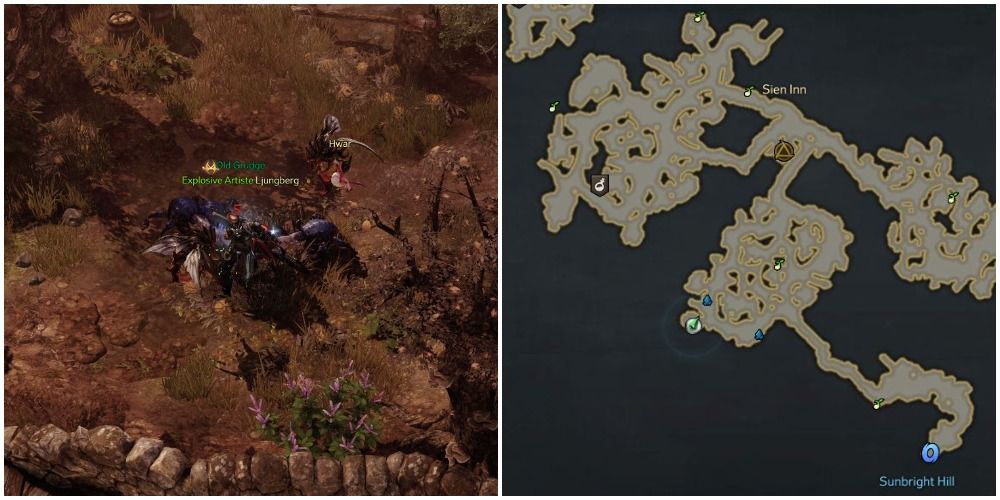 From the Sien Inn Triport, follow the path south into a large area of houses that’s filled with insects. Stick to the left-hand side of the map and follow the path right down into the southwest corner. There’s a small field at the end, just on the corner as the path turns west. The Creepy Orchard Weevil is in the field. 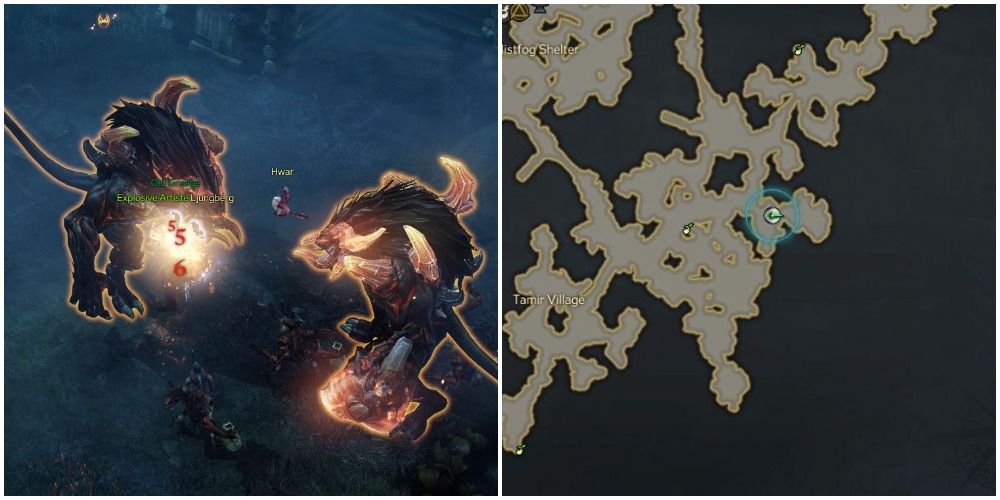 Leave Tamir Village and go through the center of the region above, as if heading towards the Borea’s Domain portal. If you take the right of the two paths as you move up, you should come across a guard called Weiny. Turn east here.

As you enter the next area, you’ll find your Evil Legion Commander. He has around 10,000 health, hits hard, and usually has at least one other mini-boss level monster with him, so be careful. At lower levels, this is a tough fight. 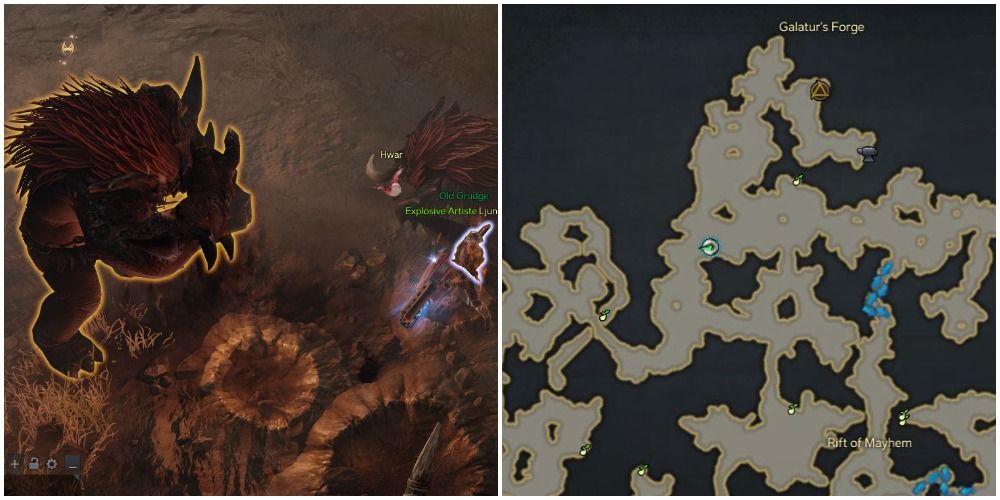 Go south from Galatur’s Forge. When you come to a large area, head for the south exit. Just as the area thins out, before you get to the broken cart on the right of the path, you will find the Frenzied Agarus. 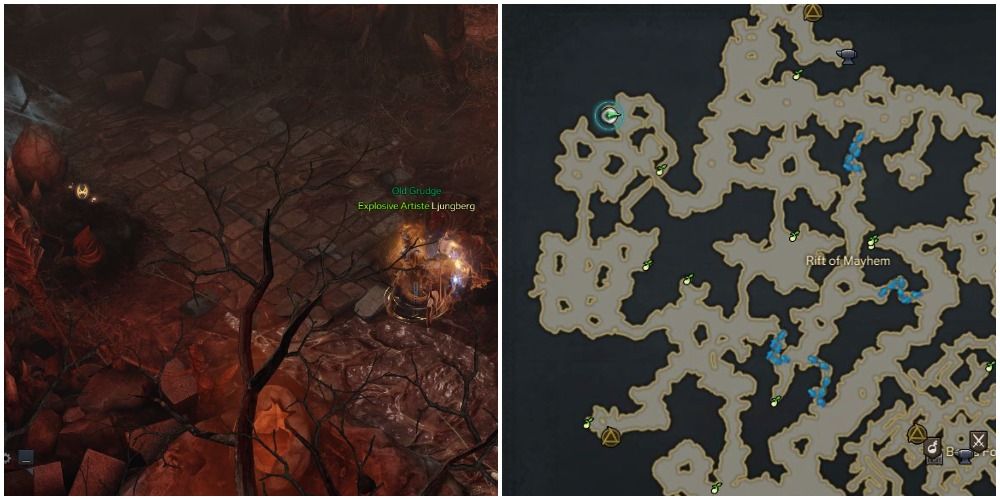 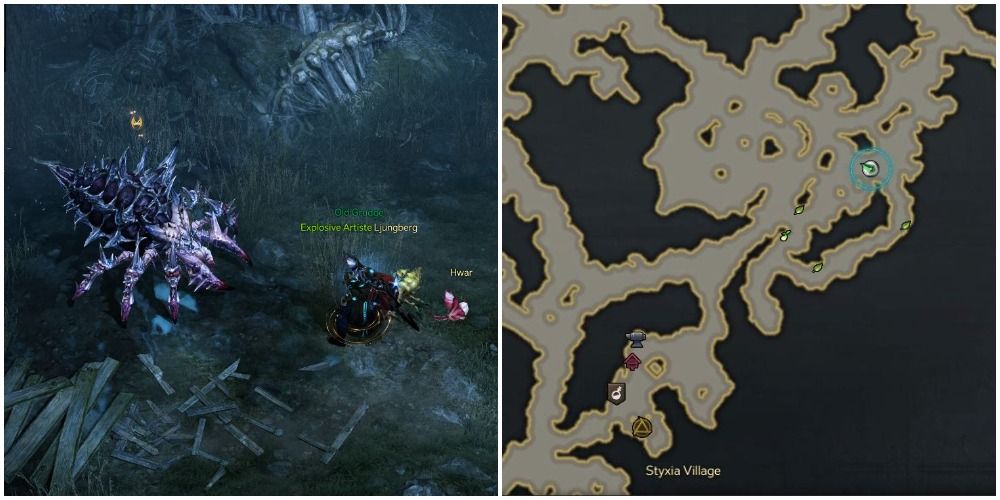 From the Styxia Village Triport, leave the village by the north gate and head right at the fork. Follow the path you’re on towards the Leyar Terrace Portal and you should run into the Giant Black Rose Spider, by a large carcass on the left of the path. 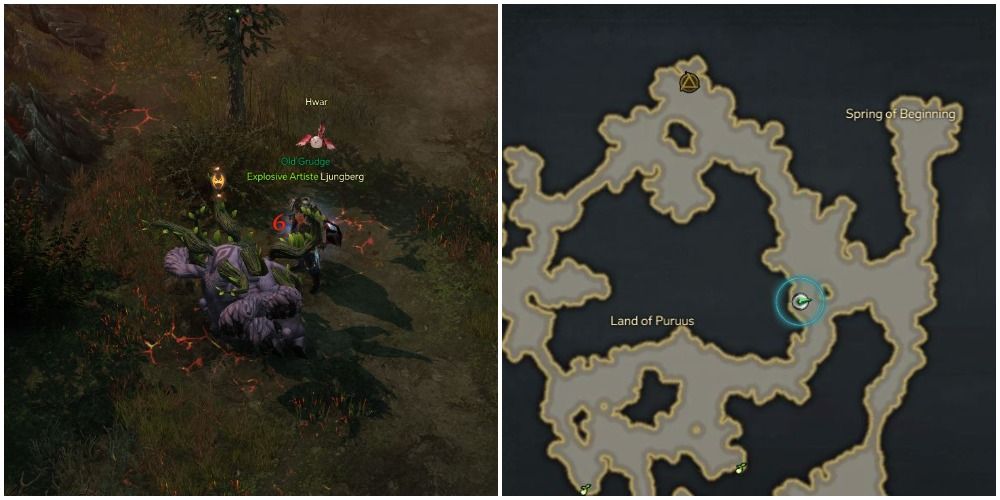 Follow the path southeast from the Land of Puruus Triport. In the next area, you come to keep to the west side and head towards the southern exit to the left of the rock. You will come across the Giant Puruu Warrior there. 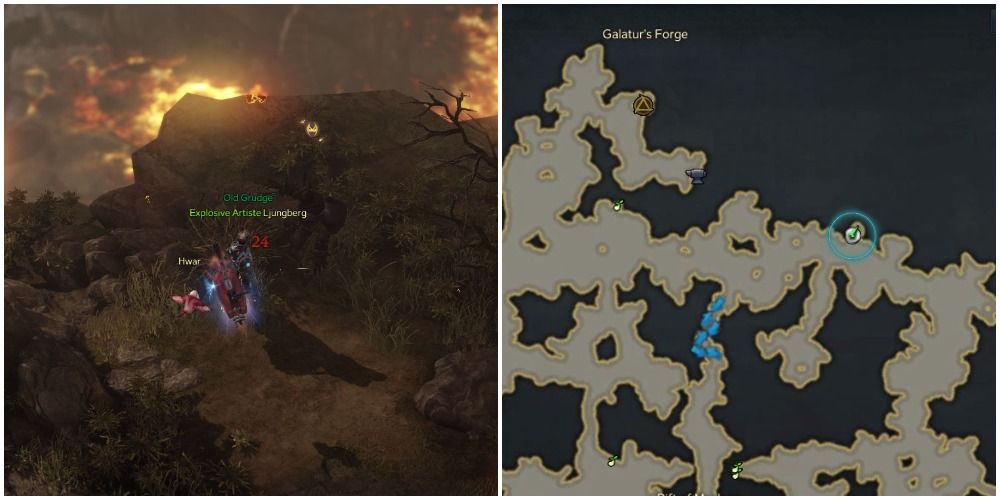 Head out of the Rift of Mayhem by the northern exit and head east in the area you come to. There is a dead-end path heading south. At this junction, there are several Lonesome Gerods. 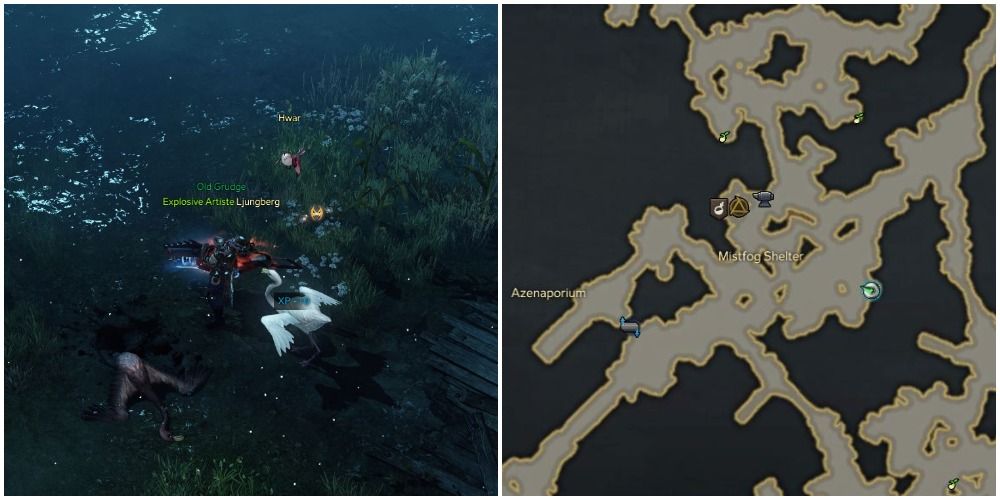 From the Mistfog Shelter Triport, walk a short way east and then south at the signpost, into the flamingo area. Follow the east side of the area until you see a broken cart on the rocks. A Mad Lead Flamingo will spawn here. 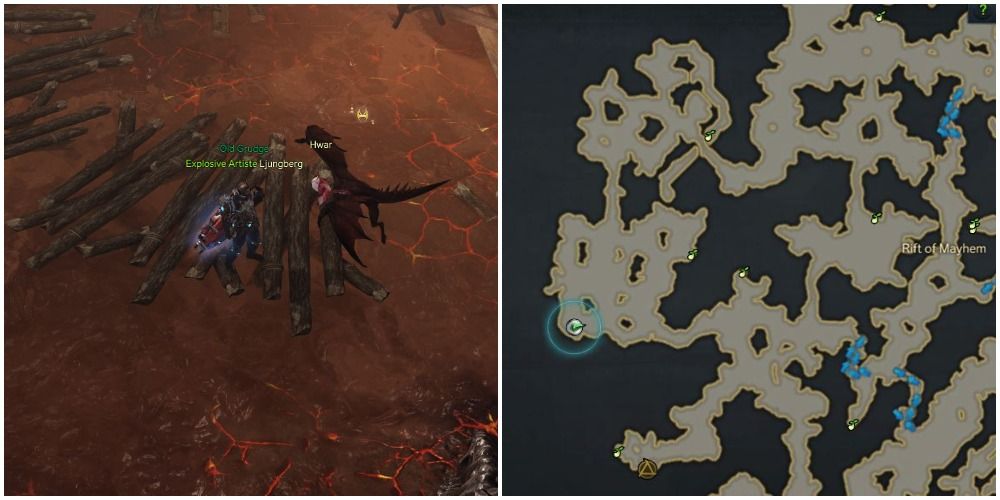 Head north from the Forlorn Camp Triport and then west into the south of the two large areas on the west side of the Borea’s Domain map. As you enter the area, stick to the south side of the area and work into the southwest corner. Here you’ll find your Merciless Trill. 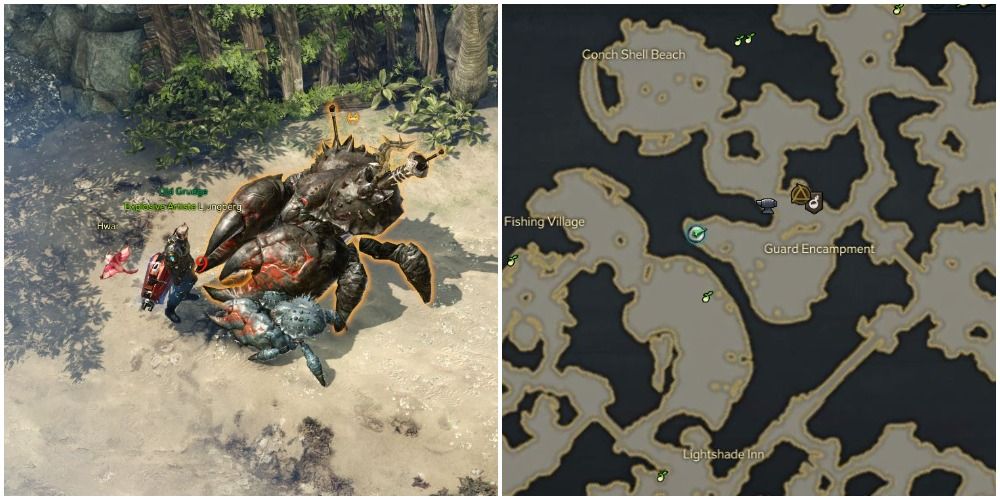 Leave the Guard Encampment Triport southwest onto the beach. Head into the west corner, and you’ll come across the Predator Crab. 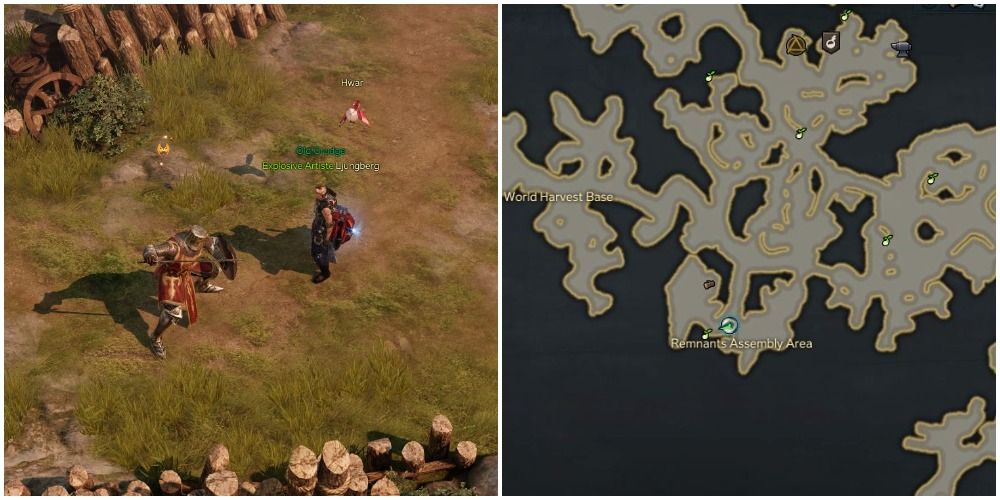 From the Pumpkin Farm Triport, head directly south into the Remnants Assembly Area. Take the central path into the area, past Tara’a Husband Hank. At the end of the path, standing by the sunflowers, you’ll find the Scherrit Army Gladiator. 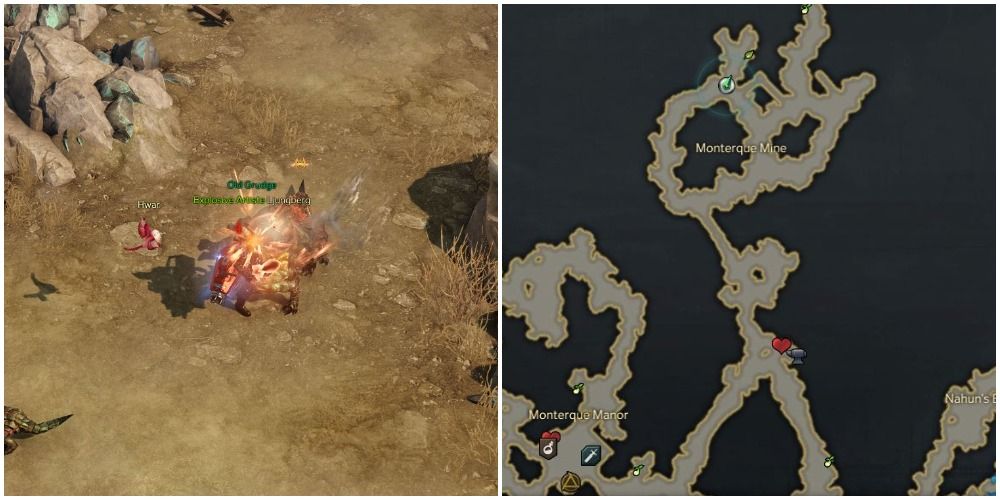 Go to the far northern end of Dyorika Plain, to Monterque Mine. At the end of the wooden bridge that leads to the mine, follow the left fork right to the back. You’ll get to a junction and the Sturdy Red-Eared Mythical Bird will be here, at the entrance to the northern branch of the path. 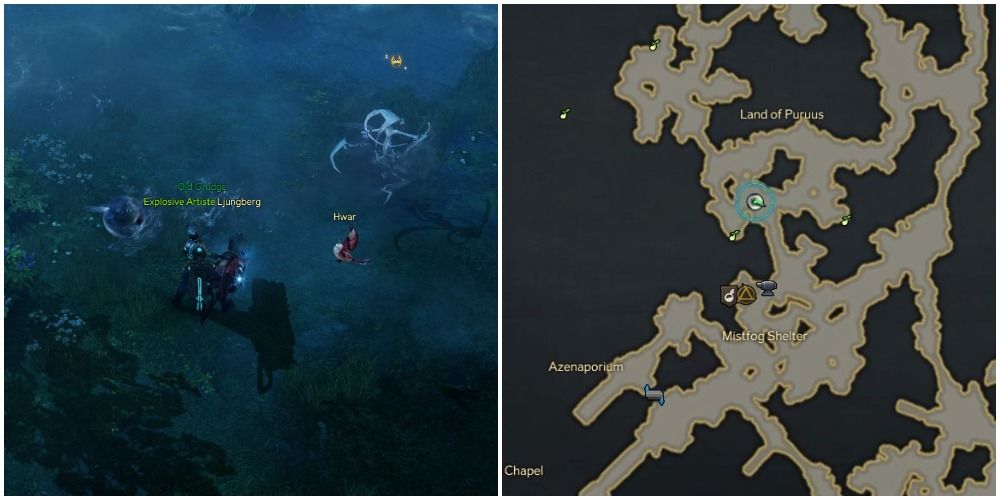 From the Mistfog Shelter Triport, follow the north path. As you enter the Land of Puruus, keep going straight through the area, and you should encounter the elemental you need. The creature you’ll battle is called a Controlled Water Tornado, but it will fulfill the requirements of this monster type in your Adventurer’s Tome. 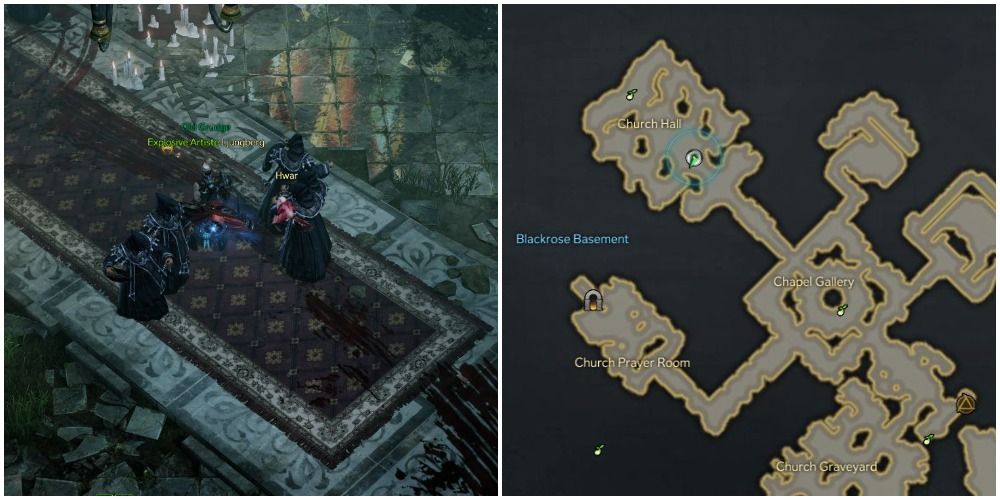 Go northwest from the Chapel Interior Triport, through the Chapel Gallery, and into the Church Hall. Go up the first set of steps and the Wicked Heretic Preacher will be right there in front of you.