The first four Guardian Raids in Lost Ark serve as an introduction to endgame mechanics. These bosses are fairly easy when compared to Abyss Dungeons, yet they train you to improve your positioning and skill usage. Plus they give quite a few upgrade materials, so they're always worth running.

Icy Legoros is the third boss of the first set of Guardian Raids, acting as the first boss with debuffs. Players that have movement skills should have no issue taking on this icy beast. But for those who are new to Guardian Raids or struggling to defeat this boss, we'll break down every attack in this fight and the best ways to counter them.

How To Defeat Icy Legoros 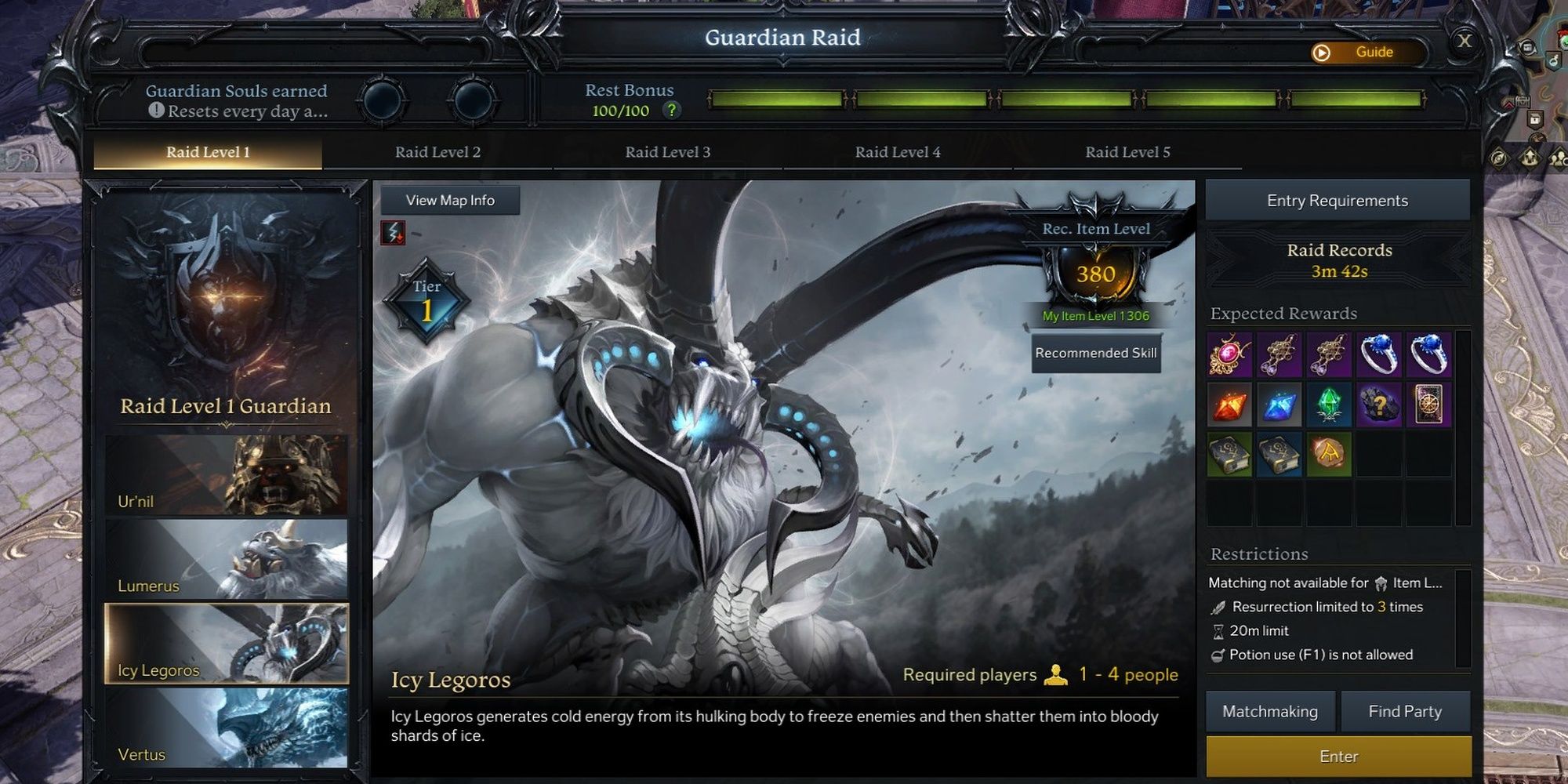 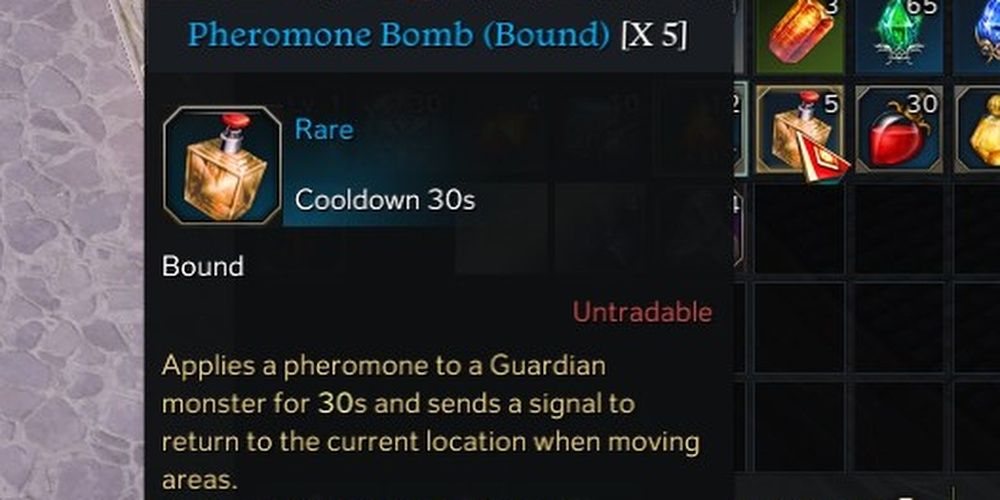 HP potions are a no-brainer here, although you might want at least one party member to bring flares. This will let you mark the boss on your minimap, making them much easier to find. Beyond that, your last two battle item slots are up to you. Electric Grenades are a good idea since the boss is weak to lightning damage, but this isn't required. Support characters should consider bringing Sacred Charms to remove the freeze debuff from allies. DPS characters should bring Pheromone Bombs to prevent Legoros from retreating. All of these battle items can be crafted at your stronghold. 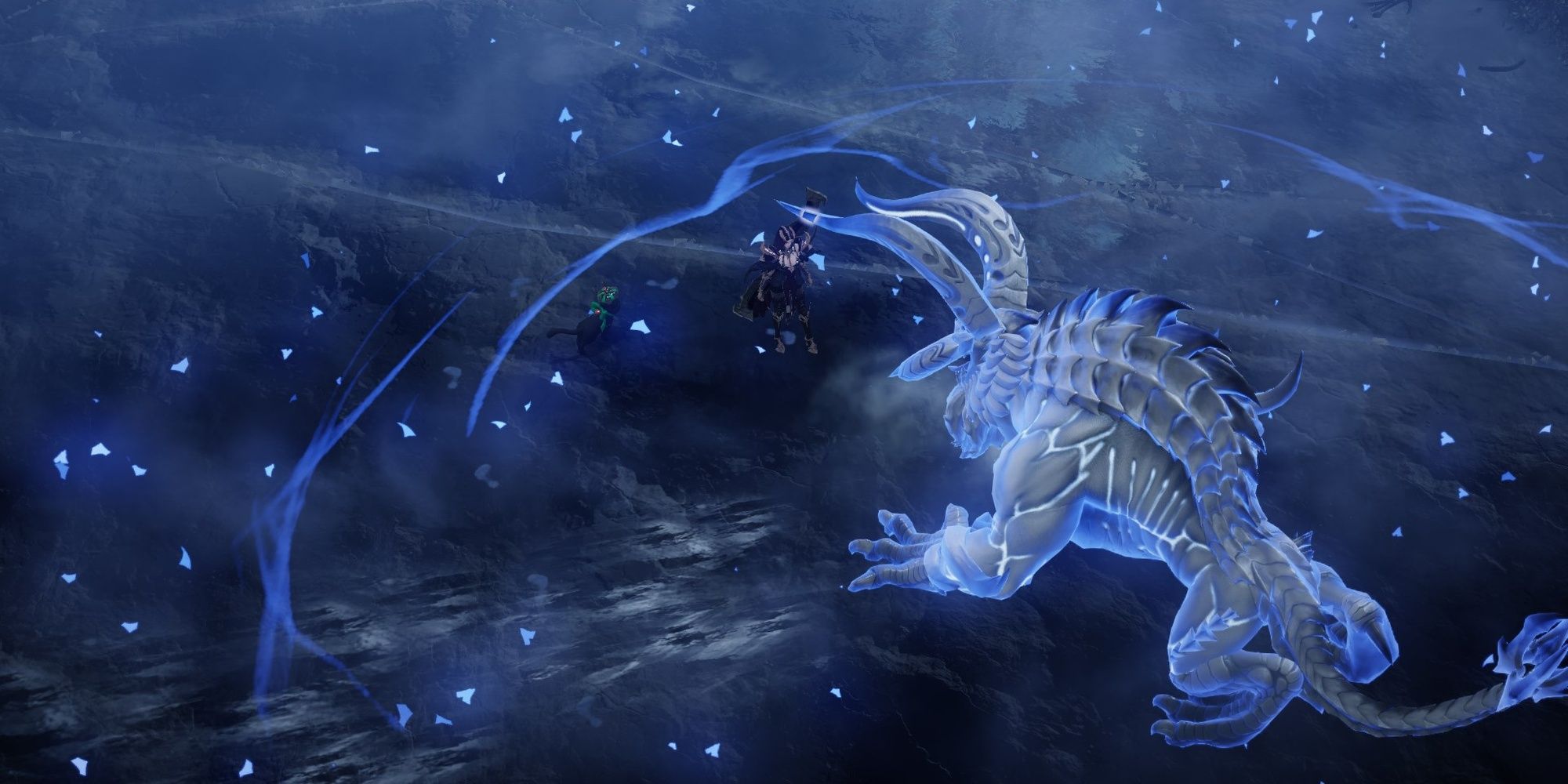 If you could handle Lumerus, you can handle Icy Legoros. This fight relies heavily on reading telegraphs and staying on the move. Avoid standing in front of the Guardian, and remember to use your movement skills and dash when an attack is incoming. Speaking of attacks, here's what Icy Legoros will do throughout the fight: