If you’re keen on collecting mokoko seeds in Lost Ark, Medrick Monastery is a must-visit. Whether you’re collecting as you go through the zones or returning later, the area has a bumper crop of 13 seeds – the most of any world map area to this point.

On the downside, two of the mokoko seeds here cannot be collected until you’ve learned the Song of Resonance. You can only get this once you have your first ship, have sailed to Pleccia Island, and purchased it from Treasure Hunter Igran. But until then, you still have 11 seeds to find and collect in the area. 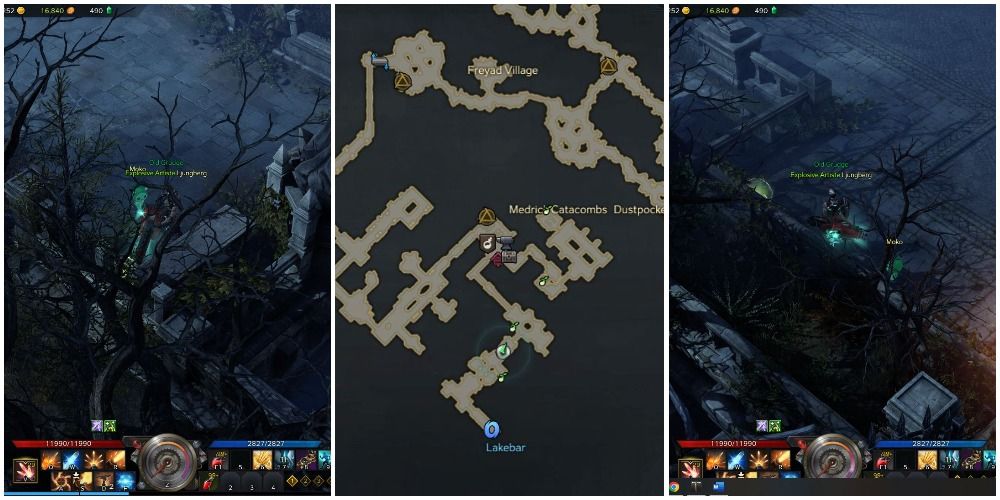 Mokoko Seeds One And Two – Near The Entrance From Lakebar

When you enter Medrick Monastery from the Lakebar portal, follow the path as it turns northeast. Just past the six large statues, turn right and deal with the Darkness Cragoliths there. Head right to the southeast corner to find the seed.

For the second mokoko seed, continue following the path northeast until it turns to the left. Just as you do so, hug the left-hand wall to find it just around the corner. It’s hard to spot but is visible, just. 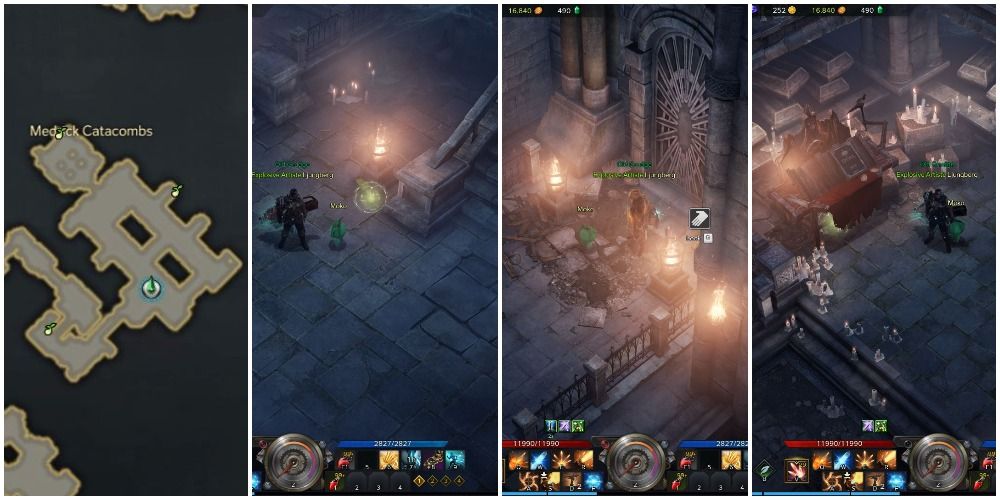 Head southeast from the Medrick Monastery Triport into the catacombs. Your first seed here is at the bottom of the third set of stairs. It’s in plain sight in a safe spot just below a burning torch on the left-hand side.

The main room of the catacombs has several small recesses along the sides. Head to the third one (of four) recesses on the right-hand side of the room. You’ll see it there in plain sight, near the back wall.

Finally, head to the top right corner at the very back of the catacombs. There’s a reading desk with a large book on it, and a red cloth hanging down the side of the table. The mokoko seed is under the table. 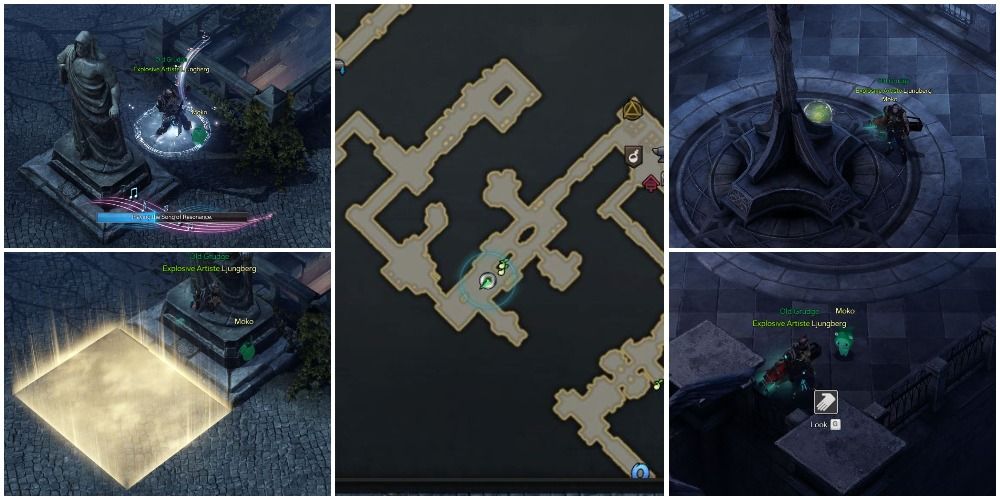 Warning: These two seeds require you to have learned the Song of Resonance (see the introduction, above). Follow the path southwest from Medrick Monastery Triport until you’re outside. Stay in the middle of the path until they reach a large statue of a man. Play the Song of Resonance here and the statue will move, revealing a glowing area. Step into the glow to be transported to a secret room.

Once inside, you’ll see a large statue of a sword. The first seed is hidden behind the statue. Now head directly south of that seed into the corner of the room. The second is right in the south corner of the main room, hidden by the corner piece of the wall. Be careful when you step back outside from the secret room, as you’ll likely appear in the middle of a small group of mobs. 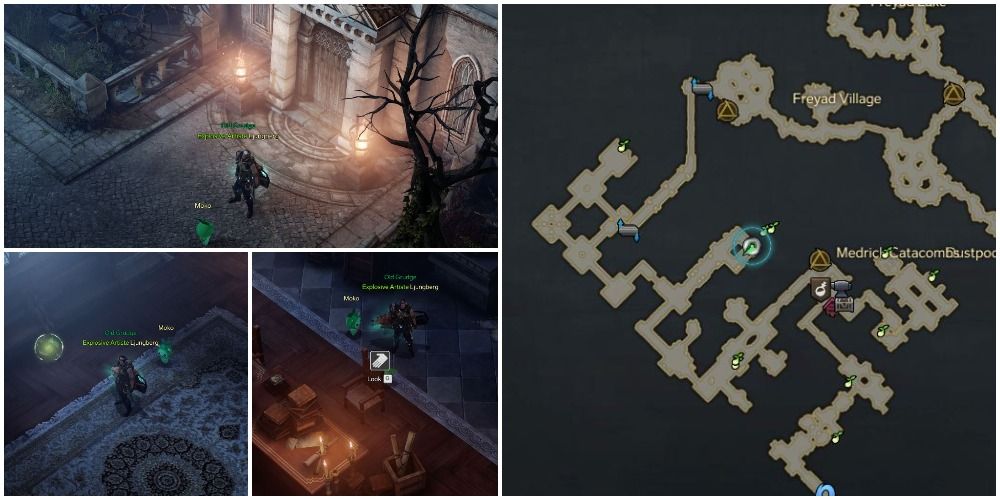 Continue your journey away from the monastery, turning the first northwest and then northeast. Don’t turn left here though – continue straightforward (northeast) until you reach a building at the far end. There’s a door in the east corner flanked by two torches. Walk up to the door, and you’ll magically walk straight through into a secret room.

Once inside the secret room, you can’t miss the first mokoko seed to the left of the large rug in the main central area. And the second isn’t doing a great job of hiding either, being just behind a chair by the large desk in the northeast corner of the room. 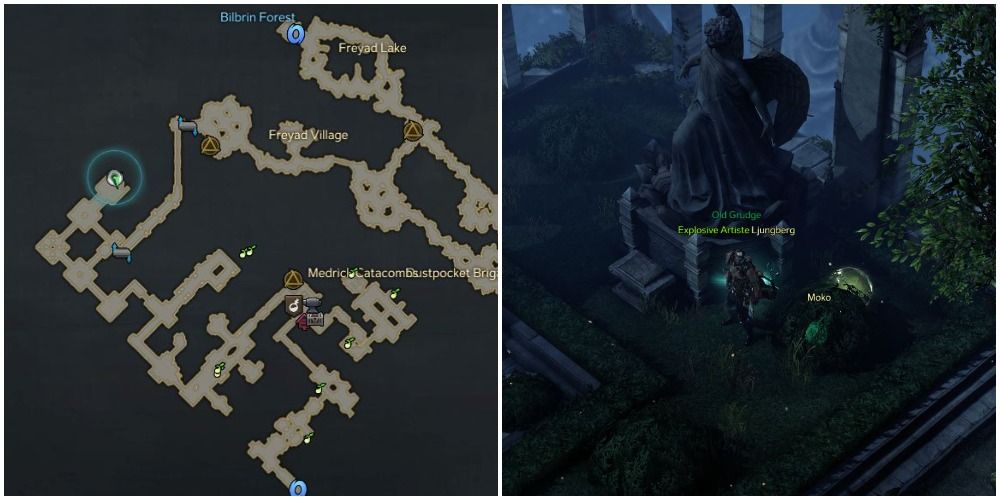 If you’ve missed this one, the quickest route is to use the elevator just west of the Nahun’s Lift Triport. Follow the path south and use the second elevator. Once of it, head northwest into the small square and then northeast into another one.

Here you’ll find a named Cragolith, called ‘Leak’. He packs quite a punch and has just over 10,000 health. So, if you’re exploring beyond your level this may be quite a challenge. If you can avoid or defeat him, head to the north corner of the square where you’ll see a statue of a winged humanoid. The seed is to the right of the statue (and left of the large tree), partially hidden behind a bush. 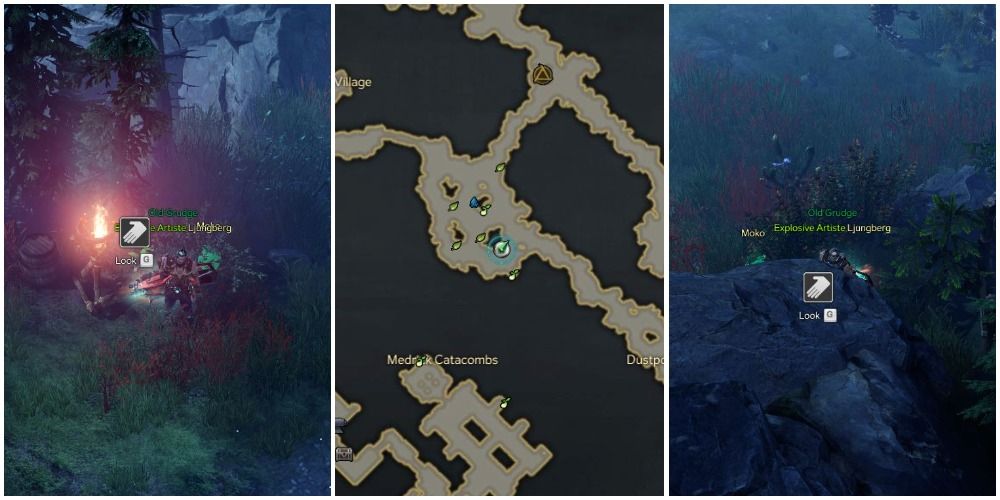 For the next two seeds, head southwest from the Freyad Lake Triport. As the area opens out, follow the southeast fork of the path past several large rocks on your left. Just below the rocks is a row of trees with a barrel and a wooden torch at their base. The mokoko is in the bushes to the right of the torch. Just be careful of the five Dustpocket Plunderers that regularly spawn here.

From here, continue the path you were following southeast – but don’t leave this small area. Instead, just before the path thins once more, follow the rock line southwest (where you see a couple of supply bags wrapped with trope, next to another wooden torch). If you hug the south border, you’ll soon come across another hidden mokoko seed – invisible behind the rocks just below another group of plunderers. 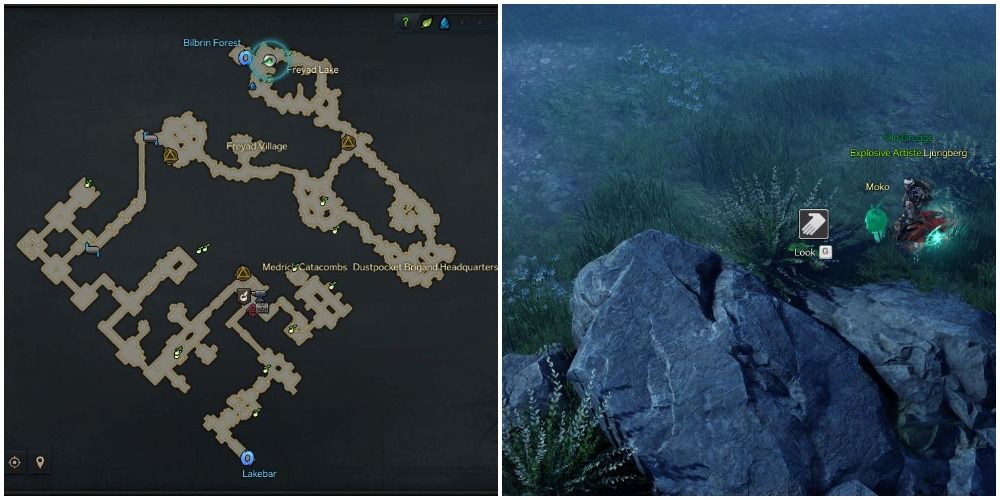 For Medrick Monastery’s final mokoko seed, this time head northwest from the Freyad Lake Triport towards the Bilbrin Forest portal. Head around the north side of the lake, until you reach its northwest corner. And be careful as you travel here, as there are several named locusts which can cause you some trouble. They have more than 7,000 health, bring friends, and are hit with poison.

You’ll find a large rock outcrop at the northwest corner of the lake. The seed is partially concealed in the bushes in front of the rocks. And from here it’s just a few steps to Bilbrin Forest, where you’ll find – amongst other things – nine more mokoko seeds.