Collecting mokoko seeds is a great way to boost your Lost Ark characters. The rewards range from rare cards and potions right up to exclusive ship crew members and silly transformations. And better still, you can start collecting from the very earliest game zones.

A good case in point is Rethramis Border. Despite being a relatively small area, it has an impressive 10 mokoko seeds – more than any other map in the first two continents. Below you’ll find detailed information on how to find each one. And they’re all relatively accessible, even on your first visit. Just keep an eye out for continent big boss, Rudric… 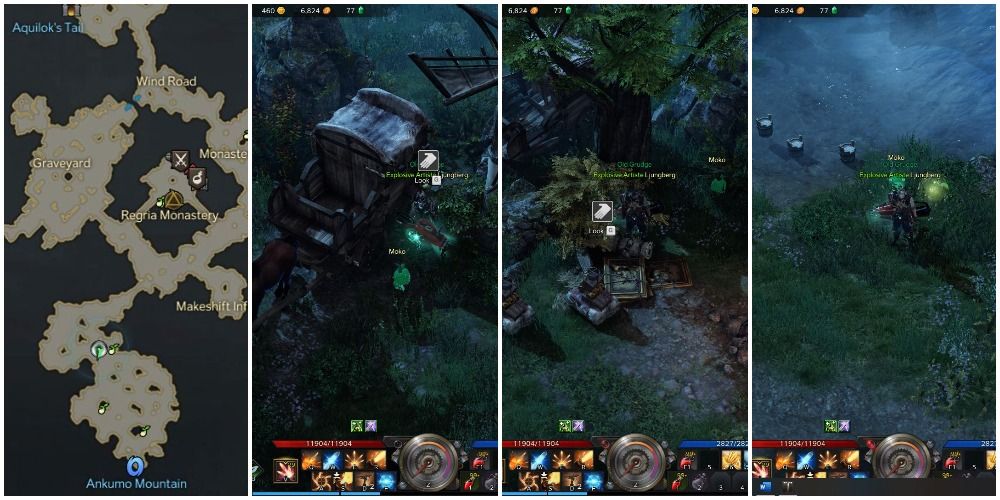 Mokoko Seeds One To Three – Entrance From Ankumo Mountain

As you first enter the region from the south, move directly north until you see an NPC called Jeda, standing by a horse and cart. The first mokoko seed is just visible by the back wheel of the cart (the wheel nearest to the windmill). You should be safe to the south of the cart, but you need to walk to the back of it to pick up the seed. This might mean you attract attention from a local mob or two, so watch your back.

The next is just a little way to the northwest. You’ll find a large tree next to another windmill. You’ll find your second mokoko seed at the base of the tree in a bush, just above a pile of paintings. This is also a hang out for a small group of raiders, but you should have no trouble dispatching them. Just try to take them out in a group, giving you more time to get the seed before they respawn.

The third is very easy and in a nice safe spot, so you can catch your breath. Keep moving north until you find a group trying to put out a fire. The mokoko is right next to the lake where they’re gathering water, in plain sight. 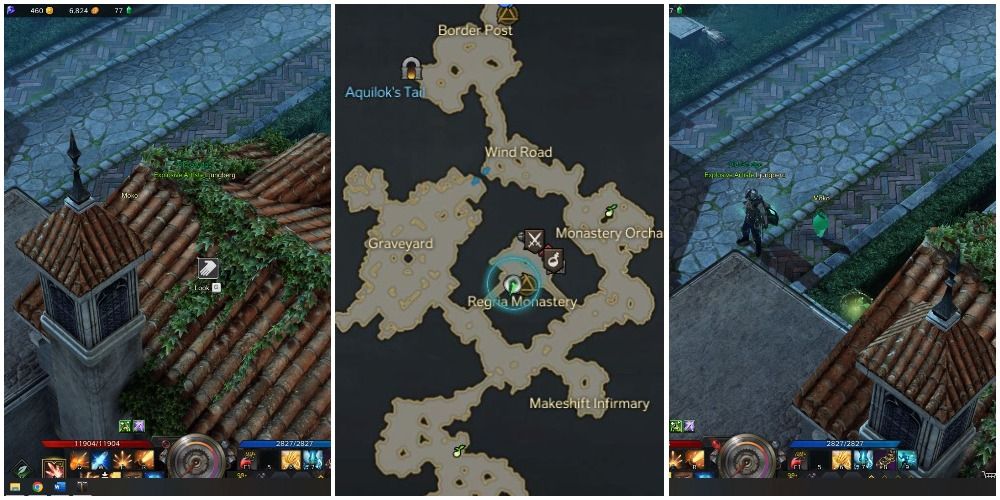 Your next two seeds are in the safety of the monastery, just a couple of steps west from the Triport. These are obscured by the red slate roof of the building south of the Triport. One is visible if you edge through the east entrance until the graphic angle removes part of the roof. But the other is totally invisible. Just edge around the grass until your magnifying glass pops into view. 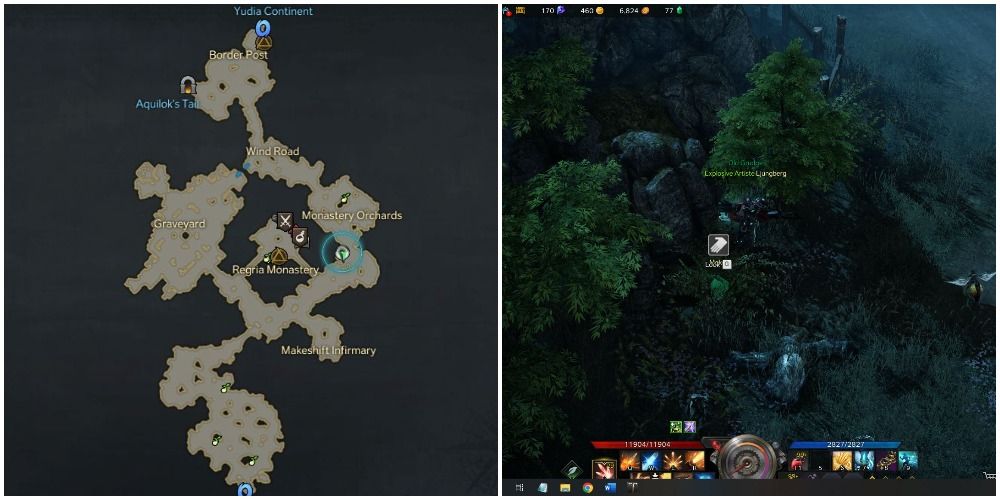 Head southeast from the monastery towards the orchards. Just south of them you’ll find the sixth seed, completely hidden in vegetation by the rocks on the left side of the road. There are several mobs right on this spot, including some very aggressive skehal and plague followers. Again, try to take them all out at once to give you more time to search before they reappear. 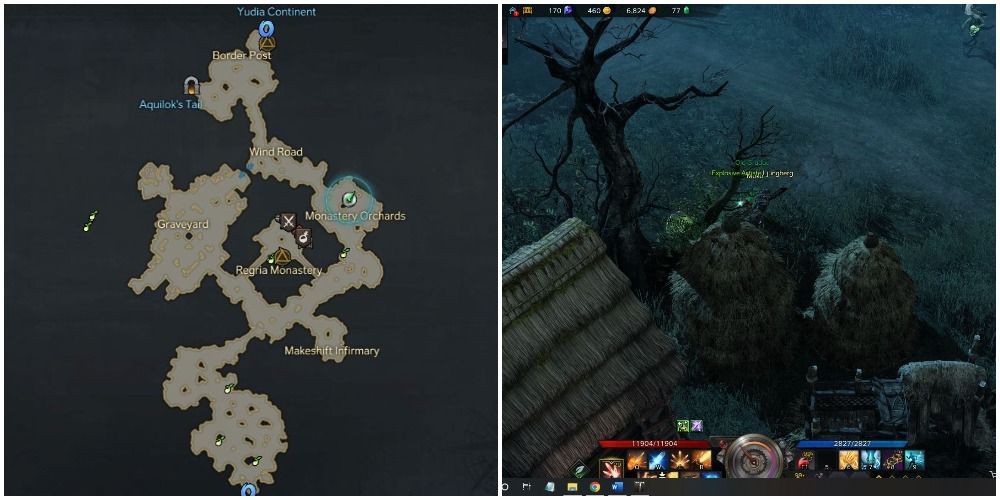 Once in the orchard itself, you’ll find the seventh mokoko seed. Head to the thatched building in the middle of the area. Head around to the back of the building and you’ll see the seed at the base of the tree by the large hay bales. It is guarded by two skehal, but they shouldn’t cause you many problems. But this is a mob heavy area generally, so be prepared. 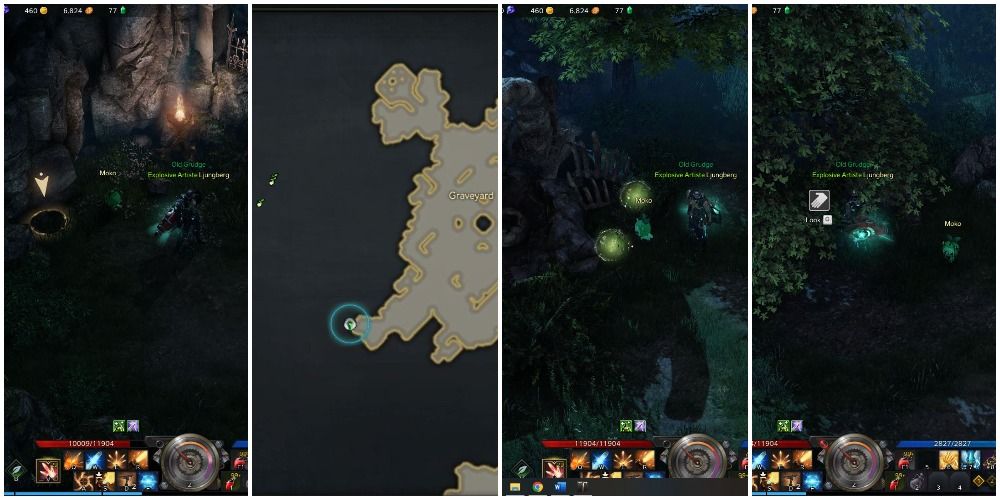 The last three mokoko seeds in Rethramis Border are in a secret area in the far southwestern corner of the graveyard. Be careful here, as the continent’s boss mob, Rudric, wanders the graveyard. He's very powerful and needs a group to defeat at a low level. But as he walks around, it is possible to avoid him.

More importantly for seed collecting, when you get to the furthest southwest corner of the graveyard, you'll find a group of four gravekeeper ghosts. Defeat them, then quickly walk just beyond them to the base of a cliff face. You need to climb up here to get to the secret area. But importantly, you will only see a flashing 'up' arrow while the ghosts are dead. If you don't climb up in time, don't worry – you can just go back and defeat them again. Luckily, they are not strong enemies and are pretty slow too.

Once you’ve climbed the cliff, you'll find a large off-map area. All three seeds are hidden in the grass in the far north but are pretty easy to find (two are next to each other). Also be aware there is one mob, a pandemonium, that walks around the secret area. He’s not that tough but can catch you by surprise. So don't take a break up there thinking you're safe.