Totrich is the third town of Arthetine, the seventh continent of Lost Ark. And it comes as a nice change of pace after a couple of action-heavy areas, with plenty of side quests and story building. Plus, there are eight more mokoko seeds for you to collect.

Unfortunately, only two of the seeds are in the town itself, with another in the safety of the Temple of Sceptrum. Most of the rest are in heavily guarded areas. But on the plus side, none are in hidden areas or require you to learn any additional sheet music to get to them. To find all the exact locations, read on below. 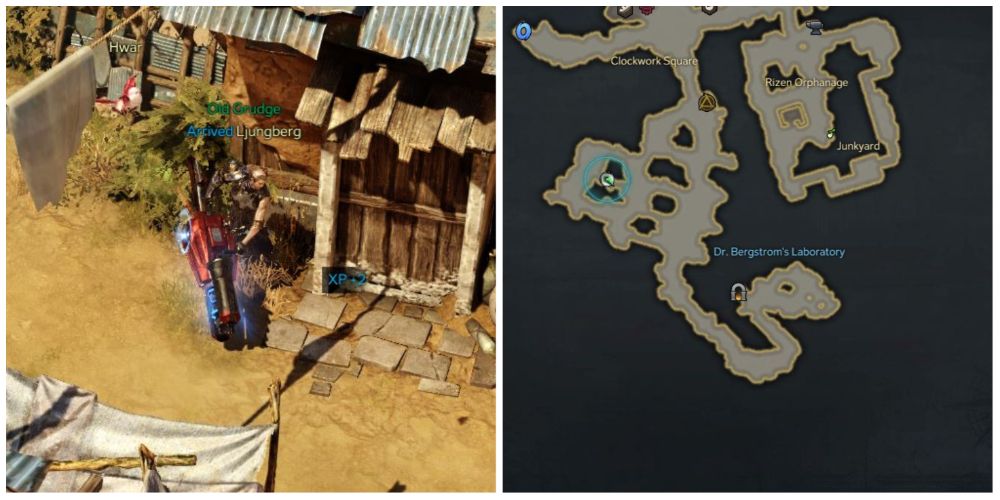 Head into Totrich and make your way to Clockwork Square. Go south past the triport into the area controlled by mercenaries. Walk past the first two houses then turn west between the second and third ones. When you see two more houses ahead, walk between those, too. The First seed is in the bush to the left of the door of the northerly of these two houses. 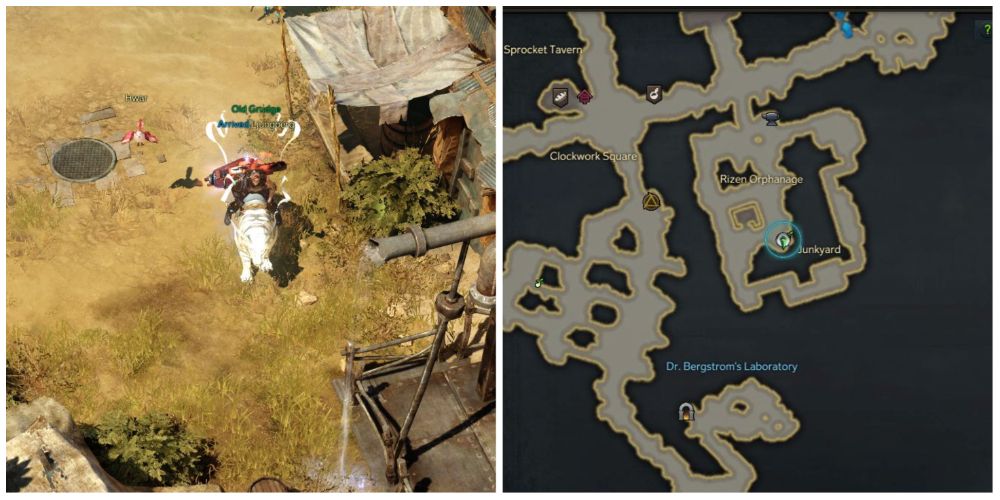 Go north into Totrich village up to Clockwork Square. Take the eastern path and then take the first right, south past Rizen Orphanage, sticking to the eastern edge of the area. Head past the well and right down into the corner, where you’ll see a pipe leaking water. Just in front of it is a green bush in front of a tin roof. The second mokoko is in the bush. 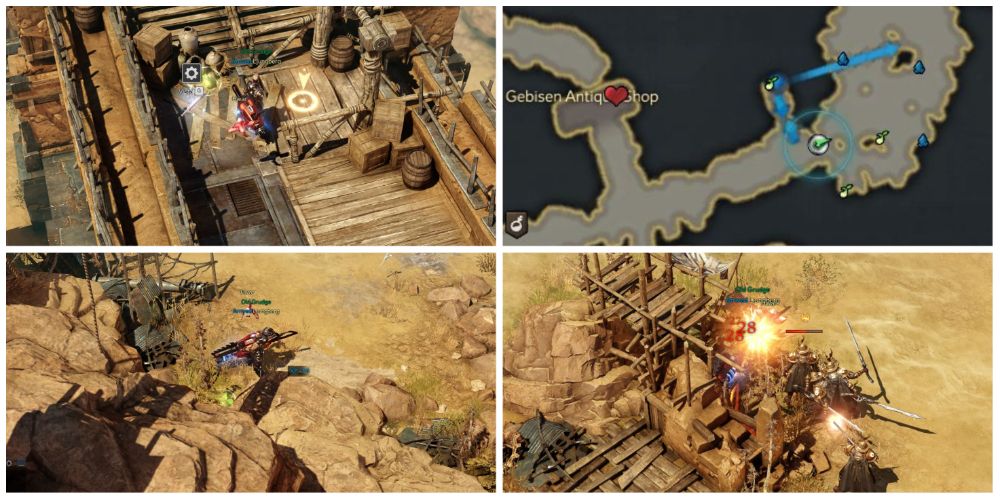 Head north out of the junkyard and back past the orphanage, then head east before the antique shop. Stick to the north-side of the path, and you should see a climbable ladder (if you leave the safety of town, you’ve gone too far). At the top of the ladder is the local vista location – and your third mokoko seed.

Seeds four and five are just outside the town. Leave east and fight the robot dogs by the barrier, before turning immediately south. Go right into the corner there to find your next mokoko, right next to the cliff just past some fenced-off junk and a large crane. Take just a few steps north to be confronted by a large group of enemies by some scaffolding. The fifth mokoko seed is on the northeast side of it, below where a small white cloth is hung between some posts. 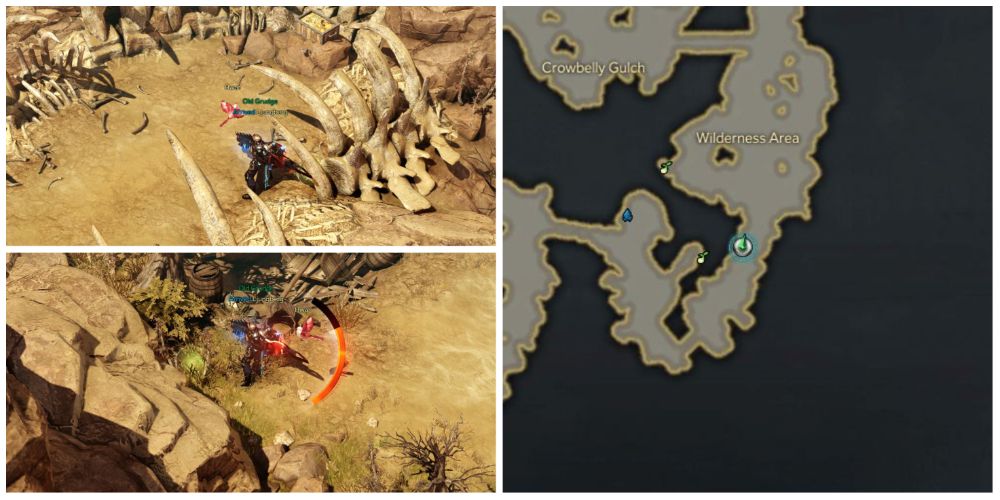 Leave this area east and head towards Wilderness Area. As the path heads south, you’ll see a long thin path heading northeast on the map. Go to the end of this, and you’ll see a chest filled with gold coins. Next to it is a pile of wheat – and below that, by the bones, a mokoko.

Head back to the main path, go down to the corner and across the small bridge of metal sheeting that heads north. When it arrives in Wilderness Area, immediately turn left and hug the southern edge of the map over into the southwest corner. A large Machine Legionnaire spawns here, right next to a broken cart. And you’ll find the next seed tucked in the corner behind the spawn point. 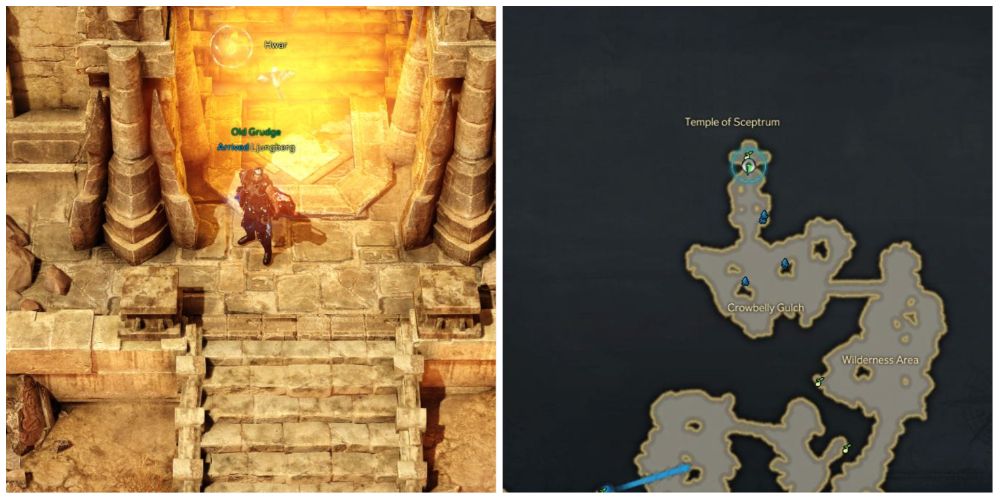 Leave Wilderness Area over the bridge west and head across the northern edge of Crowbelly Gulch. Turn north when you see Researcher Vies by two statues and head up into the temple. Go up all the steps, right up to the back, where you’ll see more stairs bathed in an orange glow. To the left at the top of those steps is your final mokoko seed of Totrich.