LOUD follows Astrid, a guitarist who, with the support of her dad, pursues dreams of rock stardom. You'll unlock new songs, outfits, and guitars throughout the story campaign. Eventually, you'll graduate from jamming on a broom to playing your first professional gig.

LOUD's mechanics are similar to titles like the Persona Dancing series or Superbeat: XONiC. Star icons move across lines coming from six directions of the screen. Players must press the respective button when the stars reach the end of the line, in sync with the music. The concept is simple, but the difficulty progressively increases. LOUD sends stars across the screen faster than you can discern on its most demanding difficulty. So, how can you keep up?

Calibrate The Audio Before Playing 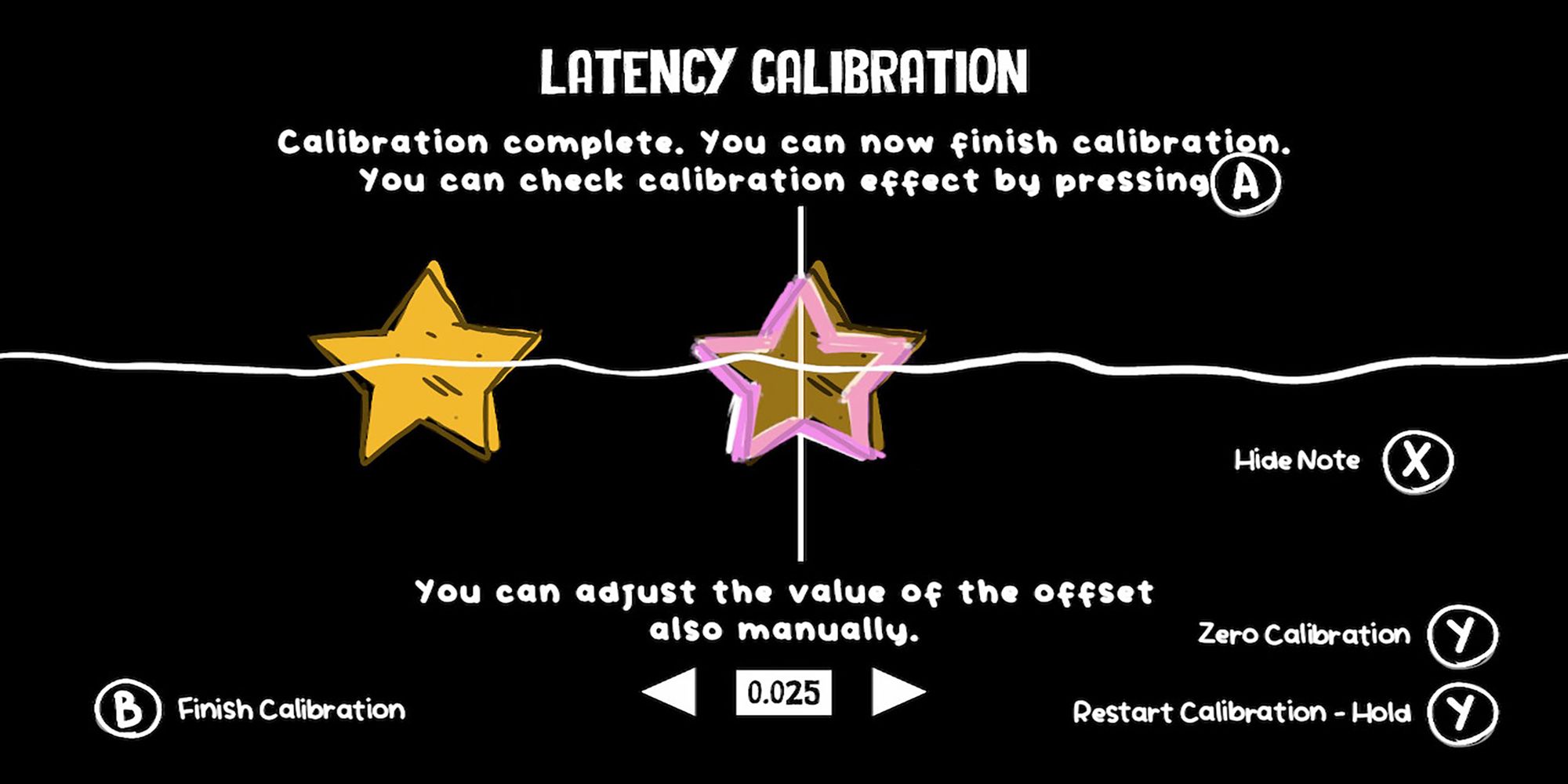 Before starting a new game, we recommend calibrating the audio. Furthermore, LOUD will ask to calibrate the audio upon its first boot-up, so you shouldn't miss the opportunity. LOUD's audio calibration is a simple process that performs better than some triple-A titles. So, getting your gameplay in sync is hassle-free!

If you're playing on the Nintendo Switch, we doubly recommend regularly recalibrating, especially when switching from docked to handheld mode. You can recalibrate your game anytime by entering the Settings menu and selecting Adjust Calibration.

Use A Controller With Snappy, Quick-Response Buttons 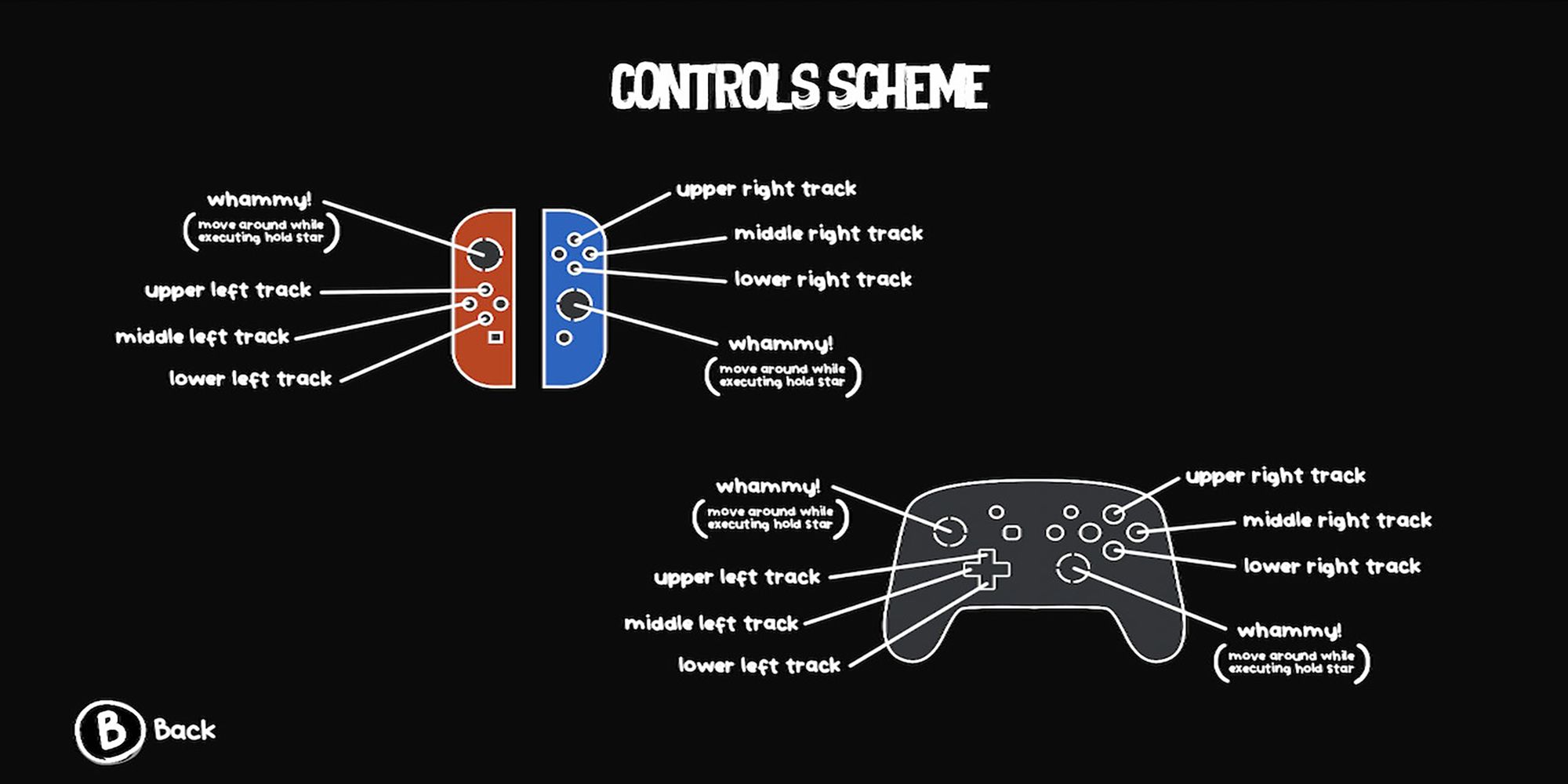 While playing through LOUD on Skillin' difficulty, we used two controllers: standard joy-cons and gamepad-style joy-cons. Unfortunately, the gamepad-style controller, specifically the d-pad, required more force for button input to register. This resistance made faster rhythms, like eight and sixteenth notes, near impossible to play.

Conversely, the joy-con, with its snappy buttons, worked much better. Therefore, while LOUD does not require a particular peripheral controller, we recommend a controller with directional buttons rather than a rotating d-pad. Traditional joy-cons are best for the Switch, while we prefer Dualshock over a Windows controller when playing on PC.

Check The Highlighted Track To See What Comes Next 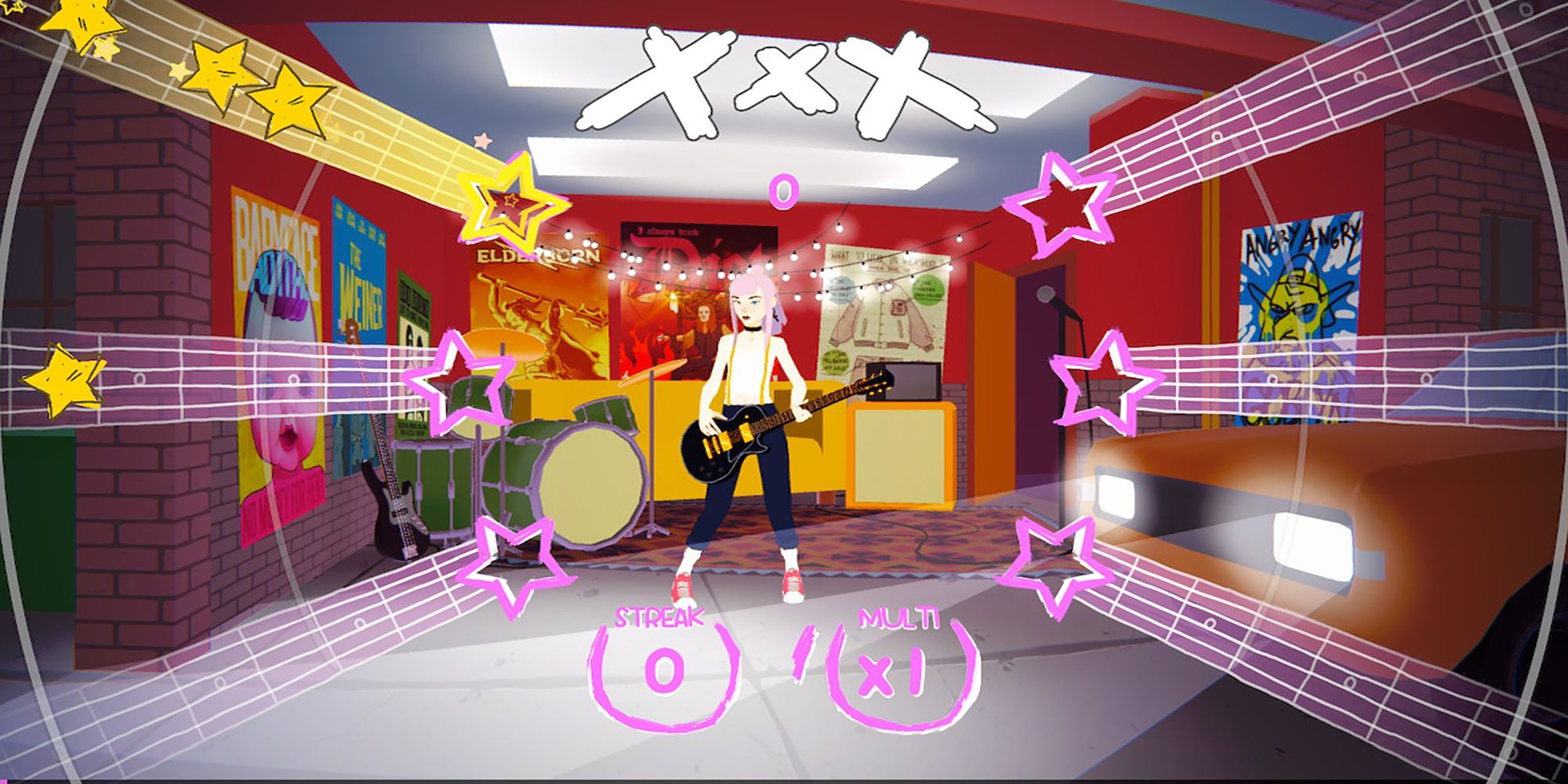 Unfortunately, looking for the following note can send your eyes darting around the screen, leading to missed notes. Luckily, LOUD highlights the track of the closest incoming note. So, if you ever get lost, look for the highlighted track.

The one exception to this feature is during Combo Areas, which do not have highlighted tracks. We assume this detail means to spike the difficulty of these high-scoring sections. 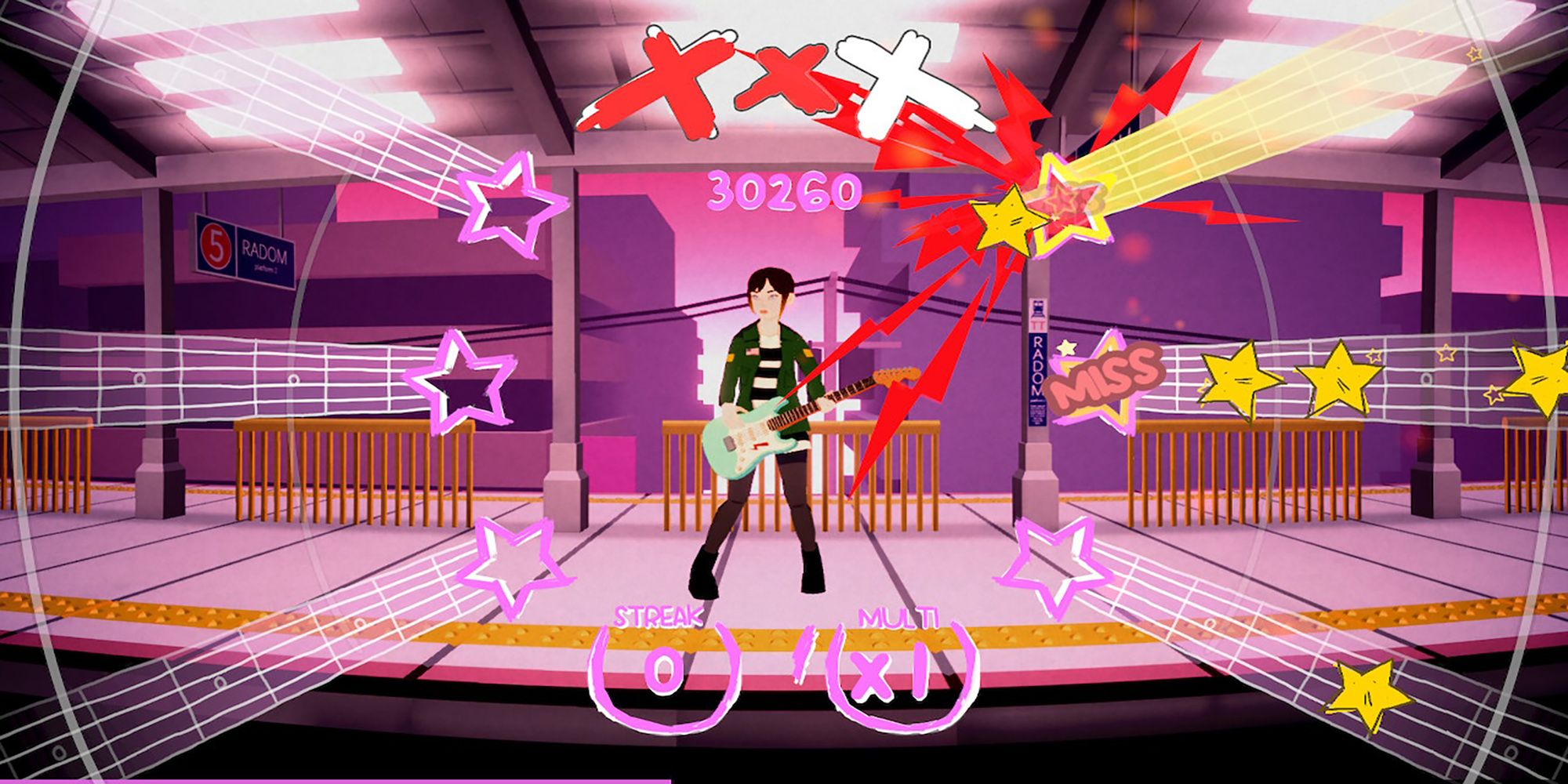 Unlike other rhythm games, all of LOUD's songs are instrumental rock pieces, placing the guitar front and center. Furthermore, each song has musical themes that repeat throughout. The button patterns that accompany them are often similar, at least rhythmically.

Therefore, paying attention to recurring musical themes in each song will behoove you. That's because you'll likely see similar button patterns later in the song. Of course, once you play through these themes, it won't take long for some muscle memory to develop, making each pass-through a little smoother. 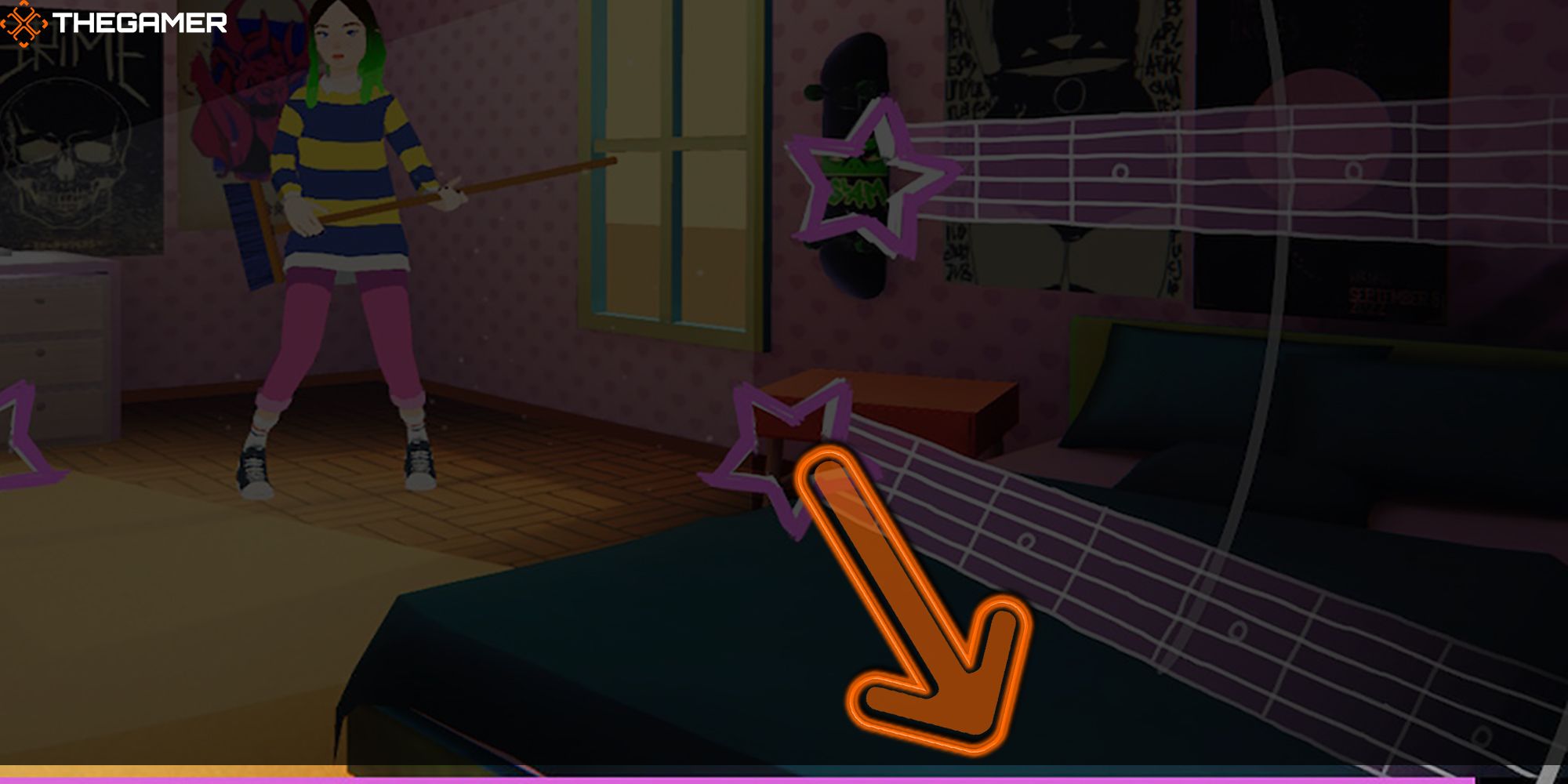 This tip is more of a factoid than a gameplay factor, but it's worth noting. Check the bottom of the screen if you're curious about how far you are in a song and how much further you need to go. There is a thin pink line tracking the song's duration.

Checking the pink bottom line is especially helpful to avoid letting your guard down in the event of a false ending. 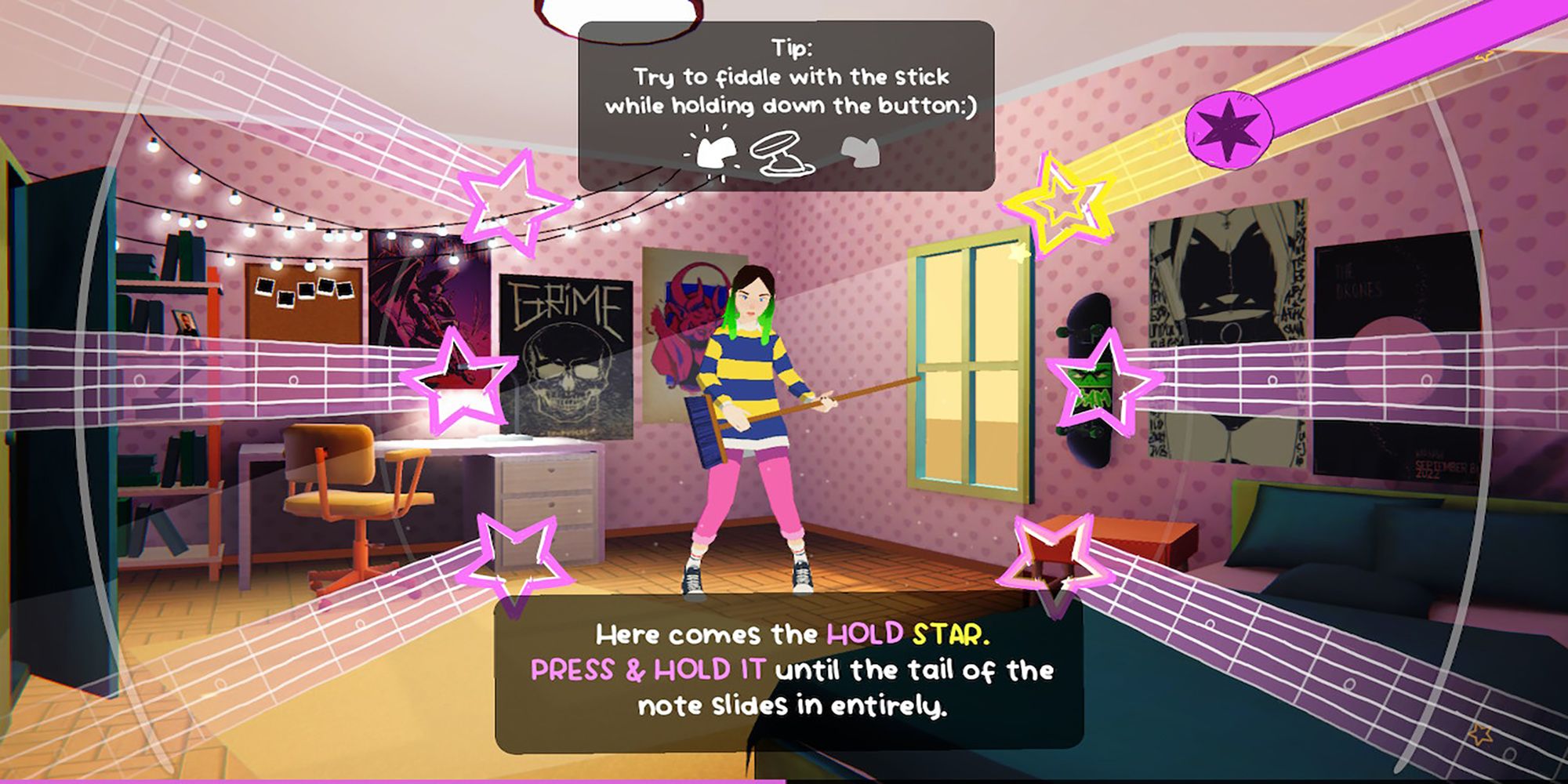 Moving one of the thumbsticks will create a whammy bar effect when holding a note. Is there a point to this feature besides the neat audio effect? Yes. Whammies score bonus points the more you rotate a thumbstick during a held note. So, if you're looking for a high score, you should use whammies wherever you can.

Unfortunately, while whammies are a simple gameplay concept, they can become distracting. Their overwhelming nature becomes more apparent during higher-level difficulties. So, if you struggle to keep up with a song chart, we recommend avoiding whammies until you get back into the rhythm. Otherwise, you could build up missed notes and fail the song. 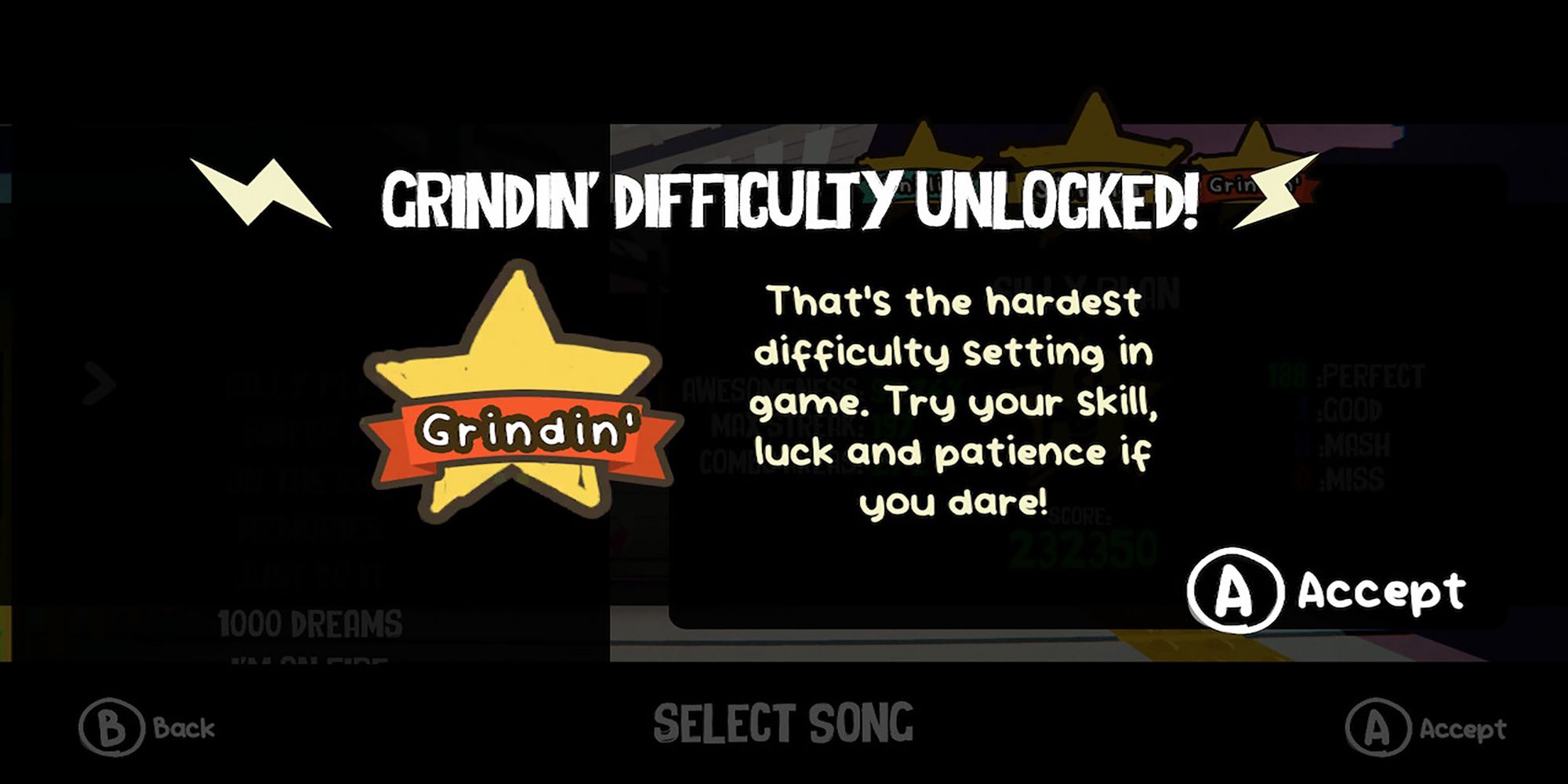 If you're looking for a challenge, then LOUD's Grindin' difficulty is for you. Grindin' is LOUD's version of expert charts, and you can unlock them by getting an S grade or higher on a song's Skillin' (medium) difficulty chart.

However, if you're looking for an even more formidable challenge, you'll have to complete story mode. Doing so unlocks a Bonus Song in Free Play mode with one chart, deemed the Liberator difficulty.

You Can Adjust Specific Audio Details In The Options Menu 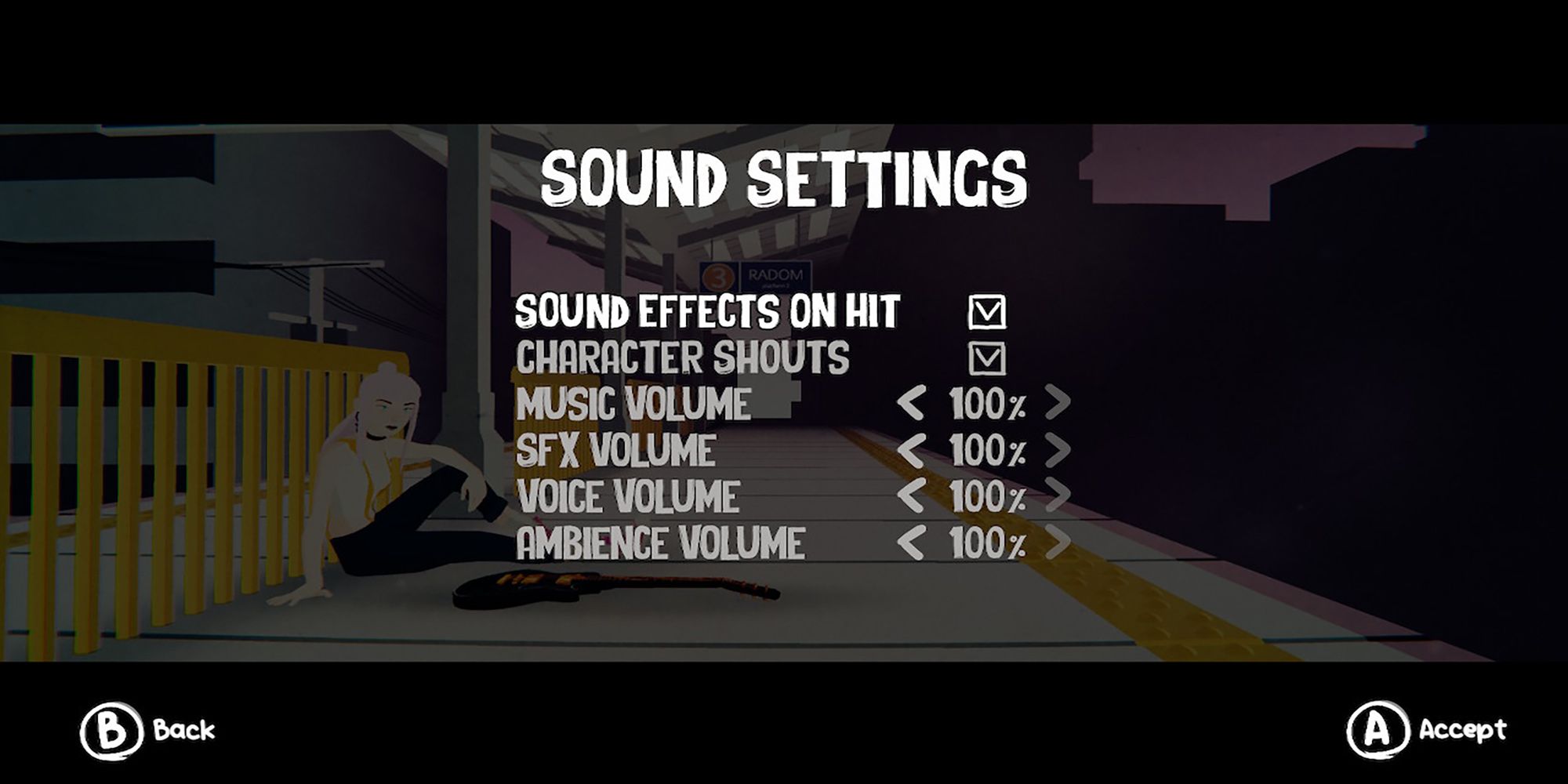 LOUD does a great job with its sound design. After all, with details ranging from environmental ambiance to character shouts, you will get a vital essence of the game's setting and story. Unfortunately, sometimes these details can get distracting. Luckily, if you wish to change what you hear in the game, LOUD has a menu to help you.

You can access LOUD's Sound Settings from the Settings tab in the main menu. Inside, you'll find various options to cater the audio to your liking: