Mad Devils is about as close as a game can be to a literal bullet Hell. Not that there seem to be particularly that many bullets on screen at any given time, but there are bullets and it does take place in Hell. Thus, the label seems appropriate.

But it would be more appropriate to call Mad Devils a twin-stick co-op shooter because that’s exactly what it is. Play with or without a friend as you guide a group of fallen GI’s through the depths of the underworld in order to defeat Nazi Germany.

The evil Major Strauss has used his knowledge of the occult to figure out how to summon demons from Hell and turn the tide of war in Europe. The Mad Devils squad is sent to assassinate Strauss, but they fail and wind up dead. However, instead of enduring torment for all eternity, they’re resurrected as demons and continue to fight on the other side. 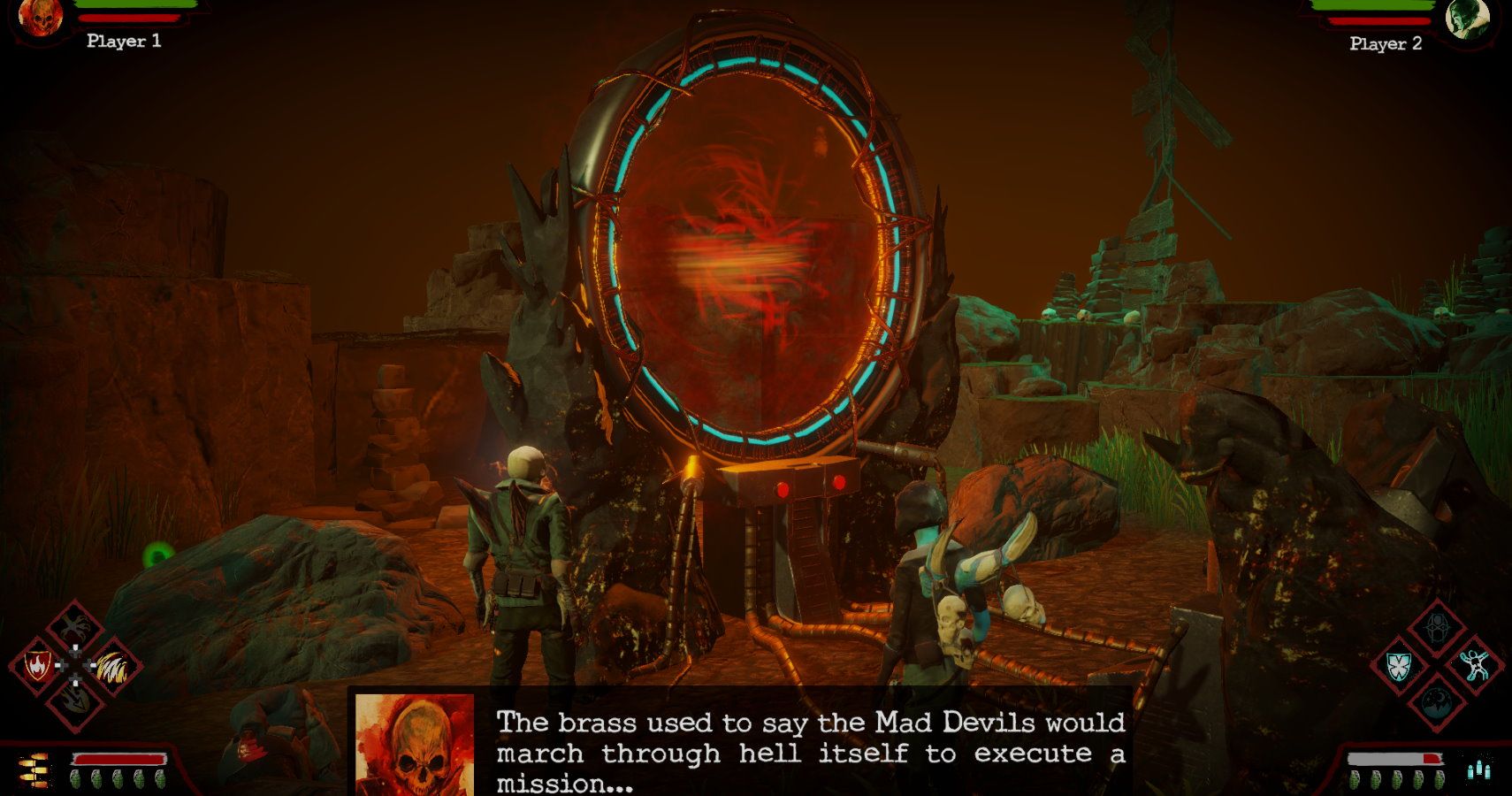 Mad Devils features a procedurally generated Hell that looks an awful lot like wartorn Europe only with skeletons and demons and portals to Earth. The terrain offers a unique cover system and a destructible environment that won’t last too long under heavy fire.

Each member of the Mad Devils has a unique World War 2-inspired weapon and demonic powers that can be upgraded over the course of the game. And you can have a hand in the game’s development by taking part in its Steam Playtesting period, which is starting now.

Steam Playtest is sort of like a beta test, only it’s run through Steam. Developer Itzy Interactive will hand out codes where players can play a limited version of the game that definitely will not save any progress when the final version comes out later in 2021. However, you can get an early preview of what to expect and offer your feedback on the Mad Devils Discord channel.

Mad Devils plans to release in the summer of 2021 on both PC and PS4. Wishlist the game now over on Steam to get updates on the planned release date.