If you’re looking to jump right into Magic: The Gathering to play with your friends in Commander, then the Chaos Incarnate Starter Commander deck is a great place to start. This low-power deck comes loaded with tons of black and red cards to give new players a starting point to take on Commander night with their friends.

Now that you’ve played a few games you might be thinking about how you can go about upgrading your deck. With some minor upgrades that won’t break the bank, you can start fine-tuning your deck to help you in your fight to win in Commander. With Kardur Doomscourge as your commander, you’ll be causing chaos by forcing your opponents to attack everyone else but you and then punishing your opponents by draining them of one life when an attacking creature they control dies.

The upgrades to this deck are limited to keep the price of each card under or at $5 based on TCGPlayer’s Market Price in an effort to keep it as budget-friendly as possible. Some prices may vary over time due to fluctuations in price but should remain relatively inexpensive. 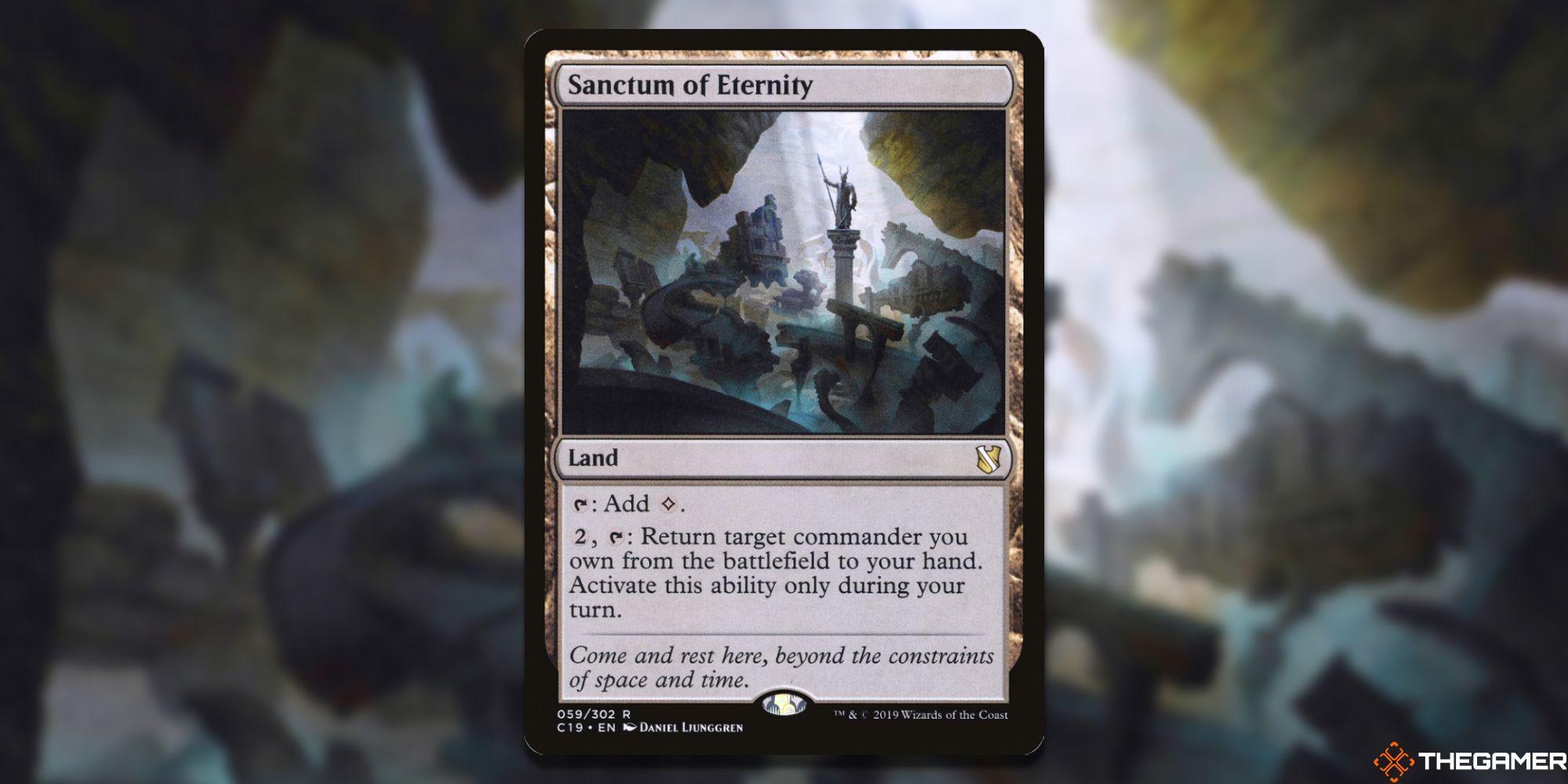 Much of the Chaos Incarnate’s strategy is dependent on your commander, Kardur Doomscourge, and its enter the battlefield ability to force creatures your opponents to attack players other than you.

With the Sanctum Of Eternity, you can repeatedly bounce Kardur back to your hand, so you can recast it and trigger this ability over and over again. You can replace a basic land for Sanctum of Eternity, but since you have a larger mana curve, cutting a high-cost card like Magmatic Force might be better. 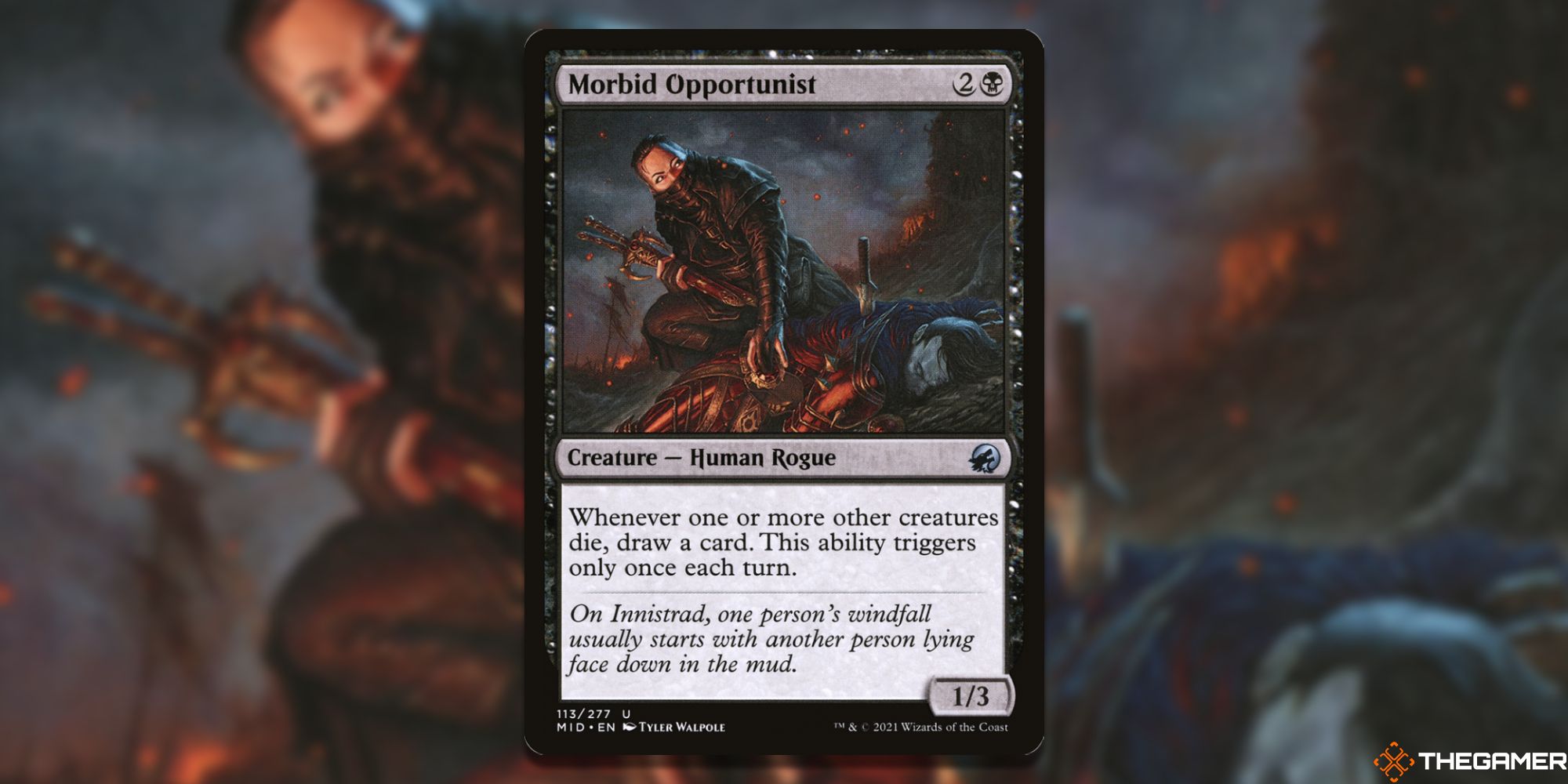 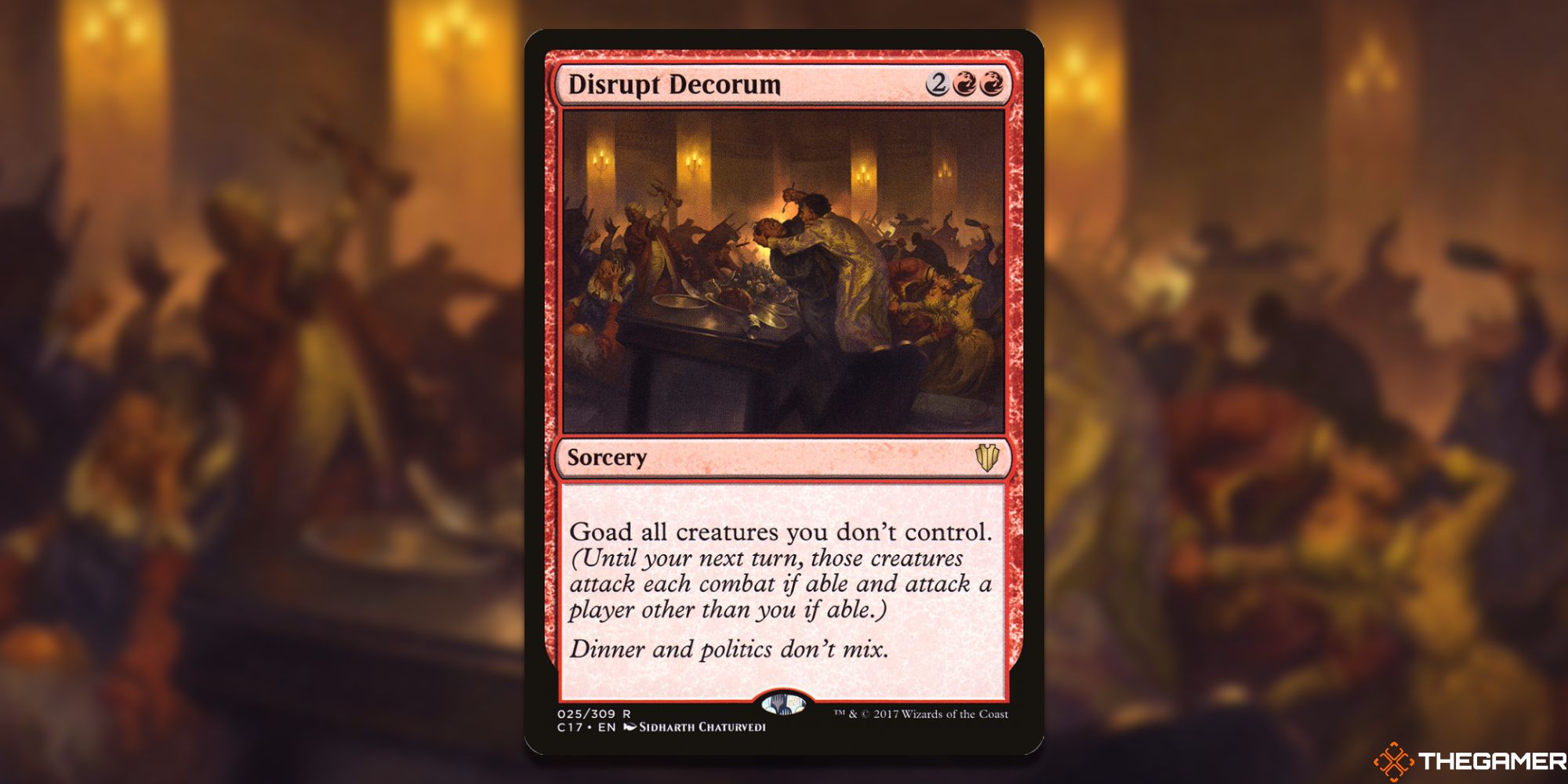 Goad is a weird and funny mechanic that effectively replicates Kardur Doomscourge’s ability to force your opponents to attack, which in turn creates scenarios where Kardur’s second ability can keep draining your opponents.

n easy card to remove for Varchild is Scythe Specter, since Varchild is more likely to hit an opponent and places less of a target on your back, since it only affects one player at a time. 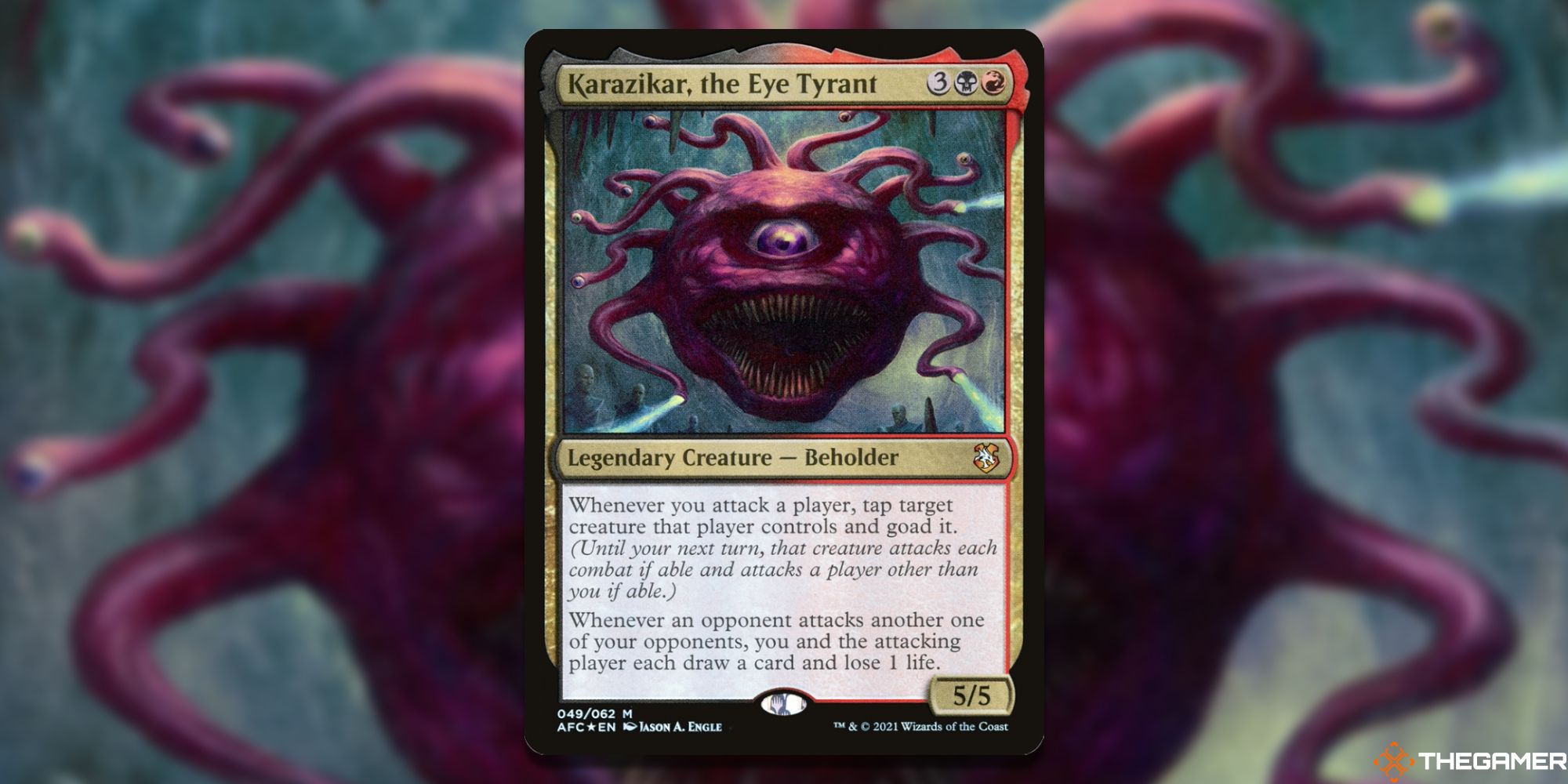 If you’re looking for a way to start encouraging your opponents to attack each other, Karazikar provides a great incentive. When an opponent attacks another opponent of yours, both you and the attacking player draw a card and lose one life. Even better, when you decide to get in on the action and attack an opponent, you tap one of their creatures, removing it as a blocker and then goading it, so it can’t attack you back on the next turn.

Be a little careful with Karazikar though, since it isn’t a may effect, and you can potentially trap yourself in a situation where an opponent has a bunch of creatures, and you end up taking too much damage. Replacing Dictate of the Twin Gods is a good option, since the enchantment also doubles damage done to you as well as other players, which is a significant downside. 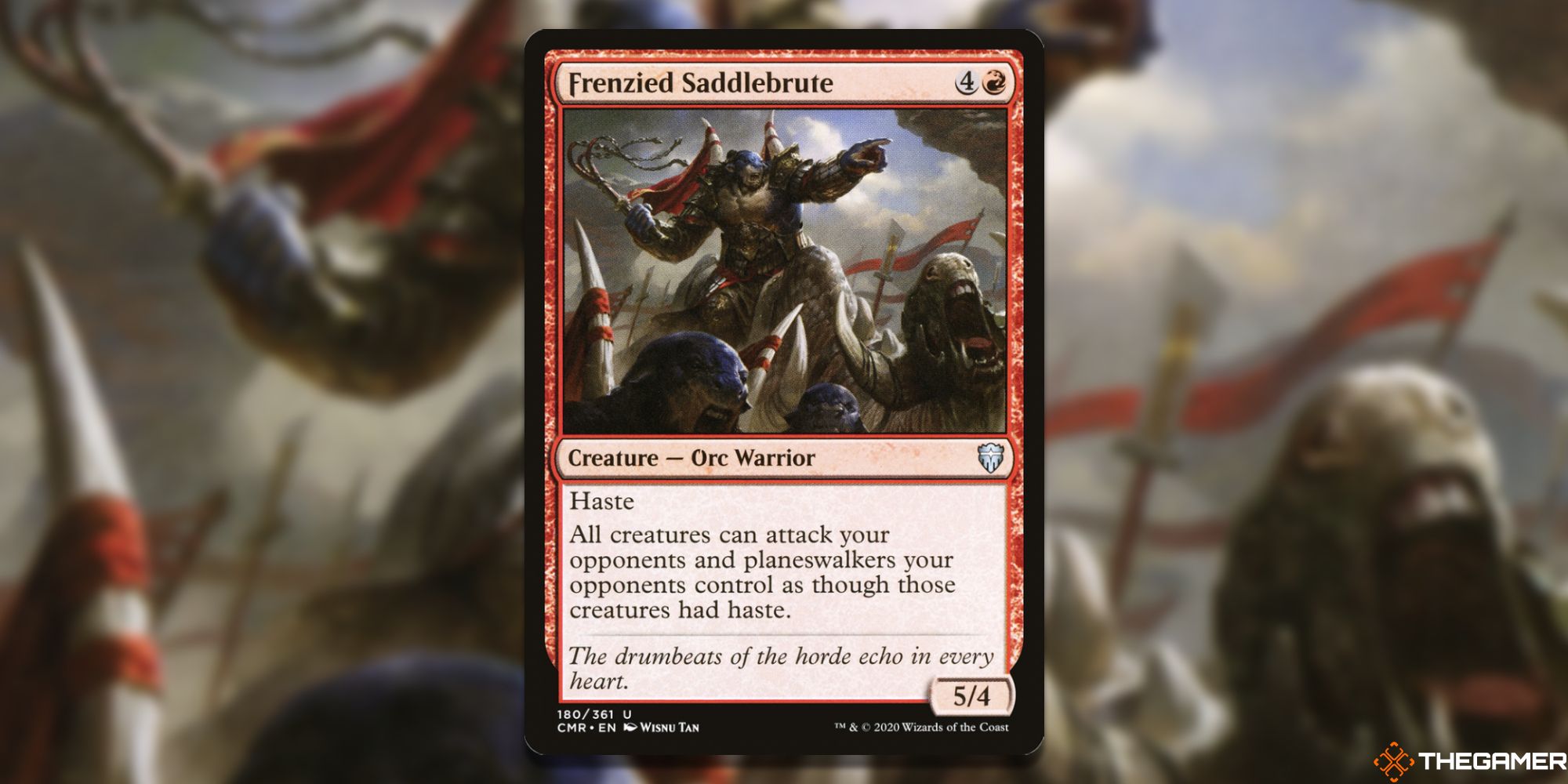 With the Chaos Incarnate deck much of it is geared towards creating unfavorable combat situations between your opponents while you reap the rewards. Frenzied Saddlebrute further encourages this by effectively giving their creatures haste only if they attack a player that’s not you. This makes Kardur’s enter the battlefield ability that much better, since now all creatures are forced to attack if able on your opponent’s turn. Frenzied Saddlebrute can be swapped in for Thermo-Alchemist, since it requires you to cast multiple instants and sorceries on your turn to truly maximize its ability, something this deck doesn't really do. 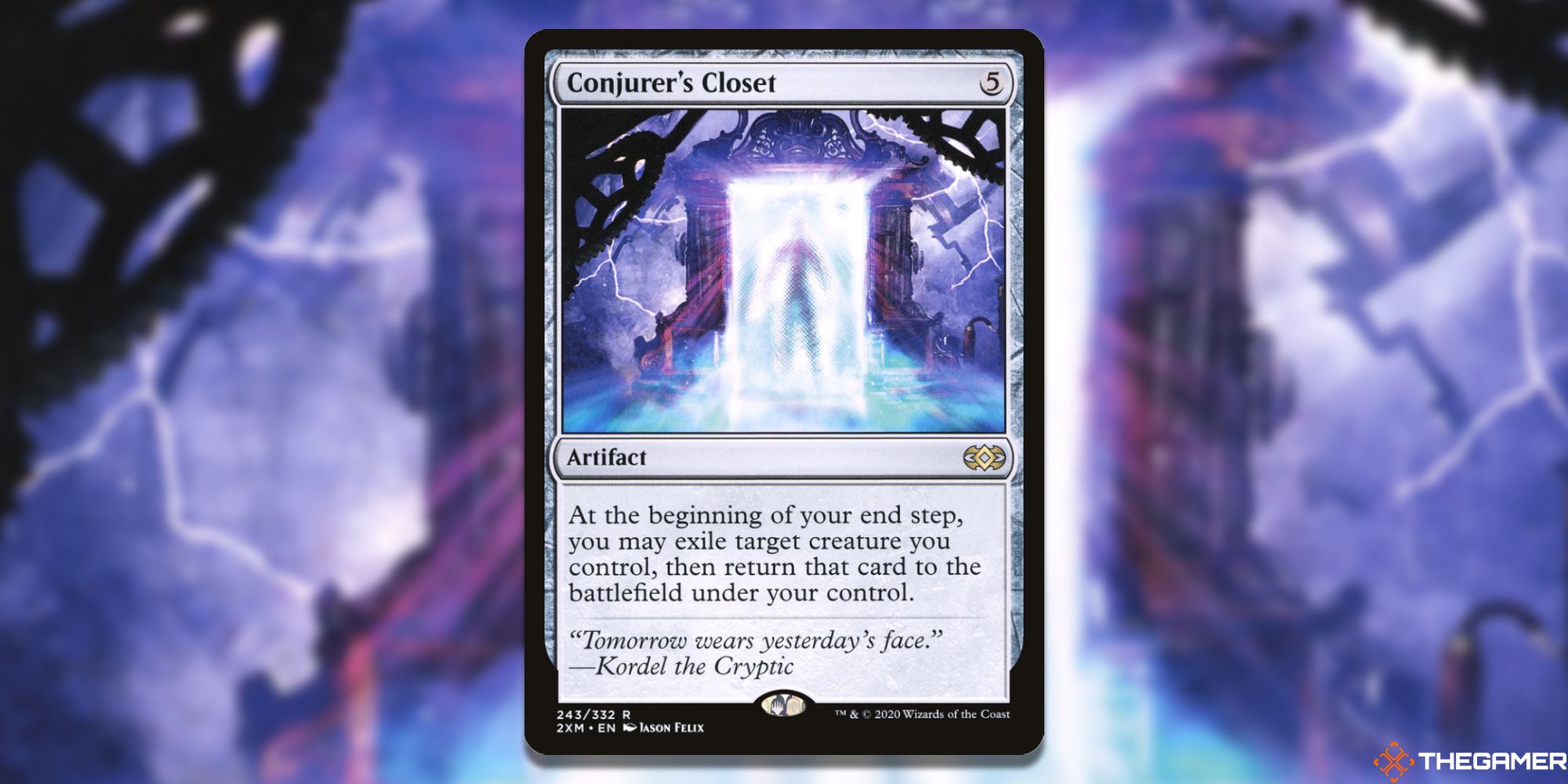 The main reason you’ll want to include this artifact is to reset your Kardur over and over again to keep triggering its enter the battlefield effect. Keeping your opponents attacking each other with a reliable flicker effect is great for loading up your graveyard with creatures.

While Conjurer’s Closet works well with enter the battlefield effects, it also allows you to reset a creature you attacked with, letting you block as well. Titan Hunter is an easy card to cut to make room, since the deck’s main strategy is to encourage combat among your opponents. 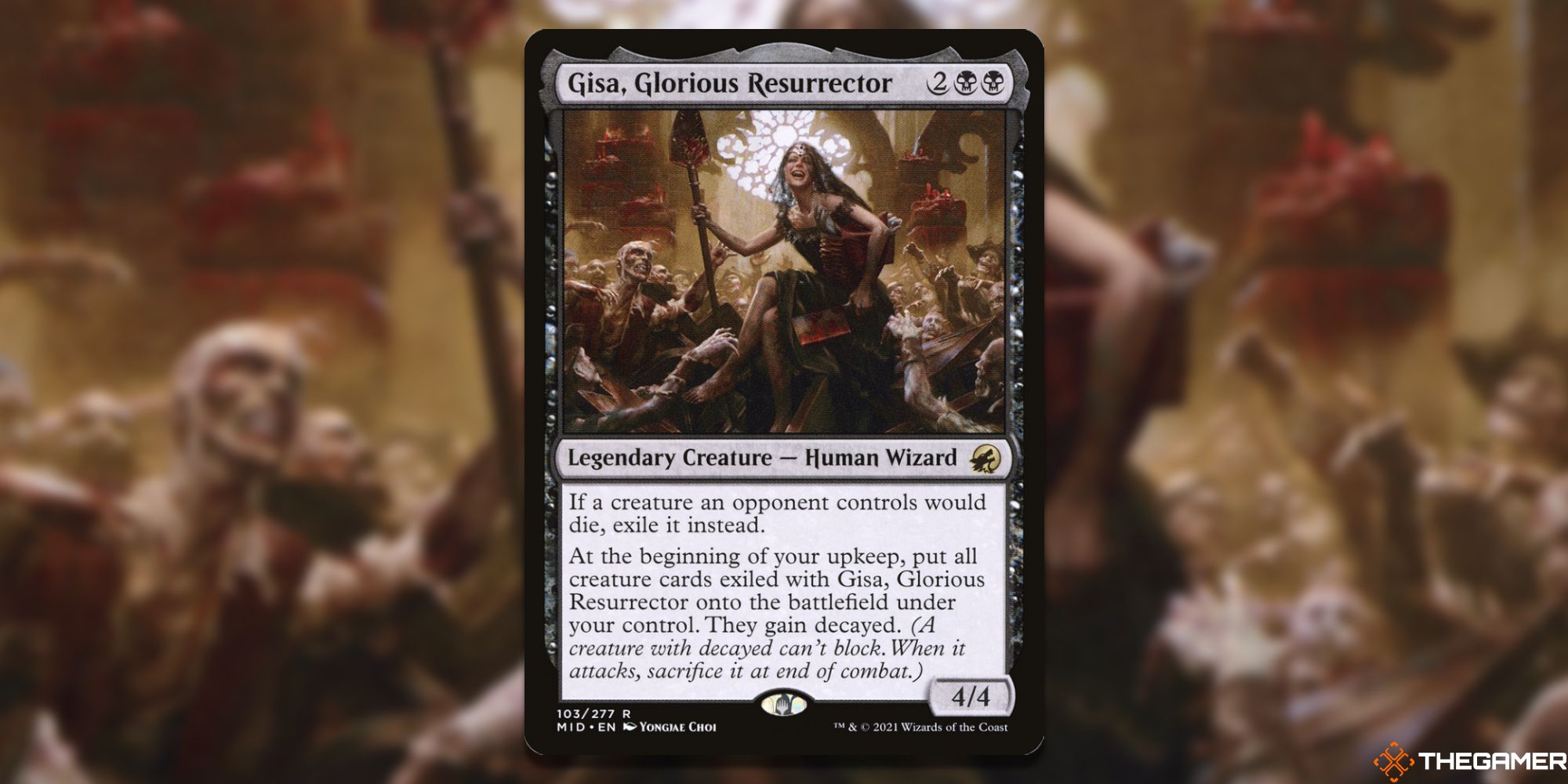 Since your opponents are all attacking one another, you’ll want to do something with their creatures when they die, and that’s where Gisa comes to play. Gisa plays multiple roles in this deck: it shuts down most graveyard-based strategies by exiling all creatures that would be put into the graveyard, then you get to create your own decayed versions of those cards as tokens on your turn.

If you’re looking to make room in your deck consider taking out Reign of the Pit. Odds are your Demon you make through it won’t be that large anyway, considering there are tons of ways to sacrifice a small token to the ability.