Explorer is Magic The Gathering: Arena's true-to-paper, non-rotating format. Any non-digital card released on Arena since the Ixalan set is legal, as well as any card that appeared in the game that was in Return To Ravnica onward. These are the sets included in the Pioneer format, which is what Explorer will eventually become.

As with every format, there are budget decks to play. These have a variety of playstyles, all while being easy to build and play in Explorer. If you want to save most of your rare and mythic wildcards, budget decks are a nice way to dip your toes into a format without over committing resources. 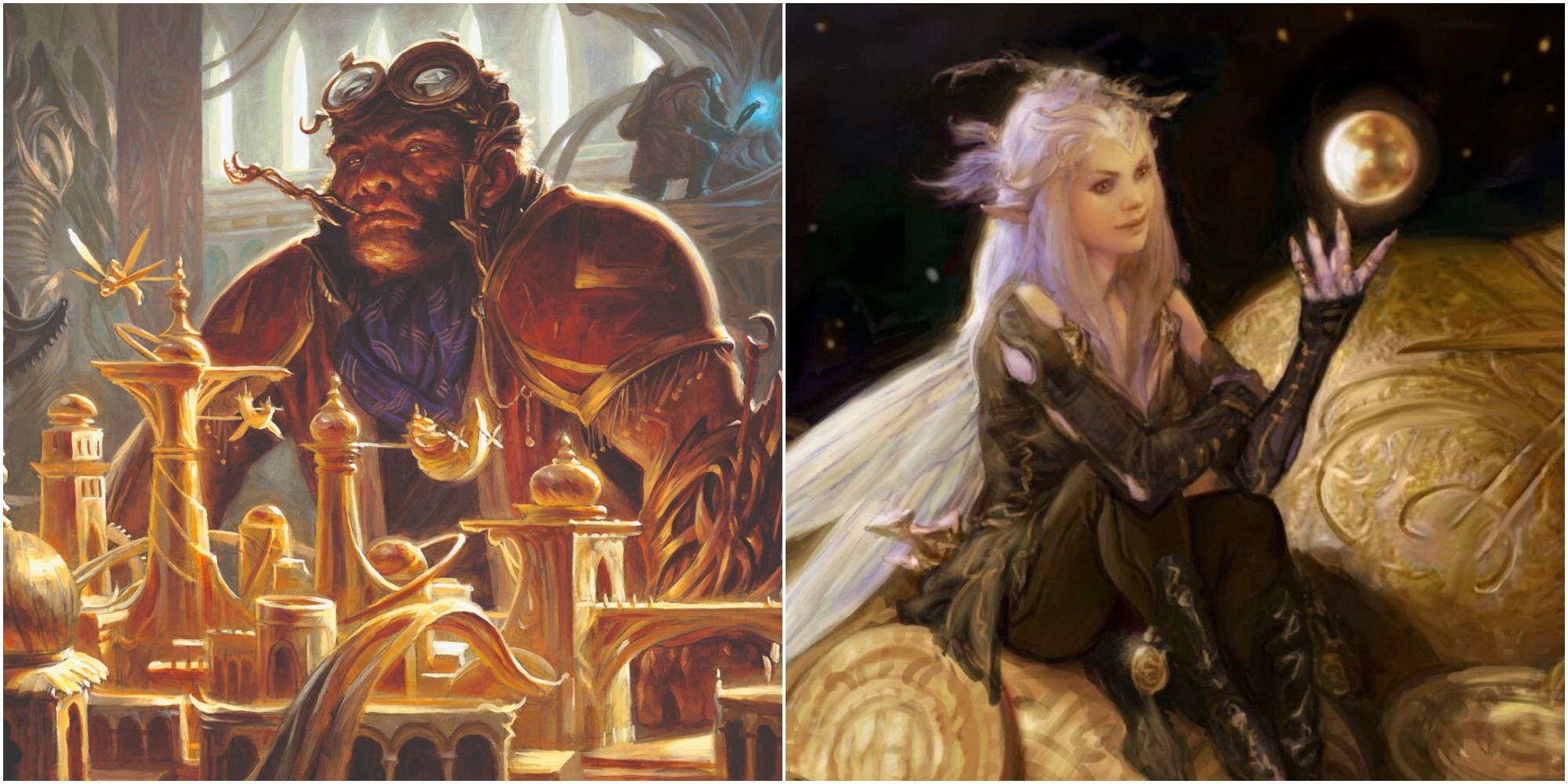 Azorius (blue/white) Auras is a cheap deck to make, only requiring four rares to make a budget version. If you like it, you can upgrade the deck with a few other rares, and even bring it into Historic for an equally viable deck.

Azorius Auras is focused around Sram, Senior Edificer, which will draw you a card whenever you cast an aura. This lets you continue to refresh your hand with more auras, allowing you to get aggressive very early. You can run a lower number of lands, as none of your cards cost more than two mana, and you will be able to easily dig through your library thanks to drawing triggers. 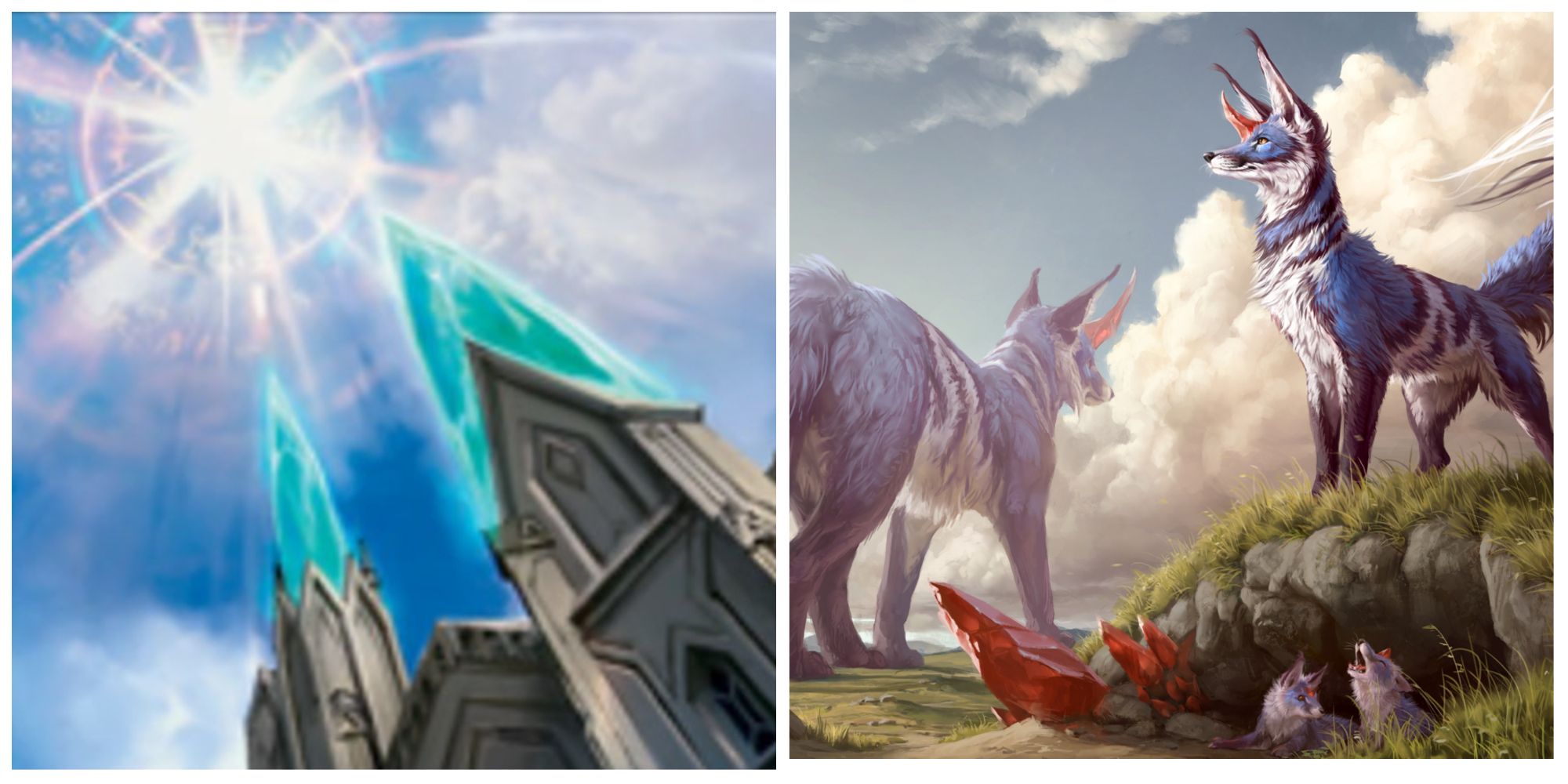 Boros (red/white) Cycling is a very easy-to-build deck, not requiring any rares or mythics to build. The deck is built around cards with the cycling ability, which lets you pay one mana to discard them and draw a card.

Boros Cycling runs cards with abilities that trigger when you cycle a card, either growing their stats, burning the opponent, or making tokens. They also have a strong finisher in Zenith Flare, which can do enough damage to win the game on its own if you have enough cards with cycling in the graveyard. 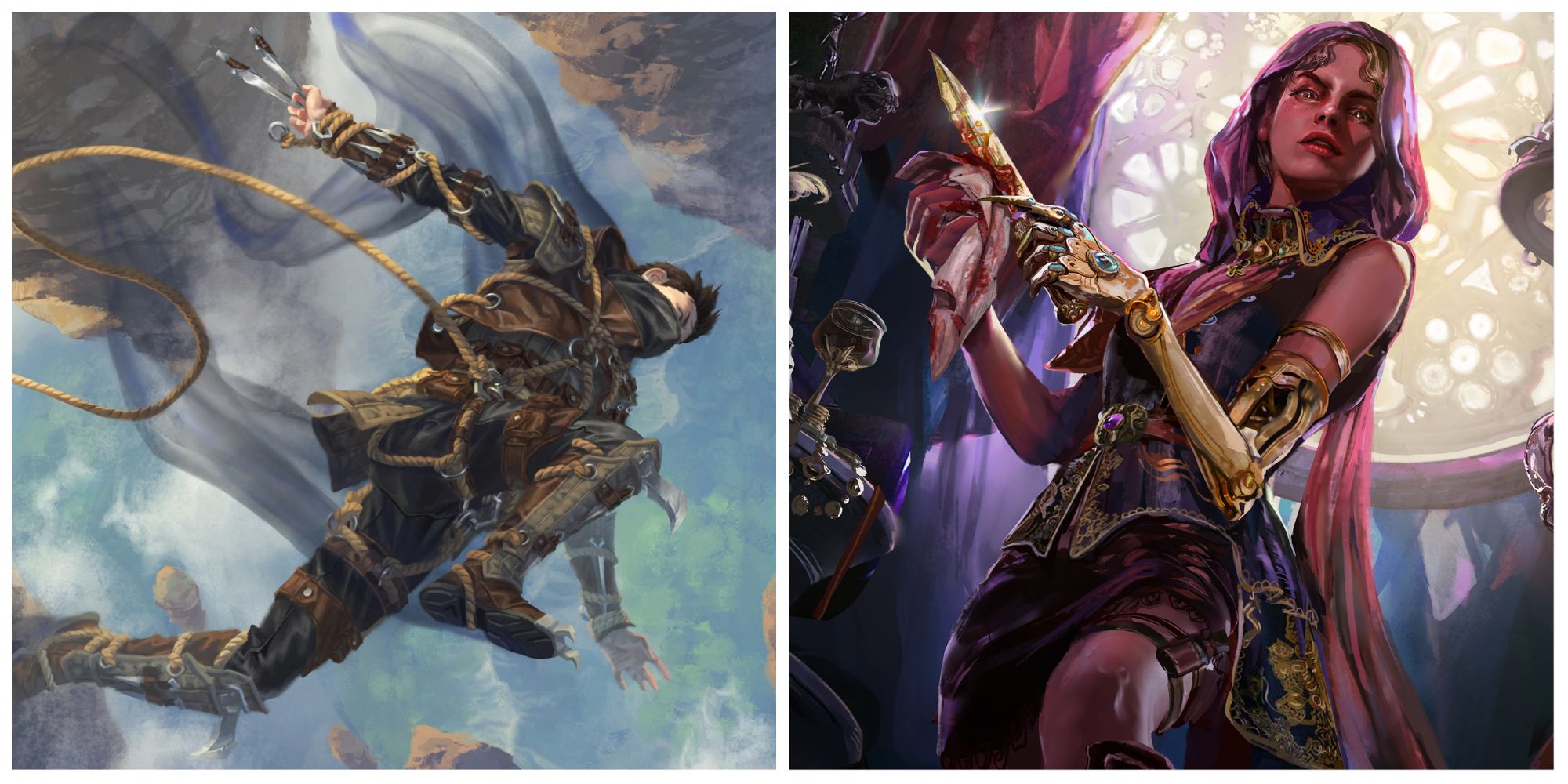 A long-time threat for as long as it was legal in Standard, Dimir (blue/black) Rogues is a solid budget deck for Explorer. It only requires one playset of rares to craft in Thieves Guild Enforcer, but the rest of the deck can be made with commons and uncommons.

Rogues are a control deck, built around chipping away at the opponent's life with flyers and deathtouchers. It also has a secondary win condition in mill, as many of the Rogues have effects that cause milling, made even easier thanks to Ruin Crab and fetchlands. 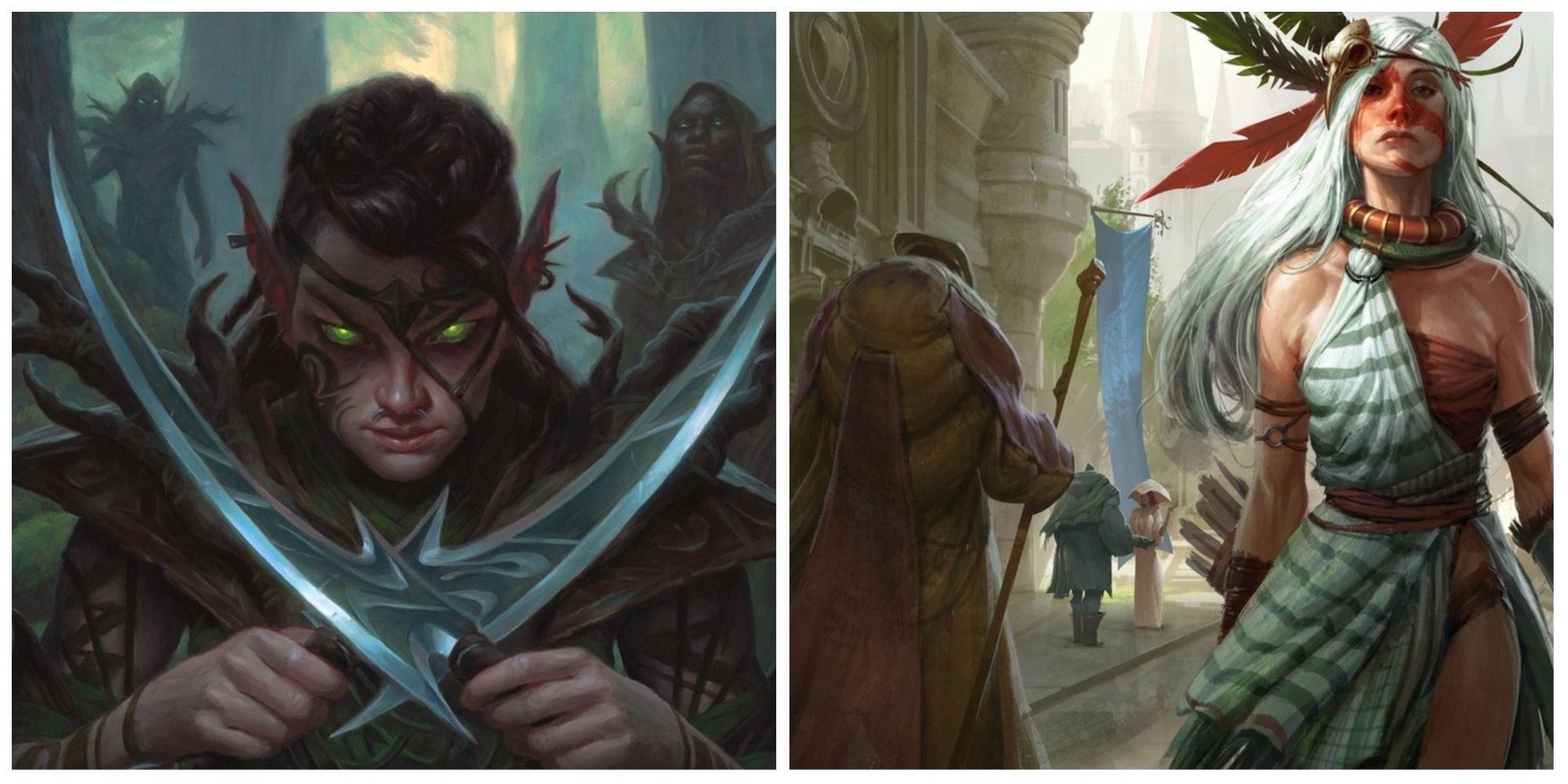 Gruul (red/green) Aggro is a deck that's built around playing as many creatures as quickly as possible, flooding the field to defeat the opponent before they have a chance to set up. This is largely done by playing low-mana creatures, many of which have haste so they can attack right away.

Gruul Aggro can easily be upgraded with more rares, but a budget version works just as well. Since aggro decks want to win so fast, the amount of mana needed is usually low to cast creatures, allowing for you to easily flood the field. 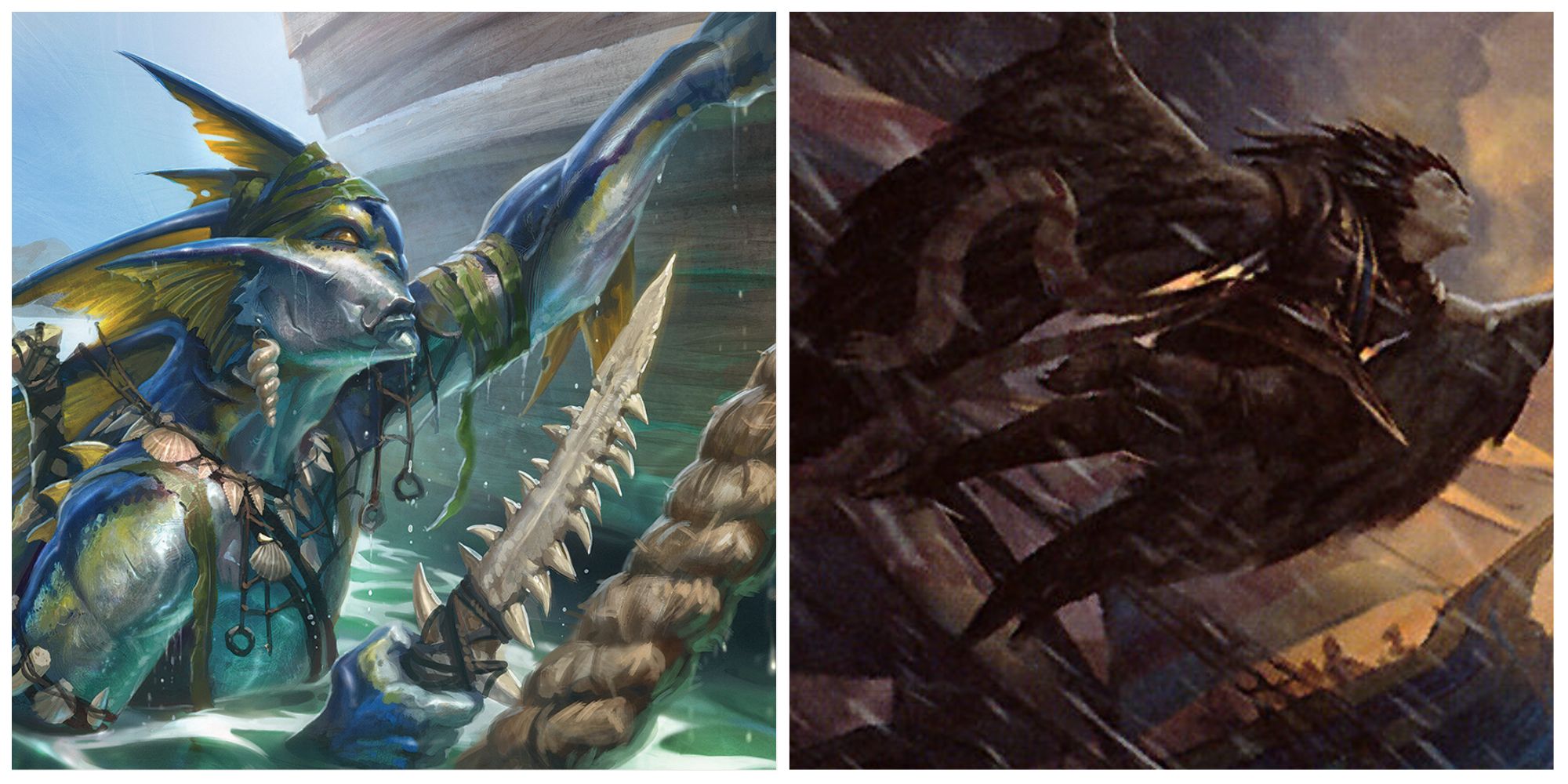 Mono Blue Tempo is a deck built around playing low-mana creatures that will sit on the field and slowly chip away at the opponent, generally in the air as most have flying. Many have flash as well, allowing you to hold up mana for the opponent's turn.

This is especially important since the Tempo in Mono Blue Tempo comes from the amount of counterspells you play. Mono Blue Tempo negates your opponent's big spells while attacking into the opponent, keeping them out of the game. Thanks to Curious Obsession, you can keep drawing cards to refill your hand for more counterspells. 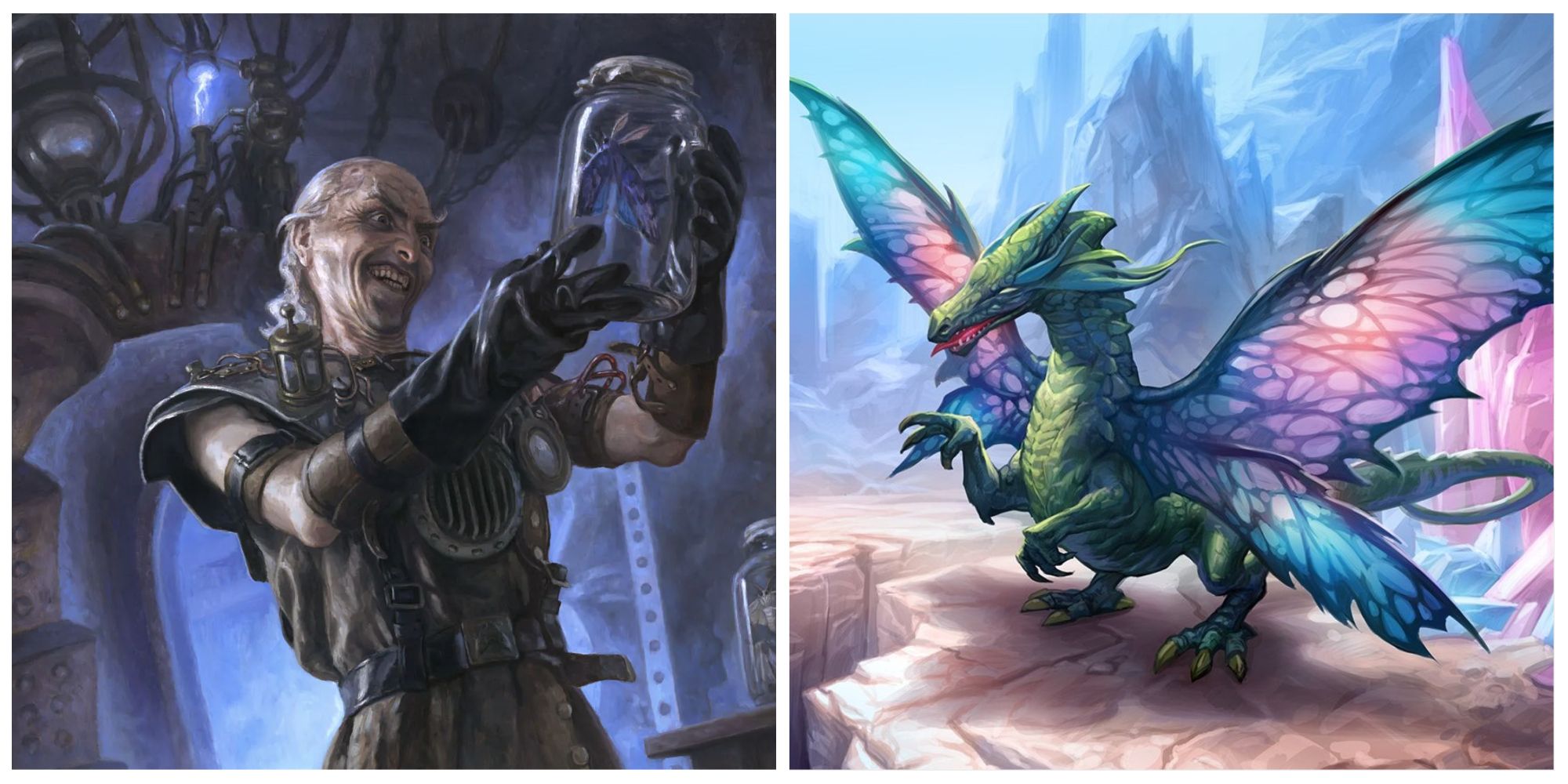 Izzet (red/blue) Spells is a deck that is heavily focused on instant and sorcery spells. The creatures in the deck all benefit from this, growing into stronger creatures whenever you cast one of these spells. Most of its key creatures have flying as well, allowing for damage in the air to be easily dealt.

Izzet has access to a ton of powerful, low-cost spells, allowing for Izzet Spells to be a formidable deck. Not only that, but it doesn't require any rares or mythics to build a viable version of it. 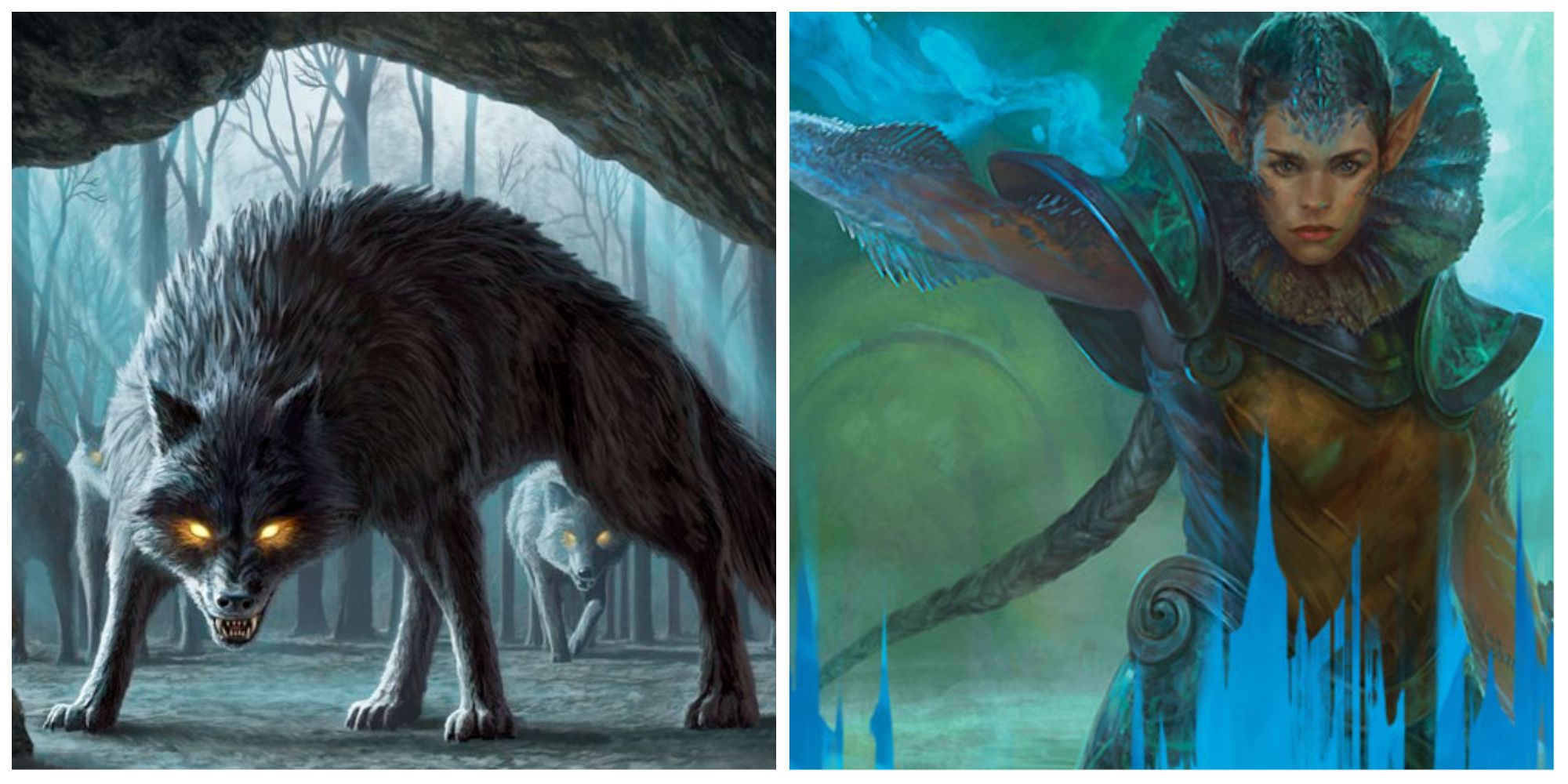 Simic Flash is mostly counterspells with payoff creatures, allowing you to keep up with other decks while countering all of their major spells. Thanks to Nightpack Ambusher, it's easy to flood the field with creatures despite running so few in the main deck. 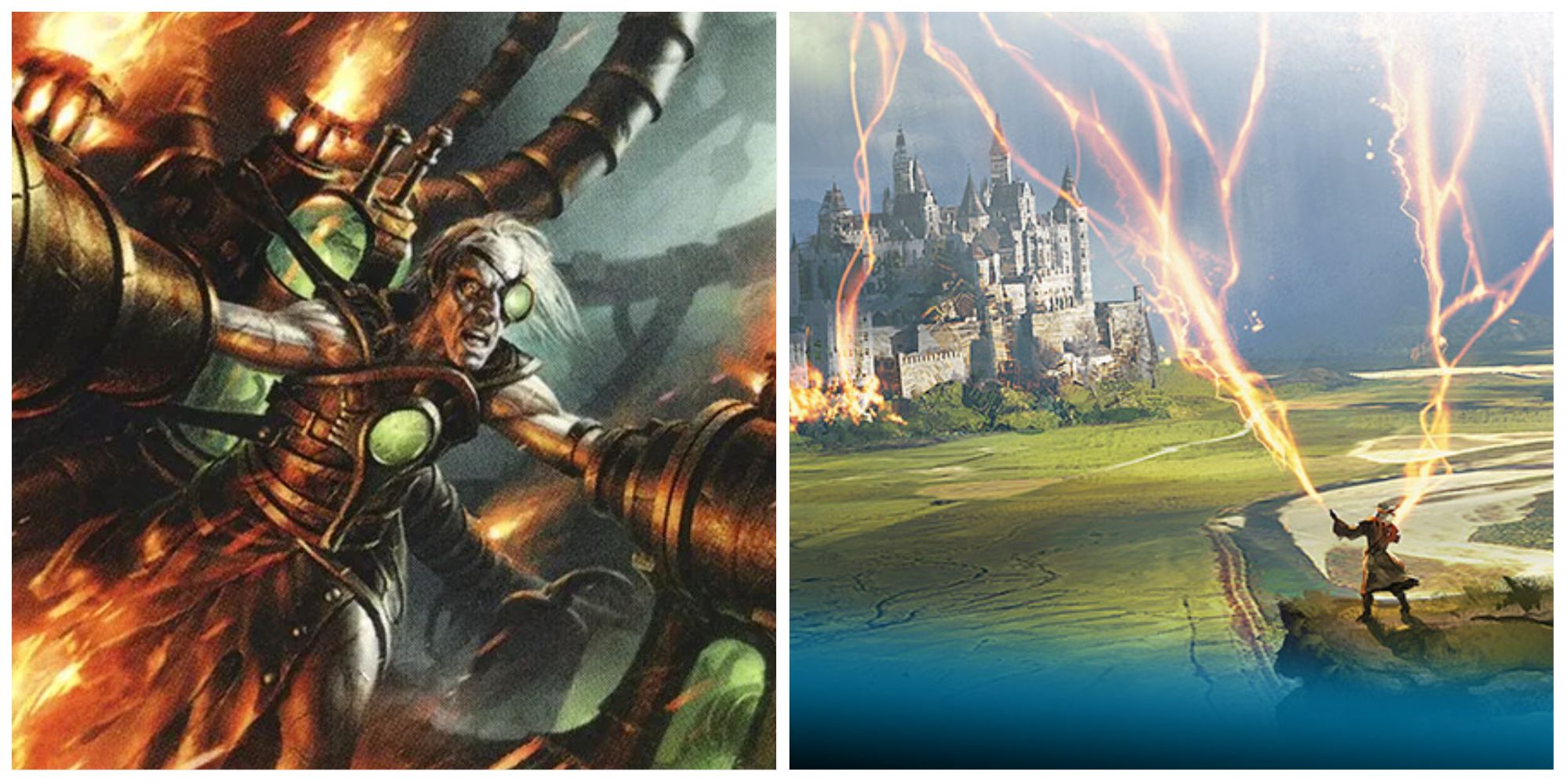 Mono Red Burn is a staple of almost every format, and Explorer is no exception. With how many burn cards are available, it's very easy to build a budget version of the deck. Mono Red Burn is built around dealing damage directly to the opponent, generally ignoring the creatures on the board.

Many of the burn spells available in Explorer can double as removal a lot of the time, allowing them to be more versatile than other red spells. Mono Red Burn continues to get support, all while being powerful without needing to drop any rare or mythic wildcards. 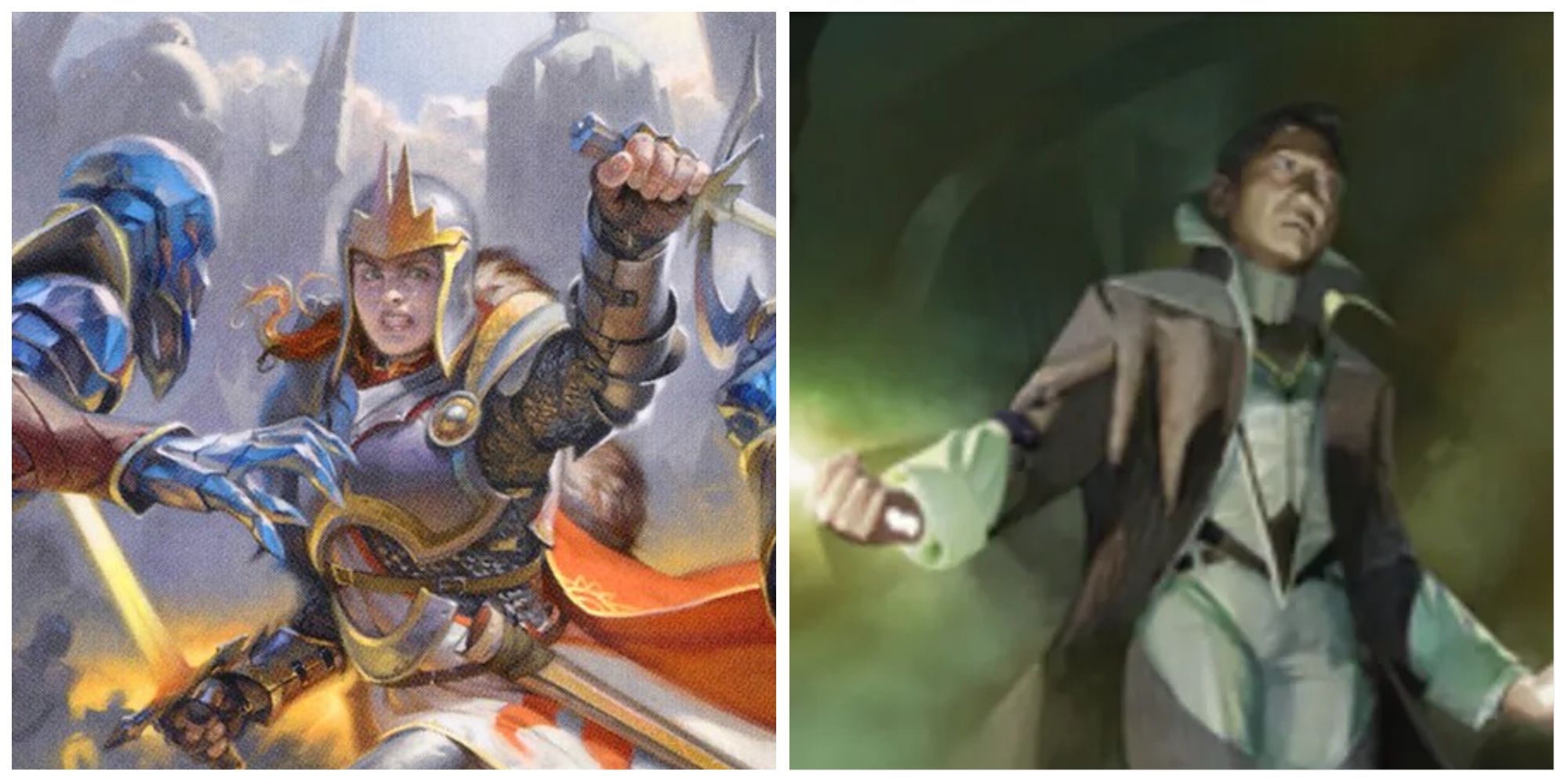 Boros Blitz (not to be confused with the Blitz ability) is a deck built around casting spells that target creatures you control to make them bigger. Generally, you won't be playing any card that costs more than two mana, allowing you to cut down on lands in favor of more spells.

Boros Blitz has plenty of fantastic creatures with these kinds of effects, and a budget build is nearly as good as one that uses higher rarities. Thanks to cards like Tenth District Legionnaire and Illuminator Virtuoso, you can control your top deck and get rid of cards that you don't want or need in your hand. 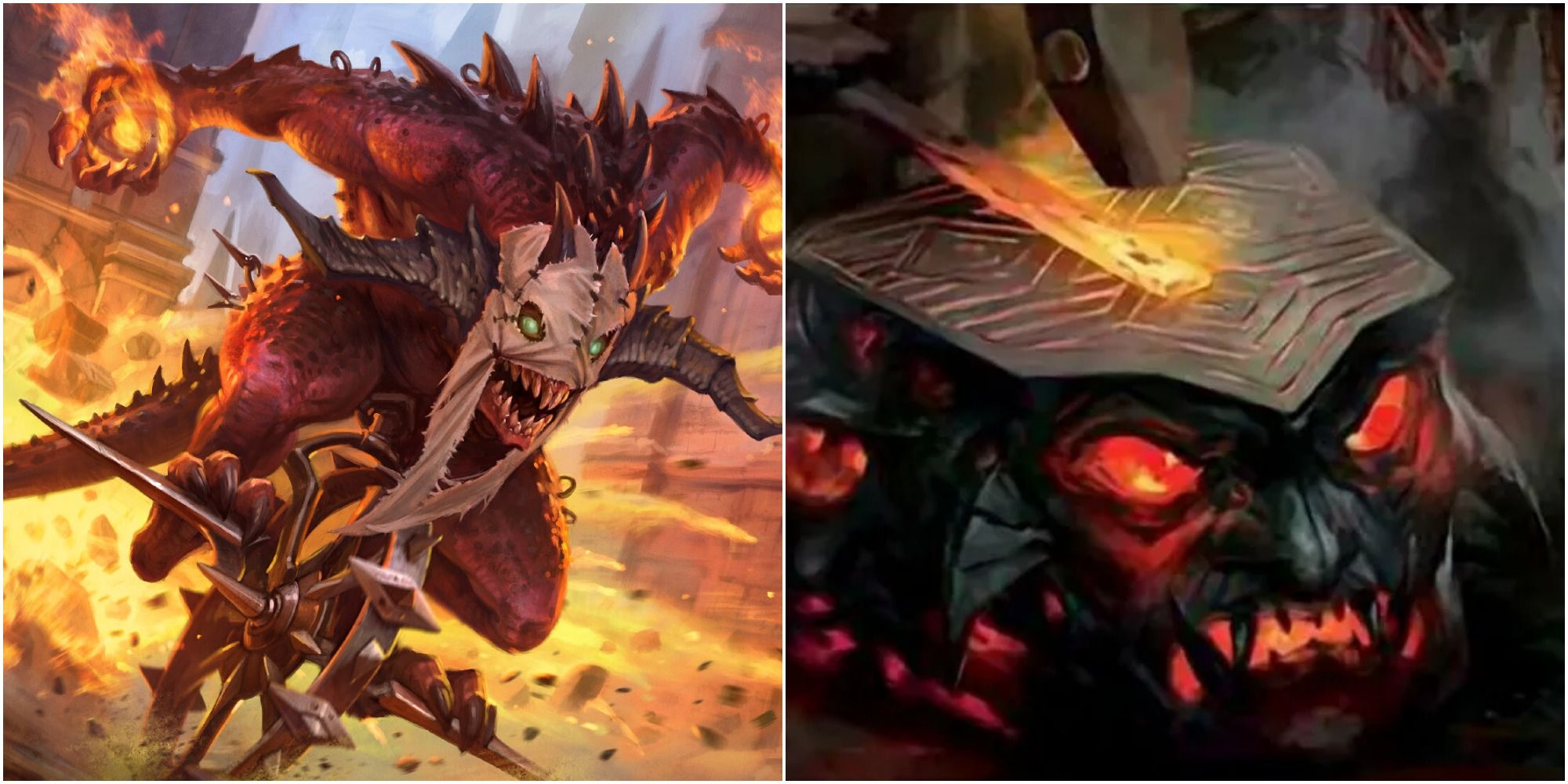 Rakdos (black/red) Sacrifice decks are built around sacrificing your creatures to build value. The most common way is utilizing Cauldron Familiar and Witch's Oven to continuously burn the opponent's life.

When combined with cards like Mayhem Devil, the damage gets even greater. Oni-Cult Anvil provides another slow burn win condition as it can burn and provide tokens. There are many ways to trigger sacrifice effects with both spells and permanents, making for a formidable deck that can be built without a single rare or mythic. Rakdos Sacrifice isn't just a budget deck, it's a meta deck.