Magic: The Gathering's newest set, Streets of New Capenna, distinctly sets place within the Art Deco-inspired plane of New Capenna, a world ruled by five unique crime families. As each of these crime families represents the five three-colored shards of mana, the set is rife with great new additions for players interested in building tri-colored decks.

In addition to its focus on these flavorful new factions, as one can expect from any standard Magic set, Streets of New Capenna contains powerful new Planeswalkers that serve as central figures within the set's story. As Planeswalkers can vary greatly in power, ranging from bulk Mythics to format warping monsters like Oko, Thief of Crowns, we're going to examine the Planeswalkers of New Capenna to see which are the strongest and where they excel. 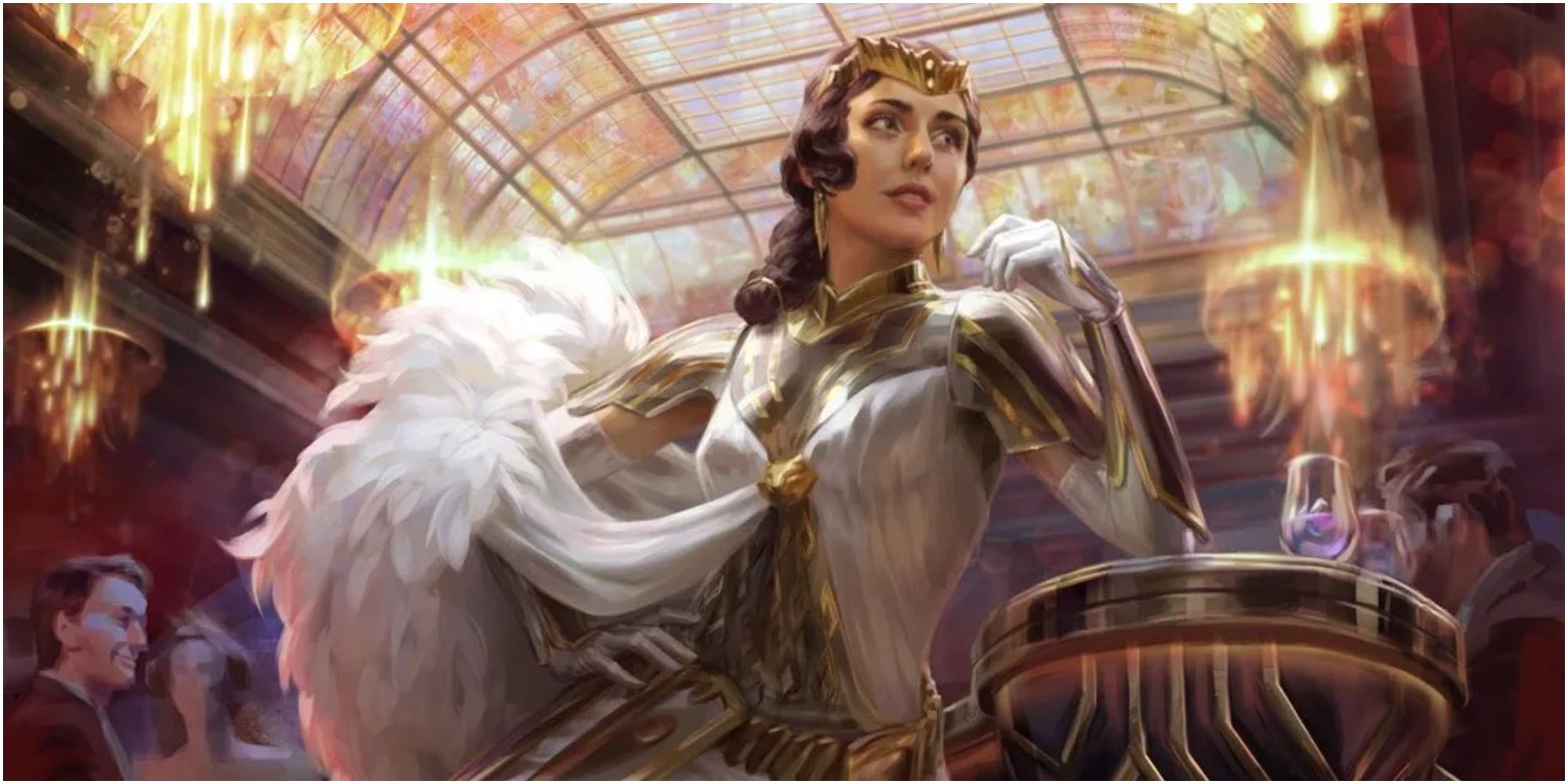 The most recent iteration of the popular Planeswalker Elspeth Tirel, Elspeth Resplendent is a Mono-White Planeswalker that can offer flexible offensive or defensive benefits to a player in addition to the ability to provide card advantage. For five mana, this five loyalty Planeswalker has three activated abilities: a +1, a -3, and an ultimate ability in the form of a -7.

Firstly, Elspeth's +1 is a solid ability that can be used to continuously provide one's creatures with lasting benefits. Targeting a single creature, that creature gains a +1/+1 counter and an ability counter of Flying, First Strike, Lifelink, or Vigilance. As these abilities and counters last longer than a single turn, this is an incredibly flexible ability that can allow Elspeth's controller to respond to their opponent's strengths and weaknesses.

While white is often criticized for its lack of card-drawing effects and means of producing meaningful card advantage without the use of tokens, Elspeth's -3 is a great way of accessing additional cards and putting them into play. Allowing its controller to look at the top seven cards of their library, Elspeth's controller may choose any permanent with a mana value of three or less, putting that card directly into play with a shield counter on it. Not only does this effect dig quite deep into a player's deck, but it can also provide access to anything from a key creature, utility artifact, or a combo piece, even providing the chosen card with protection in the form of a shield counter.

Lastly, Elspeth's -7 ability puts five 3/3 white Angel creature tokens with flying into play. While this effect is rather simple, it can single-handedly create a board state, potentially swinging a game in Elspeth's controller's favor.

2 Vivien On The Hunt 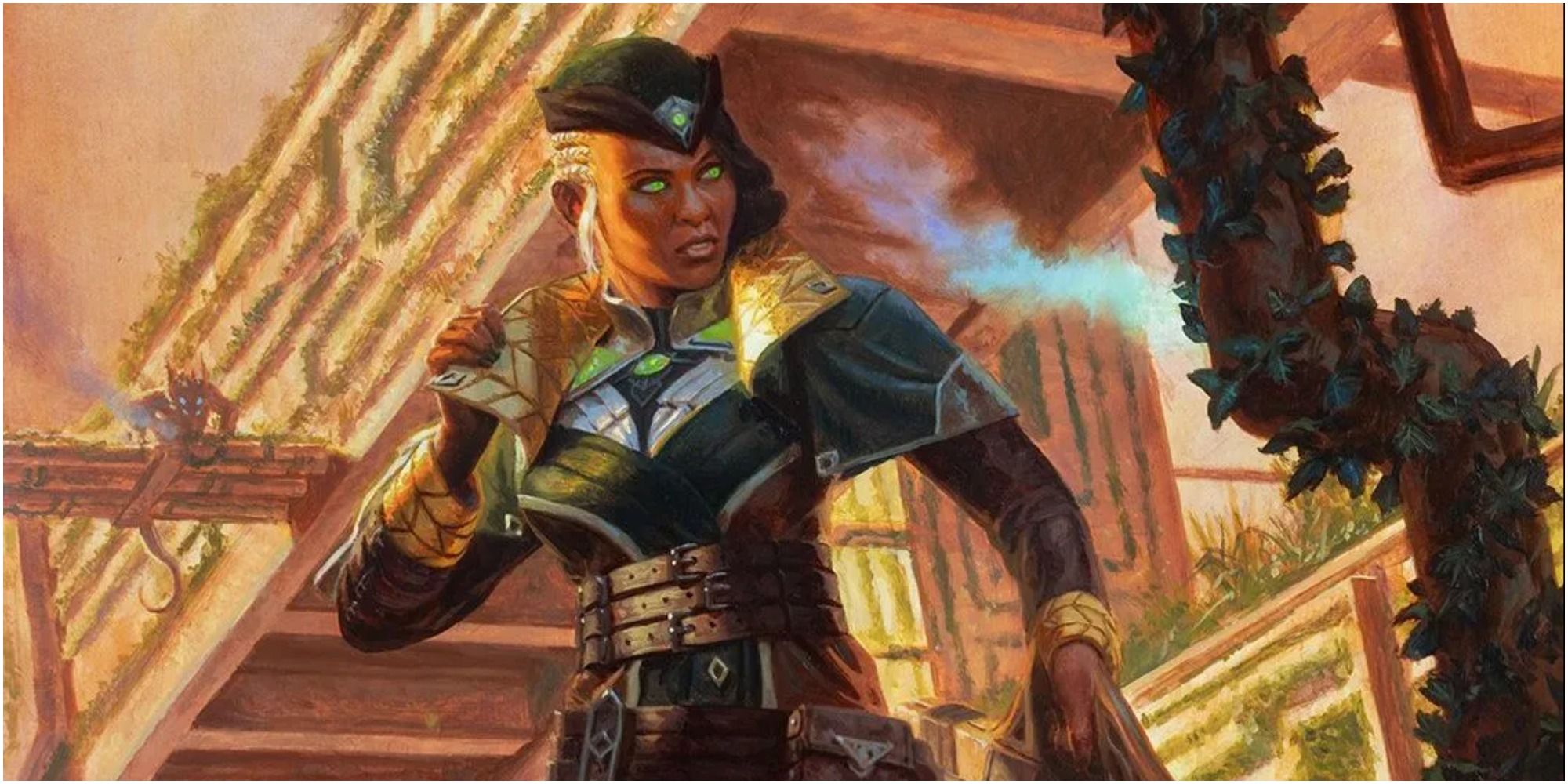 Though the most mana intensive Planeswalker featured in Streets of New Capenna, Vivien On The Hunt is a Mono-Green card that offers a stellar suite of three impactful activated abilities, each of which is immediately accessible as soon as Vivien enters the battlefield. A four-loyalty Planeswalker for six Mana, Vivien can offer a +2, a +1, and a -1 ability.

Vivien's +2 is perhaps the most splashy activated ability which is reminiscent of the ever-popular Birthing Pod. Allowing a creature to be sacrificed, Vivien's controller may tutor for a creature with a mana value equal to one plus that of the sacrificed creature's putting that card into play. This can allow a player to reliably access the most integral creatures in their deck, from combo pieces to finishers.

Like Elspeth, Vivien has access to an activated ability that can provide its controller access to additional cards. When activated, Vivien's +1 allows its controller to mill the top five cards of their library, putting any number of creatures milled this way into its owner's hand. In a creature-heavy deck, this effect is capable of effectively drawing its controller five cards! As this ability can be accessed on each of its controller's turns, this is a great way for green decks to ensure they never run out of gas.

Also like Elspeth, Vivien's final ability is easily her most straightforward. At the cost of one loyalty counter, Vivien's -1 ability can be used to create a 4/4 green Rhino Warrior creature token. While this may not seem like much, it provides Vivien with additional flexibility, allowing its controller to put additional bodies onto the board when needed.

Ob Nixilis, the Adversary is a stellar Rakdos spin on the traditionally Mono-Black Planeswalker, Ob Nixilis. A three-loyalty Planeswalker for three mana, Ob Nixilis notably features Casualty X. This means that when it enters the battlefield, its controller may sacrifice a creature with a power of X. If they do, they create a non-legendary copy of Ob Nixilis with X loyalty.

This is an incredible benefit that not only allows Ob Nixilis to potentially provide twice as much value as it would otherwise, but if a large enough creature is sacrificed this way, the copy can potentially activate its ultimate ability Immediately. In addition to its Casualty ability, Ob Nixilis has access to a solid trio of abilities in the form of a +1, a -2, and a -7, allowing this Planeswalker to deal considerable damage and provide card advantage.

Ob Nixilis's +1 truly puts opponents in a lose-lose situation, causing each opponent to lose two life unless they discard a card. This ability even allows its controller to gain two life in the process as long as they control a demon or devil.

Synergizing with its +1, Ob Nixilis's -2 allows its controller to create a devil token that deals one damage to any target when it dies. This allows a player to easily enable Ob Nixilis's +1, especially if they'd gained a copy of the Planeswalker through its Casualty ability.

Lastly, Ob Nixilis's -7 causes the target player to draw seven cards, losing seven life in the process. This is an incredible and multifarious ability that can either be used to provide an Ob Nixilis player to gain incredible card advantage, or it may be used to deal direct damage to an opponent to close out a game.

While Ob Nixilis' abilities may seem less splashy than that of Vivien, the sheer value and flexibility it can provide through its Casualty ability for a mere three mana cannot be disputed. Through the use of two copies of this Planeswalker at once, a Player can put a devastating strain on an opponent's resources, making the game feel like an uphill battle for one's opponents.