Manor Lords is my video game kryptonite, and I’ve never even played it. I’ve followed news of its development since July 2020. The game was delayed by developer Slavic Magic, so it could refocus and rework the majority of its features. This past June, it was picked up by publisher Hooded Horse.

Manor Lords has come a long way since I first laid eyes on it. I described it back in 2020 as “Banished meets Total War”, and I stand by that description. At Steam’s Next Fest, a celebration of upcoming games and brand-new talent that runs through early October, we will finally be able to dive into the city-building part of the game. I can’t wait to try it out.

I’m a sucker for city-builders and colony simulators. Just last week, I wrote about Songs of Syx, which is currently my favorite colony sim out there, and I’m super excited for the release of Dwarf Fortress in 2023. They can be challenging games, but usually it’s a bit like playing with Lego. Stick this bit here, build this little bit, and then all of a sudden it’s 3am. All I’ve ever wanted is a really, really beautiful colony sim. Small in scale, maybe, but one with unmatched style. Enter Manor Lords, whose gorgeous graphics and attention to detail are on another level entirely.

Each building is hand built by your citizens, step by step, plank by plank. Each individual stag is shot dead in the woods by your hunters. The farmers sow and harvest the fields. Carts transport goods from area to area, including livestock traders who will deliver sheep to your settlement. Your soldiers train in their fields. The battles span across entire windy heathland. I’ve watched the dev meticulously design various costumes and architecture to fit the time period—an ambiguous European medieval setting, but based roughly on the end of the 13th century during the period of the Holy Roman Empire. It’s an ambitious project that I can’t wait to see fulfilled in its Next Fest demo. 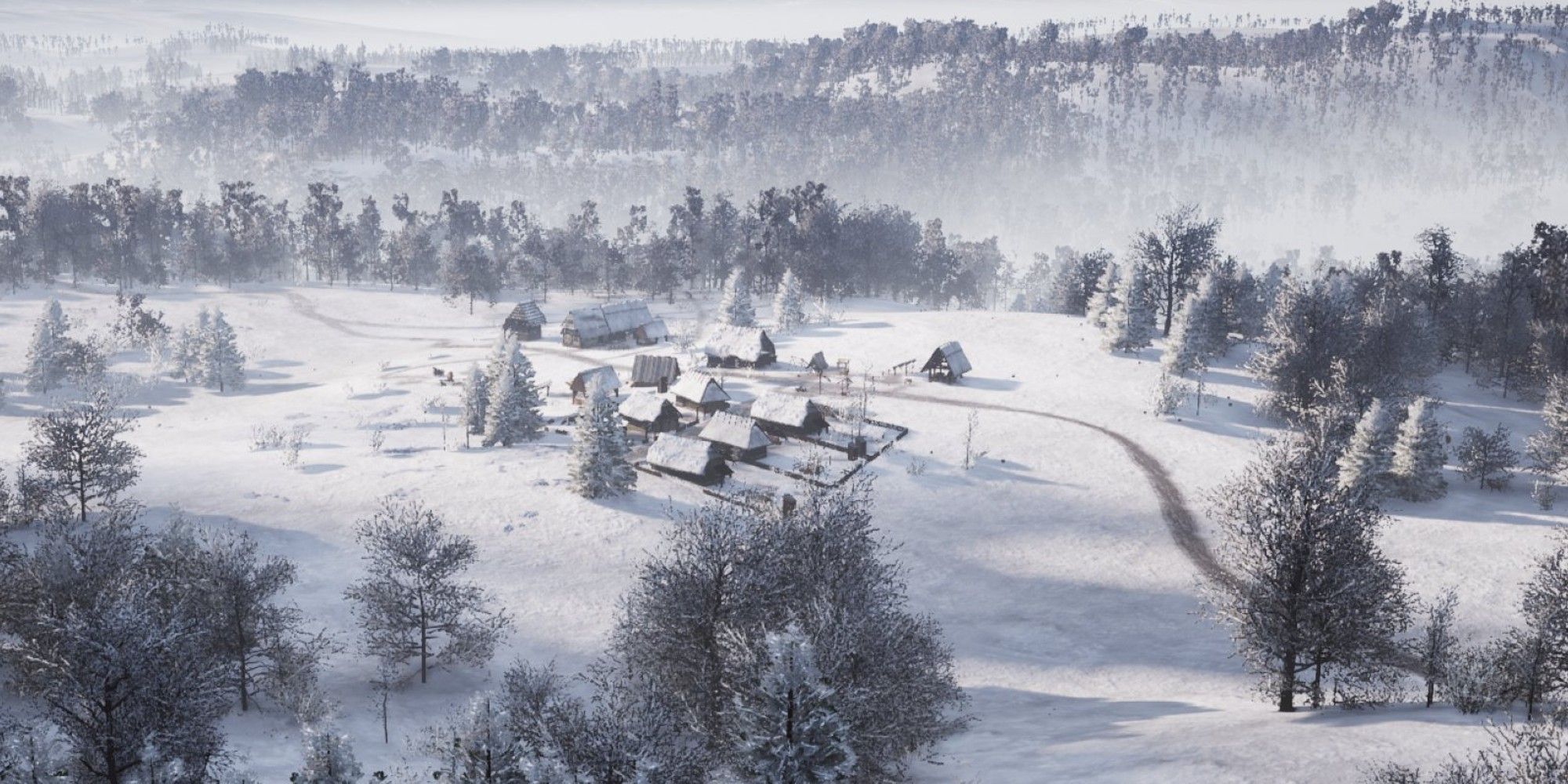 The photorealistic style of Manor Lords is outstanding. Banished was a gorgeous game when it was released, but is quite dated now, and the engine always struggled to cope with large cities. I have the same concerns with Manor Lords, but the pictures of the larger towns look so fantastic I’m excited regardless. The developer confirmed that there were no large towns in the game originally, and this was a later addition once the game had received more development time and funding. We won’t know how well it runs until it launches, though.

There is already a tech tree we’ve seen from internal testing, and it looks expansive. I imagine you’ll be able to research upgrades that will slowly let you expand the size of your city. Like others in the genre, you will have to manage food, clothes, tools, and will be able to trade with other settlements. Late-game tech includes bakeries and tailors, and late-game towns will have a wealth dispersal amongst the buildings and their upgrades to make the place look more organic. 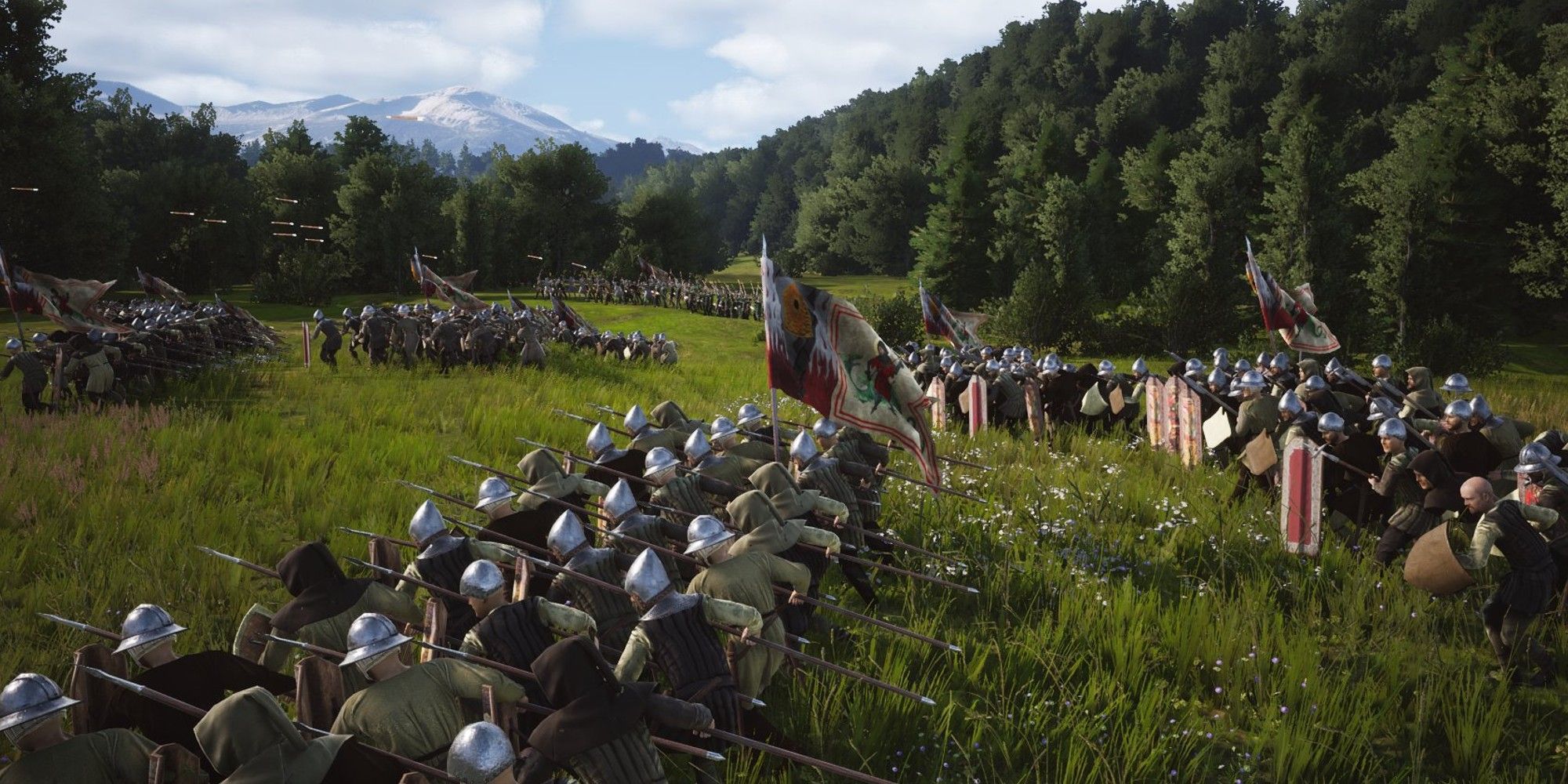 As well as city-building, Manor Lords introduces Total War battlefield mechanics to a genre that is not used to anything like it. A lot of combat in colony simulators and city-builders is restricted to small scale engagements, or tower defense-like battles where waves of enemies approach your base. Songs Of Syx does have a battle system quite a lot like Total War, but the graphics can’t be compared to Manor Lords.

These battles will be a test for the genre, for sure. Balancing city population with realistic-sized battles is something that might pose a problem. Although we won’t get a look at these battles in the upcoming demo, I am still excited to see how the developer has balanced city-building with building and managing armies on a battlefield. 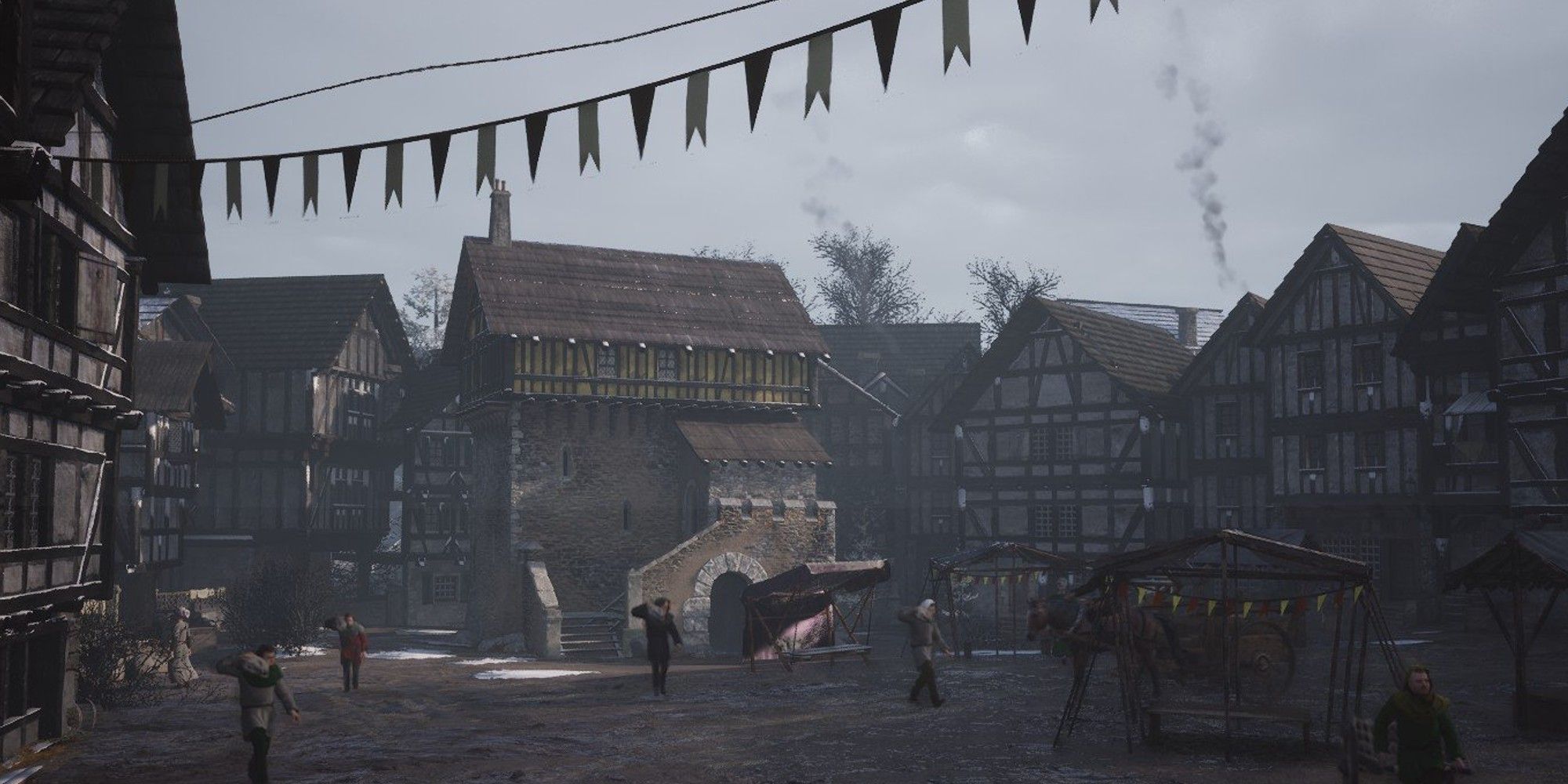 Manor Lords is one of the most ambitious city-builders I’ve ever seen, and the dedication and communication from the developer has been fantastic for the past couple of years. Although the game has already received so much time and effort, I imagine there is a lot more to come before an inevitable early access period. You can check out Manor Lords during Steam’s Next Fest, Oct 3 – Oct 10.