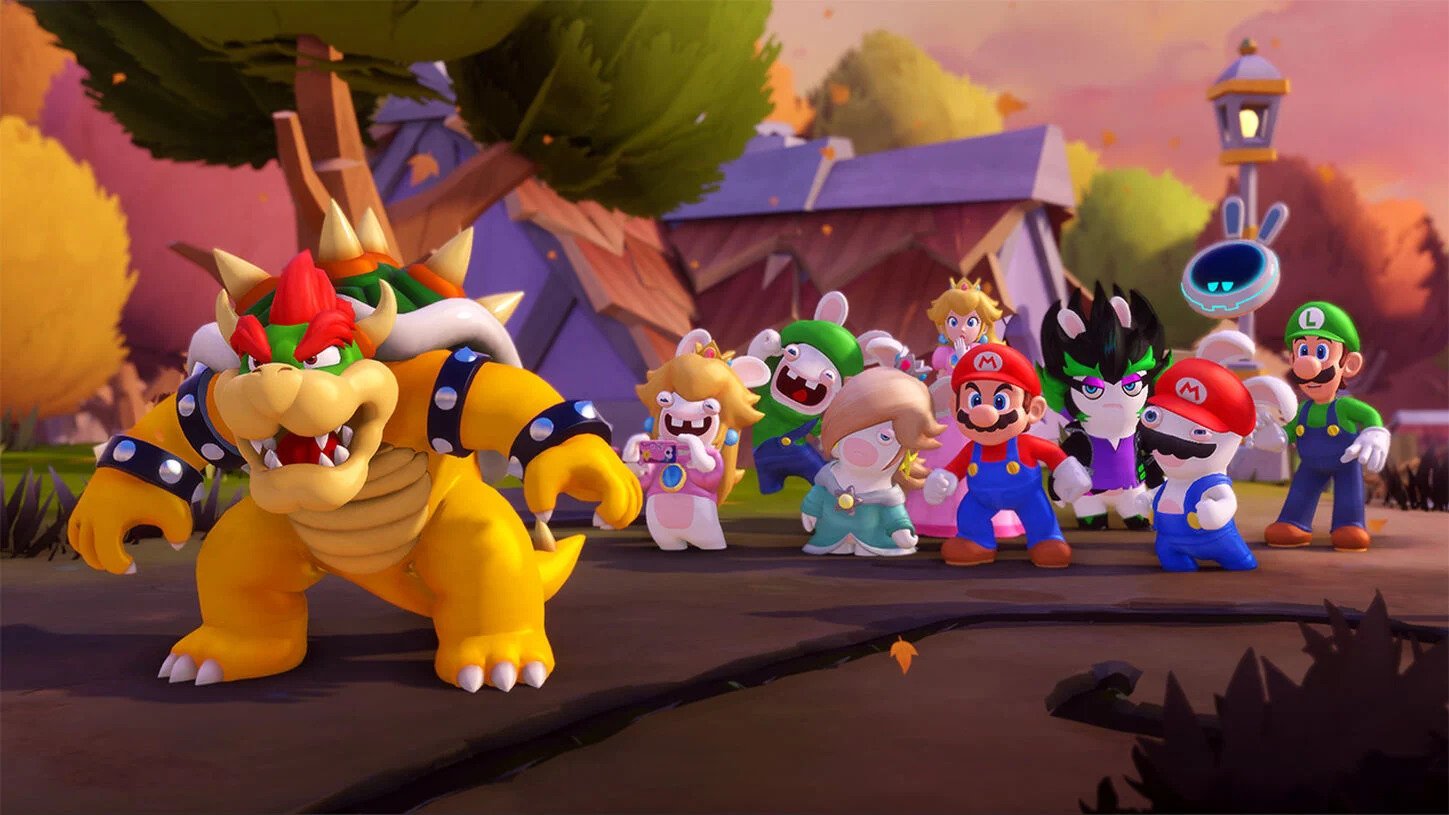 It looks like Ubisoft’s Mario + Rabbids is going to launch this October – and will almost certainly be at the Nintendo Direct today.

A crossover between Super Mario and Ubisoft’s Rabbids characters, that replicates the turn-based combat from XCOM, doesn’t sound like a recipe for success but 2017’s Mario + Rabbids Kingdom Battle is one of the best Switch exclusives not made by Nintendo themselves.

They leant Ubisoft their characters, but everything was made in-house at
Ubisoft Milan, who are also working, along with Ubisoft Paris, on sequel Mario + Rabbids Sparks Of Hope, which is supposed to be out this year.

There’s not been any indication of a delay, one way or the other, but the official Ubisoft website in Spain accidentally put up an update indicating that the game will be out on October 20.

The website is back to normal now but had been given a major overhaul with a number of new, previously unseen, screenshots – all of which look fantastic.

The game looks so good, in fact, that some fans were suspicious the game was being held back till 2023 and the Switch Pro. But no, it seems as if Ubisoft are just a lot better at squeezing extra power out of the standard Switch.

Ubisoft accidentally updating their website also makes it extremely likely that the game will be featured during the Nintendo Direct Mini today, at 2pm.

The Direct is supposed to focus only on third party games but there was some confusion as to whether Mario + Rabbids counted, as Nintendo is only co-publisher.

That still doesn’t guarantee Bayonetta 3 will be featured though as Nintendo are sole publisher on that, even though the game itself is being made by third party developer PlatinumGames.