Zabu, the last known sabertooth tiger, landed in Marvel Snap along with the Savage Lands season. He is Ka-zar’s Smilodon companion, and in the game, he’s a 3-Cost, 2-Power card with the Ongoing ability to make your 4-Cost cards cost two less (to a minimum of 1-Cost).

Like the release of the Silver Surfer in the previous season, Zabu has made a big splash in the meta-game. With many of the most popular combos and counters being 4-Costs, Zabu can slot into practically any deck to great effect. 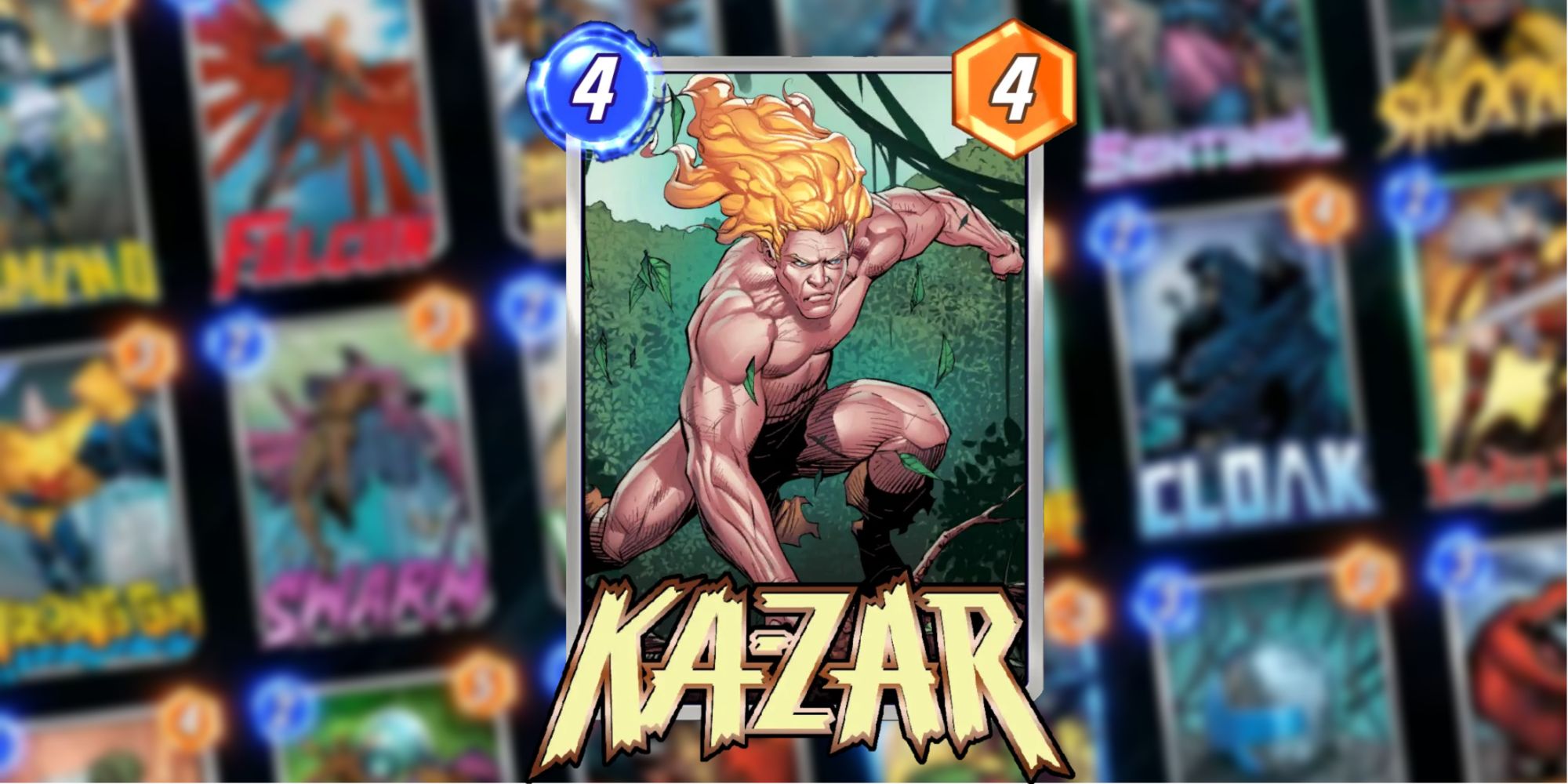 As Ka-zar’s feline friend, Zabu was clearly designed with Ka-zar in mind, but their abilities are seemingly at odds with each other. Ka-zar favors 1-Cost card zoo decks, but Zabu needs 4-Costs.

The clincher seems to be Moongirl, with the usual counters like Enchantress and Shang-chi also seeing greater use. With Moongirl, your otherwise scarce 1-Cost cards can be plentiful and so Ka-zar can shine. It’s definitely a niche deck to use but having multiple Ant-Mans or Titanias on your side adds up to big numbers for small prices. 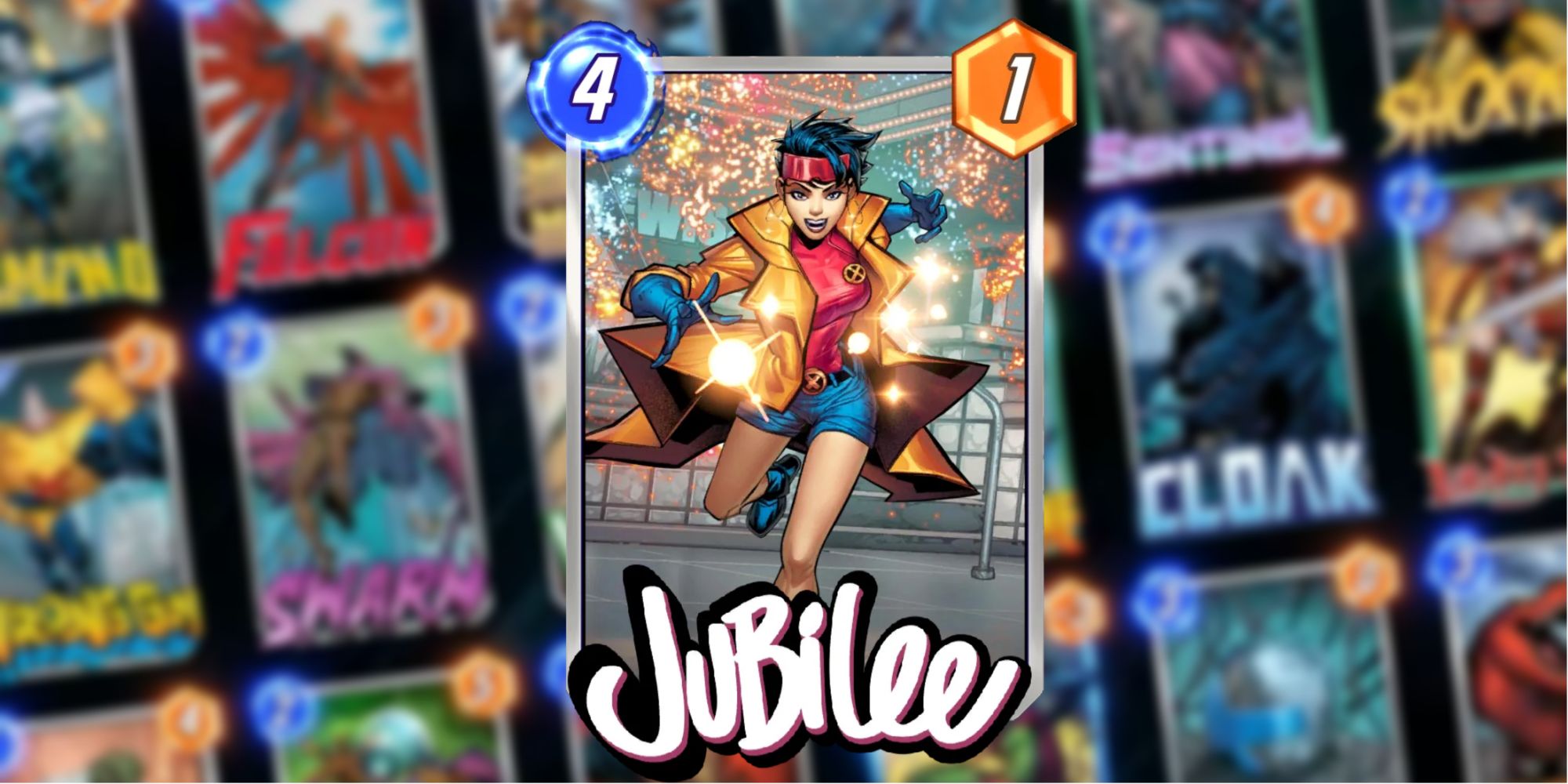 A 4-Cost, 1-Power that pulls out a random card from your deck is tough to rely on and keep in your deck save for a couple rare cases. But at 2-Cost, Jubilee is suddenly much more desirable. If you play Jubilee before Absorbing Man you’ve got double the chance to pull that Infinaut or Hulk, and you can begin having a little faith in her random pulls.

Of course, these are still risks, but you can also plan to pull Onslaught or Spectrum, and if you do, you’ll be ahead of the curve. 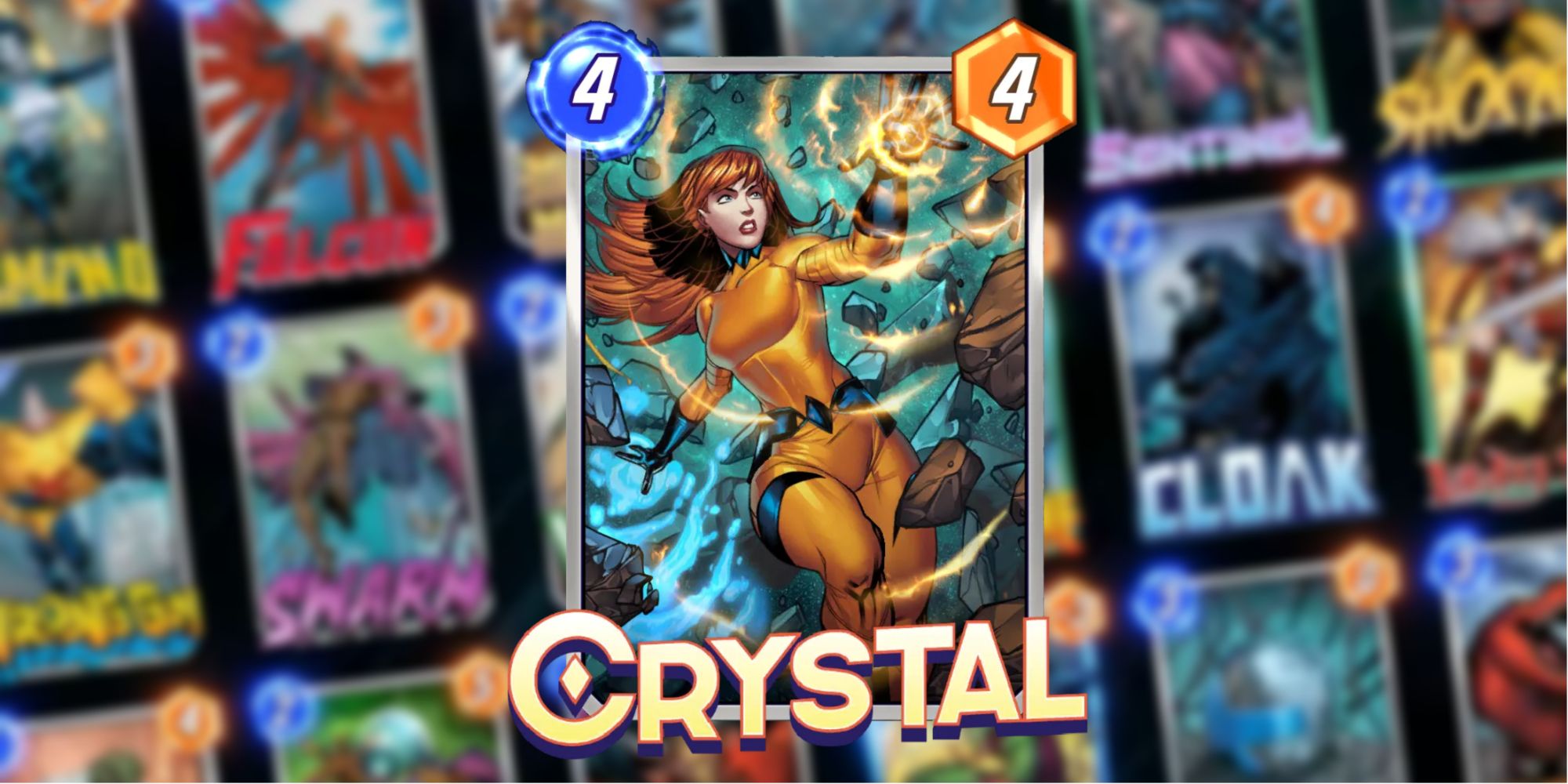 Before the release of Zabu, Crystal saw very little play and was generally useless. Now there’s a lot of potential for her three-card redraw ability. With Zabu’s cheap 4-Costs, you can stack your deck with them, drop them on turn four, redraw with Crystal on turn five and drop more on turn six.

A great combo would be using Strong Guy and Hell Cow alongside Crystal for a consistent 16-Power drop after you’ve burnt out your other cards. That said, like all other Zabu decks, this can all be prevented by Sandman, so pack your Enchantress and cross your fingers. 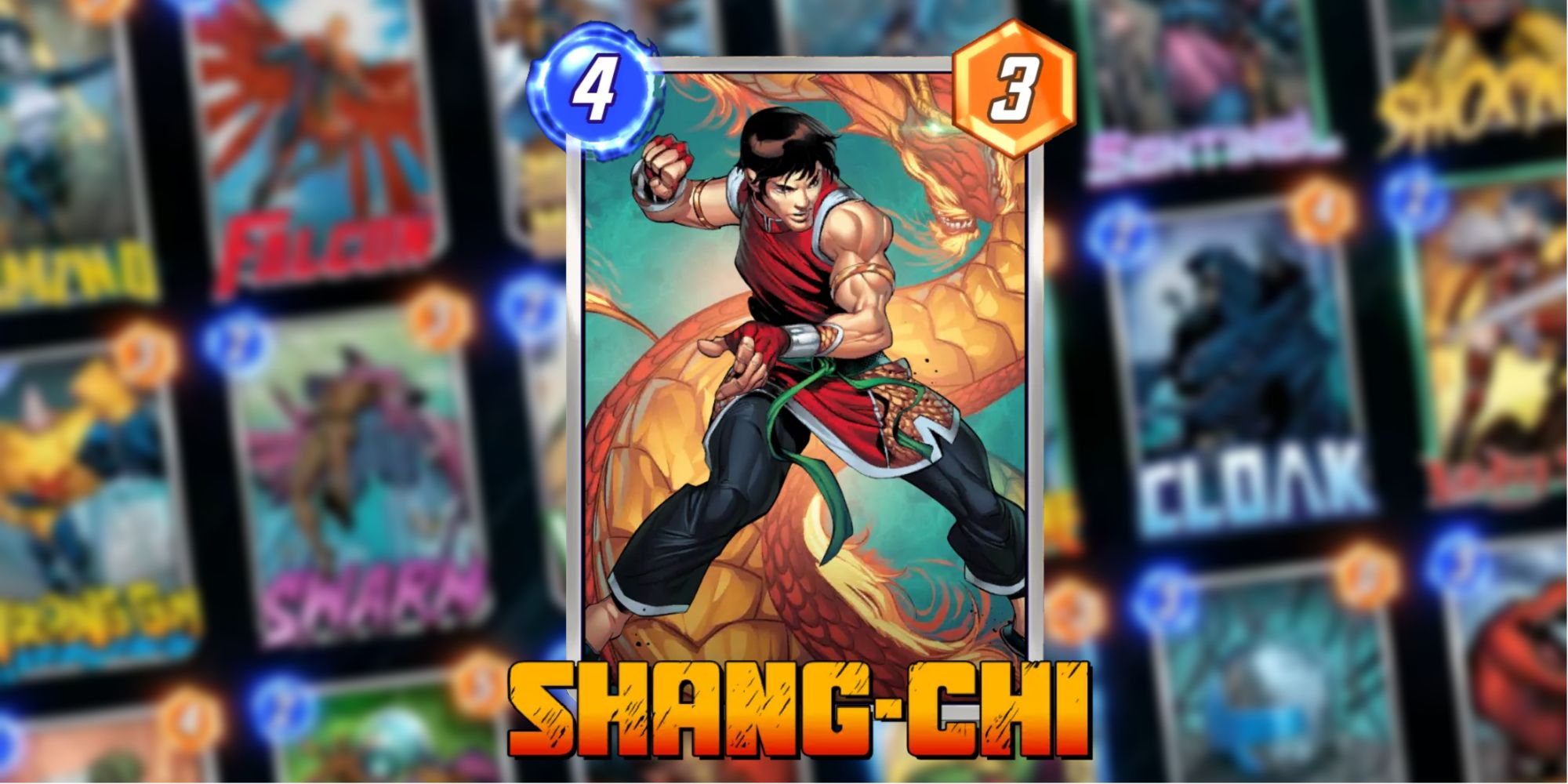 What needs to be said about Shang-Chi? He’s the real Destroyer and all too often turns what would have been an easy win into a quick loss. He destroys enemy cards with nine or more Power, and counters many deck types.

With Zabu, he’s a dream. At 2-Cost you can hold him in your hand as long as you like and have little fear you won’t have the Energy to play him. Alongside Enchantress, he’s the most common counter, and Zabu makes him harder for your opponent to predict, which means more cubes for you. 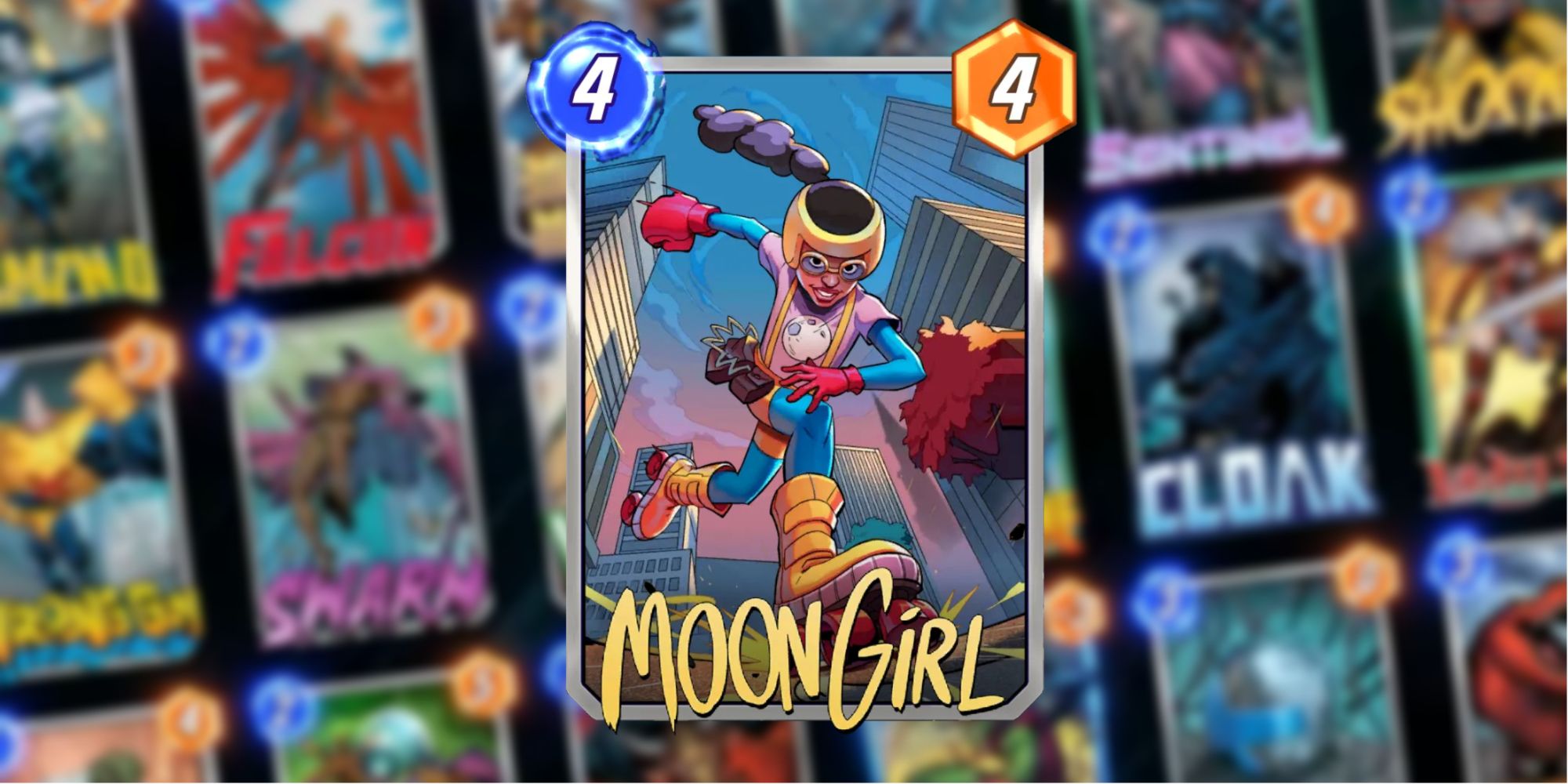 With Zabu, you can play 4-Cost cards quicker, so you also run out of cards quicker. With Moongirl, you double the cards you have in hand, and she costs four Energy. It’s the perfect match. Practically any Zabu deck can benefit from the addition of Moongirl; you can skip Mystique and have two Wongs for four Energy. Or you can skip Wong entirely and play your cards in any lane.

Mojo, Rescue and Dazzler may be especially useful paired with Moongirl as you’ll have a much easier time filling up your side of the board when you have double the cards. 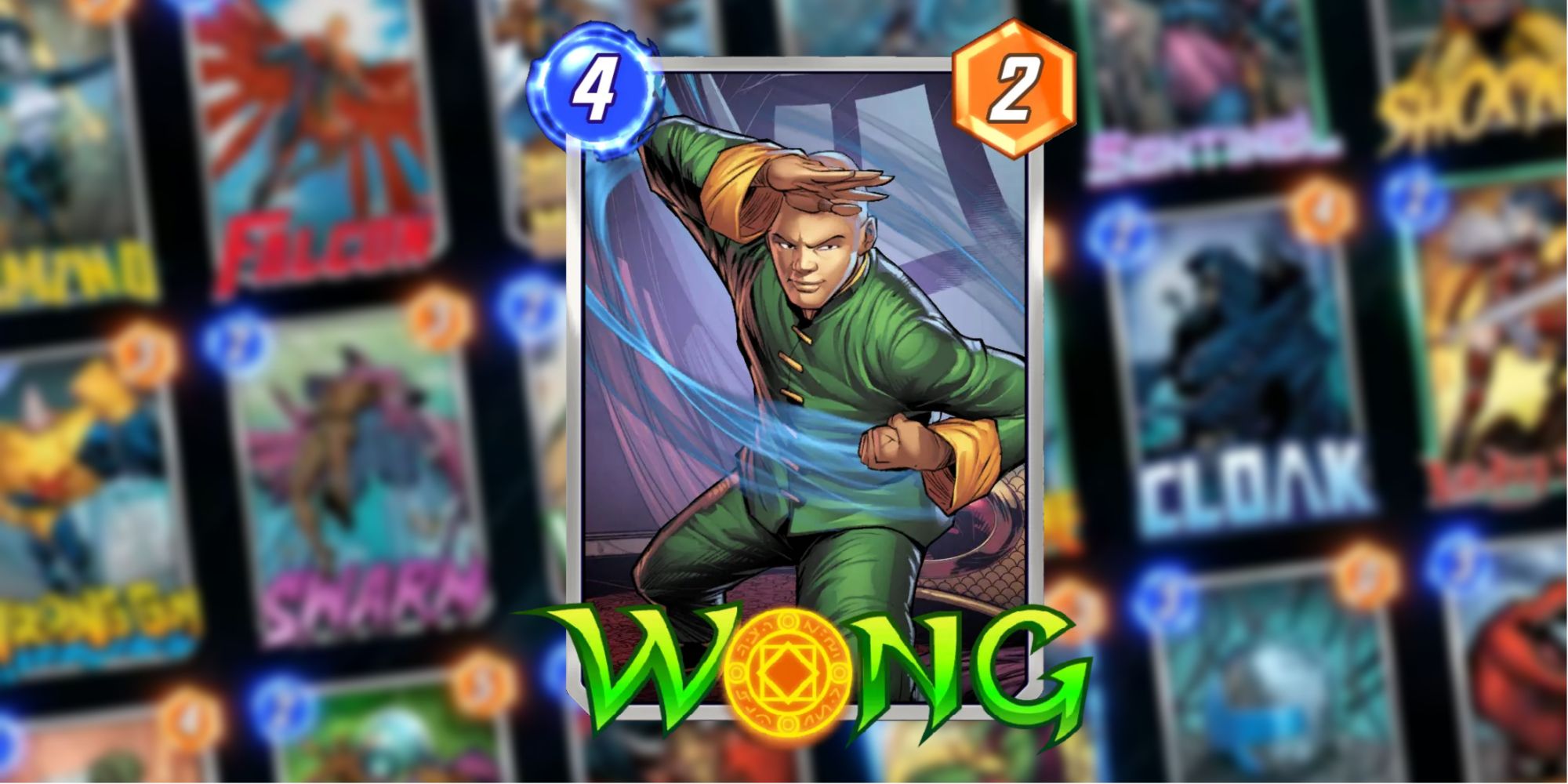 The goal of any Wong deck is to play Wong, and the sooner you do, the more use you can make of him. His ability is doubling your On Reveal abilities at his location, so Silver Surfer will add +6 to your 3-Costs instead of +3, or Doctor Doom will add four Doom Bots instead of two.

Wong and Zabu are very versatile, and together their powers are impressive. Instead of simply playing Wong on turn 4, with Zabu on board you can drop Wong and an On Reveal Card immediately. Rockslide, Scorpion and definitely Shuri would do well with this combo. 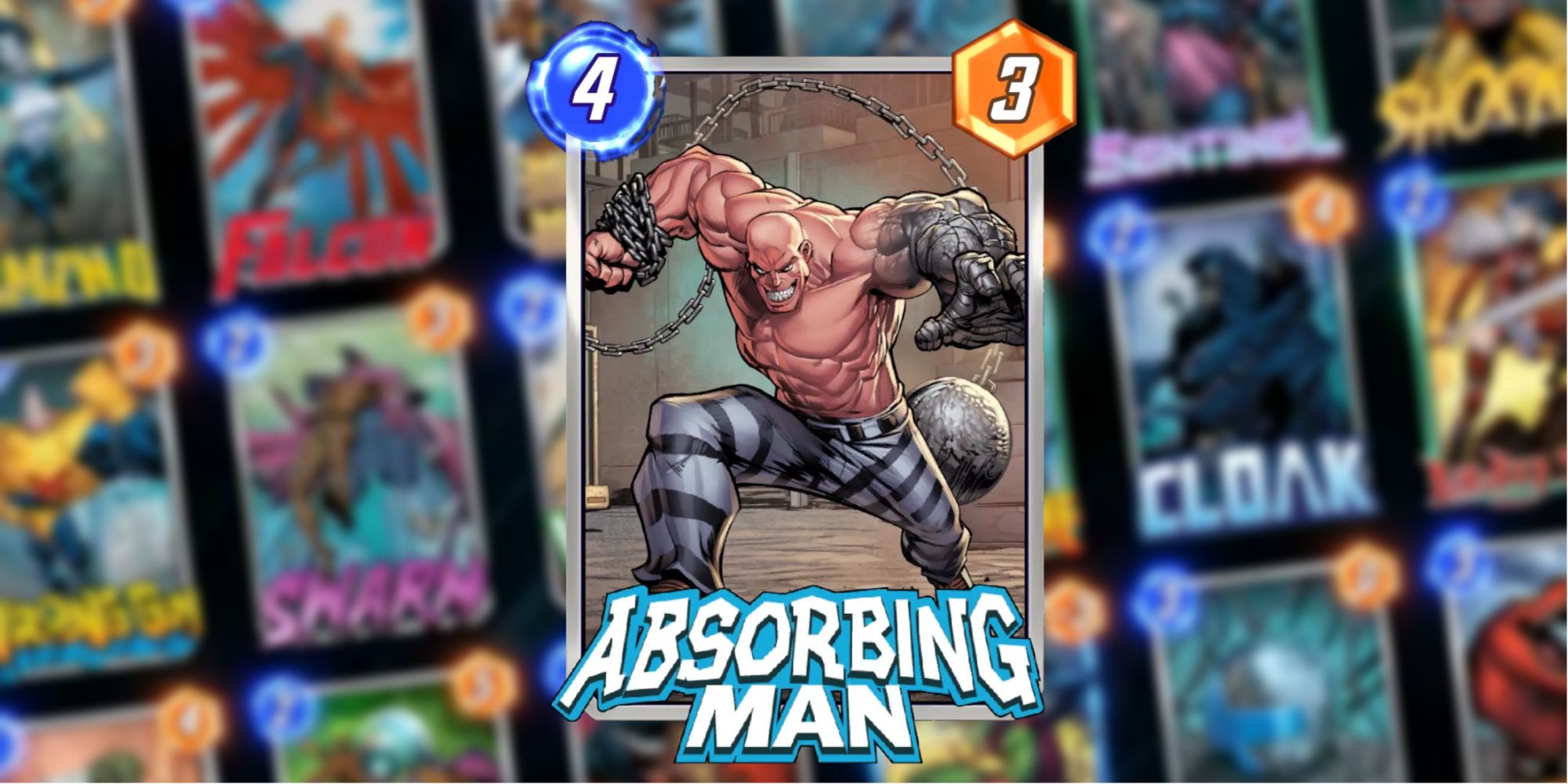 A side-grade to Wong’s On Reveal doubling is Absorbing Man’s On Reveal copying. With Zabu down, you can drop two 4-Costs on turn four, and Absorbing Man does best when these are counter or control cards.

Playing him after Spider-Man will shut down the board for your opponent’s next turn, perfect for interrupting a combo or even forcing them to skip. Saving Shang-Chi and Absorbing Man for turn six could have you pull a shocking turnaround and bag you an easy eight cubes, but that’s easier said than done. 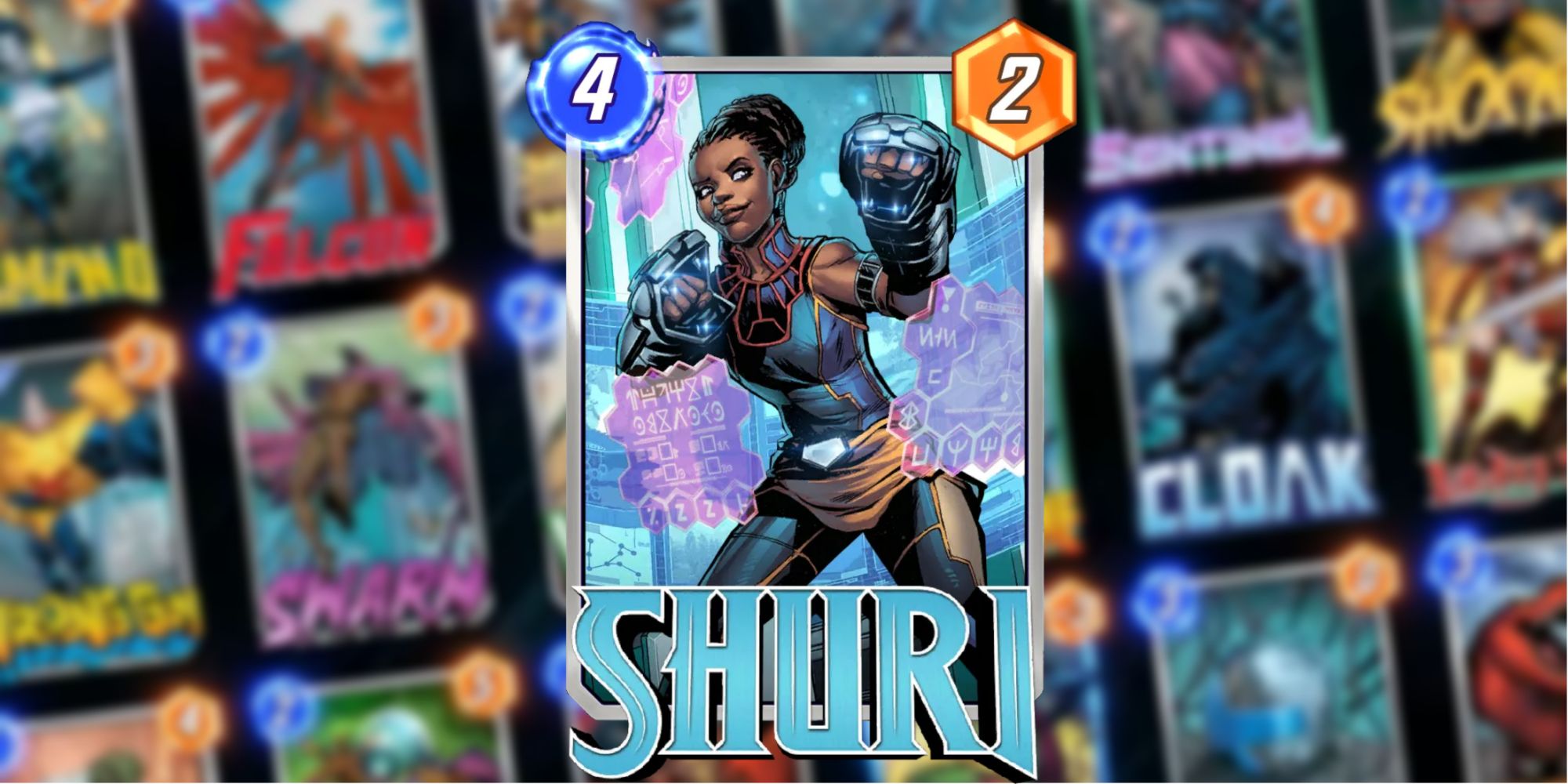 If you can get your hand on the Pool 5 card, Shuri, she’s the perfect card to combo with Zabu. Turn three, drop Zabu, turn four play Shuri to double Typhoid Mary to 20-Power, and, on turn five finish with Taskmaster for another 20-Power.

Add Enchantress and Red Skull to fill out, and you can practically skip your turn 6. But she’s more versatile than just that, you can use her to double anything, so you can have 12-Power Captain Marvel making your win on turn five if you like. If you are sick of Leader shutting down your turn six play, this may be the remedy.