Marvel’s Midnight Suns gives you plenty of options to deal with the bad guys, even just with The Hunter themselves, since their cards are all aligned with Dark, Light, or Power. The former two are tied to and affect the game’s morality systems, while the latter is neutral.

Dark cards pull elements from the other two alignments but tend to be more powerful or have extra utility. This extra power comes with some extra costs, typical of dark powers. The path of darkness is risky, but it’s sometimes necessary in desperate times. Which Hunter dark cards are worth walking the dark side for? Here they are, ranked. 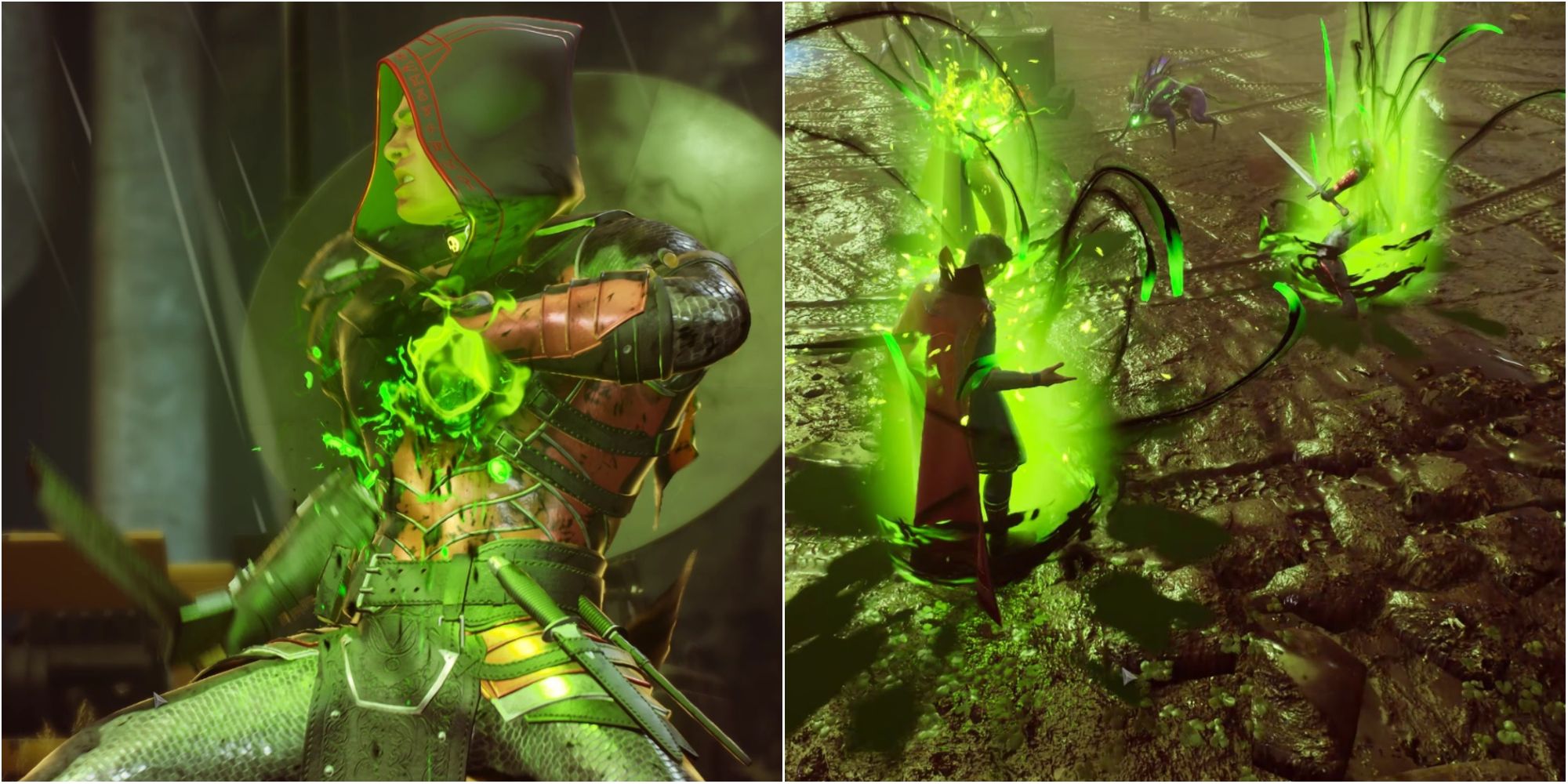 There’s a point when this card is completely useless, at least if you’re keeping up with all your characters’ progression, and that is when you’re already running all upgraded cards. Your goal is to be fully stacked with upgraded, possibly modded cards, so in essence, the game is a race to make this card useless.

You can run this early on to give you an edge in early fights, but unless you’re a perfectionist who unlocks and plays high difficulties quickly, you’ll barely feel the difference and would probably prefer to keep the health instead. 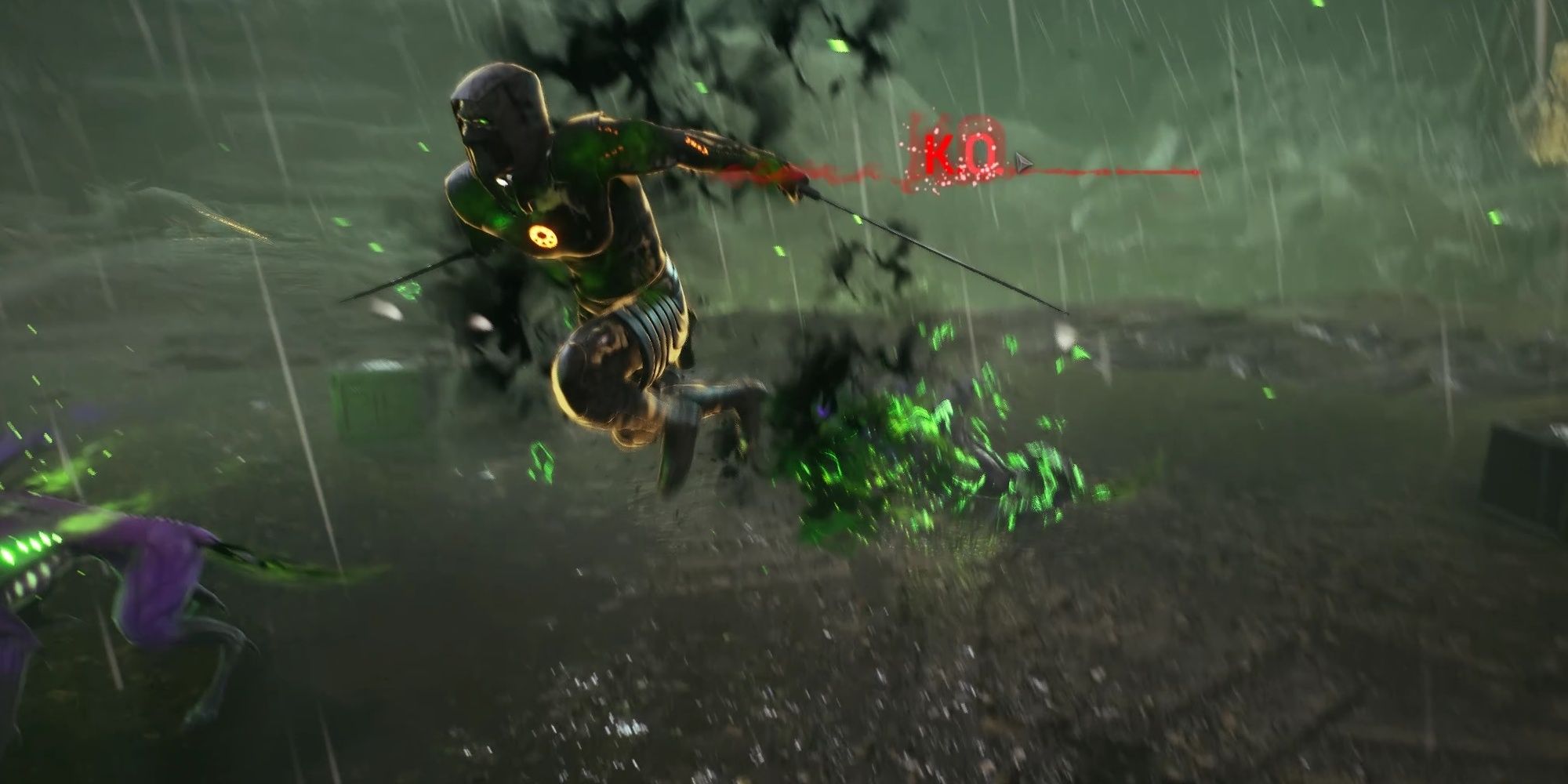 A harder-hitting normal attack that makes you easier to damage in return. Depending on when you play it, the Vulnerable debuff is a fair price to pay, but be careful just throwing one of these out since you can put yourself in a precarious situation and not even know it.

In later levels, higher difficulties, or both, taking extra damage might just be a death sentence, but if you’re confident in your ability to control the battlefield, then this deals enough damage that it might just be worth the risk, hitting almost as hard as some of the cheaper Heroics. 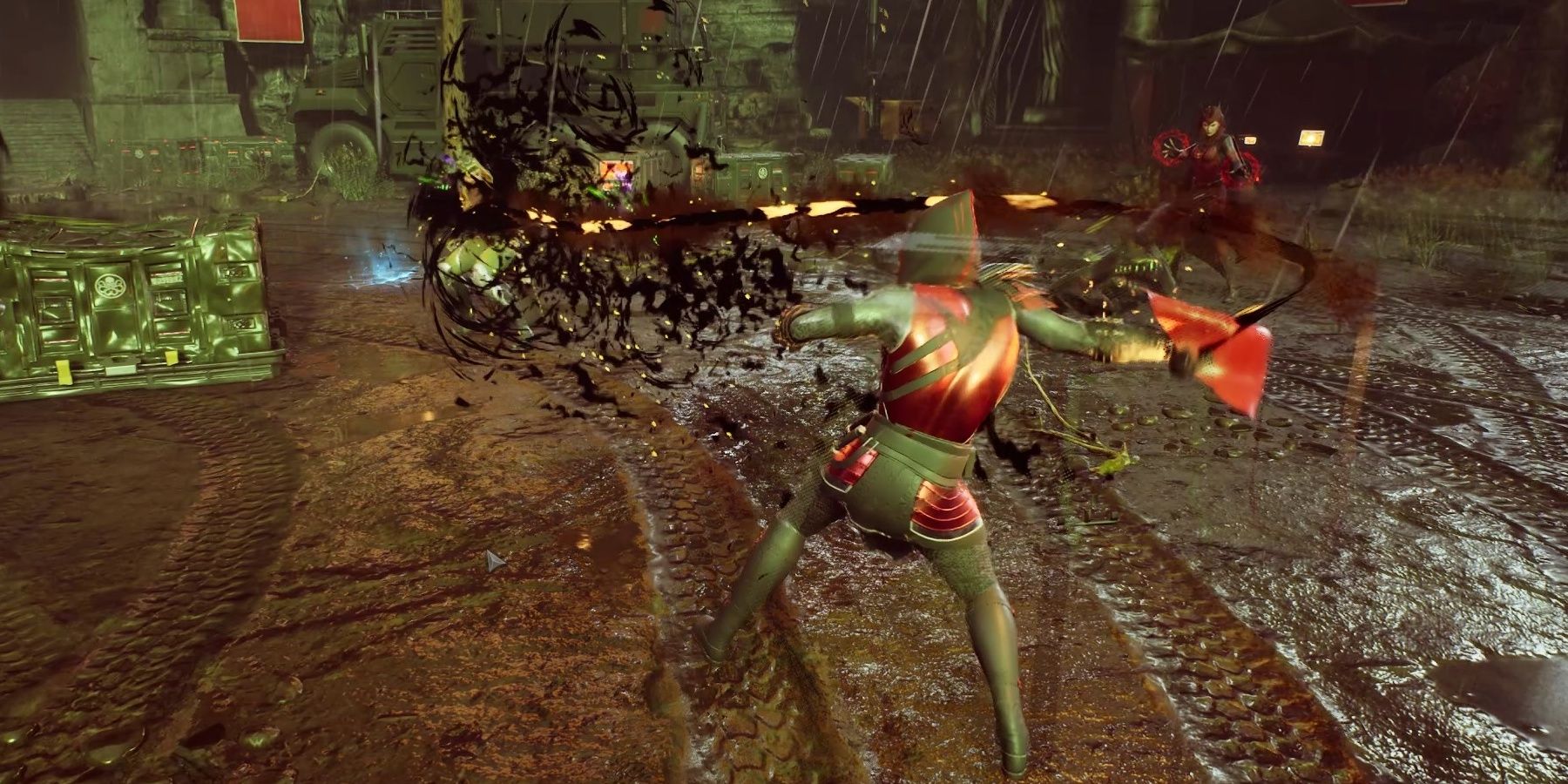 A decent way to bat around foes, especially since it’s free if you upgrade it, but the discard built into the card might end up more costly than you bargained for if you’re particularly unlucky.

Compared to the similarly-applied Light-aligned card Bands of Light, Whip falls behind since the former deals damage at base, deals more damage upon upgrade, draws cards per KO, and doesn’t discard a card when played. Still, sometimes you can’t beat the price of free, even when there are strings attached. 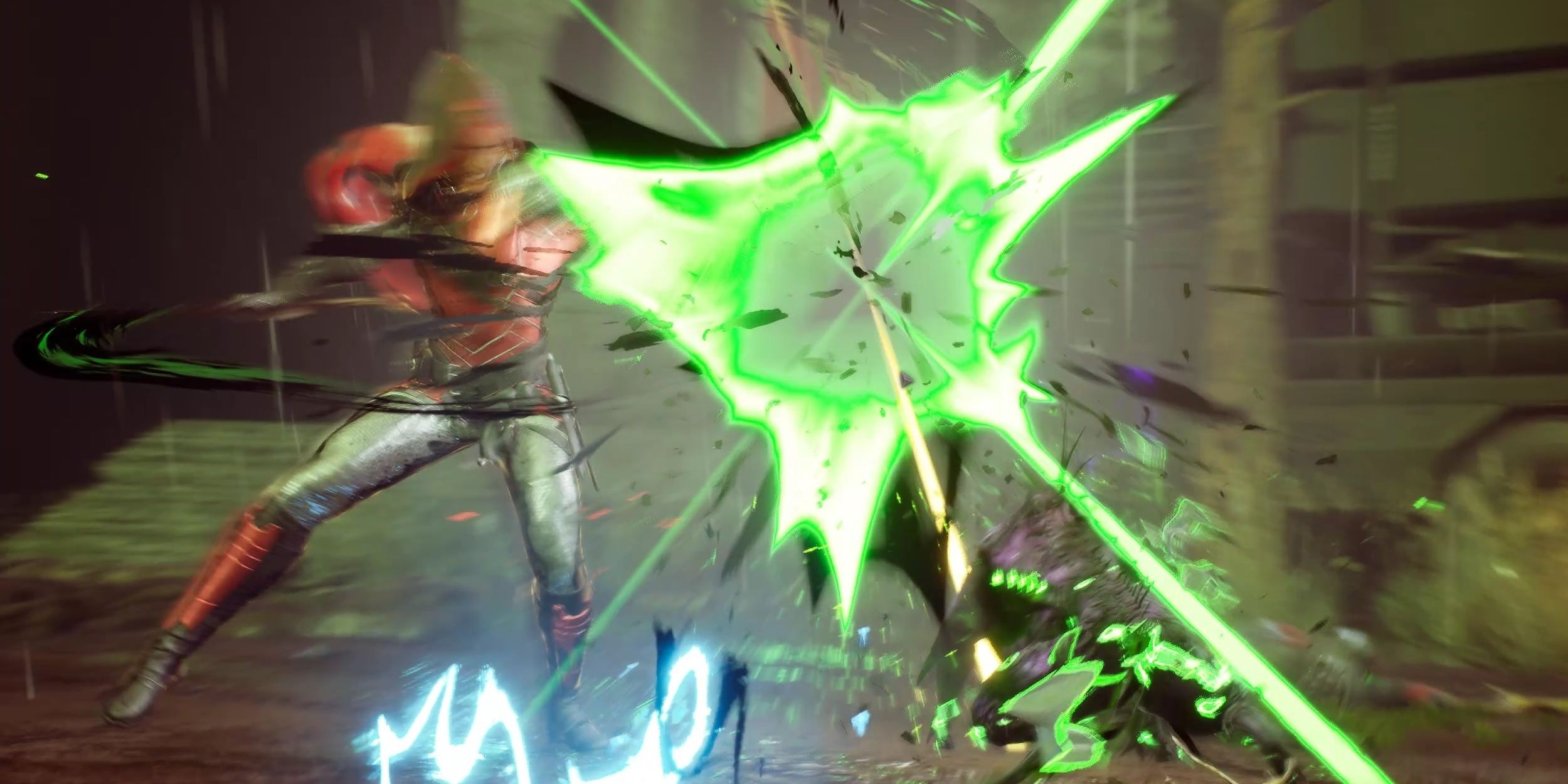 An average-power attack card that has the potential to hit like a truck. Unfortunately, you’ll rarely be able to take full advantage of this card’s power since Stun effects are rare and usually have a low hit rate, and environmental sources of Stun won’t reliably show up per map. Not to mention that they deplete when you use them.

If you want to build around this card, consider running the Power card Deadly Ground since the Light explosive stuns enemies knocked into it. Also, upgrade it ASAP so you can take advantage of the Binds provided by Doctor Strange’s Crimson Bands of Cyttorak and Spider-Man’s THWIP! 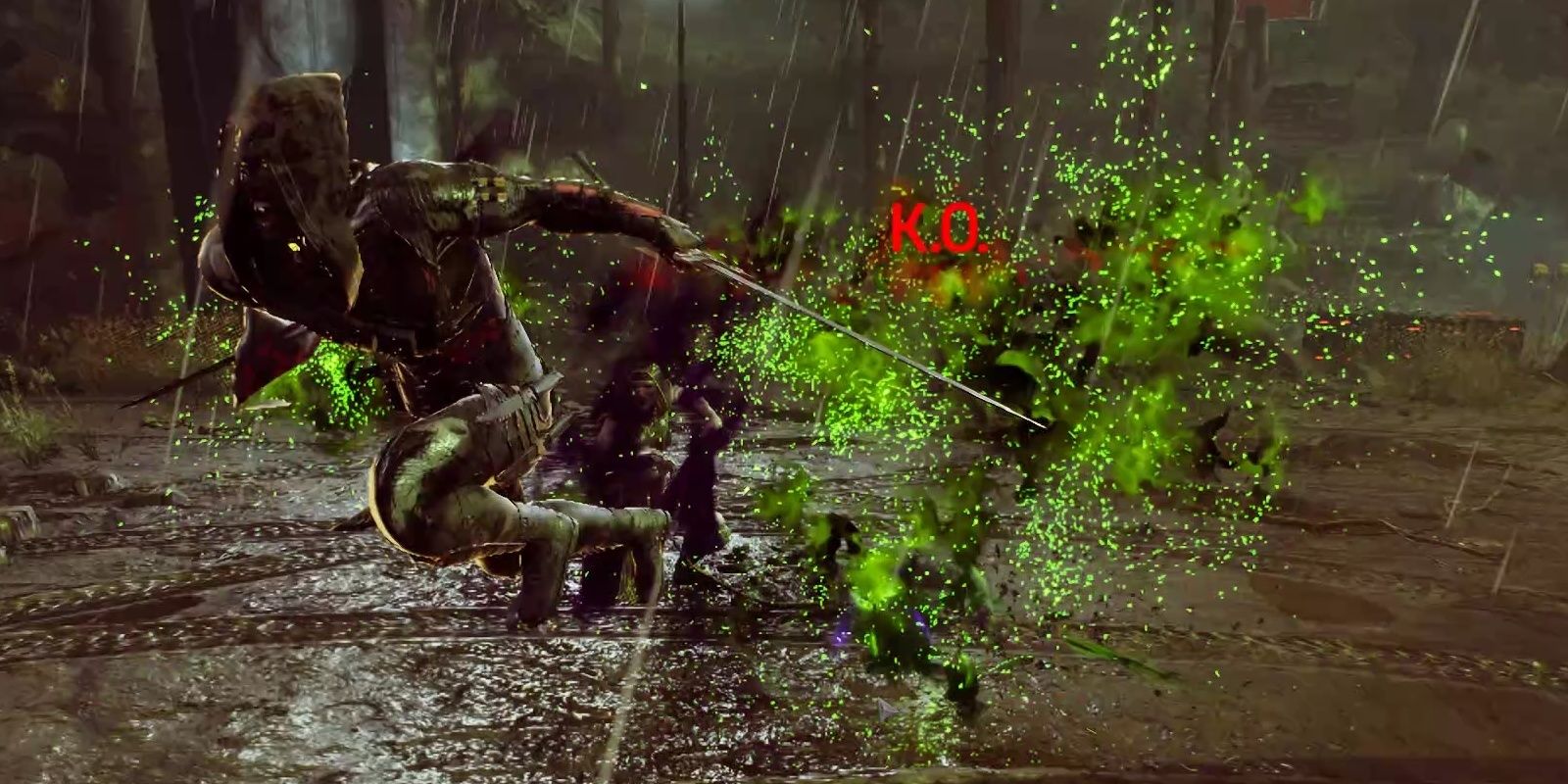 All Out is a strange card because, on its face, it seemingly isn’t worth the hassle. It’s a heavy hit at a relatively cheap price, sure, but having to discard all your Hunter cards can put you in a bad place

That is, if you play it wrong. If you want to mitigate or even trivialize the loss, all you have to do is to make sure you play or redraw all Hunter cards before going All Out. With the upgrade, you might even get more cards than you lost by using the attack. 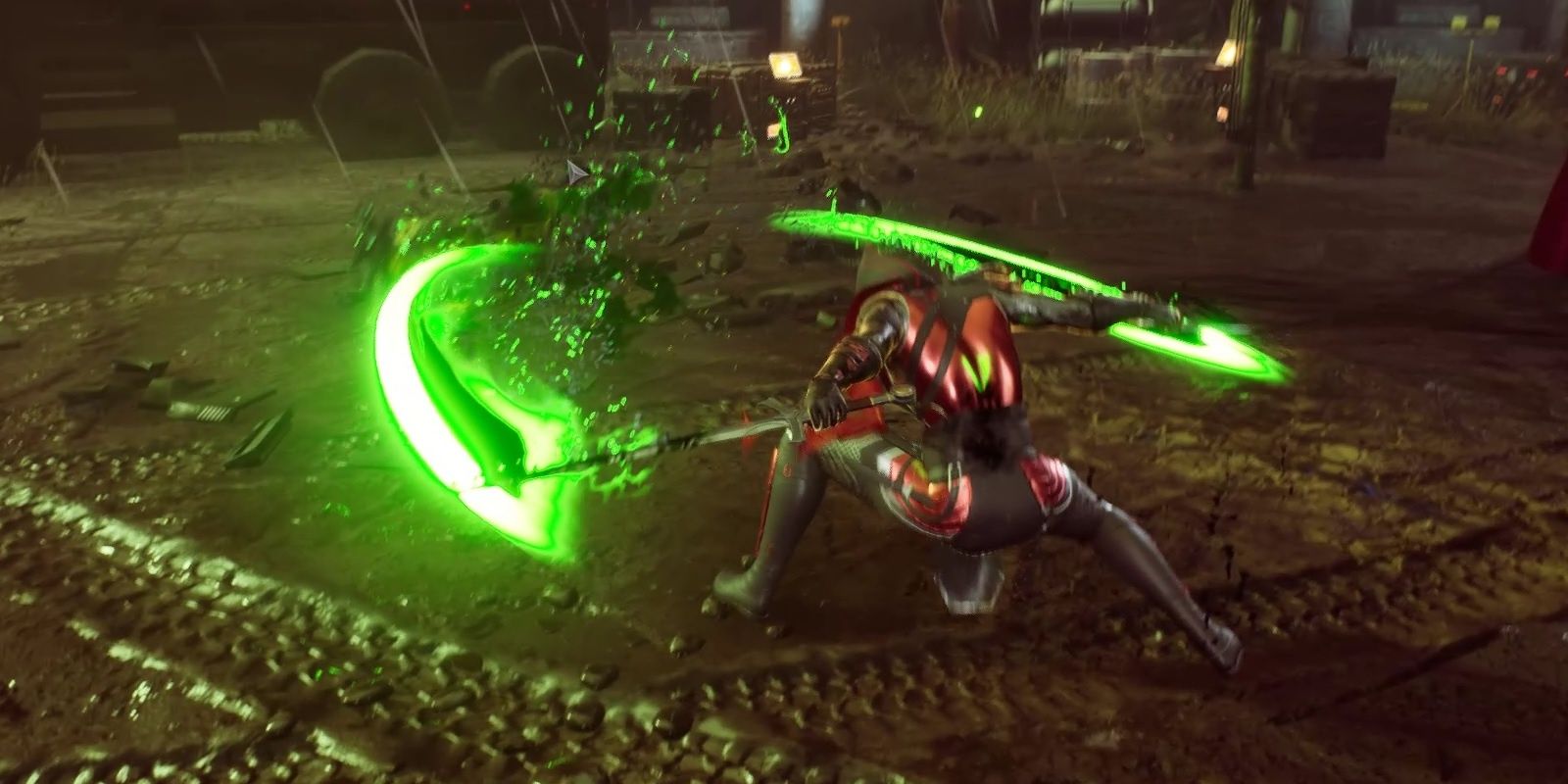 Probably one of the better attack cards of the game, since it not only does more straight damage than Hunter’s other attack options, but it also grants them Concealed if you can land a KO with it.

Concealed makes you untargetable by enemies, which is a powerful defensive tool since not only will enemies not attack you, but if they were targeting you before you vanished, they’ll skip their attack altogether. However, you’ll need to keep in mind that you can only keep the status effect if you don’t play a targeted ability after you get it.

You’re not completely safe either, you can still be hit by area attacks, which will also knock you out of Concealed, so watch where you end your turn and what explosives your allies are detonating. 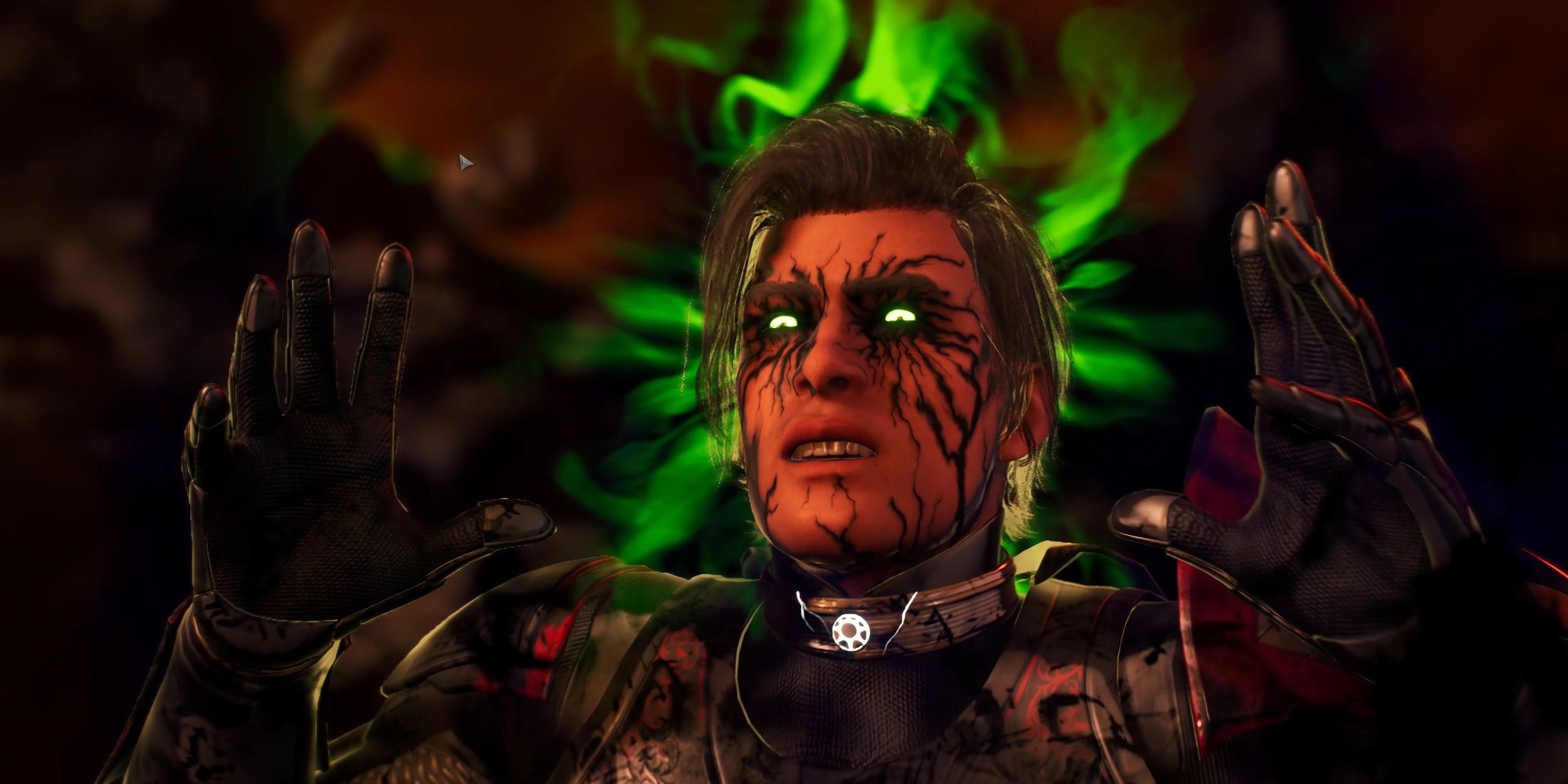 An expensive card that has some interesting and potentially spectacular use cases, but is really finicky to get to work right. Mindbreaker applies the Berserk status effect, which forces a unit to use its next action to attack two (three on upgrade) of the nearest units.

Positioning is key on how useful this card actually is, because if you’re close enough, you’re still on the menu. If you work things out just right, then you can get a lot of mileage from aiming at a strong enemy and watching them tear their team to shreds. You can also target enemies who are protecting other targets to get them to turn on their ward, and allow you an opening to pile on the pain for good measure.

Keep in mind that if you’re using this on Villain-class enemies (story characters, mostly), that it only takes up one of their actions and they’re still free to use their other one. 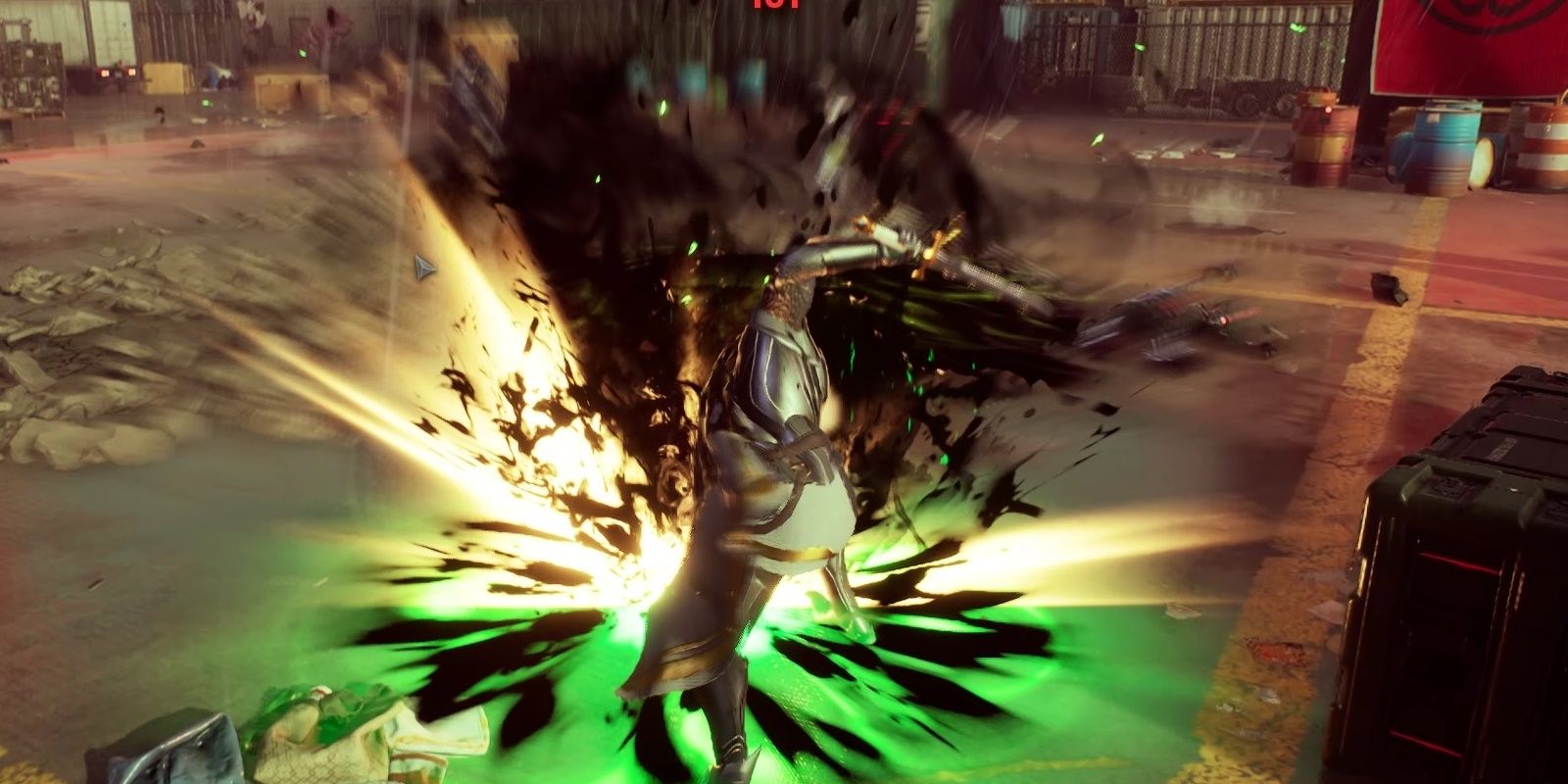 A full heal that works on The Hunter’s allies, at the cost of a portion of their own health. Unless your Hunter is getting absolutely wailed on or your target isn’t hurt enough to warrant a full heal, this exchange is almost always worth it, especially at the much cheaper cost the upgraded option offers.

Not only does this card heal, but it also Cures, which can be even more vital if your ally has a particularly nasty status effect or even more than just one. You don’t expect the dark side to have such good health care, but there you go. 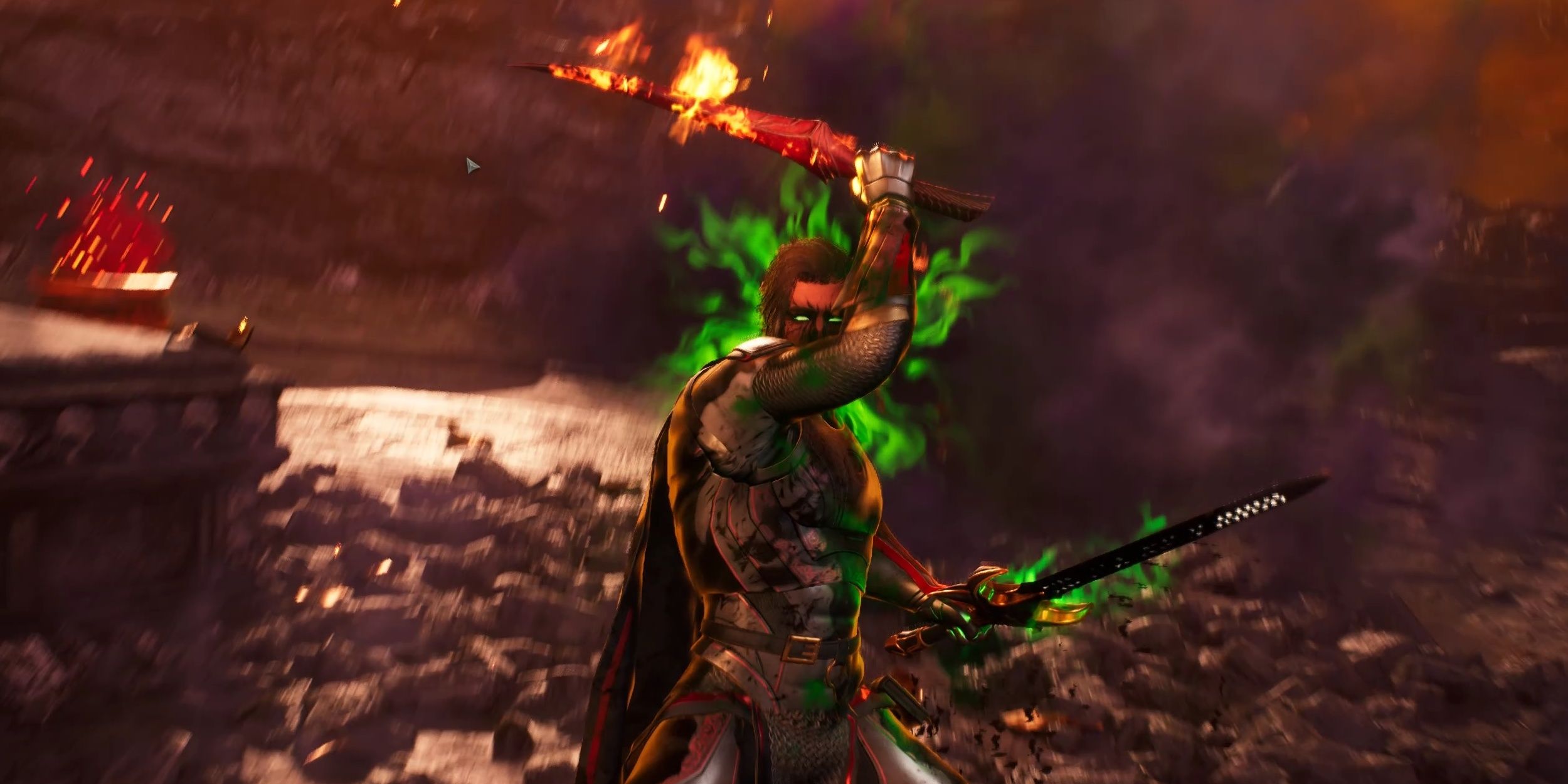 Mindbender is far easier to control than Mindbreaker, even though they do very similar things. Since Mindbender just straight-up makes an enemy attack their nearest ally, there’s no chance that any of the good guys get caught in the crossfire.

As such, you don’t have to worry about teammate positioning as much and you only have to make sure that whoever you target is close enough to someone you want to hit. Like Mindbreaker, you’ll want to use Mindbender against enemies protecting a target, such as Nest Mothers, since you’ll get them to turn on their wards in the process. Twice, even. 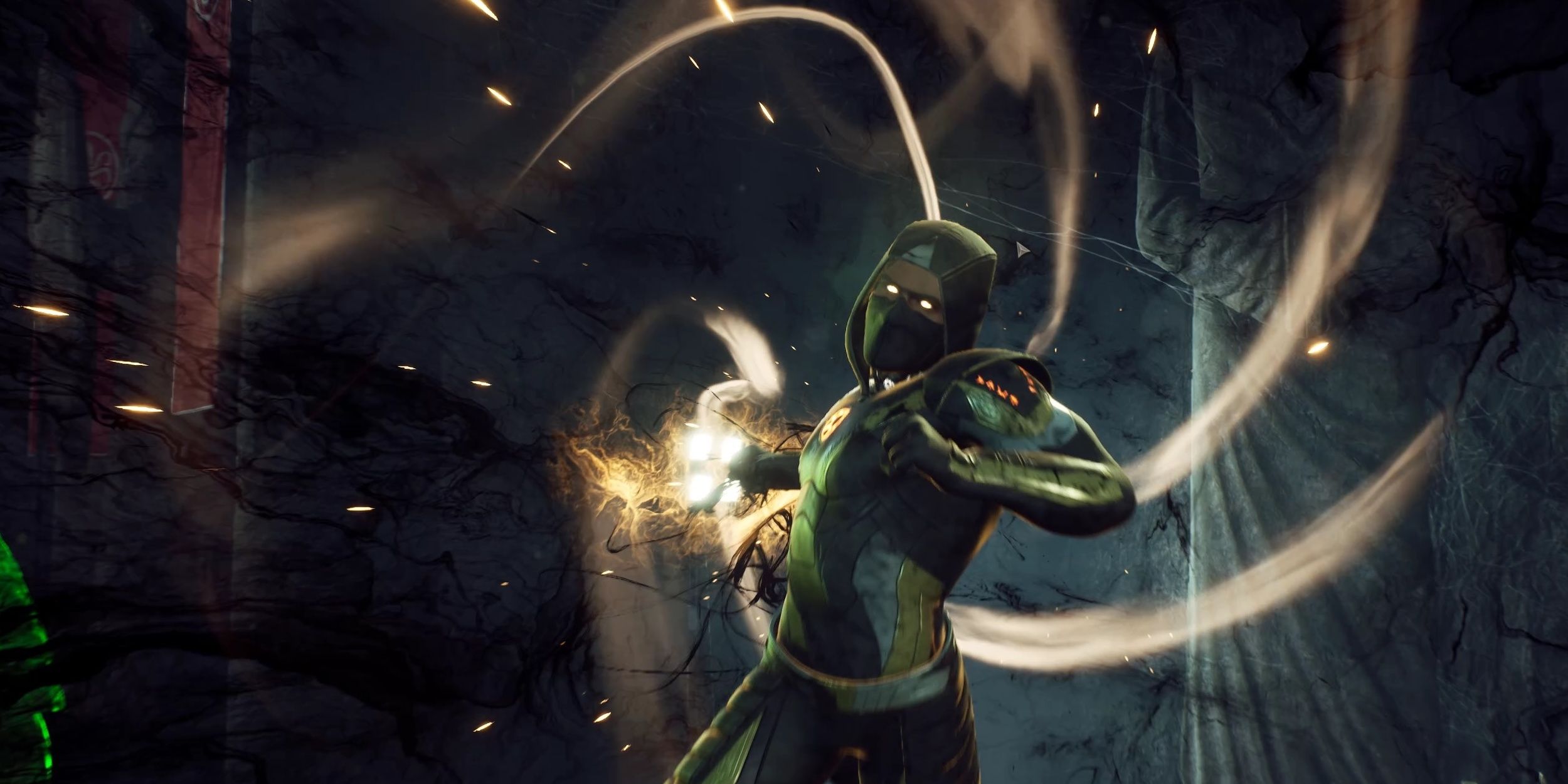 Annihilation is exactly as badass as it sounds. Similar to the Power card Bladestorm, this hits over a large area, but it trades the Forceful Knockback for raw damage, obliterating lesser enemies and heavily damaging heavies when used at full Heroism.

Since it Exhausts after deploying, you’ll have to pick your moment to hit with this, so don’t waste it on Minions, and definitely try to get a Villain or heavy enemy in the blast radius. Of course, if restraint and good planning aren’t your things, you could always equip the Ancestral passive.