As you explore the planets of Mass Effect Andromeda, you’ll come across locked technology left by the Remnant, a synthetic race native to the Andromeda galaxy. These locks take the form of puzzles, and they hide vital items to aid in the Andromeda Initiative’s mission.

The puzzles are in the form of a 4×4 or 5×5 grid of glyphs. Blue glyphs can be moved, while red glyphs are stuck in place. In order to complete the puzzle, you’ll need to move the blue glyphs so that none repeats in either a column or a row. There will also be blue lines separating the grids into sections, and symbols may not repeat within any of these either. It’s basically space sudoku.

You’ll also notice missing glyphs, denoted by a ? symbol. These glyphs can be found by scanning the surrounding area. If you submit an incorrect puzzle solution then you’ll be attacked by Remnant enemies. These puzzles are either required for progressing in the game, or they are optional and reward the player with rare loot and bonus skill points. Unlocking all 20 will give you the Cryptographer Achievement. Here are all the planets you will find the puzzles on, what you get from them, and, of course, the solutions to the puzzles.

There are five puzzles on Elaaden.

The first can be found during the Investigate Remnant Derelict mission and is required to progress the game. You’ll find it automatically during the course of the mission, but you’ll need to scan and find the yellow conduits to get the missing glyph. 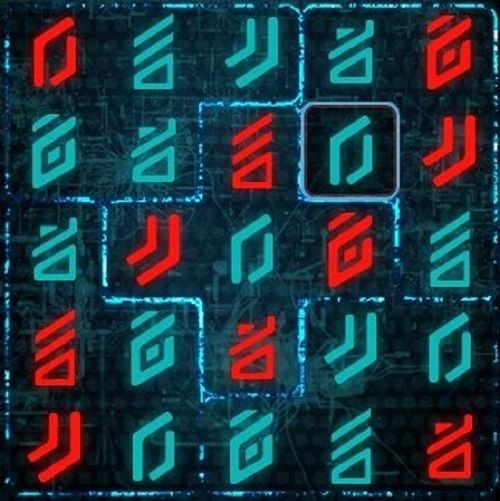 The second is also required for game progression, and can be found during the Taming a Desert mission. You’ll automatically find it on one of the columns that requires activating. 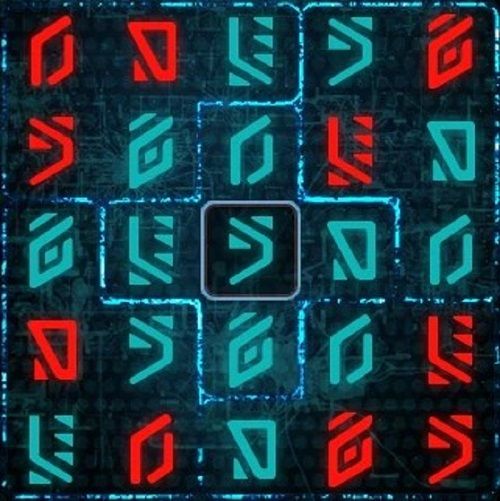 The third puzzle is an optional one, but will reward the player with two skill points if they complete it. It can be found in the same mission, Taming a Desert, in the vault. It’s on top of the column. 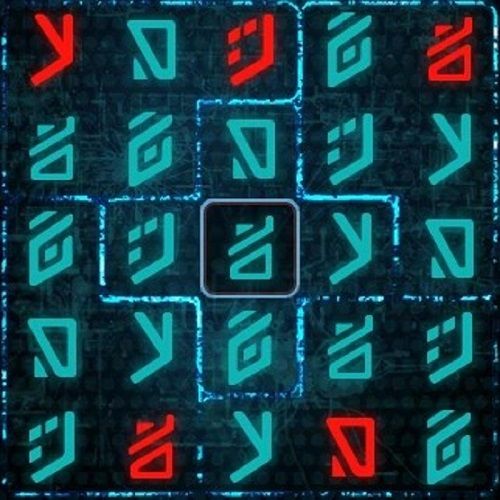 The fourth Elaaden puzzle is also optional, and contains valuable loot. You’ll find it while exploring the Remnant Facility in the Cache Flow task. You’ll pass it in a corridor after the Gravity Well room. 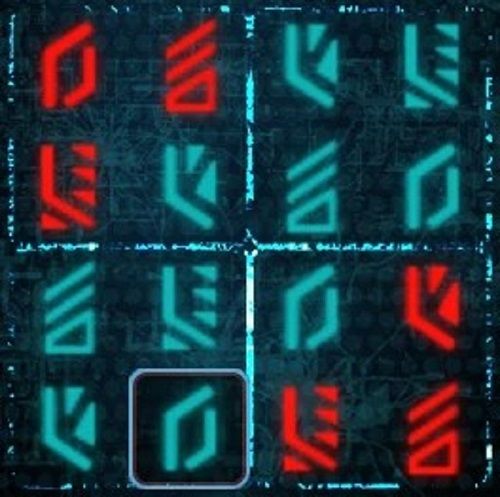 The fifth and final puzzle on this planet is again optional, and contains rare loot. It’s in an unmarked Vault in Paradise Sands. You’ll need to visit it as part of the Remnant Data Cores task. The container is in the eastern room, and requires two missing glyphs. These can be found in the same room, one by the door and one on the wall. 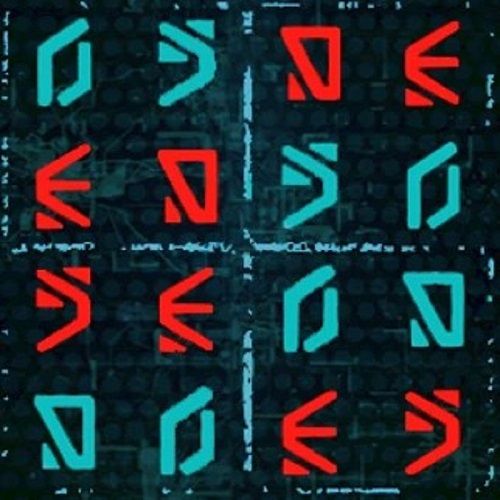 There are four puzzles on Eos.

The first can be found during the A Better Beginning mission and is required to progress. Your objective marker will point to this when activating the southwestern monolith. This puzzle is missing two glyphs, so you’ll have to use your scanner to follow the cables, which will lead you to two Remnant consoles. These consoles will lift pillars that can be used to access the glyphs. 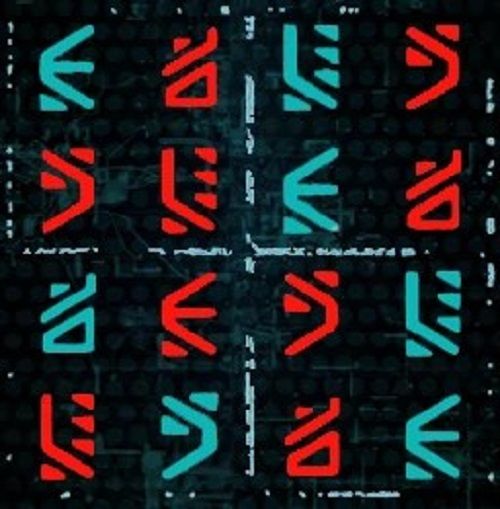 The second is in the same mission and is optional. It contains loot. You’ll find it in the room Ryder believes to be a library. There are another two glyphs missing, which can be found nearby. 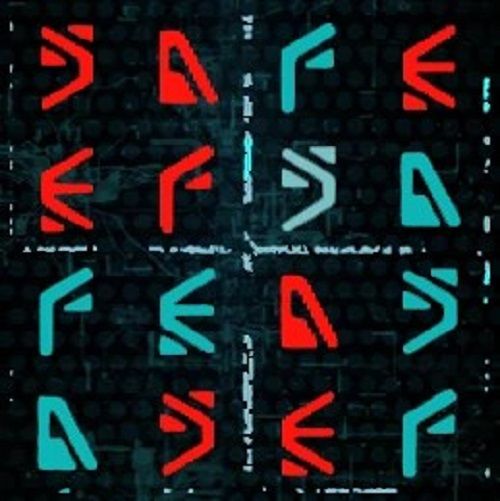 The third puzzle is also an optional loot container, and is found during the Data Trail task. It is in the Gravity Well room of the vault, and has four glyphs missing. They can be found: 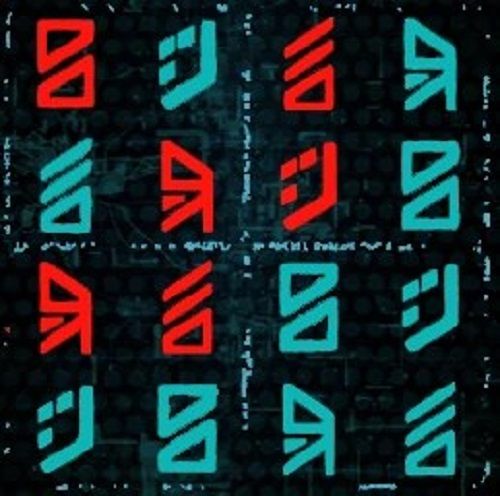 The fourth and final puzzle is found during The Ghost of Promise task, and is again optional and contains loot. After you find the final three datapads there will be a console that opens a small room containing the puzzle and a Destroyer. 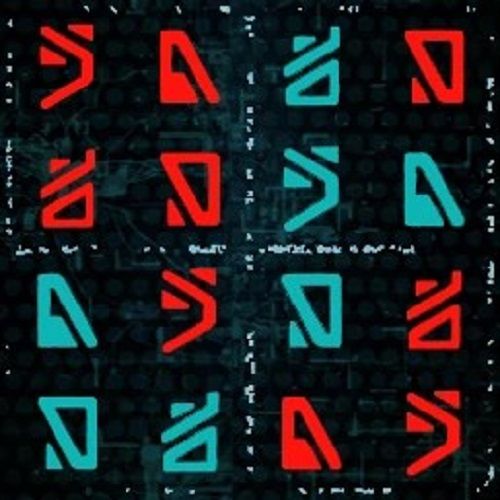 There is just a single puzzle on H-047c and it is required to progress the game. The puzzle is the last activity in the mission, but there are four glyphs to scan on the way to it. The first is in a room with two console alcoves, one with three floating blocks and one with four. The glyph is on the wall behind the three-block console. The second and third glyphs are in the same place, a small alcove that also has a hostile Observer and a regular loot container. The fourth glyph is in the final room with the puzzle. 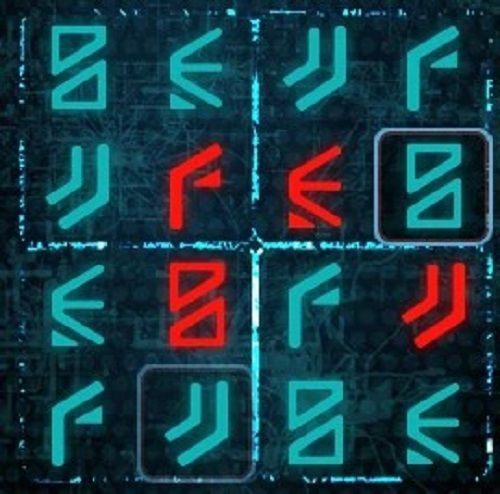 There are three puzzles on Havarl.

The first is an optional puzzle rewarding skills points, and can be found during the Dying Planet mission. It can be found behind the purification console (make sure you do the puzzle before activating the console). 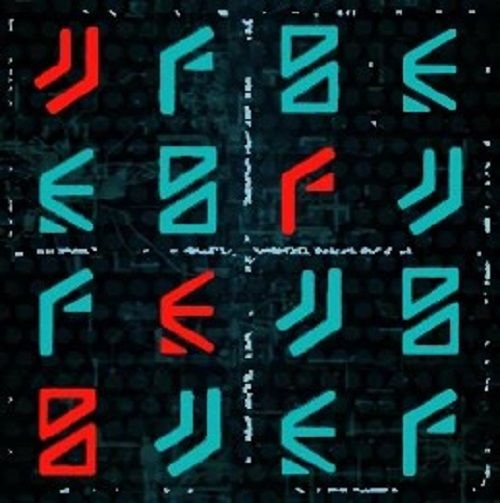 The second is another optional puzzle, and contains loot. You can find this while looking for the Fusion Mod of Adrenaline. You’ll need to complete A Dying Planet to get the location of a cave where you’ll find both the puzzle and the Mod. Make your way through the cave activating consoles and you will come across the puzzle. 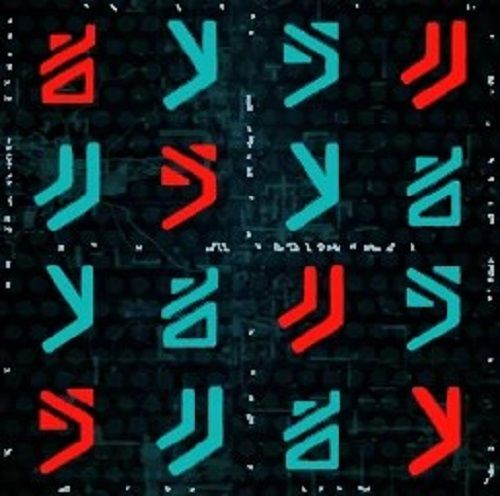 The third and final puzzle is required for completing the Helping Havarl’s Scientists mission. You’ll need to find two missing glyphs. They’re in the room with the frozen scientists, one on a pillar northwest of the console, and one to the right of the console on the side of a block. 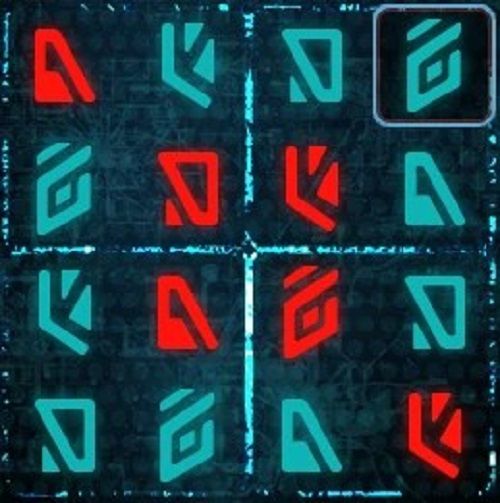 There are two puzzles in Kadara.

The first is a required puzzle and is found during the Healing Kadara’s Heart mission. It can be found early in the mission and is used to activate the eastern monolith. There are three missing glyphs, two of which are easily found, and one which requires climbing the rocks. 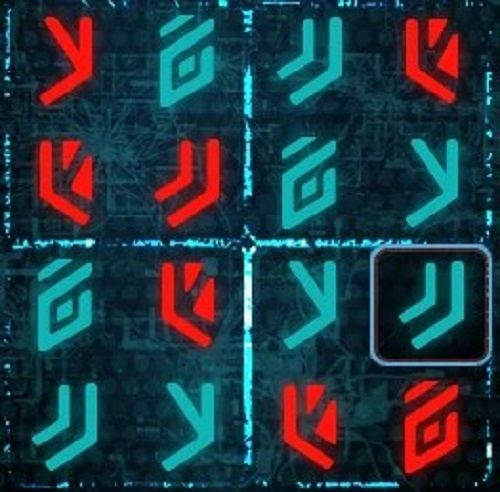 The second is found in the same mission but is optional. Solving it will reward the player with two skill points. It’s on the pillar in the western chamber. 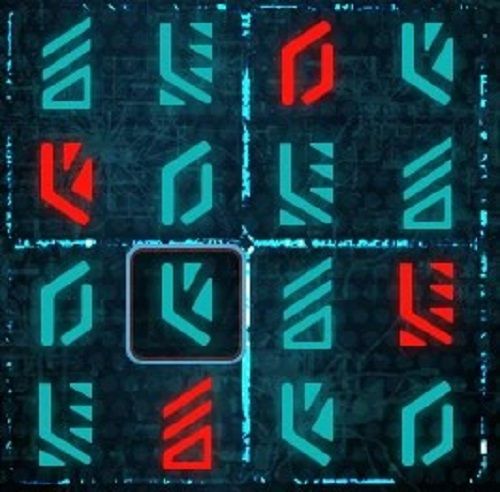 There is one puzzle on Khi Tasira, and it is required for game progression. It is found during the Journey to Meridian mission and you’ll come across it as you make your way through the area. 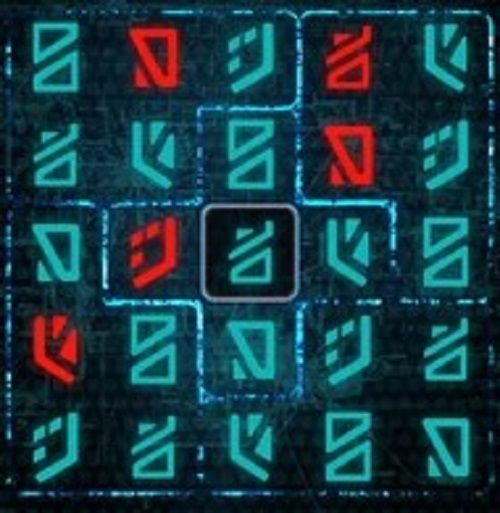 There are six puzzles on Voeld.

The first is found during Peebee’s Secret Project mission and is an optional puzzle for rare loot. The puzzle is in the first area, as is the single missing glyph which can be found on the floor. 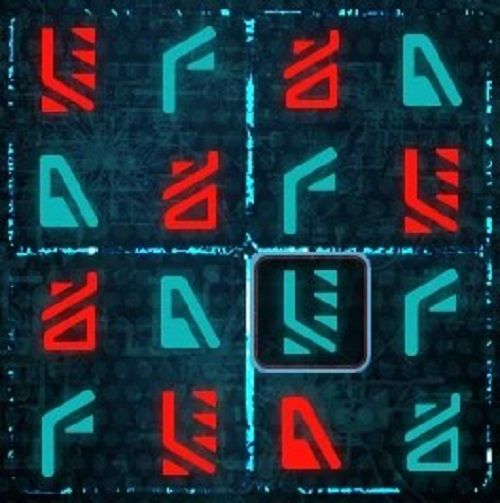 The next three puzzles are all required for progressing the Restoring a World mission. Each corresponds to a monolith that requires activation. They also each have three missing glyphs, which can be found by scanning and following the power lines from each console.

This is the solution for the northern monolith. 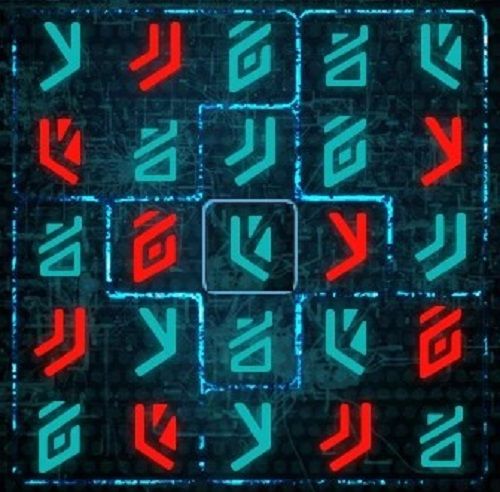 This is the solution for the southern monolith. 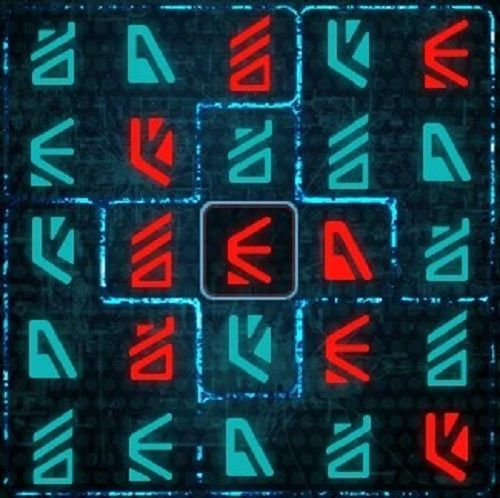 And finally the solution for the southwestern monolith. 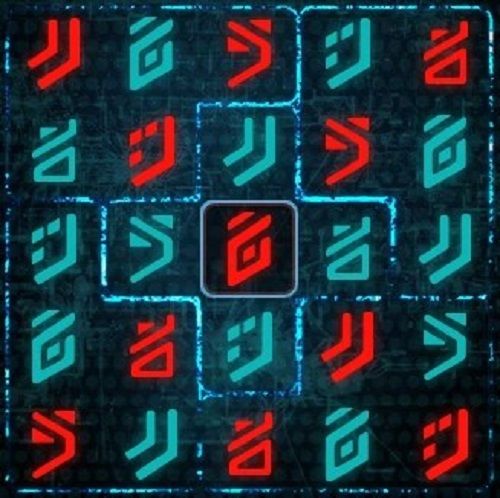 In the same mission there is a fourth puzzle, this time an optional one for skill points. You’ll find it in the vault. 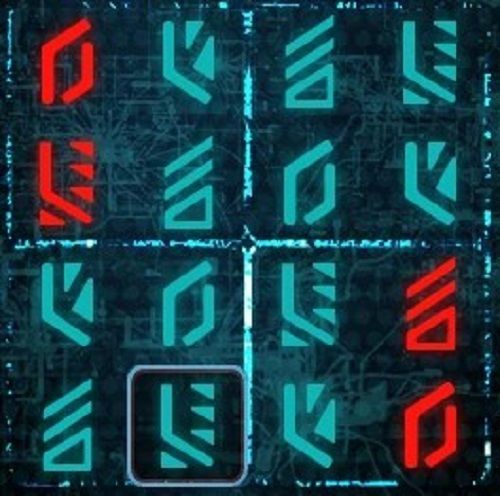 The sixth and final puzzle on Voeld is optional and rewards the player with loot. You can find it during the Subjugation task in the final room. Two missing glyphs can be found on the walls. 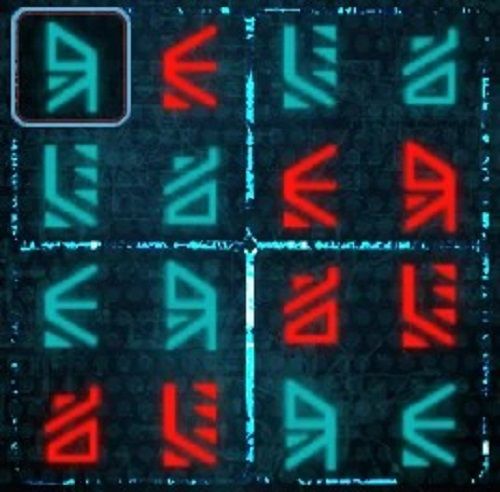 NEXT: 10 Crazy Things You Didn’t Know Happened Between Mass Effect 3 And Andromeda 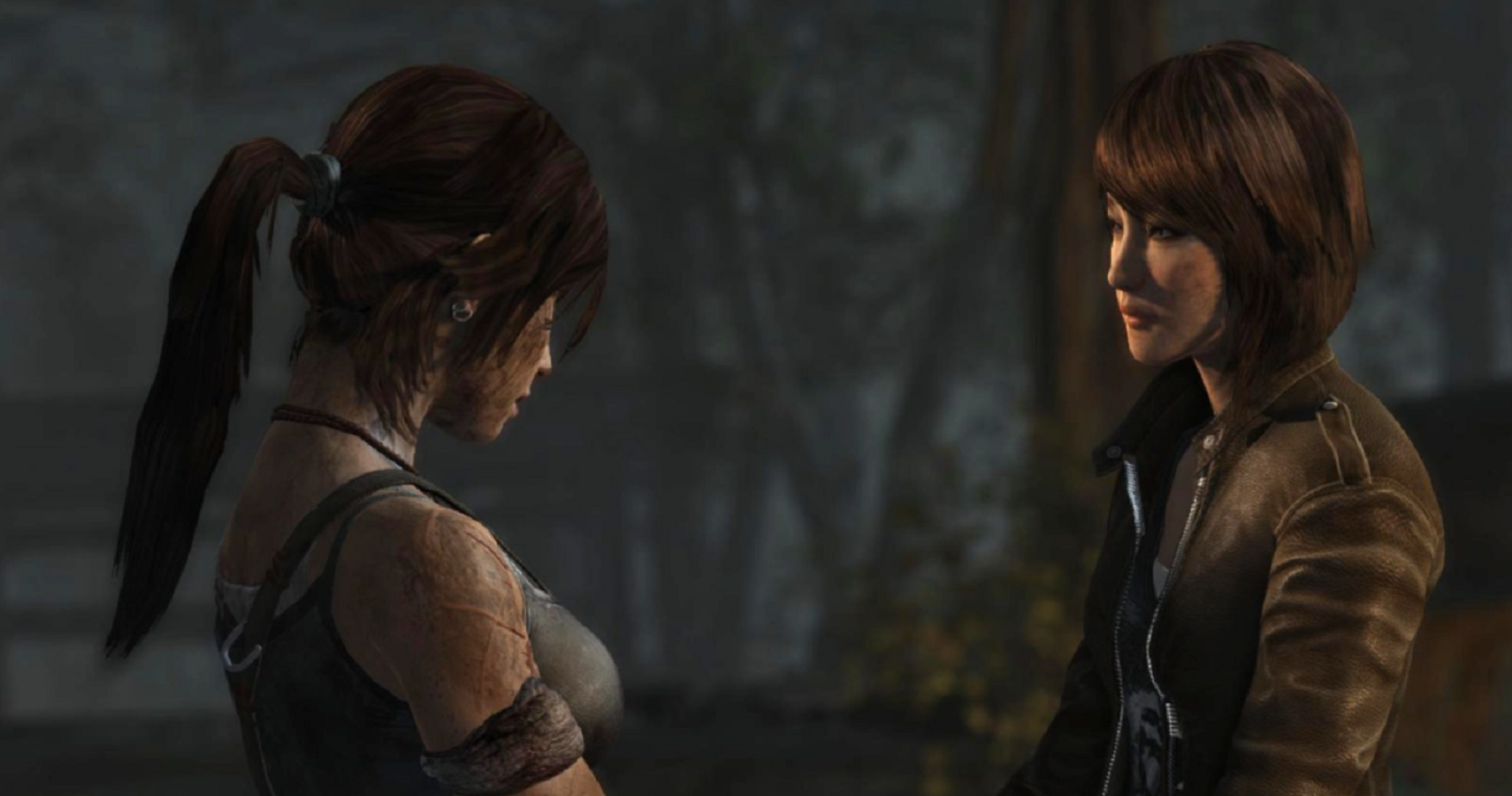 Dan Goad is a writer and gamer based in the UK, specialising in third-person action and RPG games. His favourite video game series are Dragon Age, Assassin’s Creed, and the Elder Scrolls. He also holds a PhD in Classics from the University of London, and frequently writes about the intersection between games and the classical world.