Monster Hunter Rise takes the hunting experience to the next level with its latest expansion, Sunbreak. When Lady Fiorayne asks for your help to aid the people of Elgado to overcome a calamity, your sense of duty compels you to travel overseas and face a new array of monsters to beat, and on the top of the chain are the monsters known as the Three Lords. 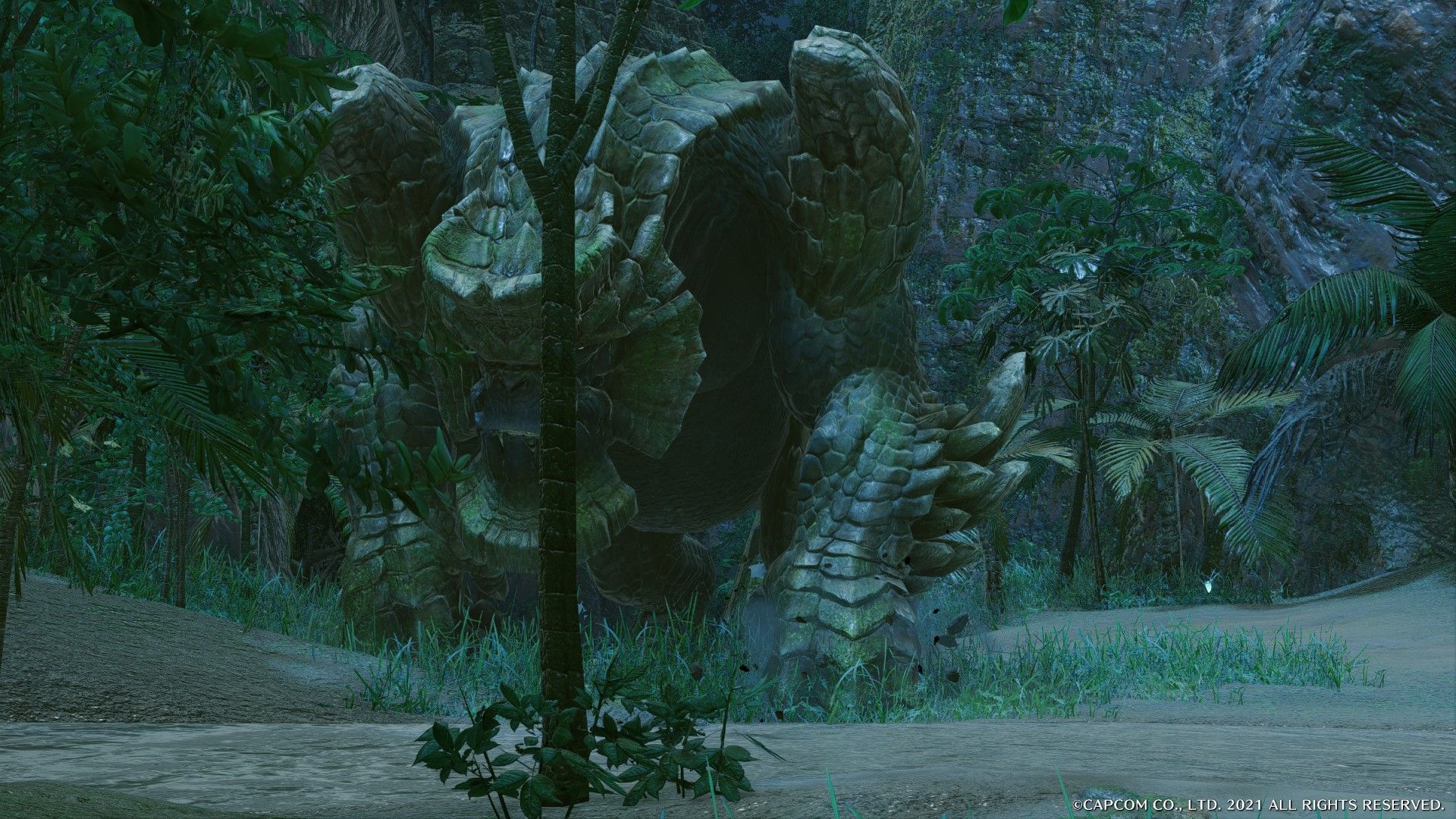 Garangolm's weakest parts, both the head and arms, are also its stronger offensive side, and while similar monsters, like Rajang, are weaker on the back and tail, in this case hitting that side won't do you any favors. As frightful as it looks, you must keep your attacks on the front and try to be careful of its movements. Thankfully he's also weak to bludgeoning attacks, so a Hammer will do the job without you worrying too much about being in the line of sight.

On the elemental side, he's particularly weak against Blast, Fire, and Thunder, so try to prioritize weapons that can proc those kinds of damage, but don't even bother with ailments like Poison or Paralysis, because that's where its resistances are. 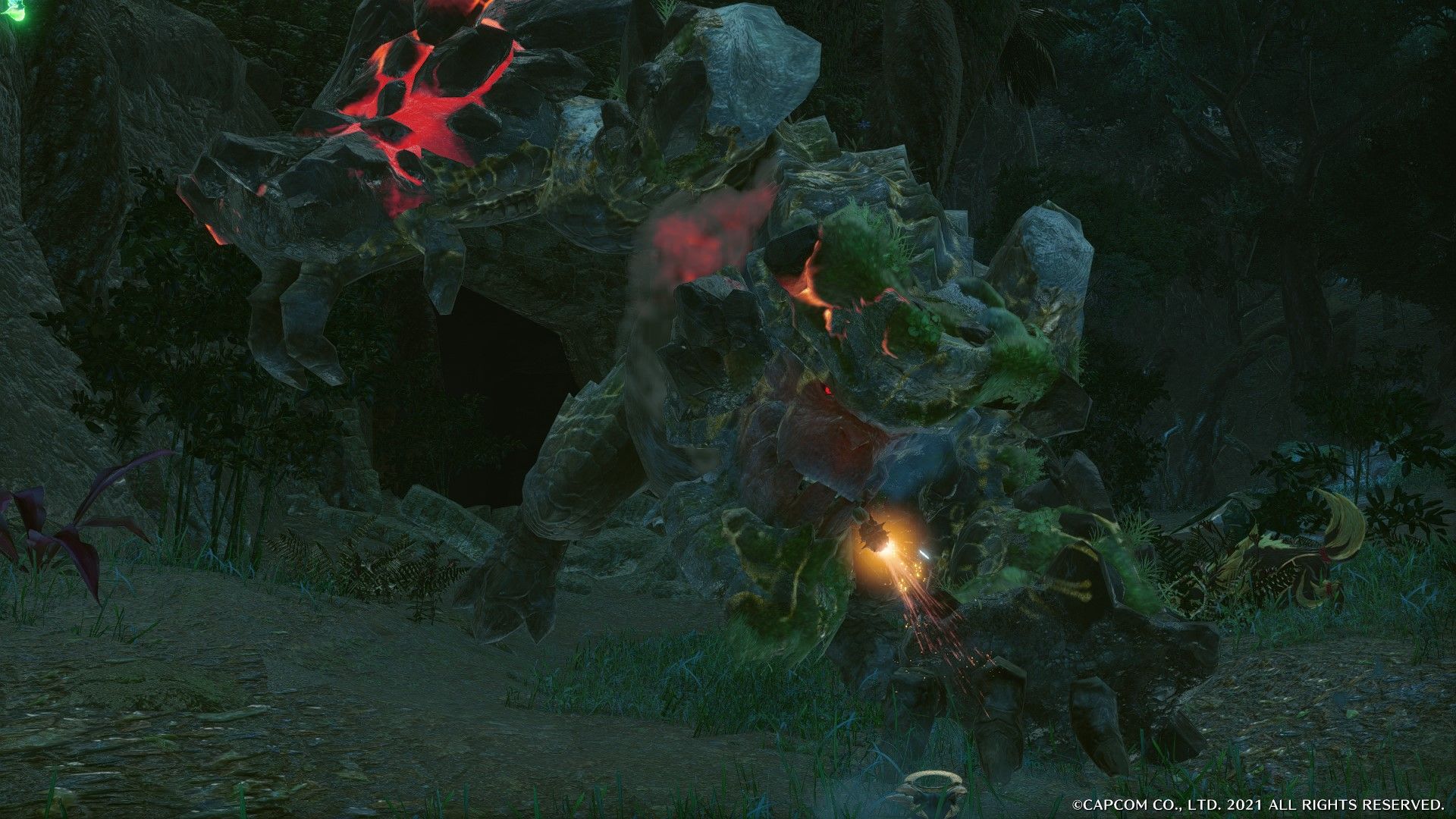 Given the weaknesses and resistances, you want to pay attention to bringing Hammers with Blast, Fire, or Thunder elements, or at the very least one with great Raw Damage or high Affinity. By the time you face this enemy for the first time in the game, some of the best options are the Higher Pronger Hammer from the Orange Blood Bishaten, the Break Revolver of the Fire Weapon Tree, or the Super Nova+ from the Thunder Weapon Tree. Later in the game, the best options would be any of the hammers of the Magma Almudron, Astalos, and Teostra weapon Trees.

On the armor side, since this monster hits like a truck you want a highly defensive armor, and let's not forget that it attacks with both Fire and Water attacks when he's enraged, so armor sets like the Basarios X (with great Defense), Pukei-Pukei X (good to resist Water damage), or Orangaten (excellent against Fire) will give you that needed extra padding. For late-game situations, both the Grand God's Peer and Bazelgeuse X armor sets have great Raw Defense and Elemental Resistance to both elements at the same time. 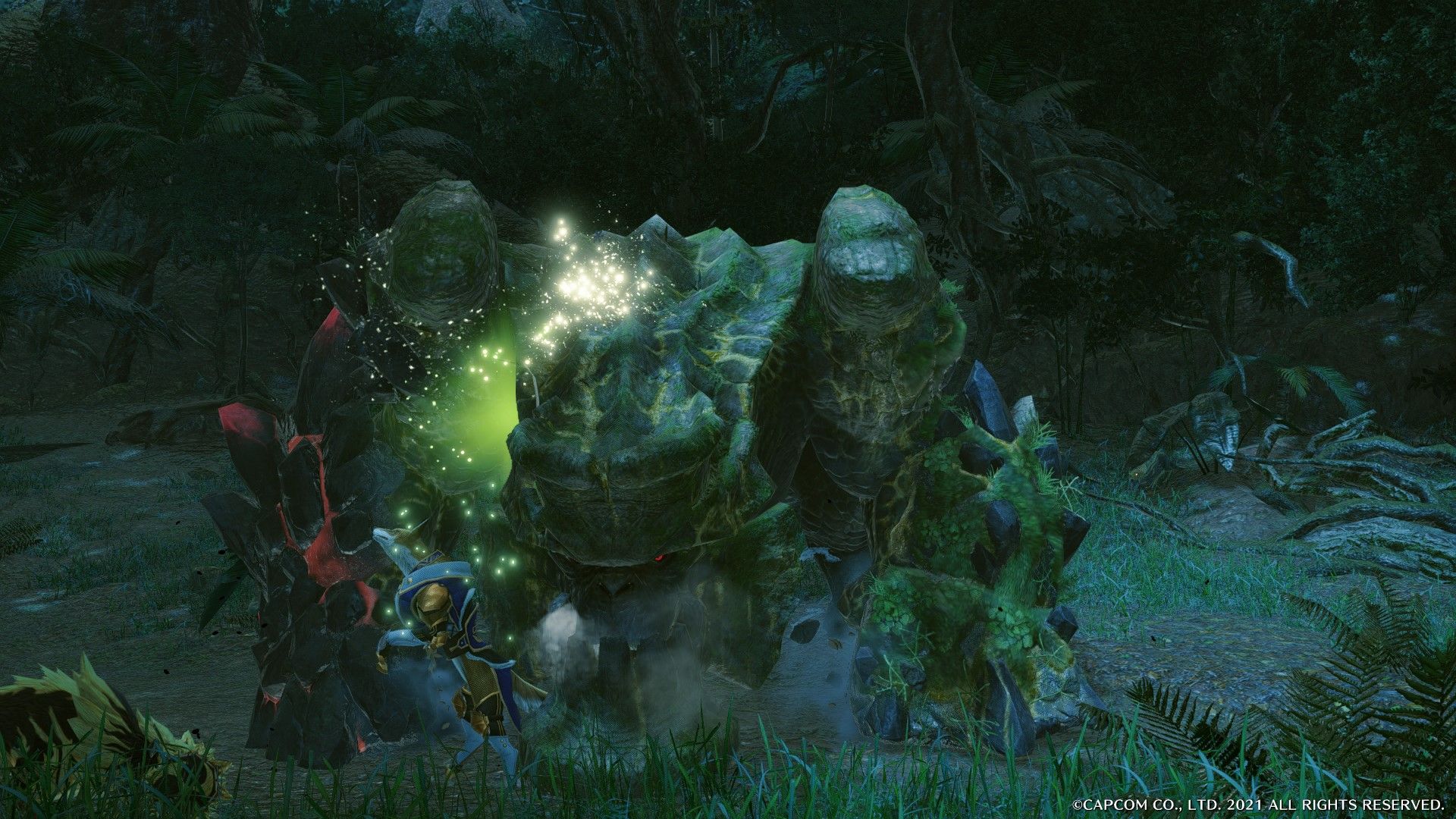 Garangolm's basic attacks will, of course, be focused on punching with its two massive fists. It will hurl rocks at you and try to tackle you, but its most dangerous moves involve combining the punching with jumping, making some diving punch attacks as it moves around the combat zone. If you're in mid-air you will be incredibly vulnerable against those moves, so be careful. As it gets enraged, the two fists will start inflicting Fire and Water Damage, and Garangolm will start propelling himself up in the air using its Fire fist. Do not be in the landing zone, or you will regret it.

Employing a Hammer to knock Garangolm out will prove most effective in battle, and you must keep your attention on hitting both arms and the head, trying to flank this monster won't help you since its rear is the hardest to break and you will just waste your time. Overall, you must be very aware of the dimensions of this monster at the moment of dodging and positioning yourself but also be mindful of its speed and mobility since Garangolm is surprisingly agile for a monster of its size.

Last, in the later stages of the battle Garangolm will pull a move where it throws you up in the air before slapping you with its bare hands, and you must use your wirebug to get out of that situation or you may end up fainting. 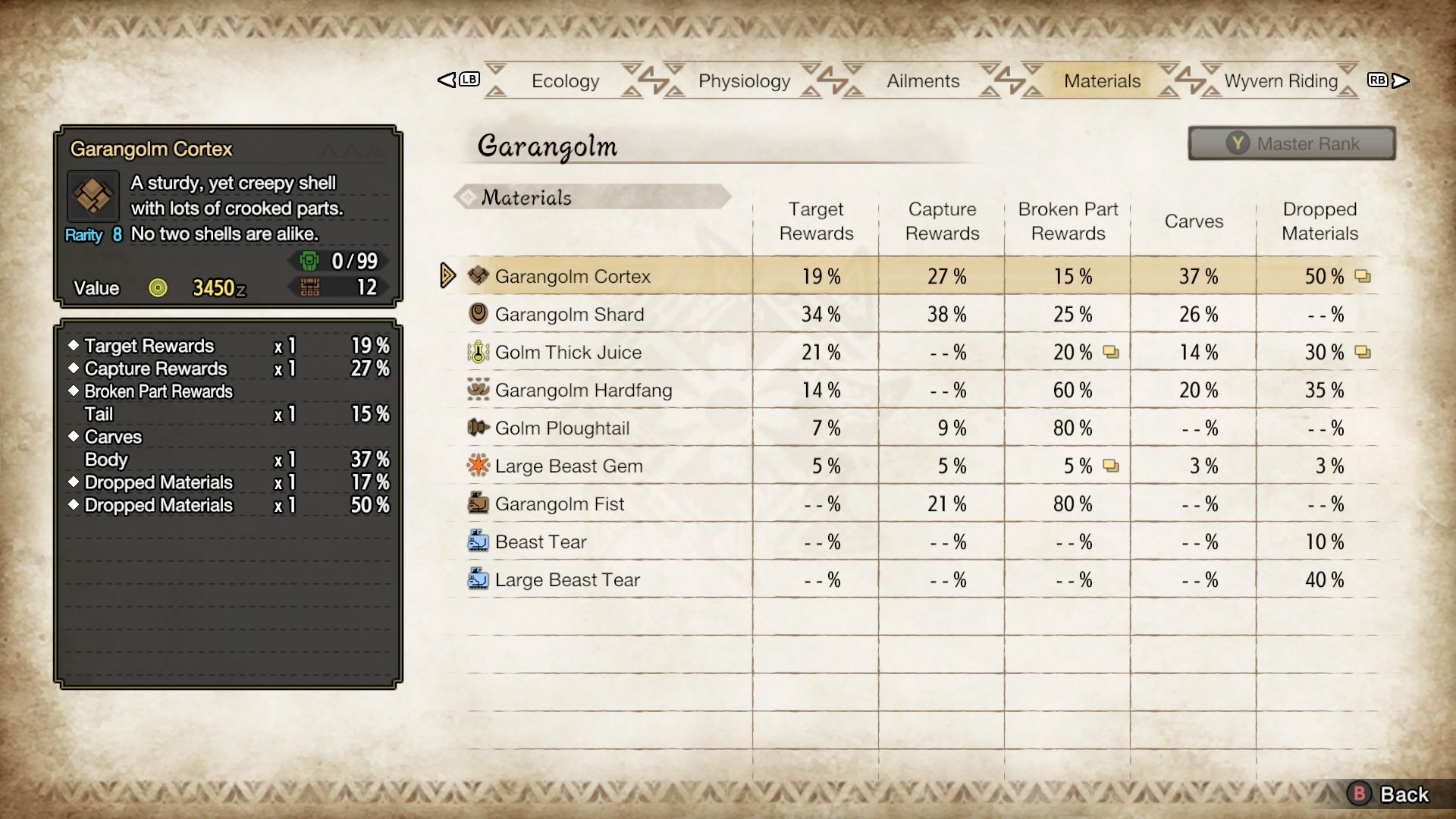 Garangolm will drop the following items after having its parts broken, being defeated in battle, or captured: