Whether a game becomes too difficult or in some cases too boring, there are a number of reasons why players would want to use cheats. From entering a code to unlock a new level, to using software to get ahead, there are a number of different ways people can cheat in video games. The act might not be as niche as you might think either. A recent study revealed more than half of people who play video games were okay admitting they've used cheats.

That's according to PLITCH, a creator and supplier of online software that allows its users to tailor their gaming experience in more than 3000 single-player games to their own needs. PLITCH asked recipients of its survey how many of them use shortcuts and lifehacks in their everyday lives, to which less than half of them replied yes. However, when it comes to video games, that number shot up to 57 percent.

37 percent of recipients admitted to only having used cheats in single-player games rather than to gain a competitive advantage in a multiplayer scenario while playing online. So to grant them infinite ammo in GTA, or to become Super Sonic without collecting all of the Chaos Emeralds in Sonic 2. However, even though cheating in a single-player game doesn't negatively affect anyone else, most were still ashamed to admit they had cheated in games outside of this survey. 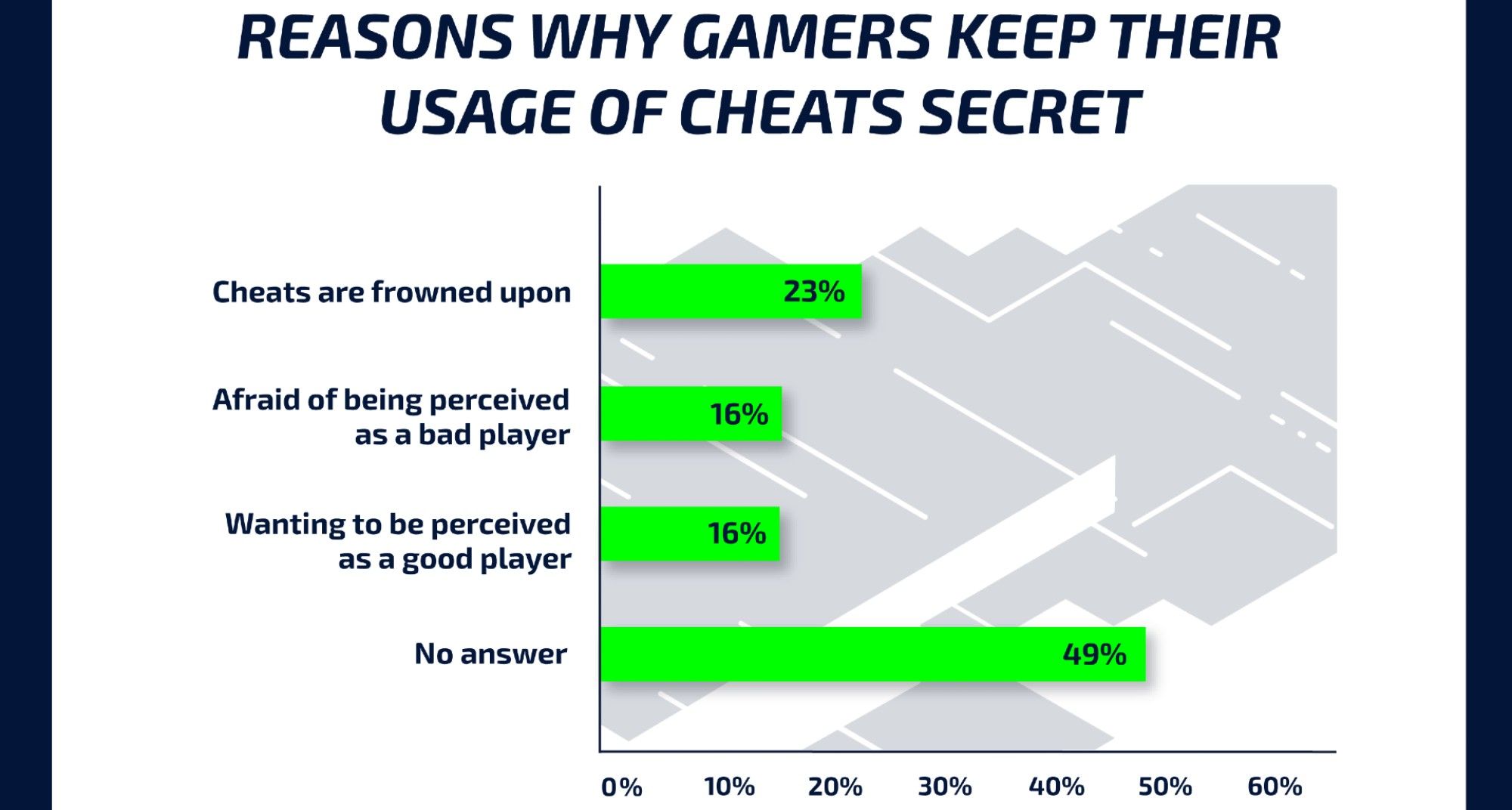 Those who admitted to cheating in the survey who were ashamed of doing so were asked why. 23 percent answered that it's because cheats are frowned upon, which in fairness is only partially true. Yes, cheating in games like Fortnite where you gain an unfair advantage over others is definitely frowned upon. Hitting a certain combination of buttons so that a tank falls from the sky in Vice City, that's just fun.

A separate study conducted using city-building sim Anno 1800 found players were actually happier when using cheats. Yes, playing The Sims and having your virtual family earn everything they have is rewarding, but using the rosebud cheat so they can have whatever their heart desires is so much more fun.