Tarsus the Martyr is a ruthless and chilling boss in Mortal Shell that will leave you frozen with fear. With this boss guide on your side, you can even the odds and skate to an easy victory.

After navigating the obligatory snow level that is the Crypt of Martyrs in Mortal Shell, you should be expecting the boss to also be snow or ice related. While that is true, Tarsus doesn’t act in the ways you might expect a typical snow level’s boss to act. As with the other bosses in Mortal Shell, you’re going to have to make it through two phases, plus the final gland run back to Fallgrim at the end, which might be the toughest one in the game.

Before taking a sip of the chalice in the Alter, take a look around the left side of the area for a slightly obscured tunnel. Head in here first to pick up a free Glimpse of Truth and Effigy of Eredrim before you lock yourself into the boss fight.

How To Beat Tarsus In Mortal Shell 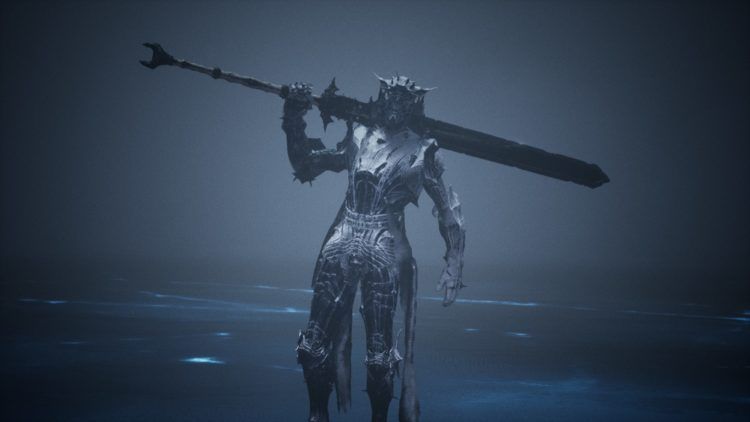 Tarsus isn’t messing around in this fight. Don’t expect him to give you a moment to prepare yourself, because right off the bat he turns invisible and starts dashing around the area. Stay calm and wait for the audio cue of whispering voices to know he’s rushing in for an attack and dodge. He’s way too fast and hard to see to go by sight, so sound is your best bet to avoid this move. You may feel like you have plenty of space in this arena to keep your distance and get out of range, but there is an edge and getting too close will start to tick down your health – so keep away at all costs.

If you see him toss his sword on the ice, get ready for him to dash to its location and make a wide swing at you. If you can get a feel for the timing on this, dodging it is safe enough, but don’t go for a counter attack on that move. There are two openings you want to look for to get your damage in safely. First is when Tarsus does one of his regular attack strings where he will do two big attacks at you. There’s just enough time to get one, maybe two, hits while he’s recovering before you need to back off. 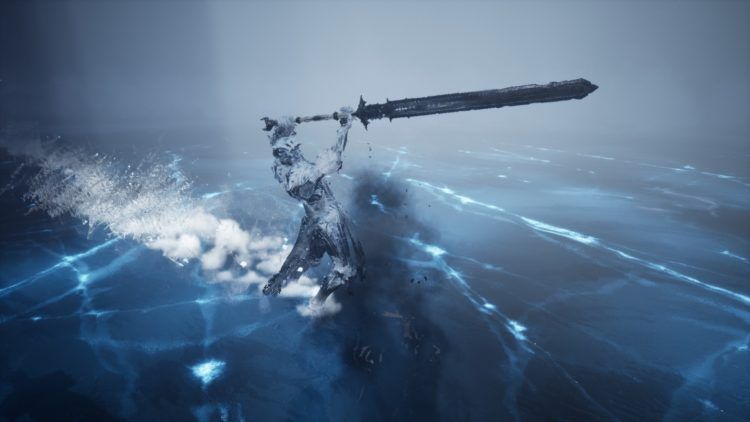 Your other chance, and Tarsus’ last ability in this phase, is when he begins to cast his ice spell. He’s completely open to attack while preparing the spell, so get in there and hit him with everything you’ve got.

After his first health bar is drained, Tarsus considerably ramps up his mobility. He can spend a nice bit of time sliding around you, almost taunting you to try and attack him, but will dodge any swing you take so it’s best to save your stamina. Wait for him to do his thrusting combo like in phase one to get some hits in. 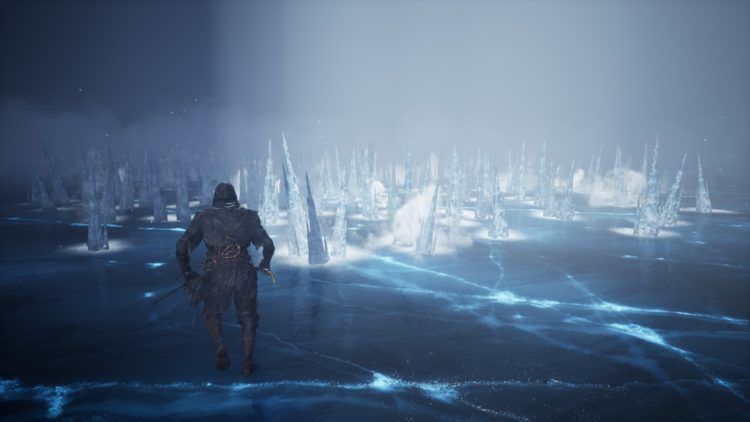 The new skill Tarsus whips out for this phase is a very dangerous spell that shoots spikes of ice out of the ground all around him, but also freeze you in place to take more hits when he shatters all the spikes. It might seem like another great moment to lay into him while he’s casting, like in phase one with his blizzard type spell, but it’s way too dangerous this time around. When you see him prepping for it, back off as fast as you can.

For as fast of a boss Tarsus is, the fight is all about patience and knowing when to take your shots. Don’t let him overwhelm you with his speed, watch out for his AOE spell, and chip away at him until he breaks.

In addition to the gland, Tarsus will drop a Glimpse of Insignificance to crack open for a nice payout of Glimpses. Hang on to that and get ready for a long run back to Fallgrim. You probably noticed getting to the boss how far it was from the entrance, and with Gollum enemies waiting to ambush you on the way out, it will be a tough run but nothing compared to what you just accomplished.