Ever since you could take damage in video games, you could die in one hit. It's impossible to say what the first one hit kill in games was but 1978's Space Invaders and 1975's Gun Fights are both good bets for games where an enemy could end your life in one hit. Nowadays, we see less one hit K.O.s mainly thanks to the industry being less reliant on munching your quarters as quickly as possible.

However, plenty of games keep the tradition alive, and as a result, gamers of every generation have at some point or another found themselves muttering curses under their breath. While you might get frustrated there is no doubt that these one-hit kills are used to great effect to be shocking, brutal, or sometimes just funny. 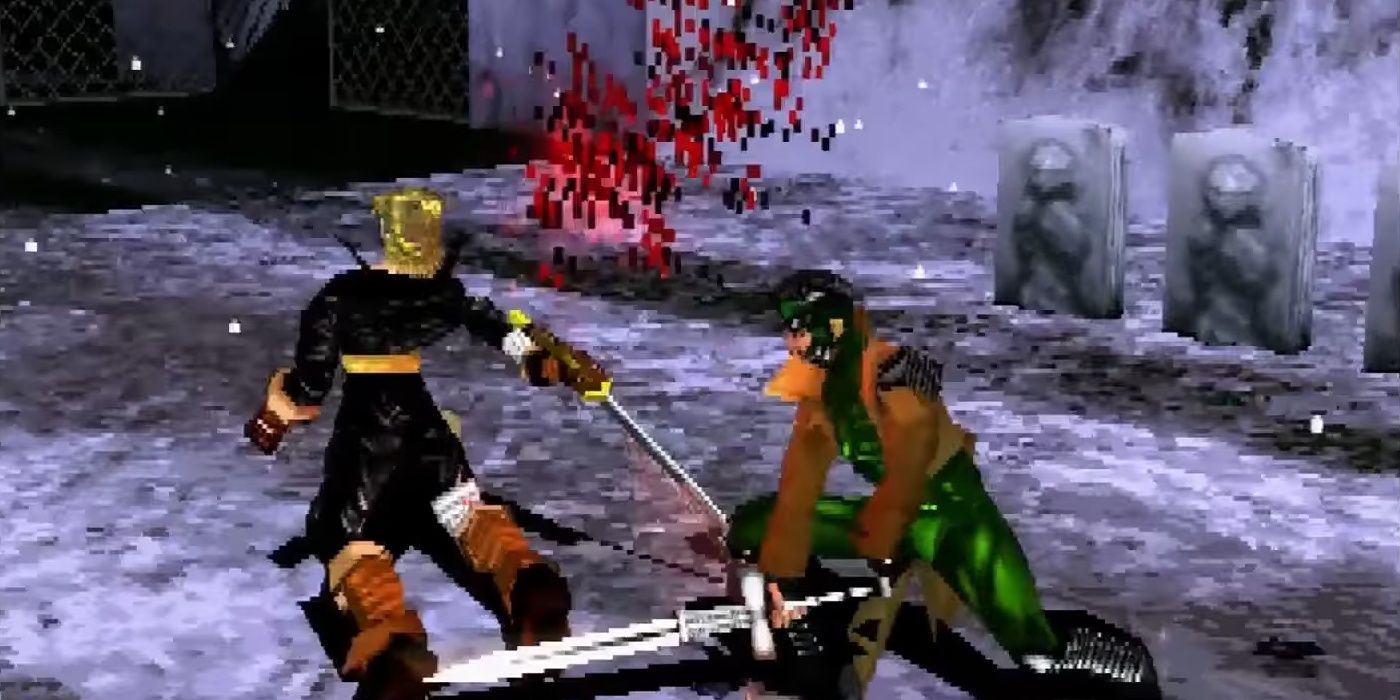 We should talk about Bushido Blade more. It's not amazing but this early PS1 game that was so much more than a tech demo for the system's impressive 3D graphics. It's a fighting game starring samurai that prides itself on its realism, as a result most hits will kill you in a single swift strike.

Yes, you can survive a glancing blow or a strike to an arm or leg, but it'll still cripple your ability to move realistically. The best part of Bushido Blade though is that since it's a multiplayer game, fights can end in a tie, where both players land killer blows on each other. What in real life would be called a tragedy in this game will instantly want you to ask for a rematch. 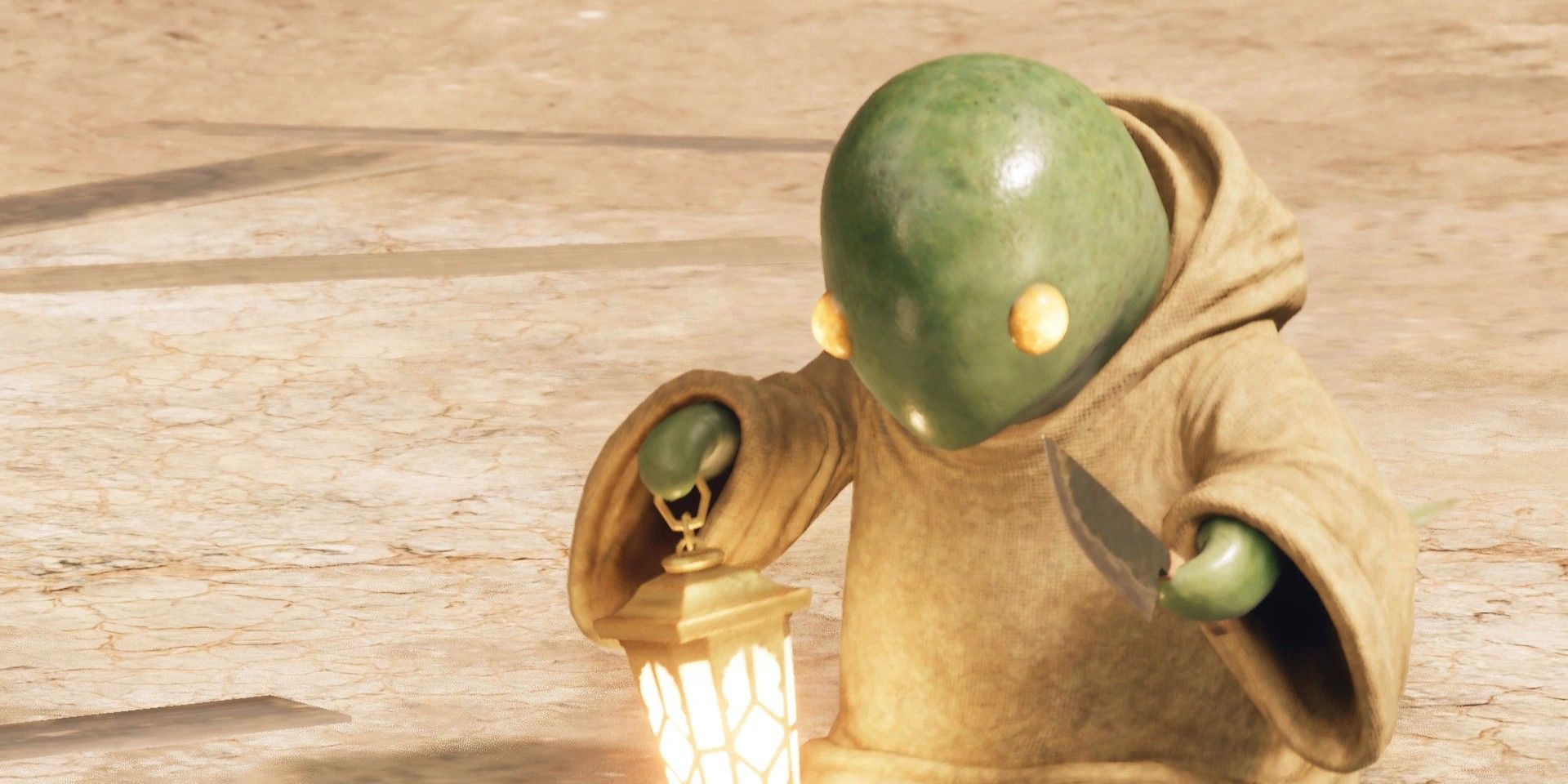 I won't proclaim to be a Final Fantasy expert, and because of that, for years, I just though Tonberries were cute little guys with knives the community liked to joke about being murderous monsters. Oh, little did I realise the pain they can inflict. The only reason they are not further up this list is because in some games they simply do a lot of damage or bypass defensive stats, but for most of the series Tonberries are capable of downing any party member in a single strike.

I suppose it's a good lesson to never judge a stout little lizard dude by his appearance. Most of all though, Tonberries are just very cute, I doubt they'd really hurt me, right? 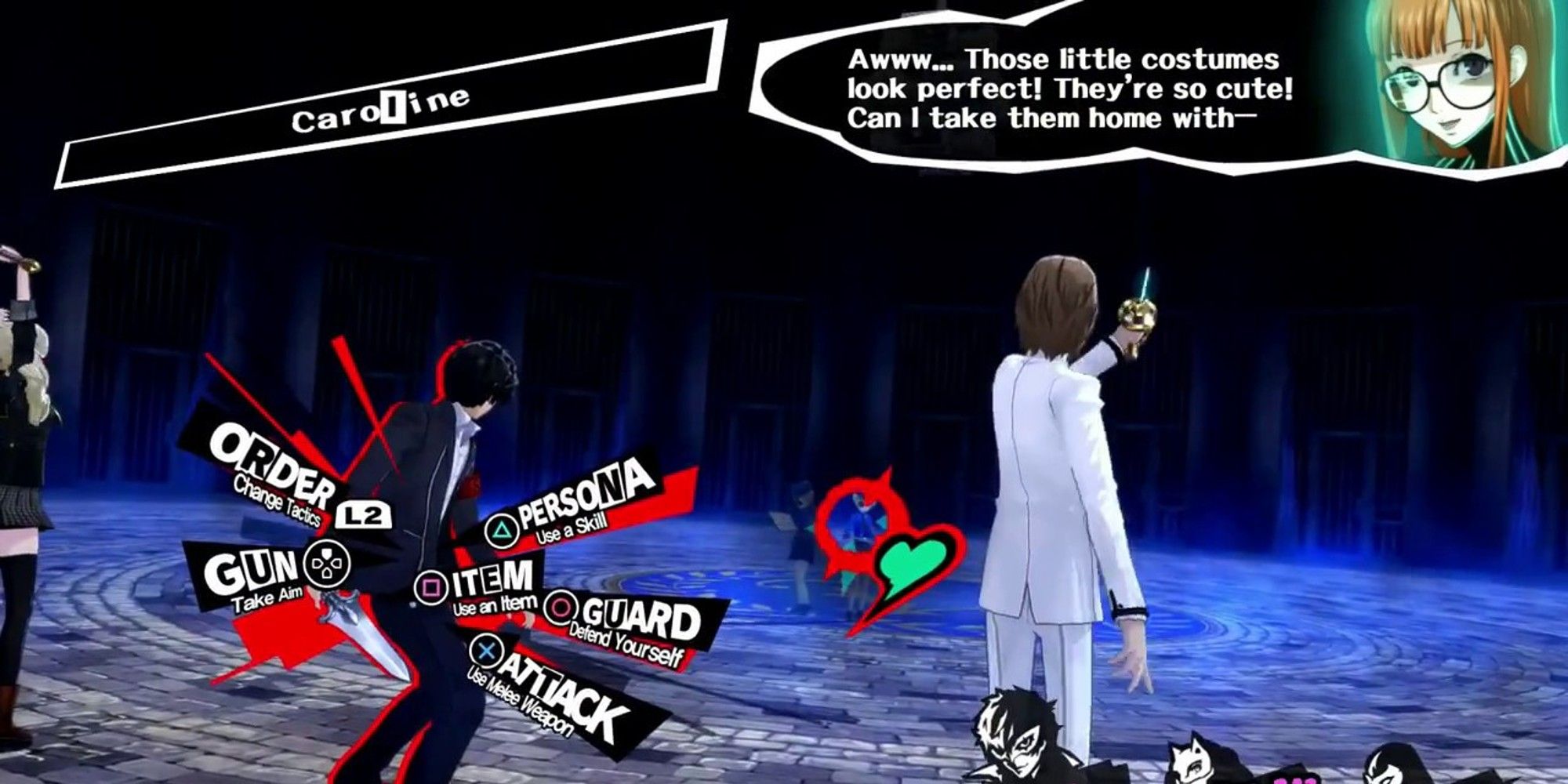 There are few genres where one-hit kills feel more frustrating than in JPRGs, mainly because dodging an attack in these games is usually based on luck and not active player input. Persona 5, however, does good job at balancing a single killer blow from one of its endgame optional bosses.

Caroline and Justine are the two prison guards that guide you throughout your journey and should you wish, you can challenge them to a duel. This is one of the hardest fights in the game, made all the more difficult by being made up of several phases. The catch, if you don't get the duo down to low enough health during each phase they'll grow bored, knock your entire party down and deliver a devastating all-out-attack. While this is a one-hit kill it at least feels avoidable and like you are in control of escaping it, making the fight a nail-biting endeavor. 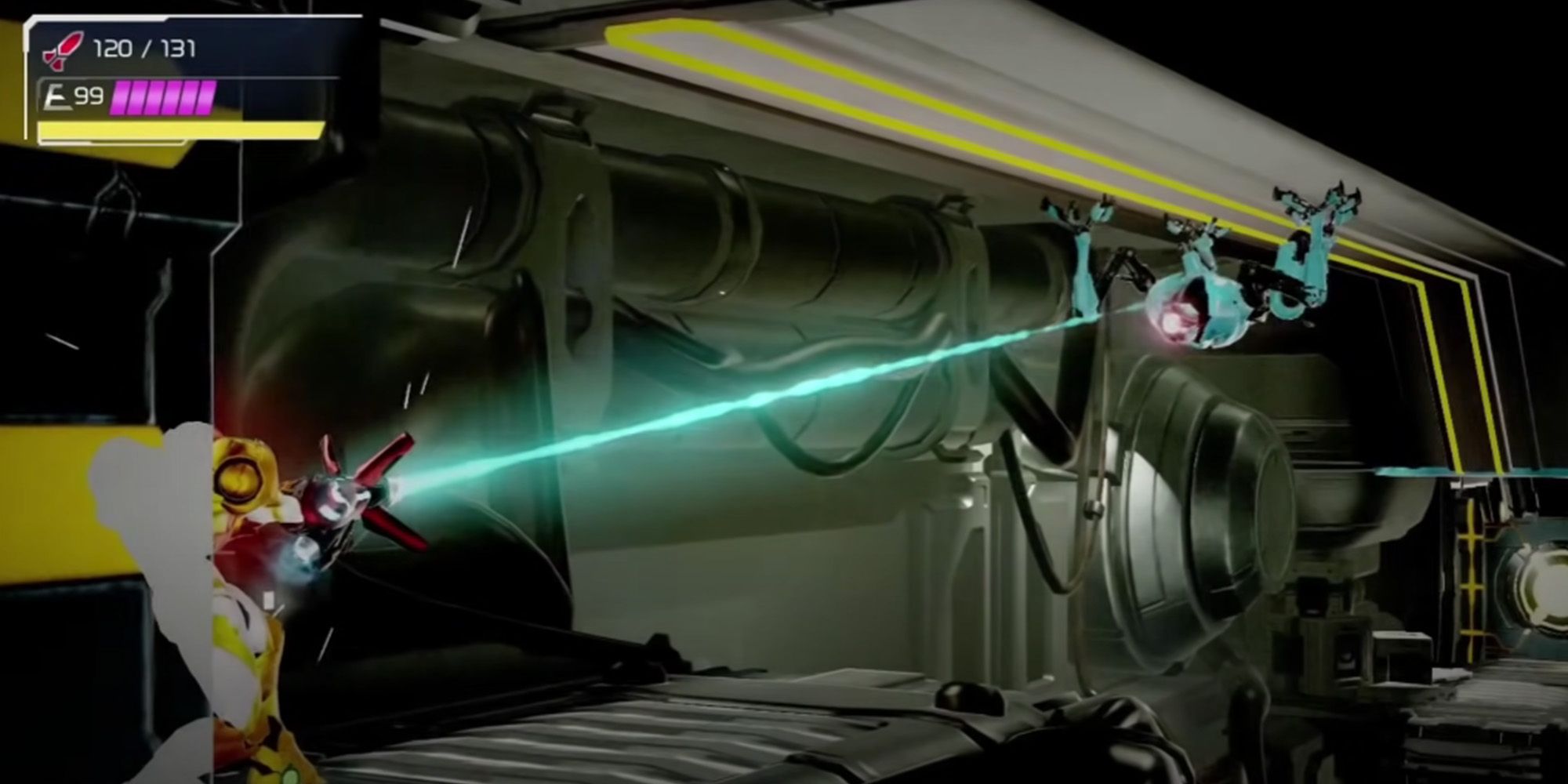 The Extraplanetary Multiform Mobile Identifiers, or E.M.M.I.s that stalk Samus throughout Metroid Dread are deadly androids. No matter how much you upgrade the space bounty hunter these all-terrain robots can kill you in one hit. Luckily, Samus has the ability to kick out of the attack if they grab her. However, the timing window is only a fraction of a second, and changes slightly each time, so you really can't rely on it.

These robots may just be doing what their programming tells them to, but it's hard not to take it personally when they stick a needle through your helmet for the twelfth time as you just try to make your way across the map. Thankfully, though Samus does get her revenge on these seven nuances as the game goes on. 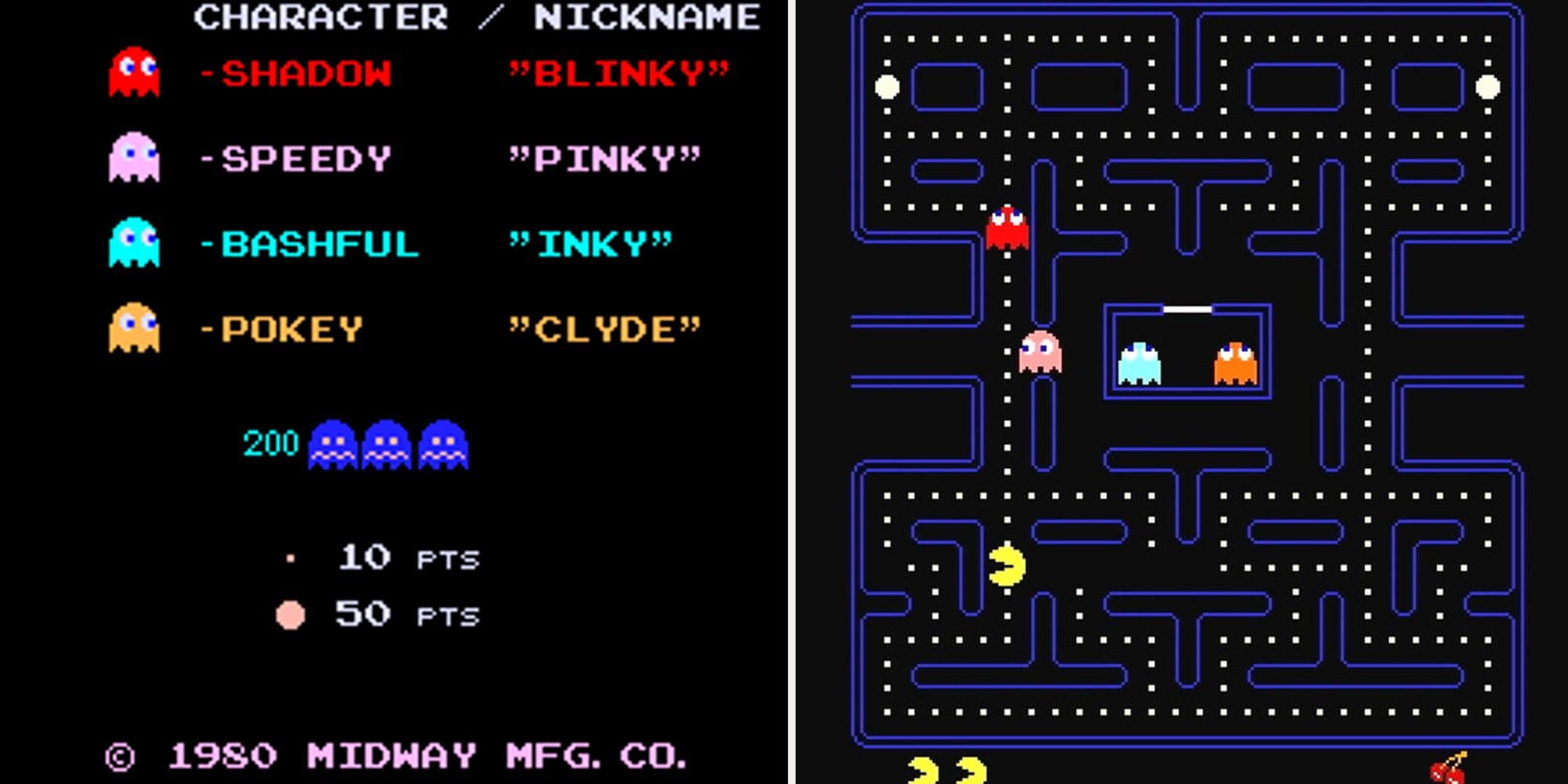 Like I said, it's hard to pinpoint the first game with a one-hit kill, so Pac-Man's Ghosts are here to represent all the arcade games that took great joy in killing us over, and over, and over, in their unending quest to get us to feed them more quarters. Few video game enemies are as iconic as Inky, Blinky, Pinky, and Clyde, and I have no idea what they do when they catch everyone's favourite yellow circle with a mouth, but it certainly does kill him.

The only solace we can take is that there are at least two more Pac-Men ready and waiting for when we do get cornered. Also, if you are skilled enough, and you know each ghosts personality/AI routine, you can evade these guys forever. Best of all, eat a cherry and how the tables will turn! Although, I doubt there is much nutritional value in non-corporeal beings. 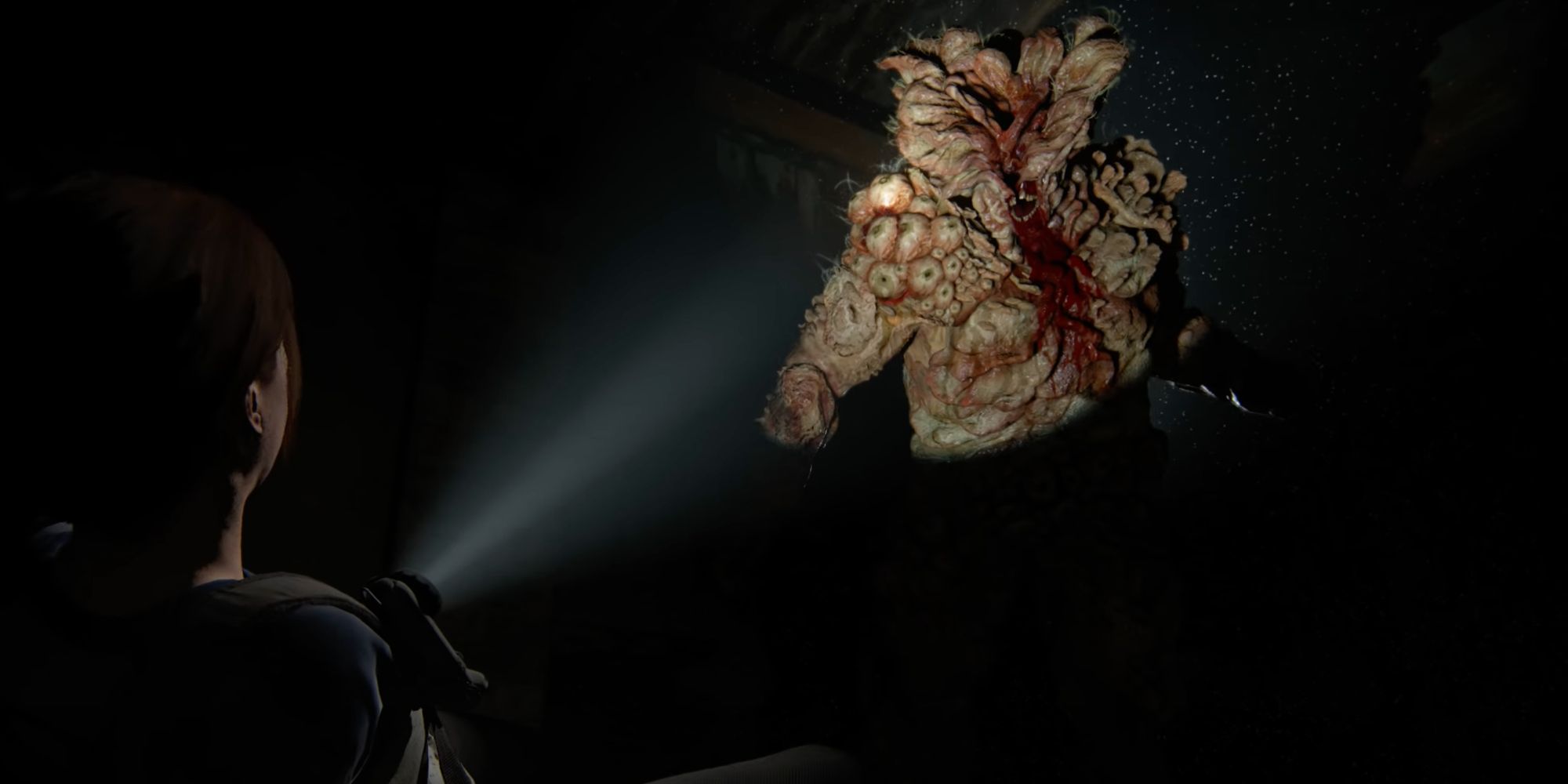 The Last of Us has plenty of deadly enemies; clickers are the obvious choice, but they can be beaten back if you have a shiv on hand. The real danger is posed by the bloaters. These ineffected were once people, but now, after years of the cordyceps fungus using their body as a host, none of that remains.

Not only can they throw plumes of spores at Joel and Ellie, but if you get too close there is no escaping. No shiv will stun them, and there's no escaping their grasp. A truly grisly fate. 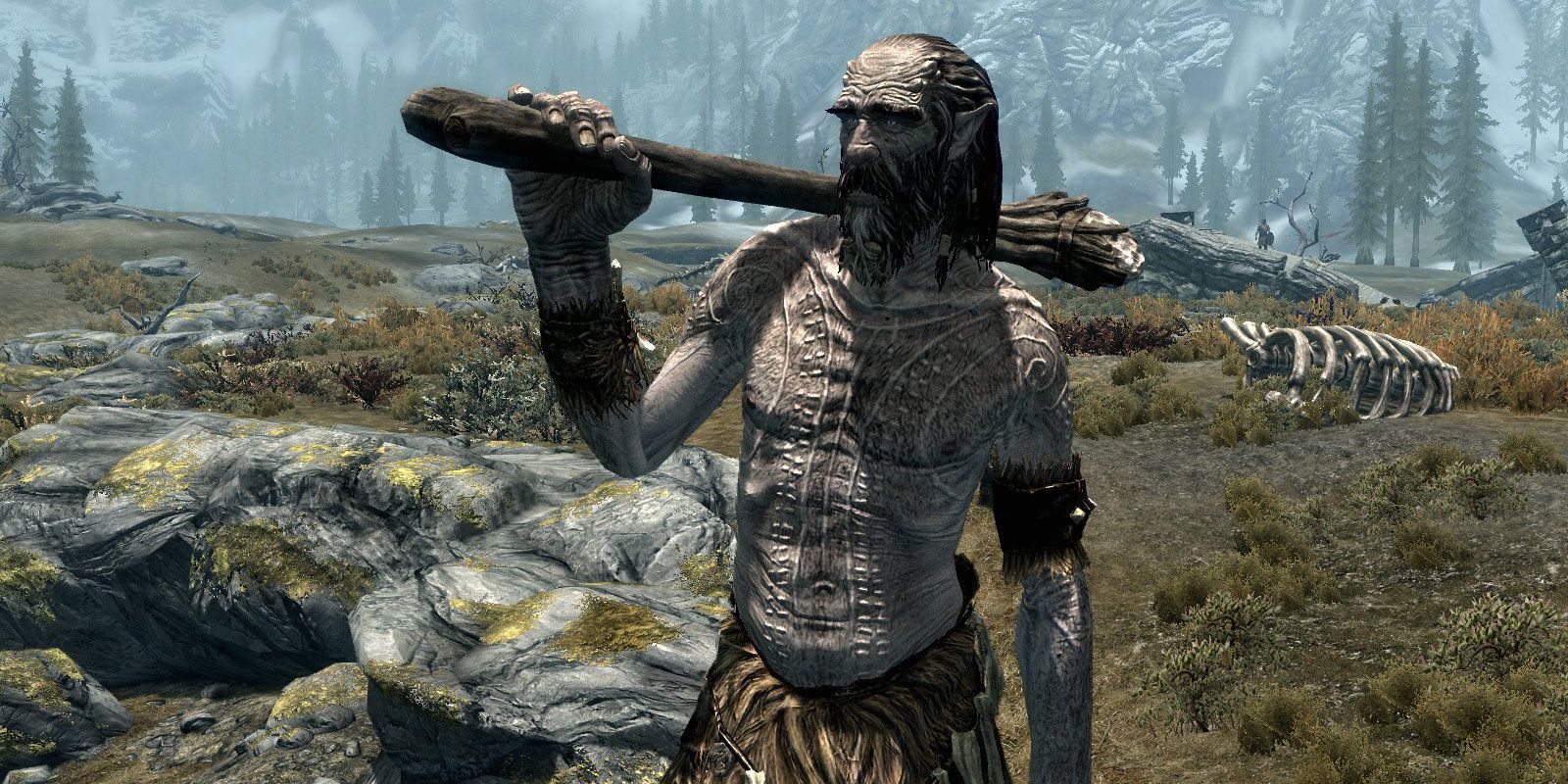 We've all done it, and if not, we've seen the clips. It's your first playthrough, you are the Dragonborn, you've fought countless bandits, mages, and dragons, nothing can stop you. You see a camp with huge bonfire and decide to investigate, oh look, a wooly mammoth, nature truly is beautiful, isn't it? You turn around and see a great big bearded man striding towards you, and next thing you know you are 10,000ft in the air ragdoll-ing with a sliver of health with the ground getting closer very quickly. 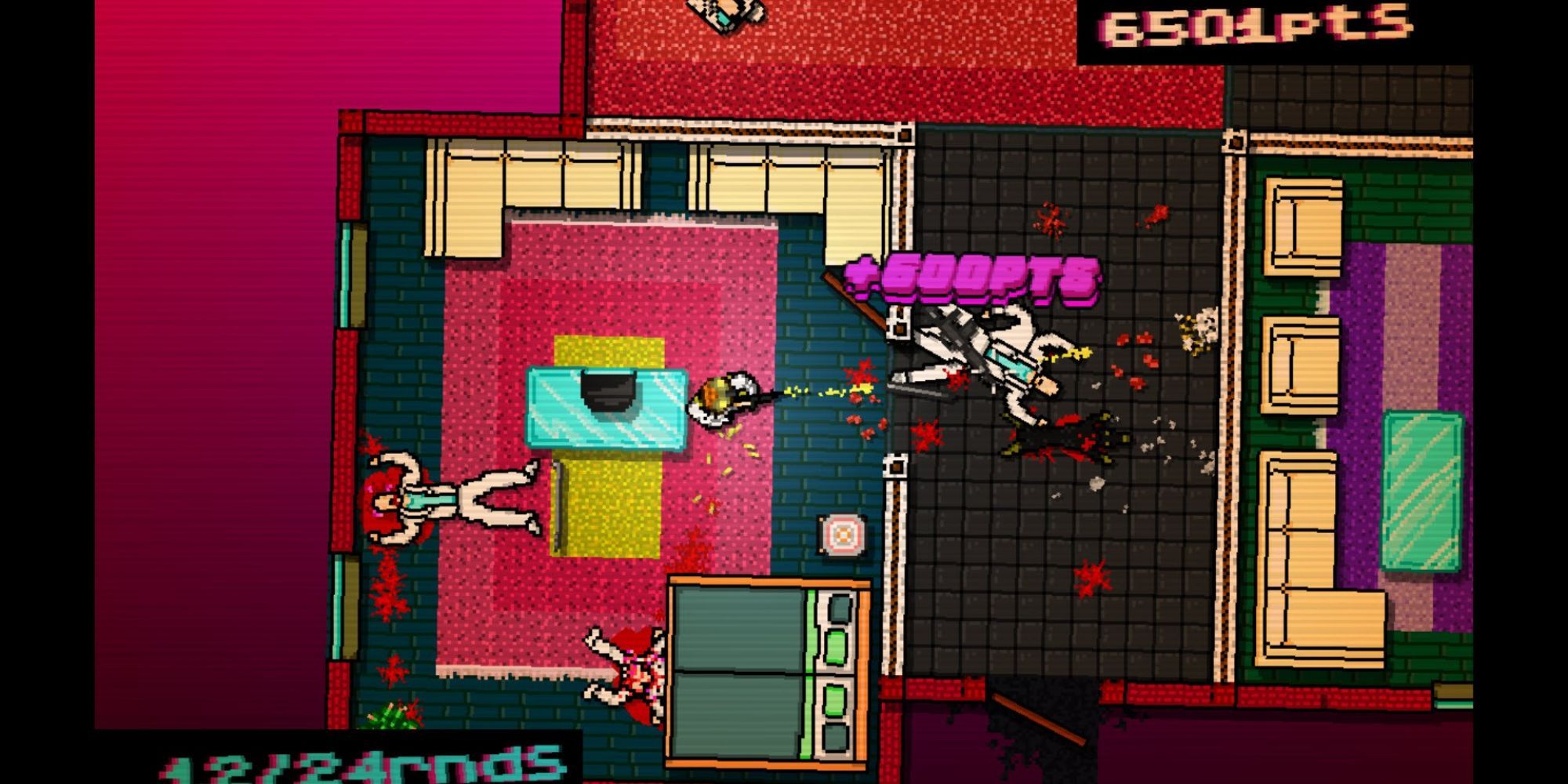 Hotline Miami is a fast, brutal, unrelenting onslaught of violence and death. As the masked protagonist, Jacket, makes his way through Russian gang members, the police and anyone that get in his way, he will die over and over again. Knifes aren't toys, guns are deadly, even fists can quickly eviscerate you, and Hotline Miami knows this, everything will kill you in one hit.

Thankfully, part of the game's unrelenting nature means that respawning and resetting the level is near instant. However, no matter how much you die or kill in Hotline, the impact of the games violence and swiftness of death in it is never lessened. And that is point. 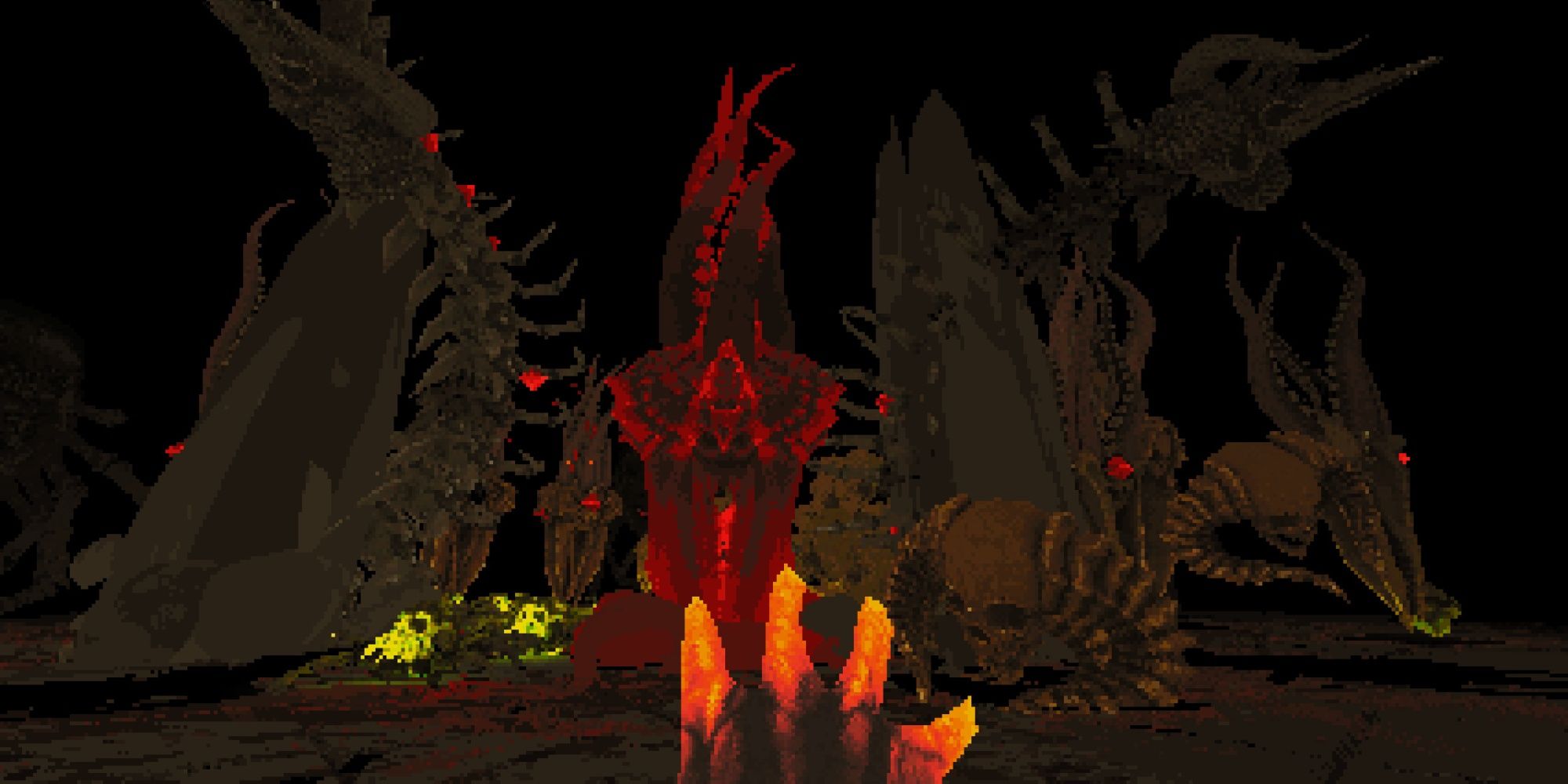 Speaking of games where everything is trying to kill you, there's Devil Daggers. If you haven't played this devilishly simply Steam game, there isn't much to explain. You run around a large, flat open plane shooting sparky stuff from your fingertips as monstrous things chase you down. There's a clock counting up at the top of the screen, nearly everything is faster than you, and you die in one hit. Survive.

There's no story to Devil Daggers, there's no greater message. Just a leaderboard and your life. It's a game where everything being able to kill you instantly is what makes it so great, and hard to put down. 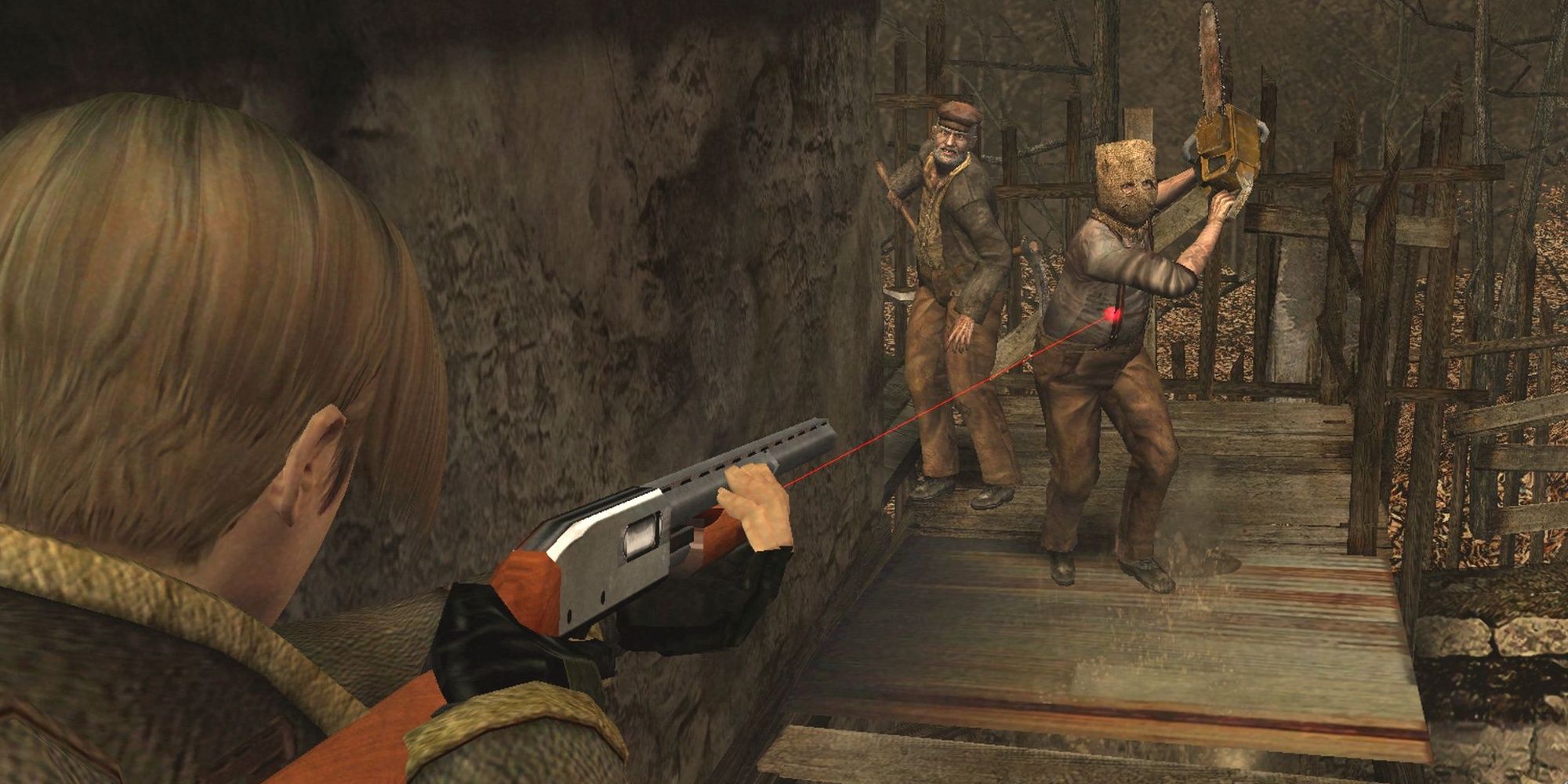 There is no instant kill more iconic, more sudden, or more shocking than that of the chainsaw-wielding bagman in the opening of Resident Evil 4. It's a sure bet you got caught by him in your first playthrough, as you snaked your way through the village for the first time, stopping for just second so you and Leon can catch your breath, and then…

We might complain about one-hit kills in games a lot, but when used correctly, they can result in some of the best moments in gaming.