March Of The Machine: Aftermath is "kind of a new thing" in Magic: The Gathering. A standard-level mini-set, Aftermath will bring in a limited number of new cards that tell the story of what happens after the climactic battle in March Of The Machine. It won’t have the usual assortment of set, jumpstart, and draft boosters (although collector boosters will still be available), and Aftermath won’t cause Magic’s usual standard rotation.

And because it doesn’t have draft boosters, March Of The Machine: Aftermath won’t be draftable. Magic’s head designer Mark Rosewater gave a difficult-to-misinterpret negative answer when asked point blank on his blog whether or not Aftermath could be drafted.

The issue with Aftermath is all its packs contain just five cards. According to Wizards’ own product page, both collector and epilogue boosters will contain one to three rare cards and between two to four uncommons. There’s no common cards to fill out a draft deck, although there will still be at least one guaranteed foil card. With fewer cards per pack than the 15 necessary to draft, Aftermath just isn’t draftable. 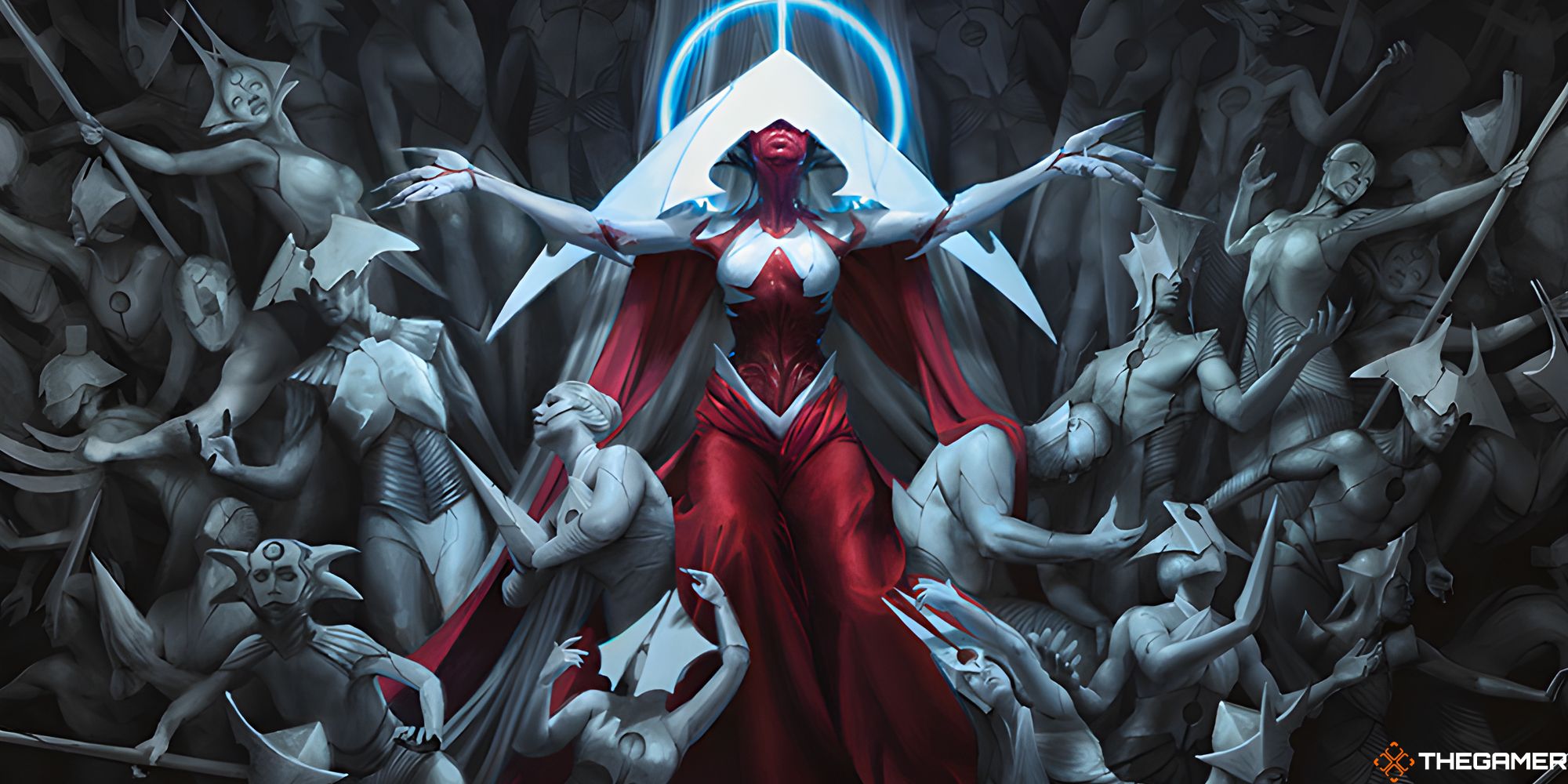 But, Magic players are quite resourceful, so maybe there will e some way to draft Aftermath by including several epilogue boosters with packs of March Of The Machine. However, these aren’t draft boosters, so expect any such Aftermath draft to be extremely variable in terms of card playability.

March Of The Machine arrives April 21, with Aftermath coming May 13, 2023. Expect March Of The Machine pre-release events between April 13 and April 20, and for MTG Arena and MTG Online to receive the new expansion on April 18 to give players a few days to practice before the set goes live on tabletop.

In other Magic news, Magic: The Gathering's Pride Across the Multiverse Secret Lair raised $1.3 million for The Trevor Project, an organization that provides round-the-clock crisis support services for young LGBTQ+ people. The Secret Lair is the most successful charity drive in Magic history, selling over 60,000 packs between May and June earlier this year. It also included Bearscape, perhaps the best Magic pun ever printed.