He has finally arrived in MultiVersus: the one true Morty! But what can Morty do? What is his thing? Well, a little bit of everything, honestly. That's right, he can clobber with some rangy normals, he has a number of projectiles that hit at odd angles, and he even has the ability to freely teleport. Oh, and if used correctly, his grenades can lead to devastating amounts of damage very early.

If you are thinking that this all sounds pretty damn good, we are here to tell you that you are right. While it is still very early days, and a lot can (and will) change, at the moment Morty seems like a pretty damn good character. But the thing is, being strong doesn't make him necessarily easy to use. There is a serious learning curve to this neurotic bruiser. Worry not, we'll guide you in your Morty journey; just like a good Rick would! 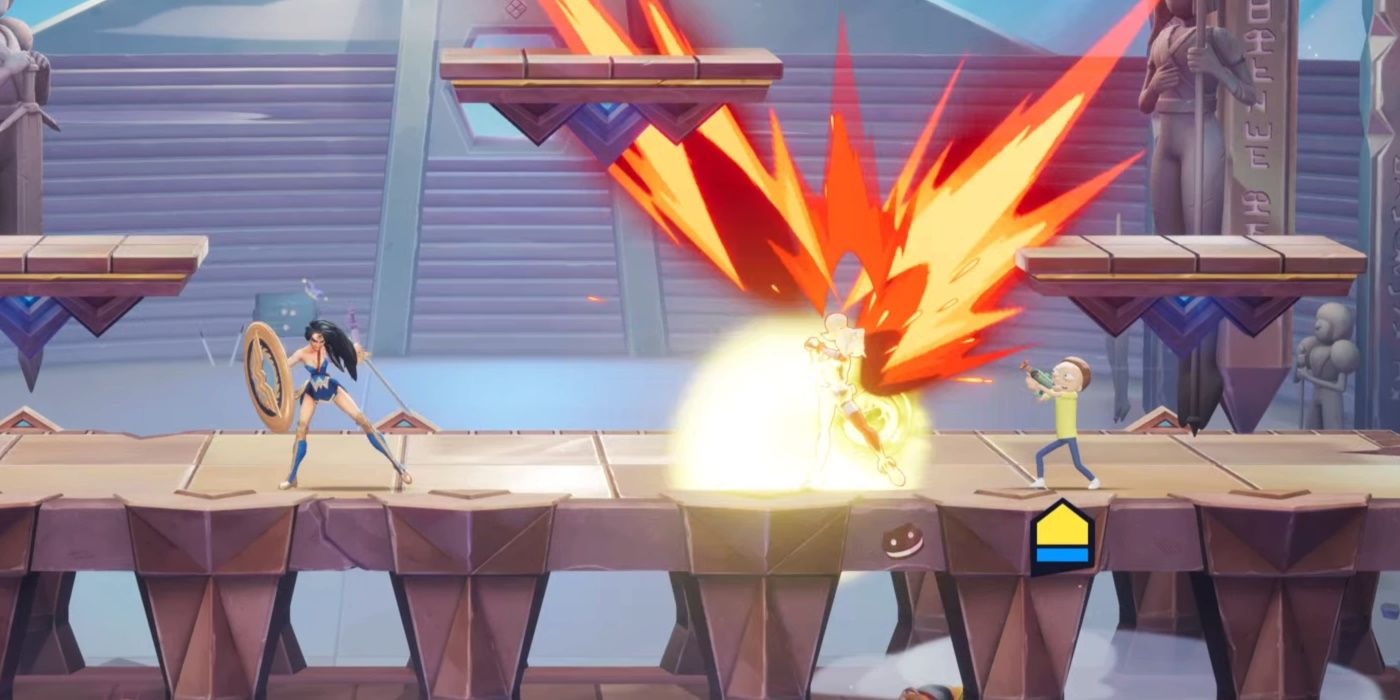 Morty is a bruiser. What the game doesn't tell you is that Morty is also a mage. Oh, and he is maybe a bit of a support character, as well? Okay, what class Morty is doesn't really matter; the truth is he doesn't fit into one comfortably. The important part is that he has a whole range of incredible tools that are more than capable of messing up his opponents. 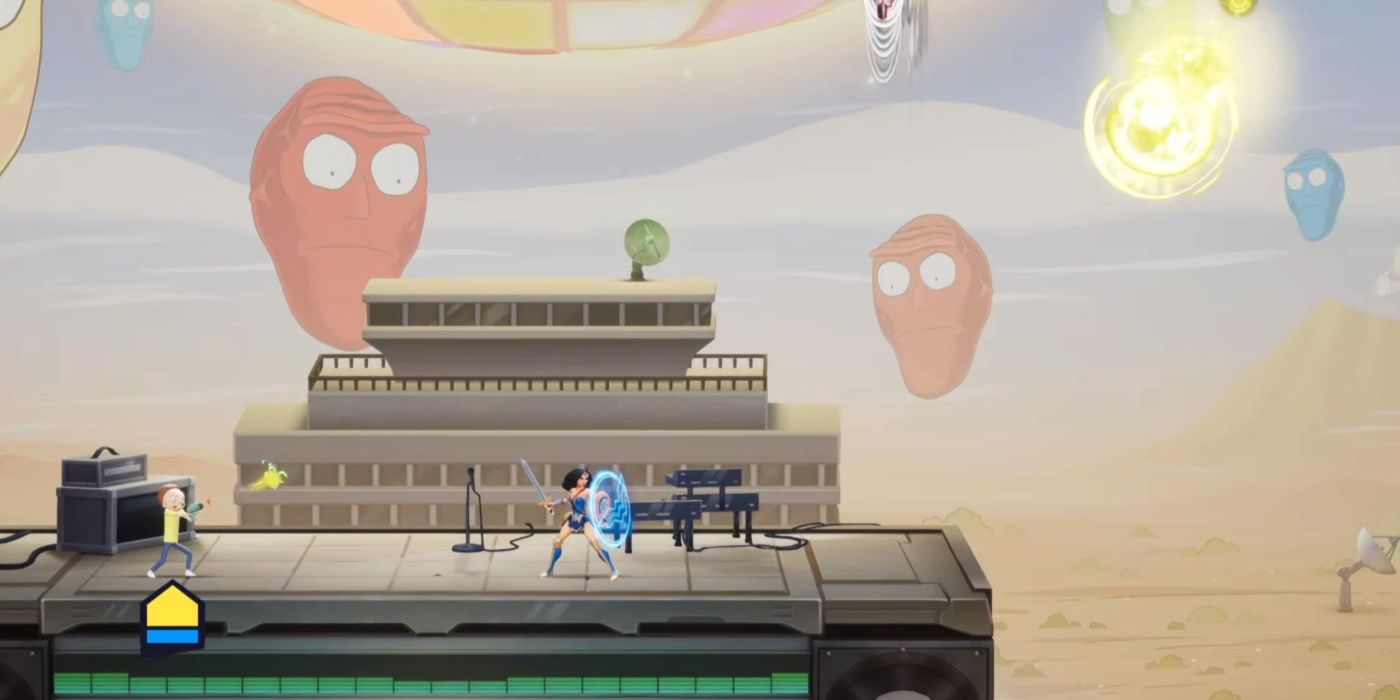 Morty is an excellent character, but there is an awkwardness to using his as well. While a character like Batman is extremely effective and has a number of easy-to-understand attacks, Morty's toolkit can appear a little more arcane and, and least initially, difficult to interpret.

Before we get into offense, let's quickly talk about recovery… Morty has excellent tools for getting back to the platform, but you are going to need to get used to them. His Auto-Pilot specials are, of course, his most potent recovery tool, but it has a long cooldown. So, when you don't have it, use your Another Portal, and angle the teleport upwards and toward the platform. 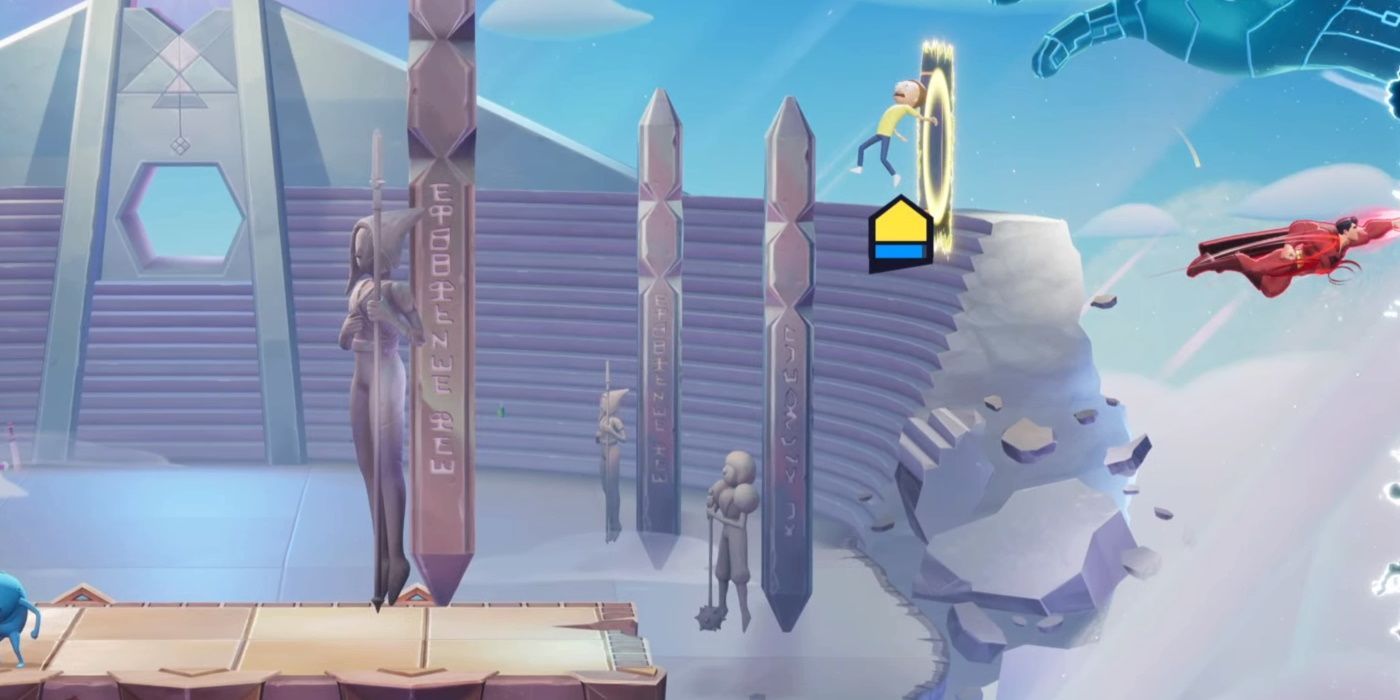 Morty has a few straightforward kill attacks, such as his Armothy Assault and his Power Of Fire! attacks (those are his aerial up and down attacks). And those are very straightforward. They are also how he will get the majority of his kills. The rest of his kit is—for the most part—about harassing opponents, whittling down their health, and setting up for those killing attacks.

It is also worth mentioning that Morty's Temporal Backup and Plumbus will kill as well. Surprisingly, the final hit of his Unresolved Anger combo, even when fully charged, is not a great way to kill. Similarly, his grenades will pop the opponent into the air, and they can do seriously huge damage, but they are also not good for getting opponents off the screen. 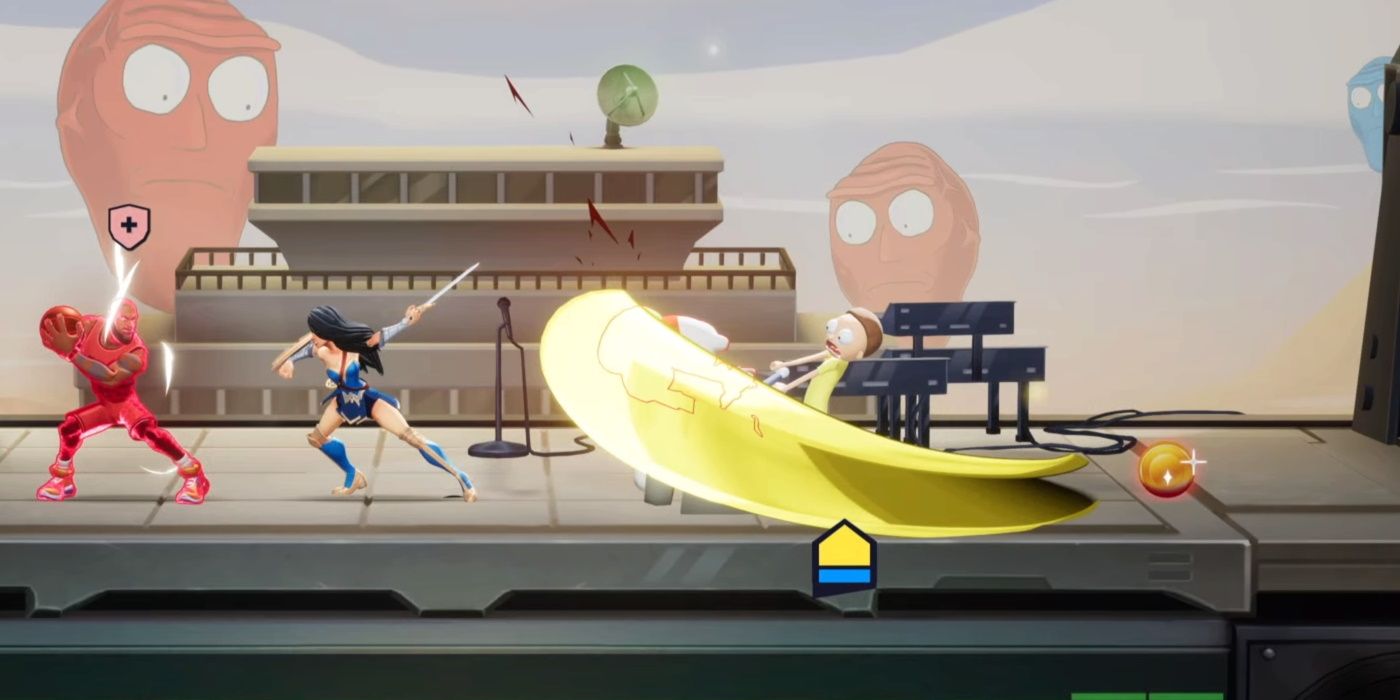 So what do we do with this knowledge? Well, it is a great way of informing us of what we need to do. We need the enemy in the air so that we can hit them with the Power Of Fire! attack, or we need to approach them from above so that we can spike them with the Armothy Assault attack. A great way to pop enemies up is with Morty's grenades. Conveniently, these are also one of Morty's best ways of dealing damage. 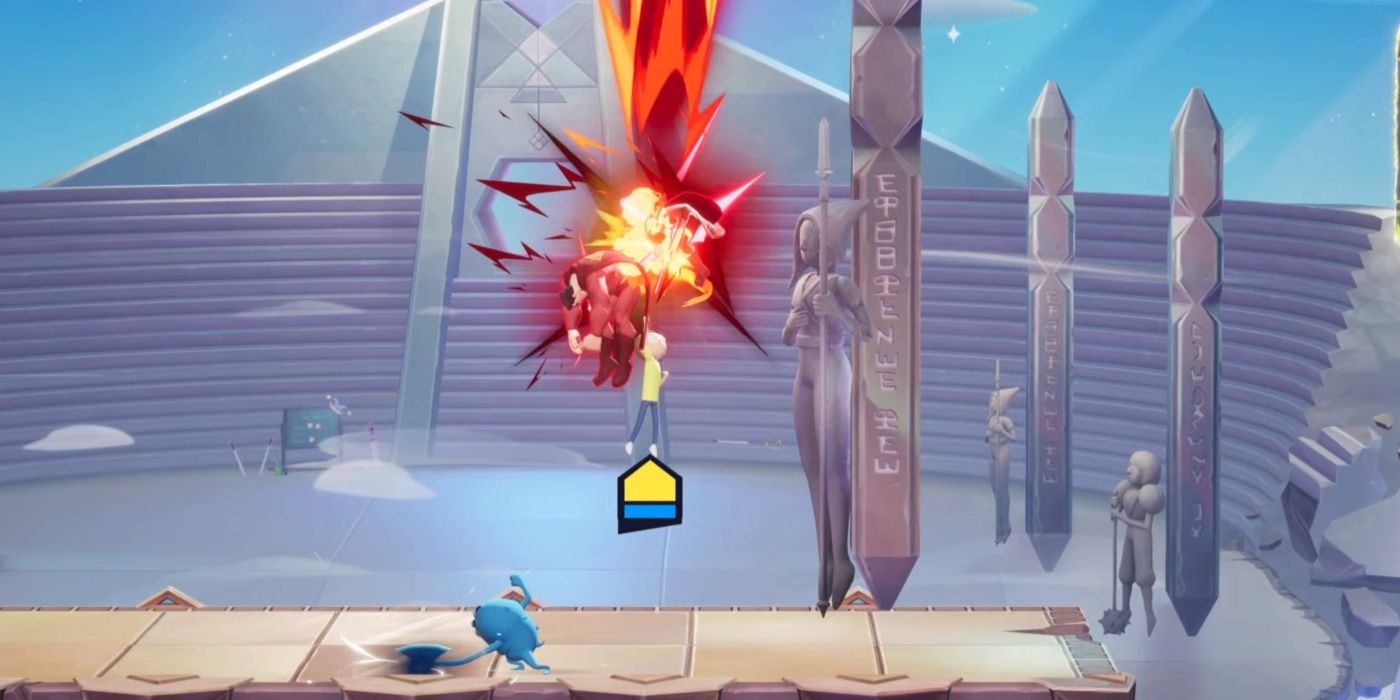 If you hit with three grenades (the amount Morty can throw at one time), then you will hit for very close to forty damage. It is absurd. So, a great setup is to throw your three grenades right in front of you, then smack the grenades with the first hit of your combo, and finally shoot them when they cluster around your opponent. If your opponent is already hurt when this hits them, it will be an excellent opportunity to score a ringout with your Power Of Fire attack in the air (as the explosion from the grenades will send them flying). 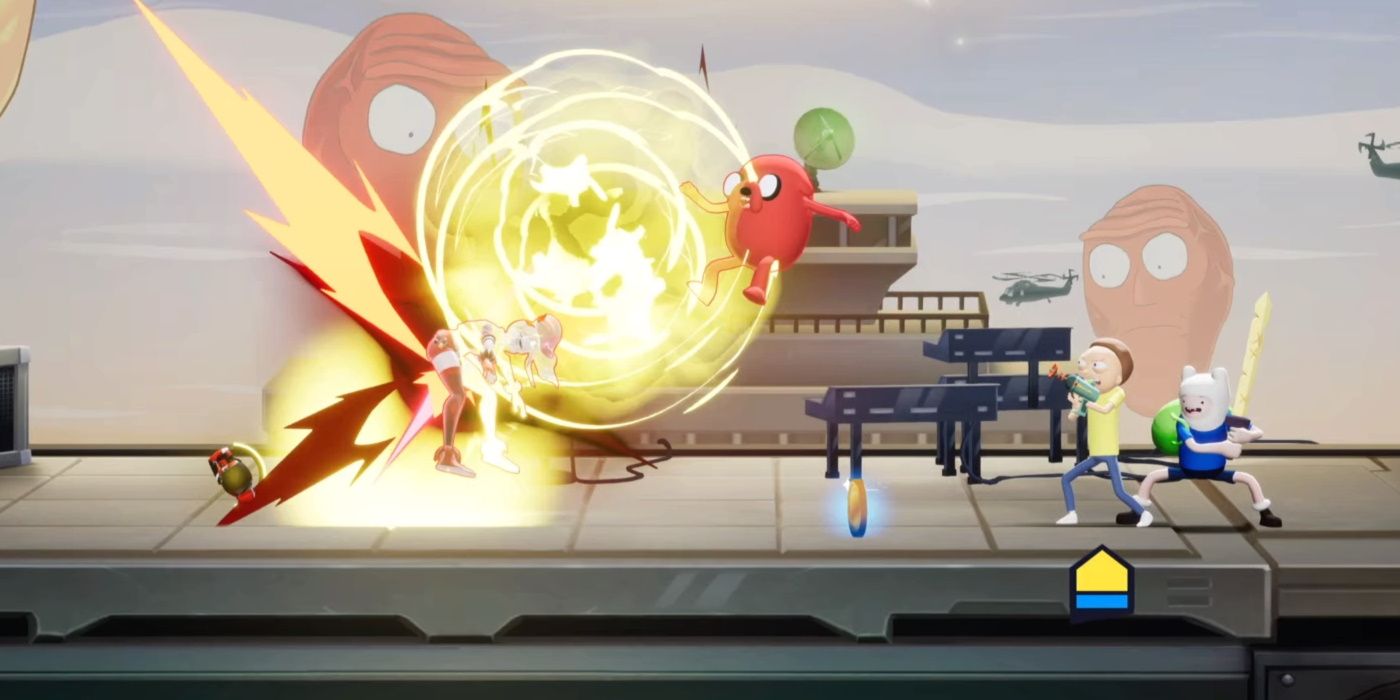 In general, once your opponent is suitably roughed up, you are probably going to want to start putting grenades out into the world so that you can fish for that popup. But Morty isn’t just grenades; he also has a pretty great melee game. You are going to want to use his Barbarian Instincts to approach from the sky; it doesn't knock the enemy far back, but it will disrupt them and it leads into your Unresolved Anger combo. Don't go chest-to-chest when you are using Morty's combo attack; its greatest strength is its range.

A great way to land your Armothy Assault is to set it up with your Another Portal attack. This will allow you to teleport straight above your opponent's head and land this damaging spike. If you are engaging injured foes, also try to make good use of your Temporal Back-Up. Once you zip back to your cutout, you will slam into your opponent and send them flying. It can kill, but even if it doesn't, it will set up opportunities to land the attacks that most certainly will. 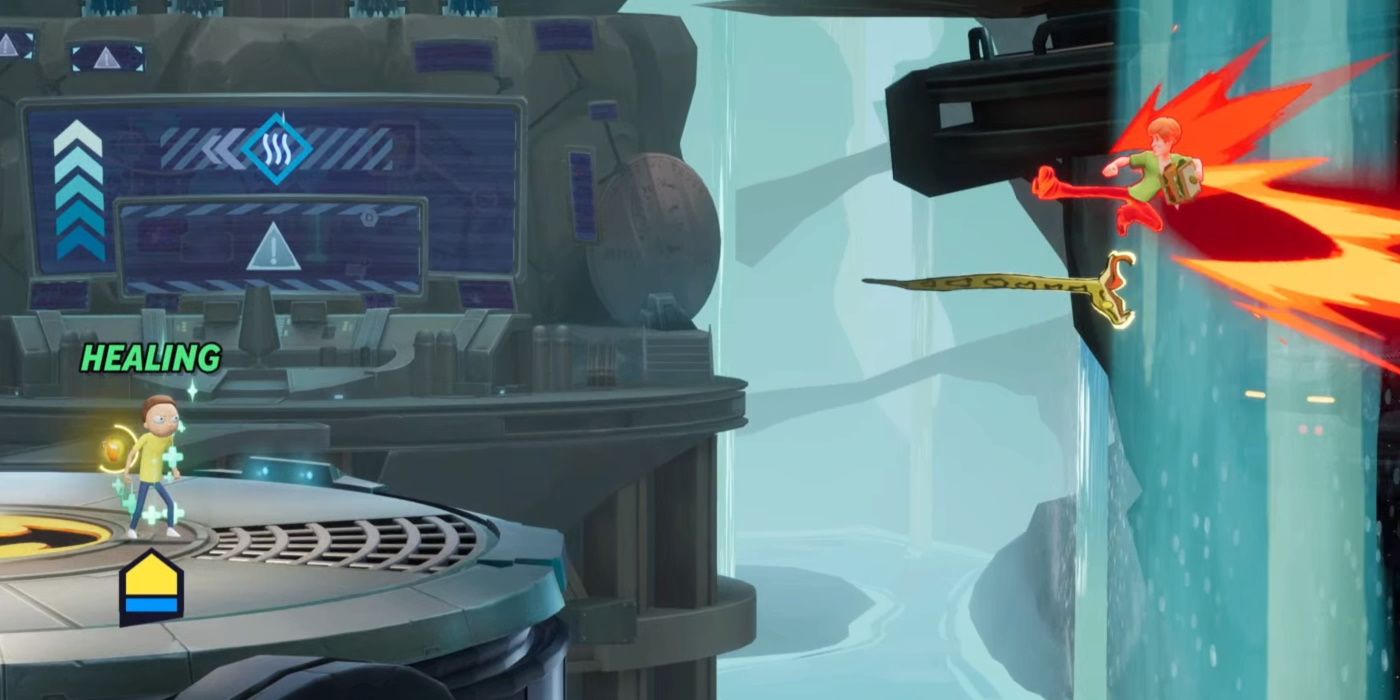 For edge guarding, you are going to want to land your heaviest hitting attacks, but also consider using your Aw Jeez, More Snakes attack, as this projectile can slap opponents out of the air as they are trying to recover. You can also scrub with your Plumbus near the corner and clip opponents that way.

So, in summary… Use your grenades to deal damage, and your Snake gun to ignite the grenades. Use your Unresolved Anger Combo and Barbarian instincts to harass your opponent and chip away at their health. When it is time to kill, focus on hitting with your Armothy Assault and your Power Of Fire attacks, and use your Aw Jeez, More Snakes to take out opponents that are off the platform. The rest of your specials are about being tricky, evasive, and recovering. 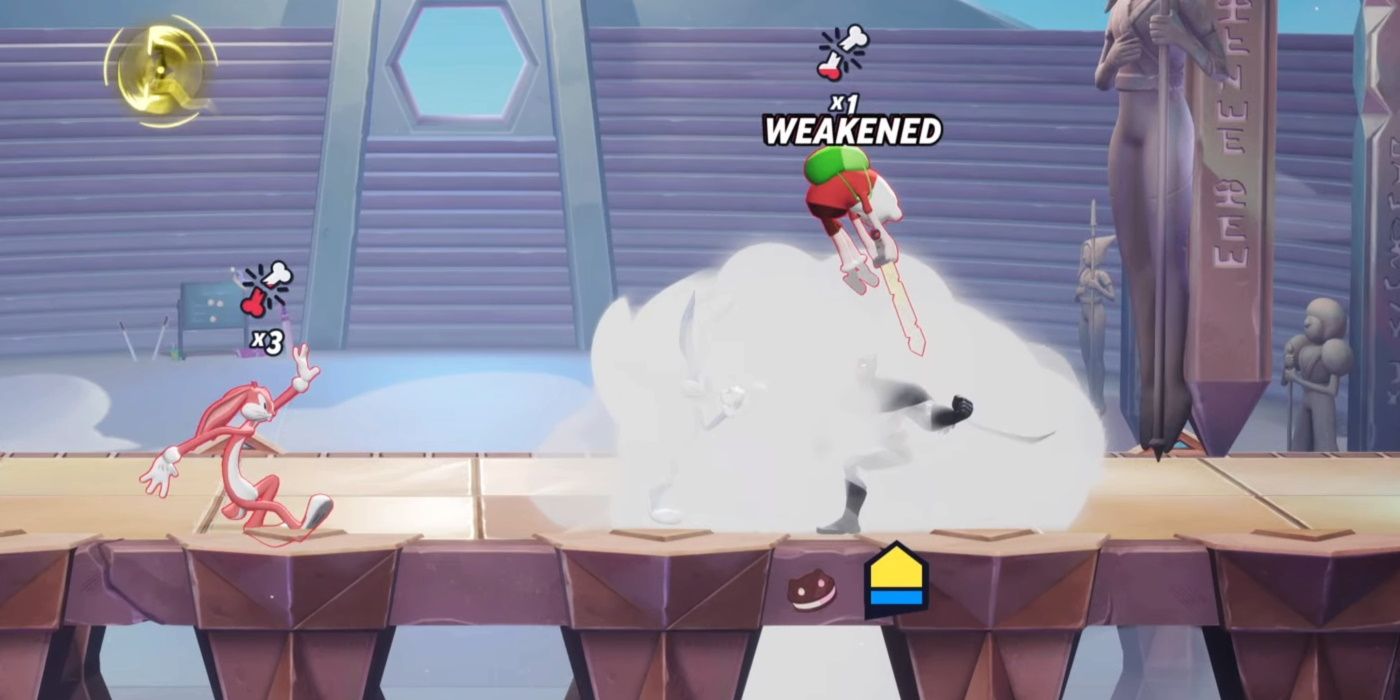 Morty has some excellent support moves that you are going to want to use. For starters, his Plumbus cleanses. Considering what a stubby attack that is, cleansing is going to be its primary purpose. Morty also gives grenades to partners when he passes by them. Also, if your partner is about to get rungout, Morty's Temporal Back-Up will rescue them (though you are going to have to be pretty sharp to utilize that technique). Beyond that, you can create platforms for your partner with your Auto-pilot special if they are struggling to get back to the platform. When you aren't harassing your opponents, you should be supporting your partner. 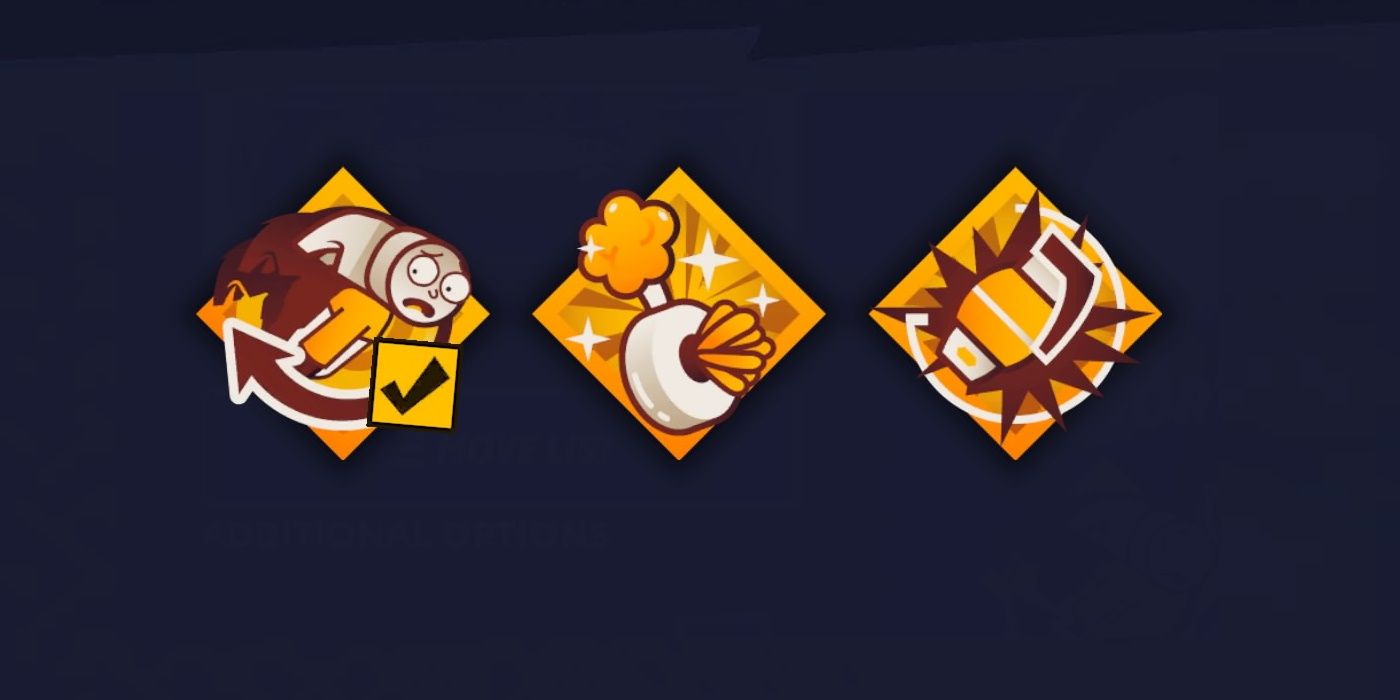 Okay, so you have three Signature Perks. The two you are probably going to want to focus on are his Oh That's Still A Grenade perk, which will make your explosions much larger, and the I'm More Than Just A Hammer perk, which gives him a move like Finn's Backpack Attack, but with less kill ability and better range. It is important to note that his grenade perk does not make his grenade hit any harder. However, it does greatly increase the radius of a fully-charged grenade, which, of course, can lead to easier kills.

The Hammer perk isn't going to get you any more kills, but it is amazing for causing havoc and dealing damage. The individual hits aren't particularly heavy, but they add up fast. So what about the Extra Fleeb Juice? Well, it removes status effects from the ground. That means it will remove Reindog's firewall, Velma's ice puddle, and Bug Bunny's burrow. We think that it is almost certainly the weakest of his signature perks, but it does let Morty nullify certain attacks, which is pretty interesting. This could be a Signature Perk that you use to counter certain players.