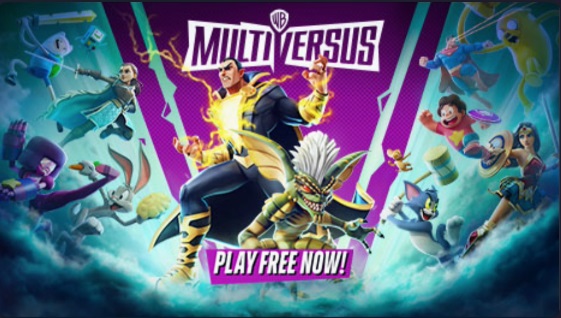 Ahead of Season 1’s launch, DC’s Black Adam and Gremlins villain Stripe have been leaked as future playable characters.

It looks like MultiVersus can’t announce anything without it being leaked online first. Ahead of today’s update, that will kick off Season 1, two more characters have been confirmed ahead of an official reveal.

The two characters in question are DC villain/antihero Black Adam and Gizmo, the main villain of Gremlins. They can be seen in what appears to be an updated version of the game’s login screen, replacing the original duo of Batman and Shaggy.

This leak seems to be the result of a new MultiVersus ad being uploaded too early. Several pictures of the artwork show it being displayed on the Xbox dashboard.

Stripe’s inclusion isn’t too surprising as he was included in a previous character leak (along with mogwai Gizmo). We can’t recall if Black Adam was ever leaked, but his inclusion makes sense considering the Black Adam movie is releasing this October.

Surprisingly, his MultiVersus design is more accurate to how he appears in the comics, though we fully expect for there to be an optional skin that swaps him out for Dwayne ‘The Rock’ Johnson, who is playing him in the movie.

It’s very likely that these two were who MultiVersus director Tony Huynh was teasing yesterday. He said on Twitter that two more characters would appear on the login screen today and that they will arrive as part of Season 1.