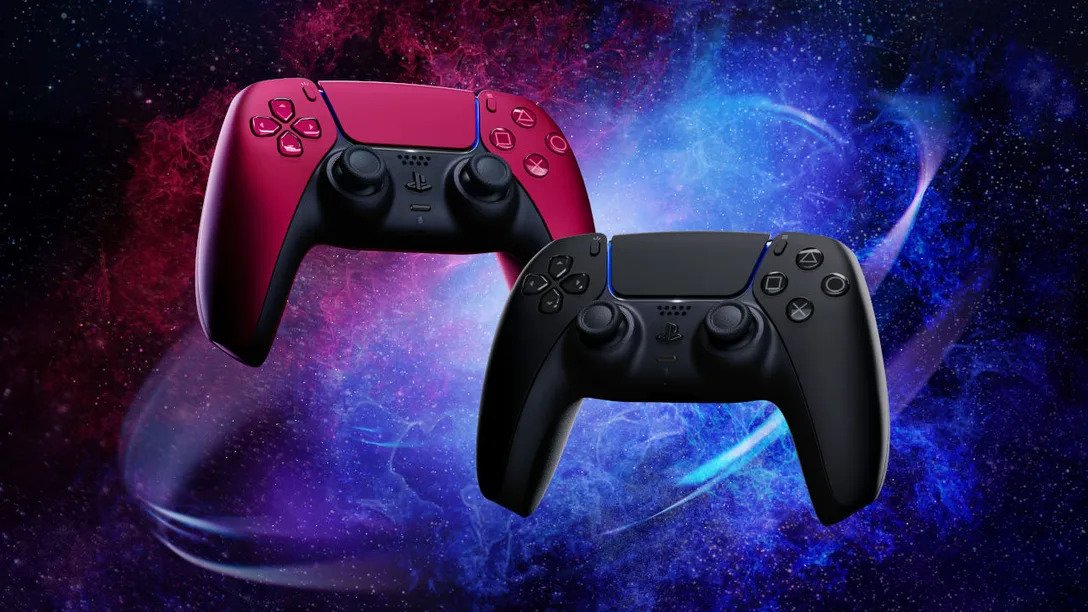 Sony has unveiled new crimson red and midnight black versions of the DualSense controller, but there’s no sign of a black console.

PlayStation 5 consoles may still be like gold dust but their controllers are usually easier to get a hold of, and should be even more so next month when two new colour variations are released.

The DualSense has been one of the most warmly received aspects of the PlayStation 5, with almost everyone considering it an improvement over the DualShock line.

The default model is a stylish mix of white and black, to match the console, but the new Midnight Black variant has two slightly different shades of black with light grey detailing to, according to Sony, ‘reflect how we view space through the night sky’.

The Cosmic Red mode is red (obviously) and black and apparently inspired by ‘unique vivid shades of red found throughout the cosmos’.

Mechanically, the controllers are exactly the same as the standard version but if you want one of the new controllers they’ll begin to become available next month – although when exactly will vary from country to country.

It’s inevitable at some point that there will a special edition console, just as there have been for all the previous PlayStation consoles. But that’s not likely to happen while the standard model remains so difficult to keep in stock.

The most requested variant so far is a black PlayStation 5, but while the last attempt at an official version ended with the retailer responsible suffering death threats, there’s been no sign from Sony that they’re going to be making one themselves.