Episode three of New Tales From The Borderlands is called Capital Pains. In it, the main crew thinks of a way to use their newly acquired green healing crystal. And when they do figure it out, their attention turns to earning the money required to make their goals possible.

It's a fun episode that is different from a typical Borderlands narrative. It isn't a story that tells itself, though. The episode is filled with interaction, from big decisions needing to be made to QTEs (quick time events) that must be completed. Here's everything you must do to beat it and collect the Vaultlanders in the process. 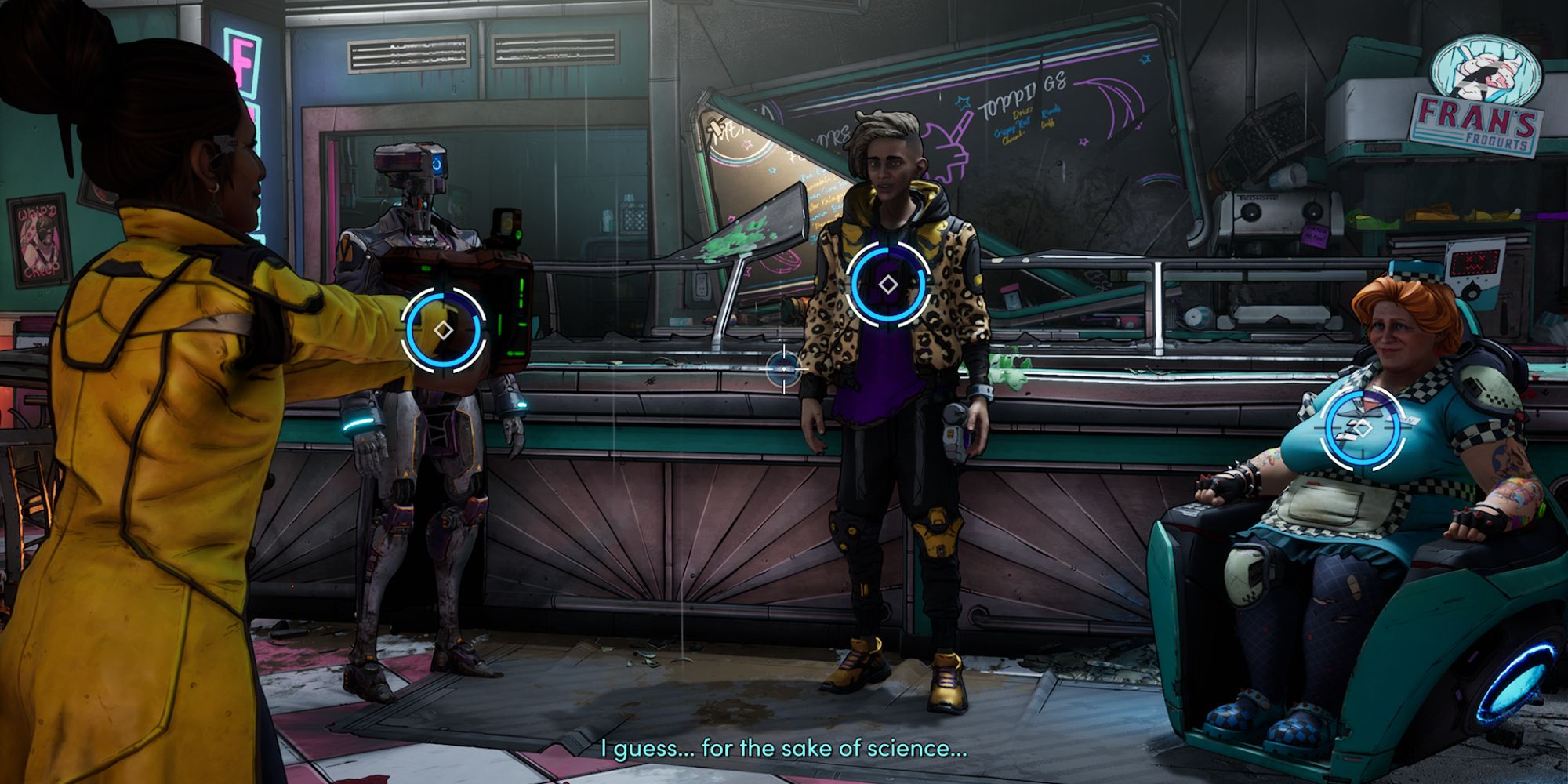 In the first scene of the episode – besides the opening story summary – all three protagonists are at Fran's shop with LOU13.

There are plenty of dialogue choices and button presses you have to do. Some of them impact your skateboard score but don't change much beyond that.

The first significant decision has you choose which of your friends to shoot as Anu. This is to test the healing capabilities of the crystal you picked up in the last episode.

You can pick LOU13, Fran, or Octavio as a target. There aren't any major ramifications to your choice, as everyone lives. However, if you select LOU13, you'll discover that the crystal doesn't work on mechanical beings.

Make Anu's Healing Device (Includes How To Get The Vasquez Vaultlander) 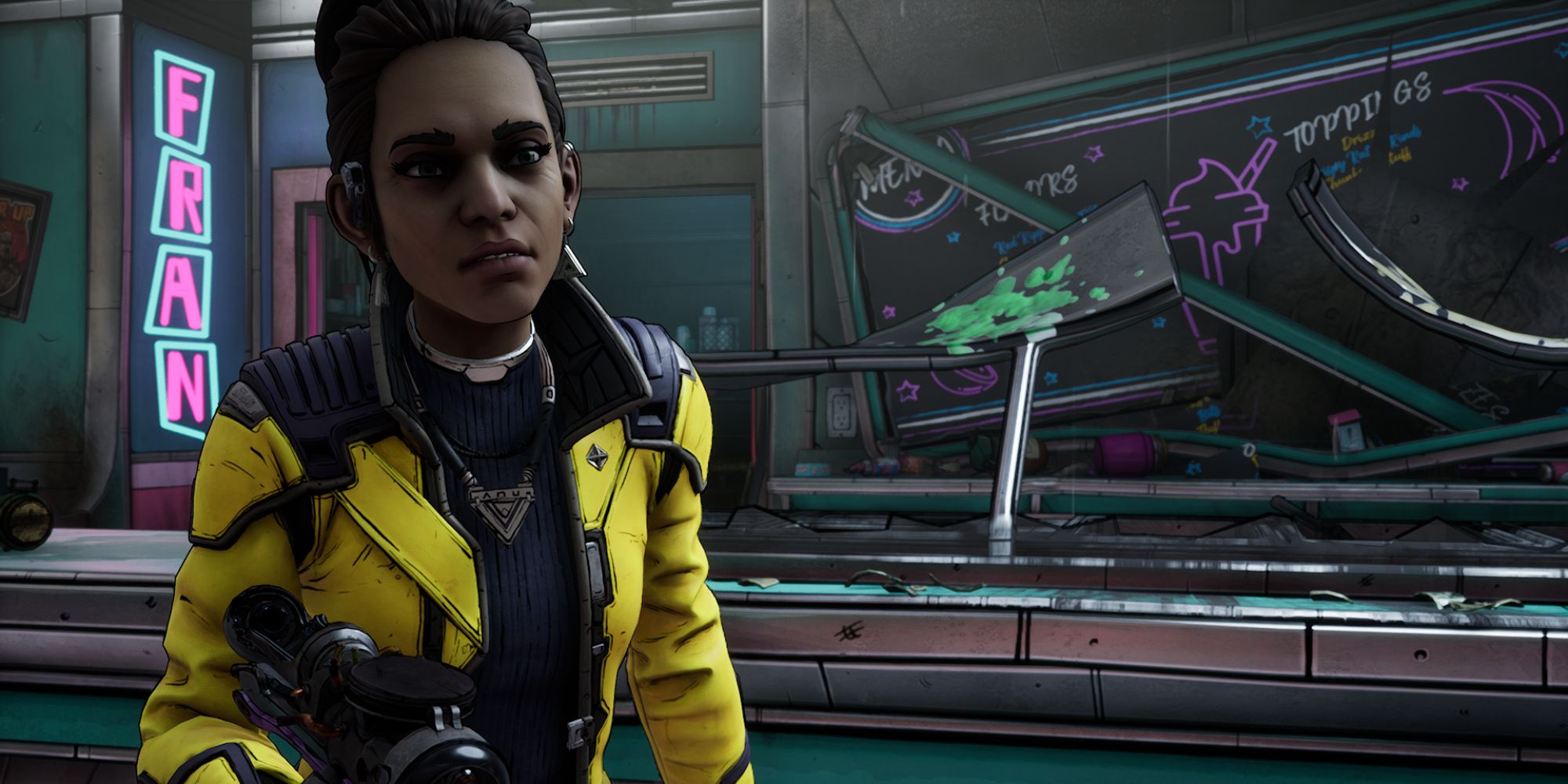 Once the crystal testing is over, Anu intends to fix her device and add the crystal to it. Therefore, you get to walk around the froyo shop, looking for items that will help.

There are plenty of things in the shop to interact with, look at, or scan. So, feel free to explore. 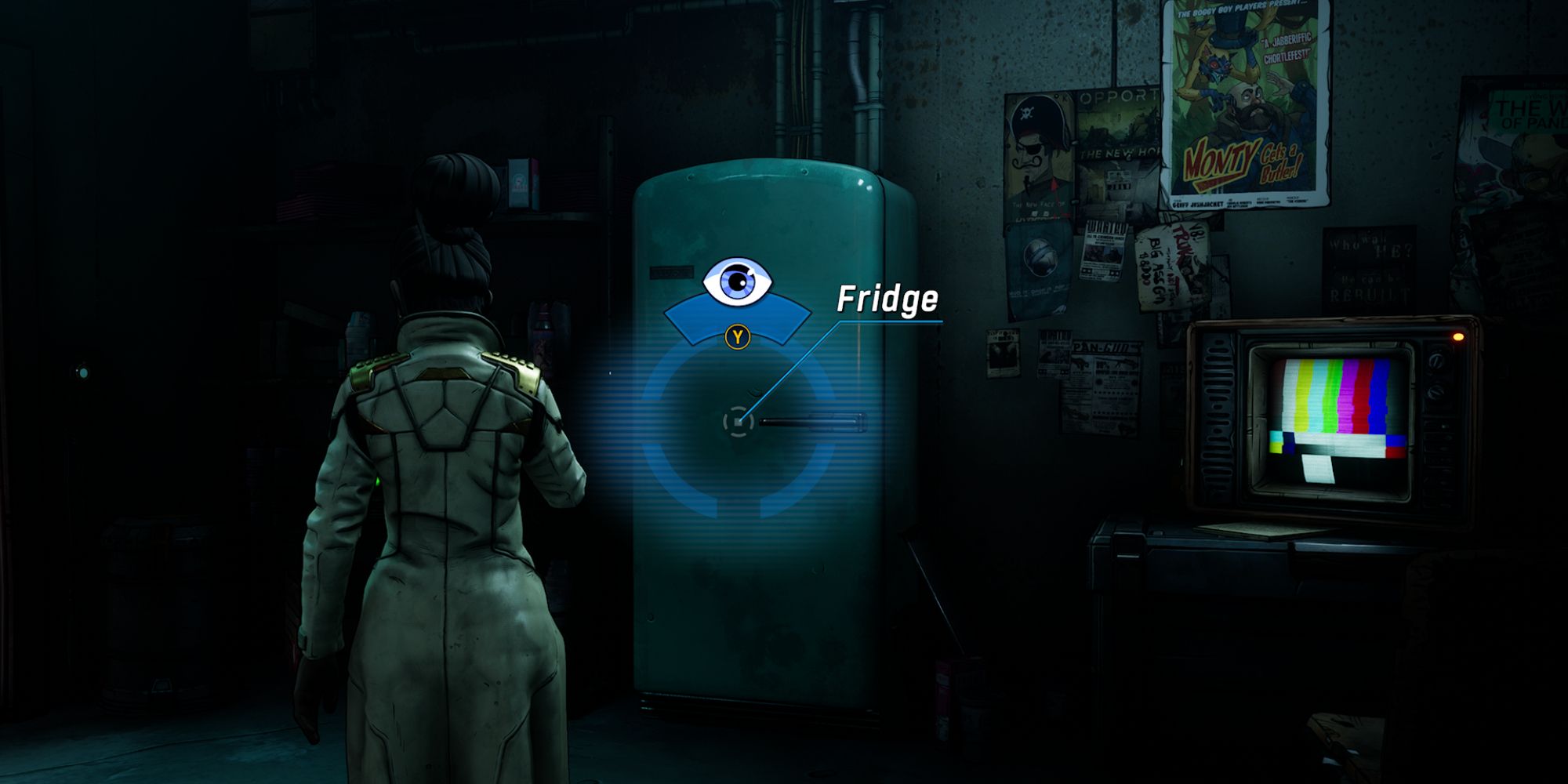 One thing you might want to check out before picking up all the important items is the fridge in the back room. 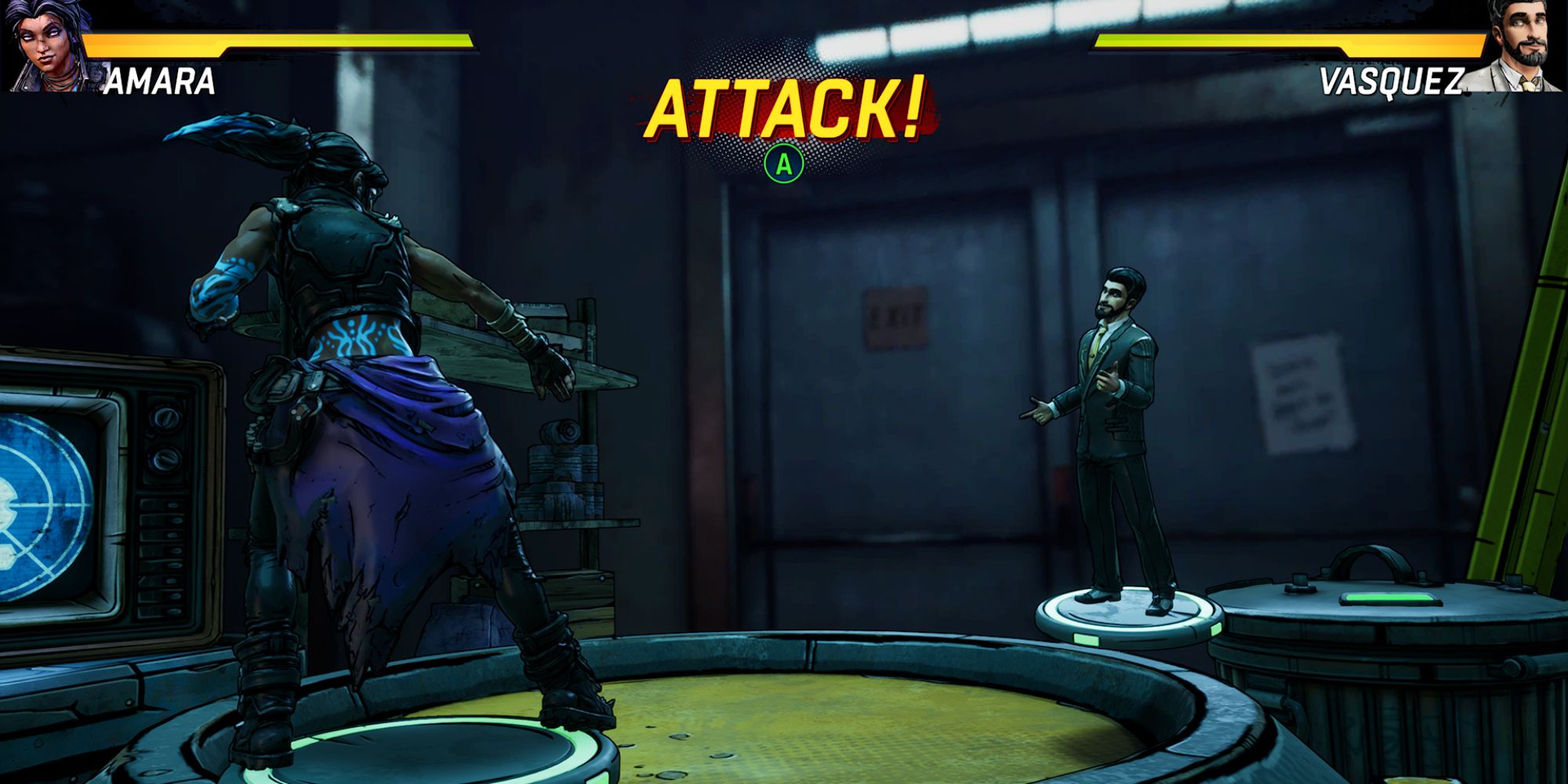 This is because when you inspect the thing, the Vaultlander-loving guard from the last episode pops out. He challenges you to another Vaultlander battle. Beat his to acquire his figure. 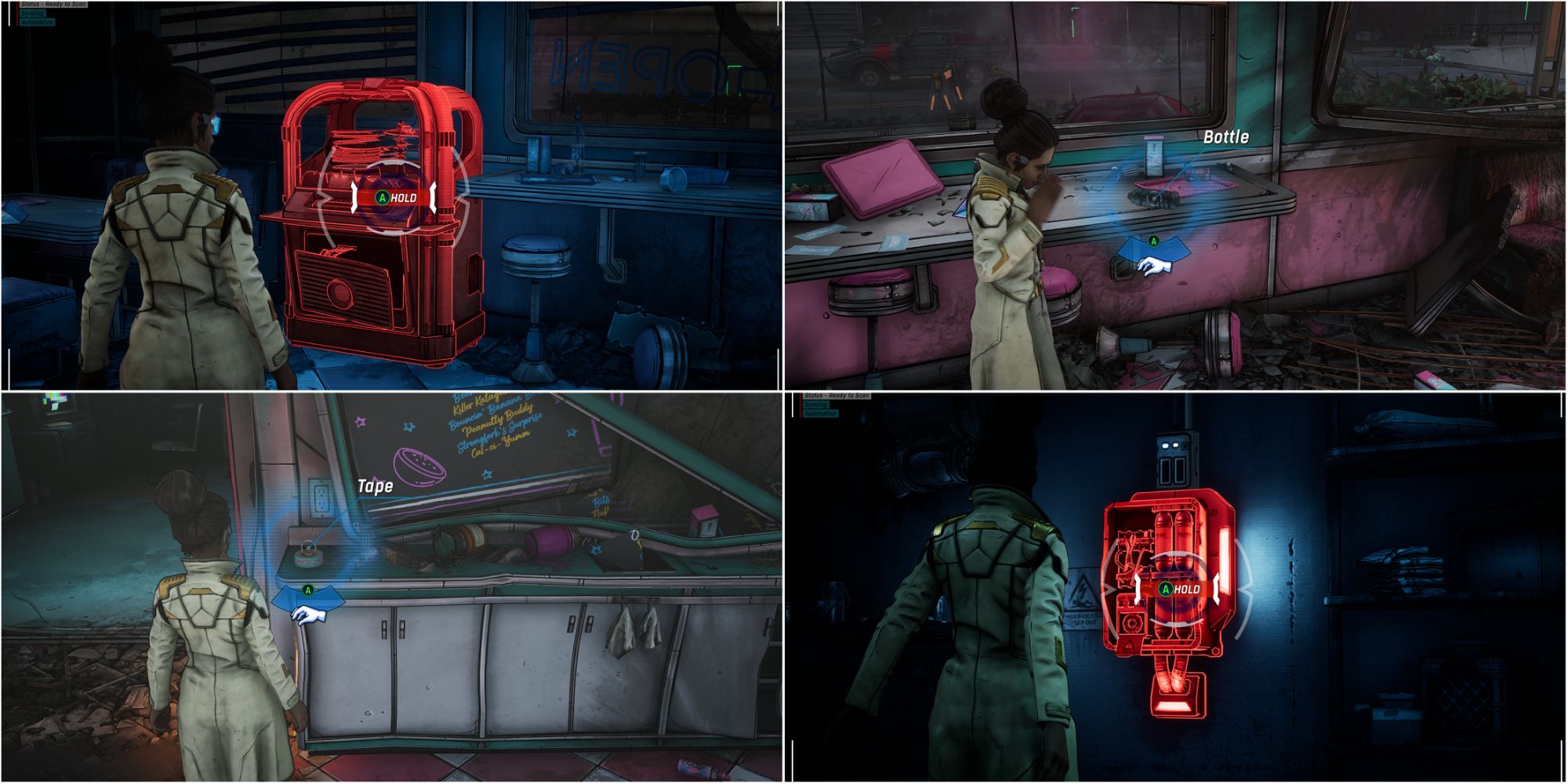 The things you need to progress in the story are as follows: 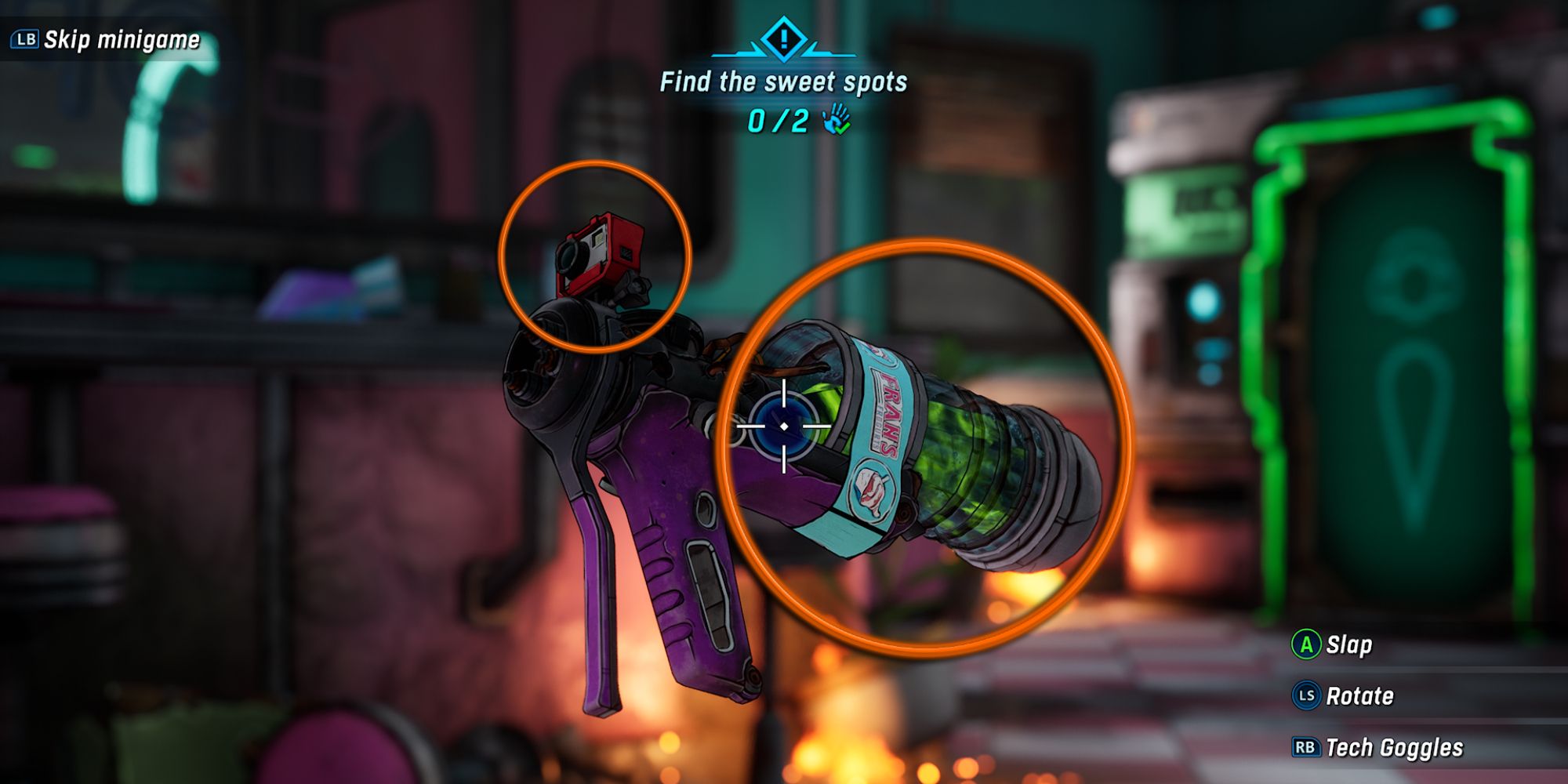 Anu puts everything together to make a more makeshift version of her device. It doesn't immediately work, though. So, it's time for another slapping minigame.

Rotate the device to slap the front camera and the bottle at the back.

Now, Anu proceeds into the testing phase. So, she cuts her hand, and you have to choose who you want wielding the new healing device.

It's a straight choice between Fran or Octavio. Both of them get the job done.

Getting Into Sink Or Swim 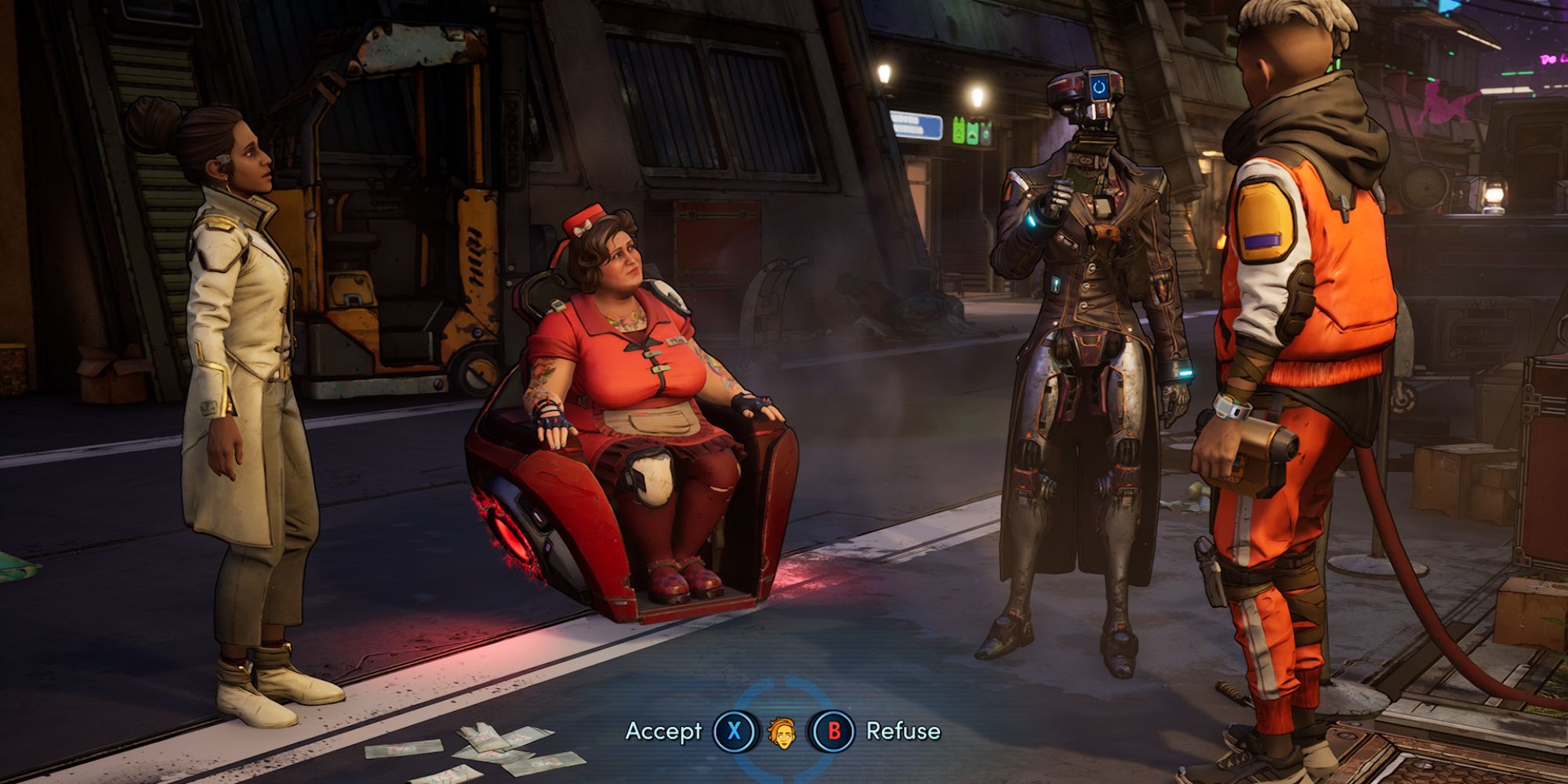 In the second scene, the crew attempt to gain a place on an investment show where they can get investors for their new invention.

The first obstacle is the bouncer, who is unwilling to let you in. Yet, it's okay because he says his own name, which triggers LOU13 to shoot him in the head.

After the fact, though, even LOU13 admits that the bouncer's infraction perhaps didn't deserve death. But he still offers the money he got from the killing to the rest of the team.

It's up to you whether Octavio accepts or rejects the cash. The former earns you money, but Anu will be upset with Octavio.

Interacting With The Competition 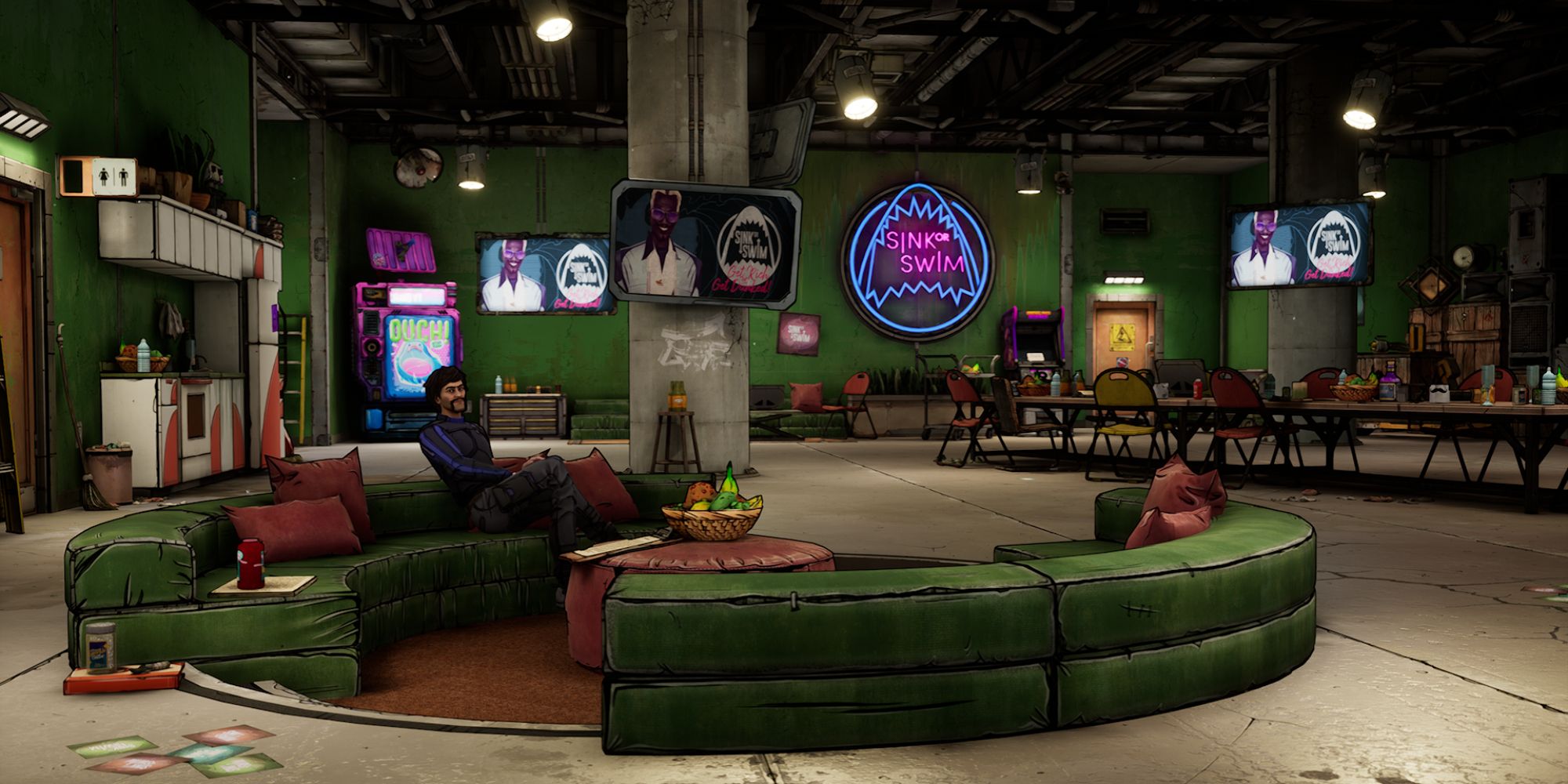 Out of respect for the fallen bouncer, LOU13 takes his place, while the rest of the crew goes inside. Immediately upon entering the place, they're met by another Sink Or Swim competitor named Pierre.

He tries to sike you out and it works on Anu, as she starts to get very nervous about the upcoming show.

As Octavio, you can give her advice about dealing with nerves, which she may try to use later – not that it really helps things. 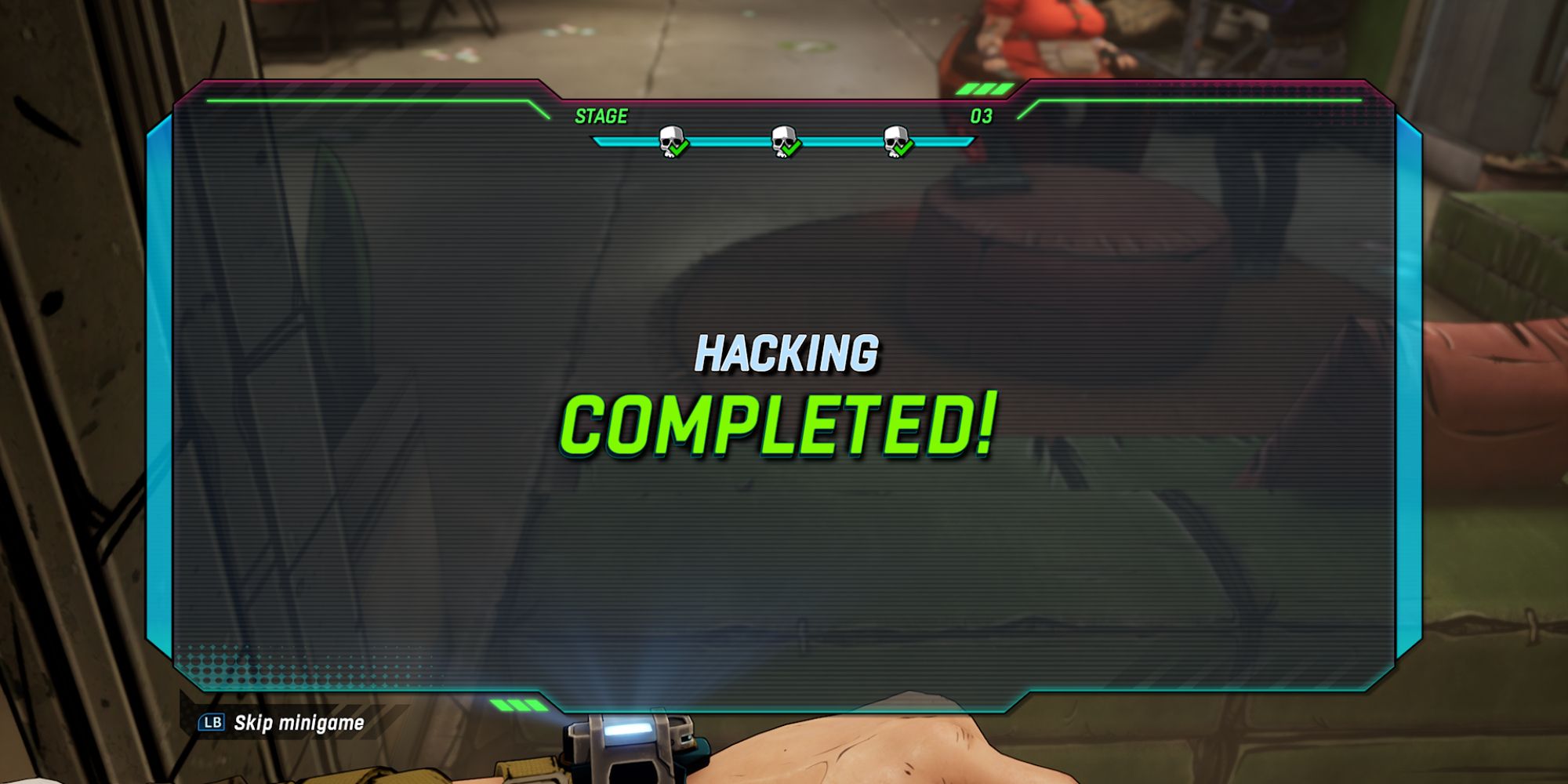 Don't worry, though, as Octavio gets the guy back by hacking his invention, which results in a hacking minigame. As always with these, each stage of the minigame is random, but they're all easy to beat. This leads to Pierre doing a bad pitch and getting killed for it.

Pitching On Sink Or Swim 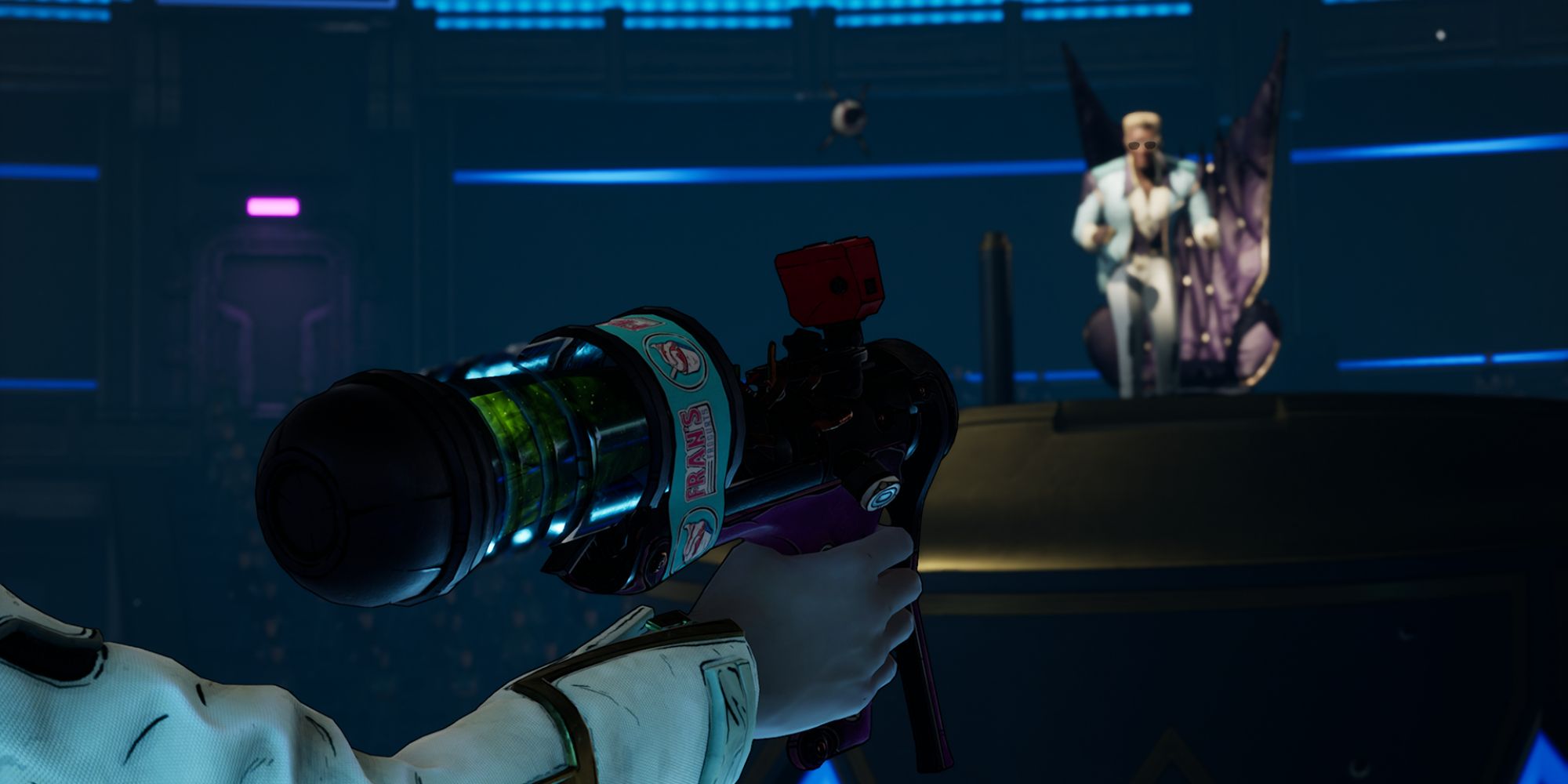 Now it's your time to go on the show and pitch.

To start, you have to answer a few questions about your product. In the process, you can give the thing a name.

Your answers don't help the pitch, though, as the host dunks Anu in the shark-infested water regardless of what you say. 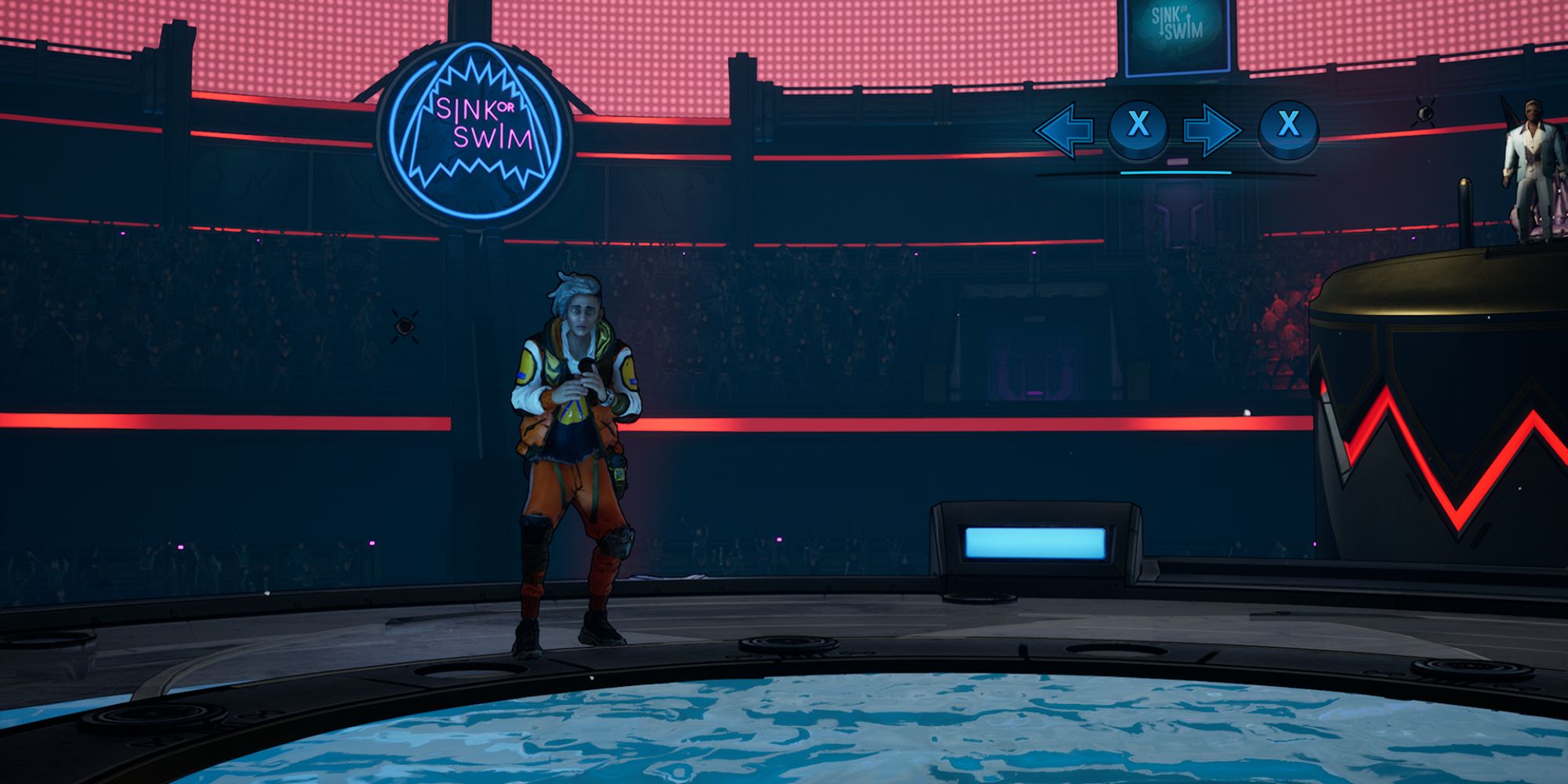 Then you have a long QTE where you must catch the device and save Anu. She loses a leg in the conflict, but the healing gun fixes the issue. As a result, another investor comes in and pays you the money the team requires 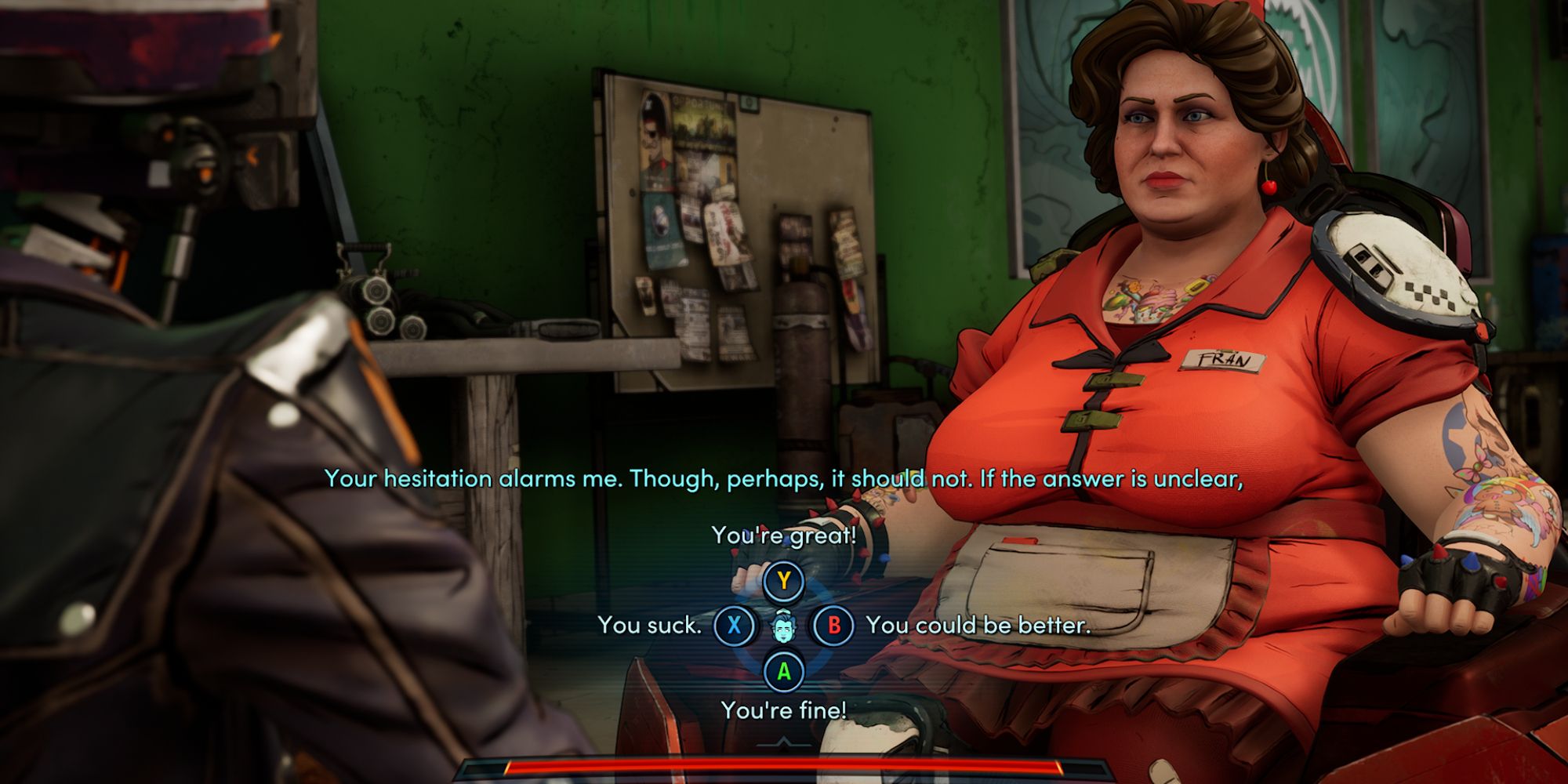 After walking out of the show triumphantly, LOU13 approaches you. He's having a crisis about his constant killing.

So, he asks Fran for advice. If you didn't kill Hank in the first episode, you can make him feel better and improve his friendship with Fran by saying to him, "you're fine." 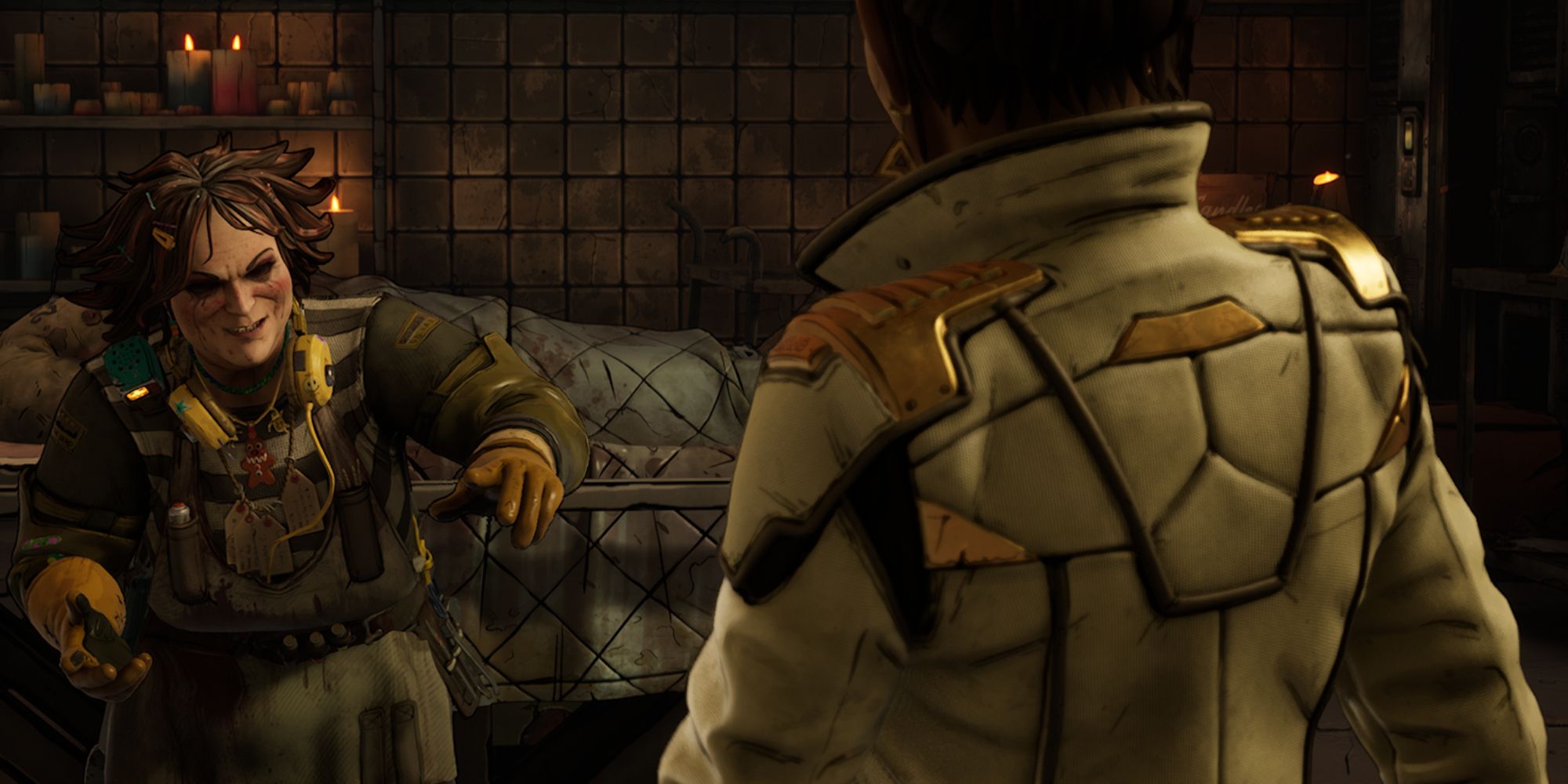 In the final scene of the episode, Anu makes a trip to the morgue in hopes of buying a corpse for testing. While there, you meet a strange woman and converse with her. In the convo, you get the chance to name your company. After that, you're put in control of Anu. 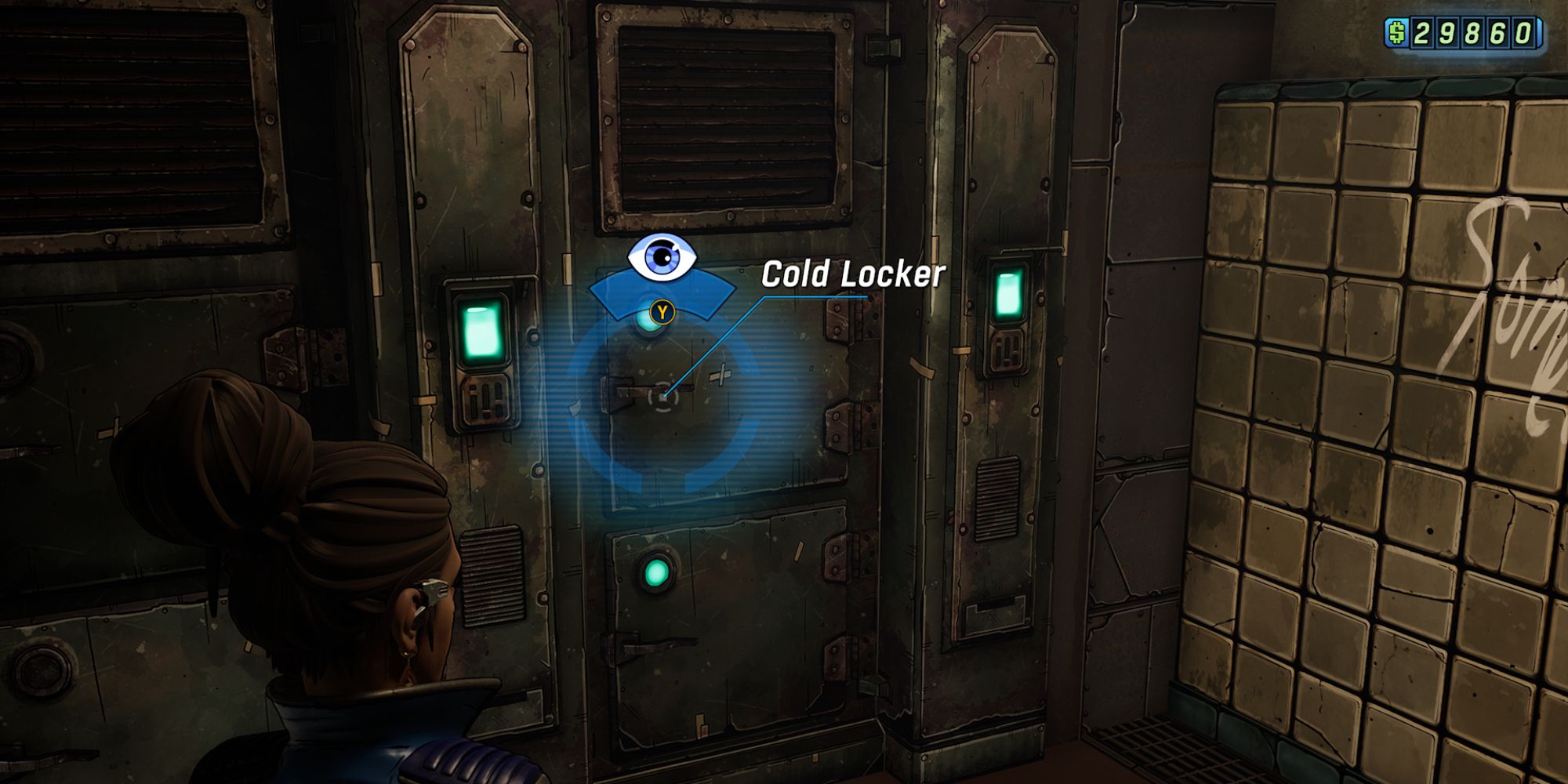 Your objective is to recapitate the corpse in the center of the room. Before doing that, though, you can acquire the next Vaultlander. To do that, go to the back corner of the room and inspect the cold locker that is there. 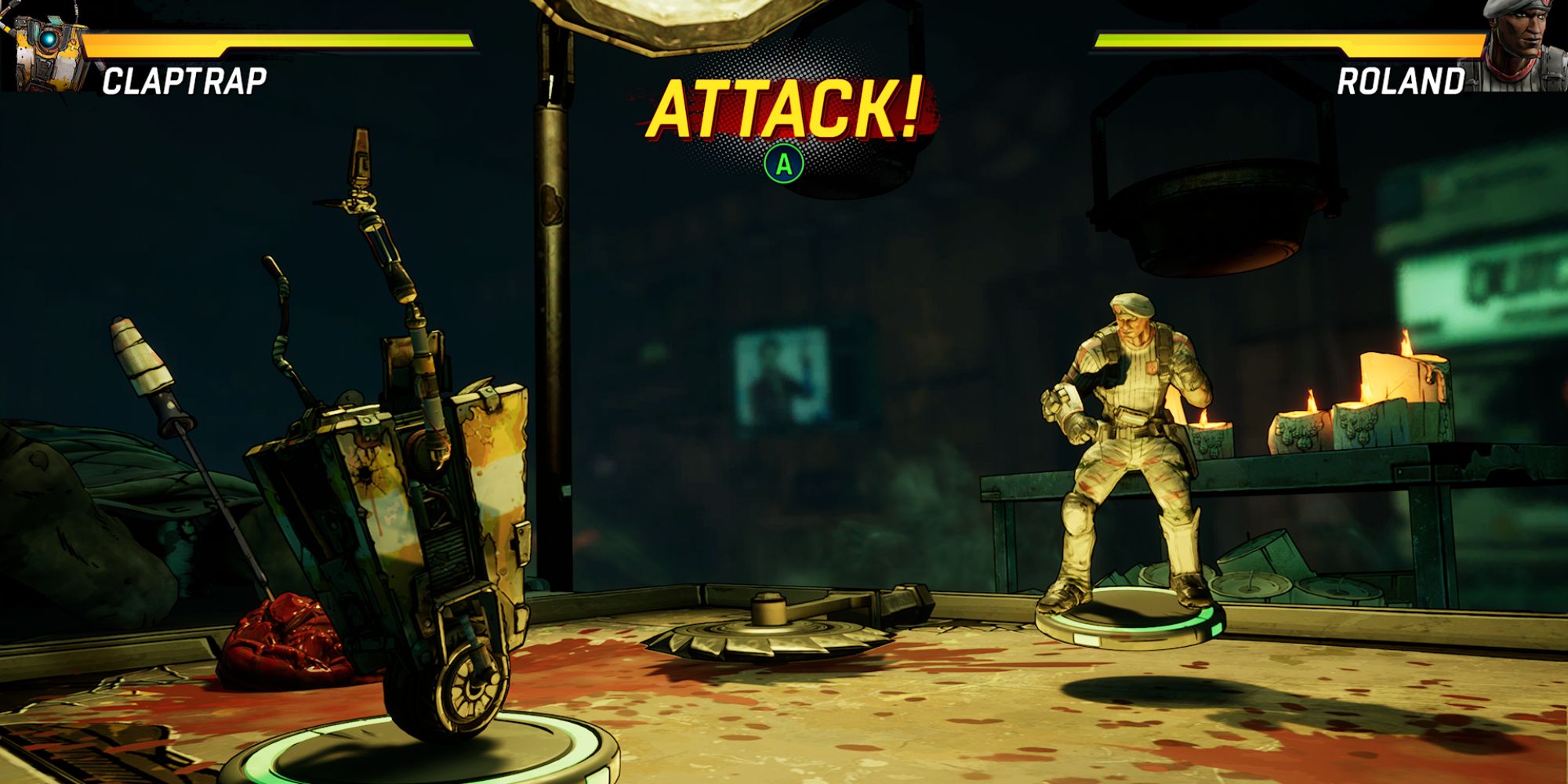 The Vautlander-loving guard is inside and wants another duel. Beat him to acquire his figure.

After you've done that and finished roaming around the room, you can focus on putting the head back on the corpse. 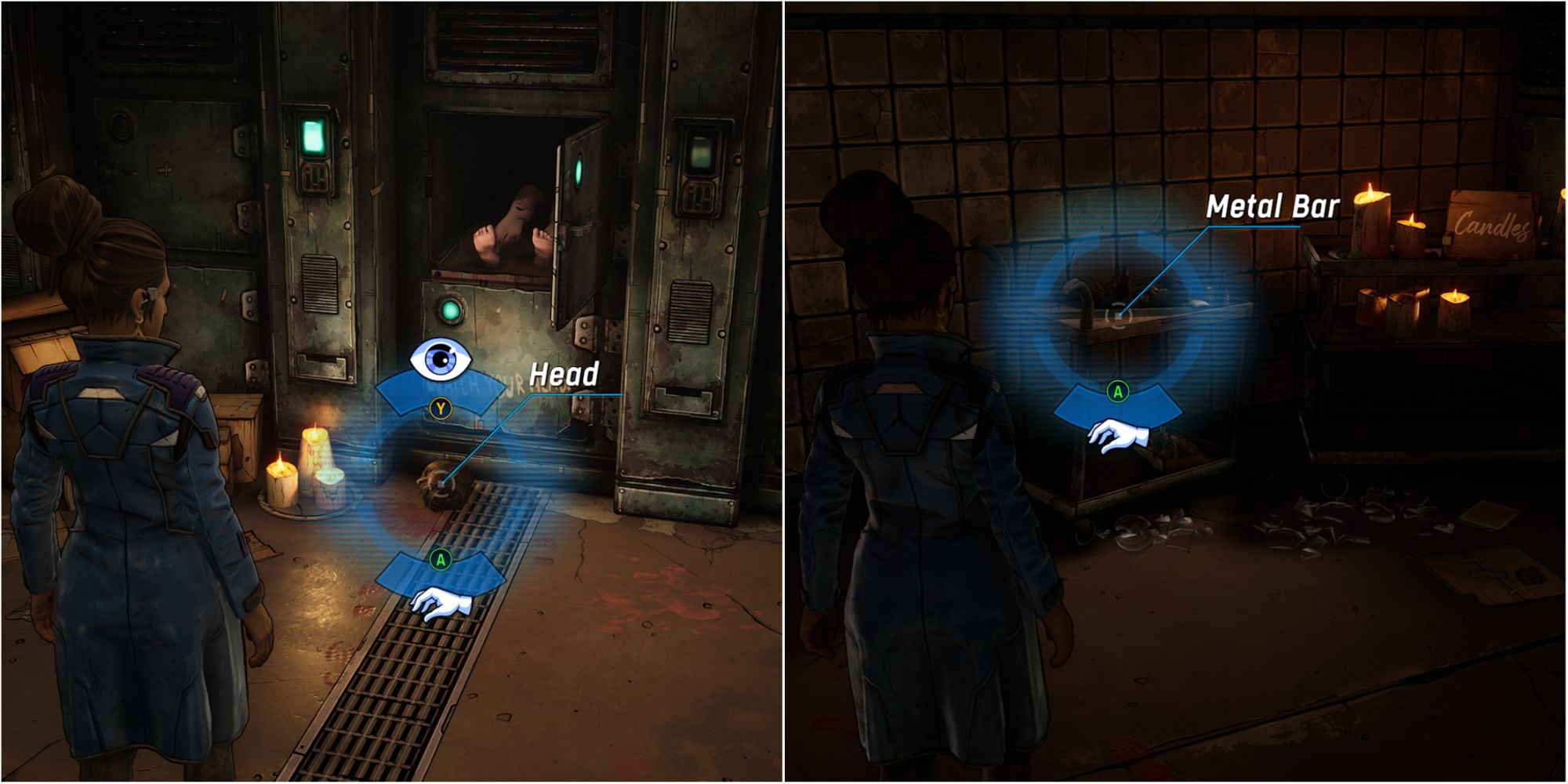 Start by picking up the head, then go over to the candles in the corner of the room and grab the metal bar next to them. 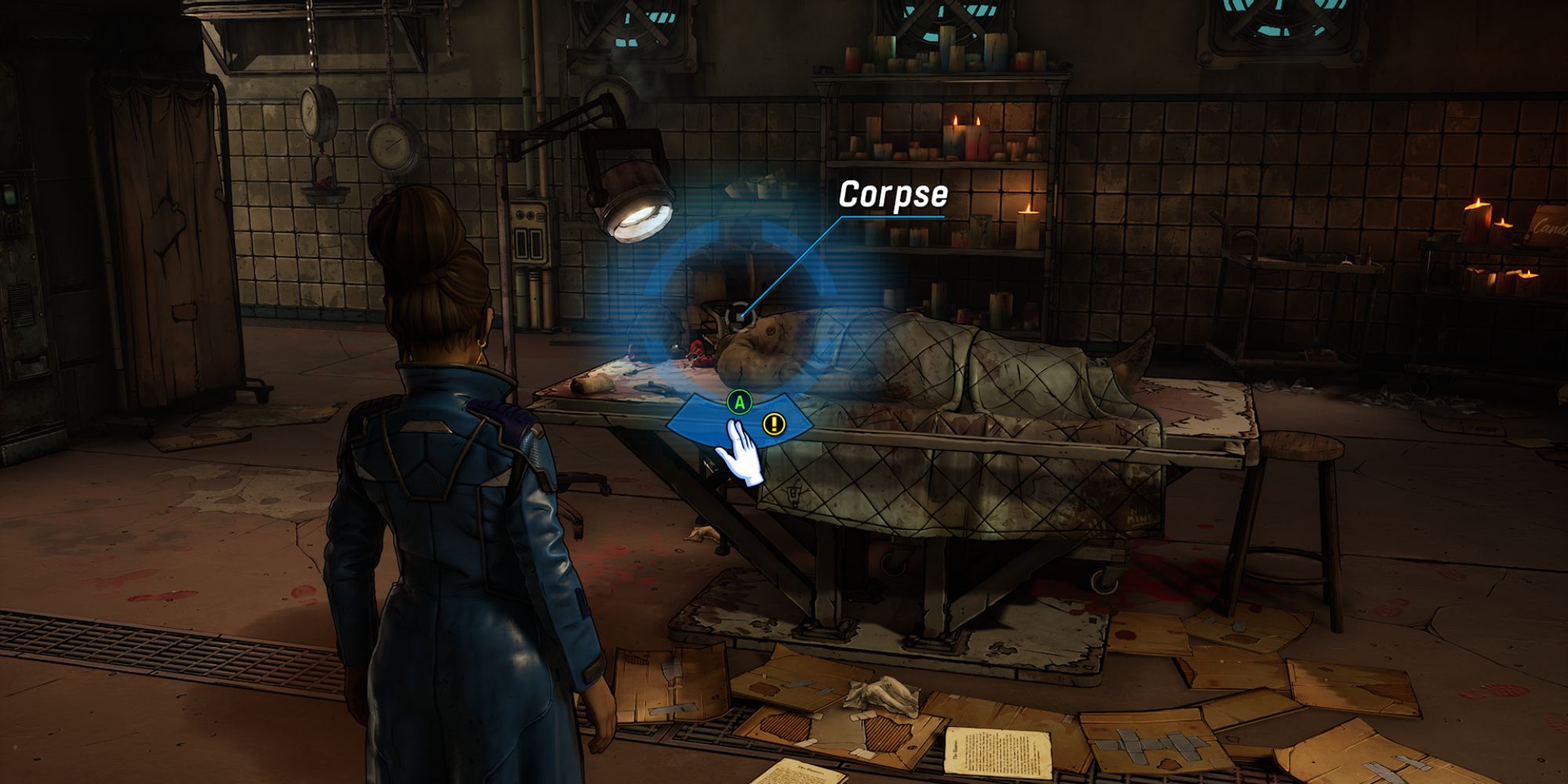 Interact with the corpse to jam the bar down the neck hole – you'll need to do a few button presses to achieve that. Now, do the exact same thing for the head to put it on the other side of the bar. 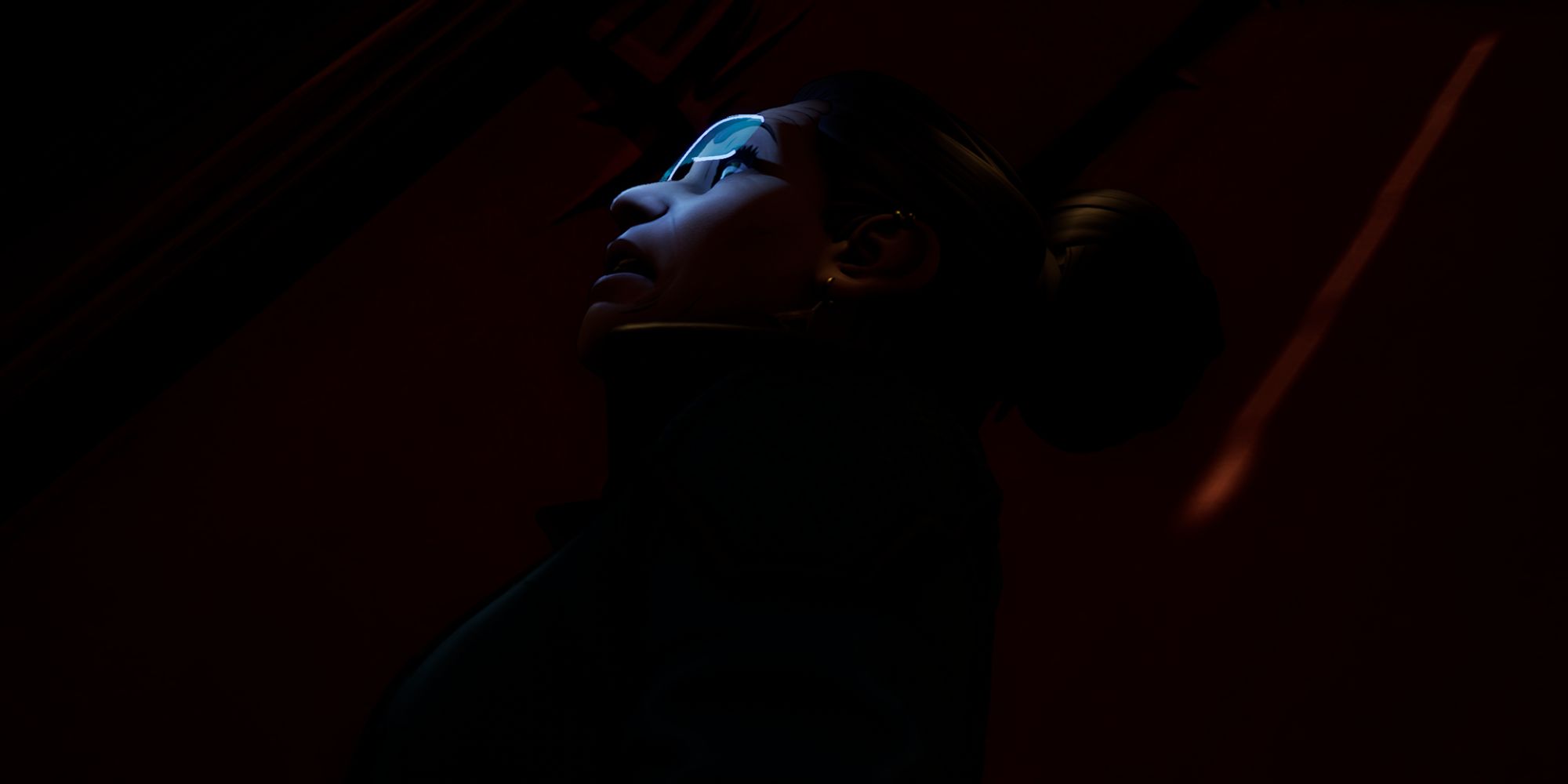 Once that horrific ordeal is over, the creepy woman returns and ends up locking Anu in a coffin. The last interactive moment of the episode is a QTE where you have to try and punch your way out. This is where episode three comes to a close.