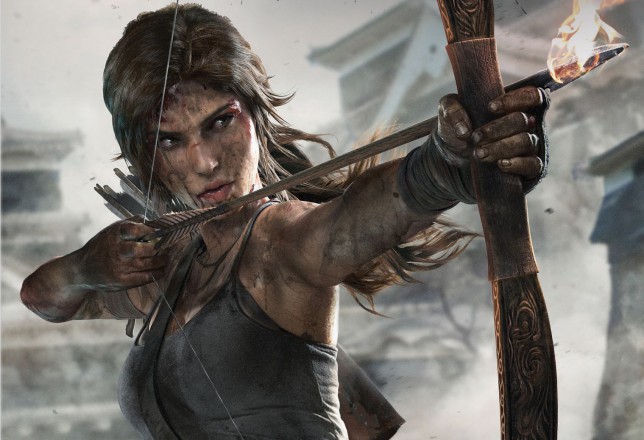 It sounds like the new game may end up being called Tomb Raiders, as a leak describes Lara Croft leading a team of adventurers.

The recent news that the rights to make new Tomb Raider films are up for grabs, just as Hollywood has gained a renewed interest in making video game movies, has only highlighted the fact that, officially speaking, we know next to nothing about the new game.

There’s certainly no clue as to when it’s out, except that it’s not soon, and the only real hint of what it’s like, is that it will ‘unify’ the timelines of the classic and reboot games.

It’s never really been clear what that means, given Tomb Raider lore has never been very dense, but the alleged leak of a test script for the game suggests that it will feature Lara at ‘the height of her powers’ and leading a whole team of Tomb Raiders.

Whether or not this means the game has multiplayer elements is unclear, since the description is more concerned with the story than the gameplay, but it’s difficult to read the details and not imagine it as a co-op game.

Apart from a couple of isometric spin-offs (the very good Lara Croft And The Guardian Of Light and its sequel) Tomb Raider has always been a resolutely single-player affair, but the leak implies that’s changing.

The leaked document obtained by Sacred Symbols is supposedly being used to cast voice actors and is a simple two scene script – not the plot of the entire thing.

It describes the game, codenamed Project Jawbreaker, as ‘an action adventure game set in a modern day world rocked by a mysterious cataclysm.’

The tone is described as ‘grounded but with fantastical elements’, which could also easily be used to describe the recent reboot trilogy.

The script is being used to cast the new Lara Croft, who is expected to be a woman in her mid-30s who is white, five foot six (implying they’ll do the motion capture as well), athletic, and ‘in the prototype of Emily Blunt or Rosamund Pike.’ They also have to be authentically British, which hopefully means no Americans doing an accent.

‘Lara Croft is now at the top of her game,’ reads the character description. ‘Gone are the days of the young, inexperienced women dealing with matters of legacy and familial reckoning. Lara has let go of her childhood and fully embraced the life of an adventurer on purpose.’

In other words, the game will move past the ‘Tomb Raider Begins’ shtick of the reboot trilogy and Lara will no longer have daddy issues.

The script then goes on to describe ‘a challenge she [Lara] can only overcome with a team at her side. Collaboration is foreign to her: she’s always succeeded alone, so in this situation she’s a fish out of water.’

In this timeline, Lara’s exploits are well known to the general public and this has apparently helped to recruit some of her teammates.

The two most prominent characters in the script, that aren’t Lara, are characters named Devendra and Tanvi, both of which are traditional Indian names, which could imply something about the setting of the game.

The script also describes Lara as having a romantic scene with another female character, which is a first for the series. Despite having been around as a character for so long, Lara’s love life has never been explored in any detail, so it’ll be interesting if the new game is the first to break that pattern.