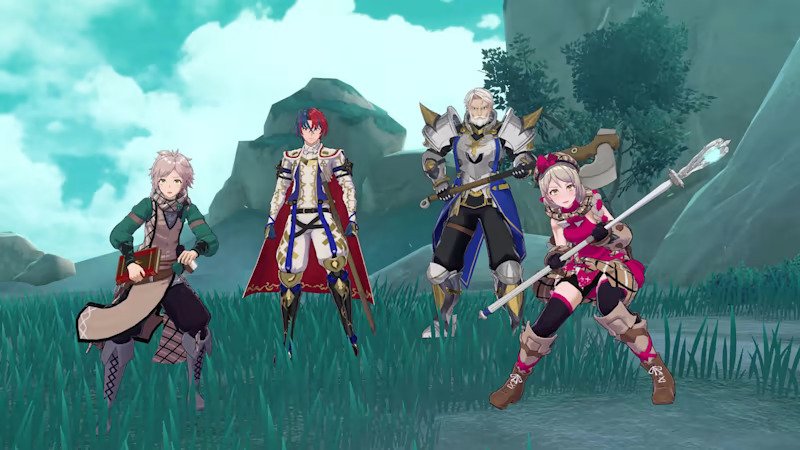 Nintendo has announced a new Fire Emblem game for early next year, featuring characters from throughout the series’ history.

Fire Emblem finally made it to the Switch in 2019, with Three Houses becoming the sixteenth instalment in the series so far. More importantly it was the most successful, which automatically guaranteed a sequel.

Now, Nintendo has announced Fire Emblem Engage and a release date of January 20, 2023 – which is a lot earlier than anyone imagined.

The new game is not a spin-off like Three Hopes, which despite being a Dynasty Warriors style game reused the setting from Three Houses. Engage looks to be something brand new, even though it’ll feature cameos from various games in the series.

The trailer shows only a few clips of gameplay but it seems to play in the same turn-based fashion as a traditional Fire Emblem title.

There’s only a very brief glimpse of an explorable 3D world, so it’s unclear to what degree the structure will resemble Three Houses and its monastery setting.

Fire Emblem Engage will take place on the continent of Elyos where a thousand years ago the evil Fell Dragon was sealed away.

However, as with every ‘great evil’ that has been sealed away for eternity, someone’s looking to set it free and it’s up to you to stop them.

You will be able to recruit the help of past Fire Emblem heroes, alongside a new cast of characters. Which seems to mean plenty of cameos from throughout the series’ 32 year history.

Summoning the help of past heroes, like Marth or Celica, will not be as easy as all that, as you’ll need to collect a number of rings to do so.

The January release date should make this the first major Switch release of 2023, with the new named Zelda: Tears of The Kingdom not due until May.

Fire Emblem Engage will be released for Nintendo Switch on November 20.