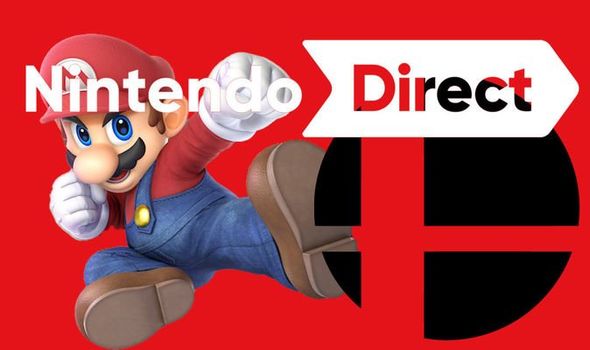 Nintendo could be about to drop the first full fat Direct since last September, and the latest Smash Bros news could show the highly anticipated stream is happening soon. The rumour mill is abuzz with claims that the House of Mario could be about to broadcast a Direct stream for July 2020, with evidence mounting up. It had been thought that the next Nintendo Direct – which would have been the one intended for around E3 time this year – could be as far away as the end summer.

That came as a bitter blow to Nintendo fans as gamers are expecting a huge blowout of reveals for unannounced games in the next Direct.

The Switch’s release schedule for the remainder of this year is looking extremely bare, with fans seeing this as a sign that Nintendo has plenty up its sleeve.

Fans are eager for news, and they’ve been delivered a boost as the rumour mill has started to claim the next Nintendo Direct could be happening sooner than previously thought.

Chatter surrounding a July 2020 Direct began at the beginning of this month thanks to reliable insider Kelios.

Kelios had correctly predicted the timings for the March Direct Mini, and said a July Direct was inbound when responding to a post on Twitter from journalist Jeff Grubb.

Kelios later went on to add that the next Nintendo Direct could be happening on Monday July 20.

If that’s the case then we may get official confirmation of the date and start time for the next Nintendo Direct this Friday.

And since then there has been mounting evidence that a July 2020 Nintendo Direct will be happening.

This type of thing has happened in the past just before a new Direct was aired, with fans seeing this as a sign of another broadcast being inbound.

And now there’s even more proof that a Nintendo Direct for July 2020 could be on the cards.

As reported on in a post by GameRant, the Super Smash Bros Ultimate website has recently been updated. 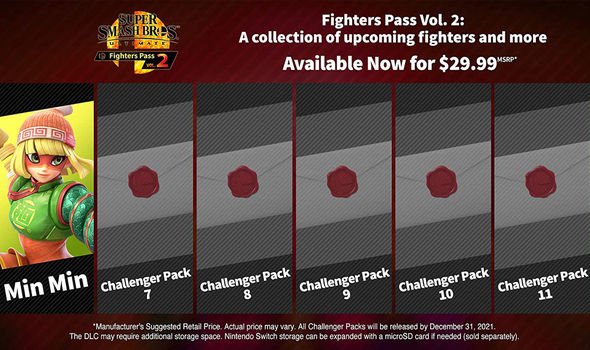 The fighters tab has mysteriously disappeared all of a sudden from the site, which typically is a sign a new character announcement is inbound.

These announcements tend to happen during a Nintendo Direct, so this website activity could be a further sign a new Direct is inbound.

This news had previously been highlighted by Twitter user @shadowedgy who posted: “The new tab has mysteriously been removed from the smash website.

“Keep in mind I believe Byleth’s was there up until Min Min was revealed. Fighter number 7 being revealed soon hmmm”.

It remains to be seen who could be revealed as the next DLC character for Super Smash Bros Ultimate Fighters Pass 2.

Crash Bandicoot, Devil May Cry’s Dante, Sora from Kingdom Hearts, Ryo Hayabusa from Ninja Garden and – of course – Waluigi are among the rumoured or demanded fighters.

Fighters Pass 2 will include six DLC characters in total and will be the final season pass for Super Smash Bros Ultimate.

It remains to be seen what the other announcements – besides the SSBU reveal – could be in the next Direct.

A Super Mario All Stars-style collection featuring remasters of classic 3D Mario titles is rumoured to be one of the major reveals.

The next Direct may also feature updates on games that have already been announced that we haven’t heard of for awhile.

Titles that spring to mind which feature in this category are The Legend of Zelda Breath of the Wild 2, Metroid Prime 4, Bayonetta 3 and Shin Megami Tensei V.

A new Mario Kart title is also rumoured to be in the works while surely at some point we’ll also hear about Pikmin 4?