I write a lot about Nintendo, Xbox, and Sony in this job, and I have always considered Nintendo to be a very separate thing. The Switch is out of step in terms of console life-cycles to the Xbox Series X and the PS5, and while Xbox and Sony buy up studios, trade blows with exclusives, and have the power to host the biggest cross-platform hits like Elden Ring, Nintendo is a cute little Mario machine that is used as a secondary console for all but the most casual players. The massive and consistent sales of the Switch highlight Nintendo's success in opting for a different approach to the console war, but there is a very Xbox/Sony trend that has been creeping up on us with Nintendo for a while, and I'm not sure it makes its games any better. I'm talking about online play.

I am a little biased in this regard. I don't play a lot of online games and single-player experiences remain my preference even as my peers sink hundreds of hours into Final Fantasy 14, Fortnite, or Warzone. Even with FIFA, I mostly play standard online matches or Career Mode over the ever-popular Ultimate Team. I never require a multiplayer component to hook me in. But even leaving that aside, it feels like Nintendo is heading too far away from the casual player base that make up the bulk of its audience.

There are some games where Nintendo's online component is fine. I mean, the connection is never brilliant, it always seems to have three steps too many, and adding friends is unnecessarily complicated at times, but other than that, it's fine. Smash, for example, is played entirely online by some people, but it has a meaty offline campaign that takes you through a whole array of challenges. Animal Crossing: New Horizons has some online features, and more were added post-launch, but the bulk of the game is a solitary experience. Splatoon, on the other hand, is an online game through and through so there can be no major objections there, and even then it does have a solo campaign for players to enjoy. 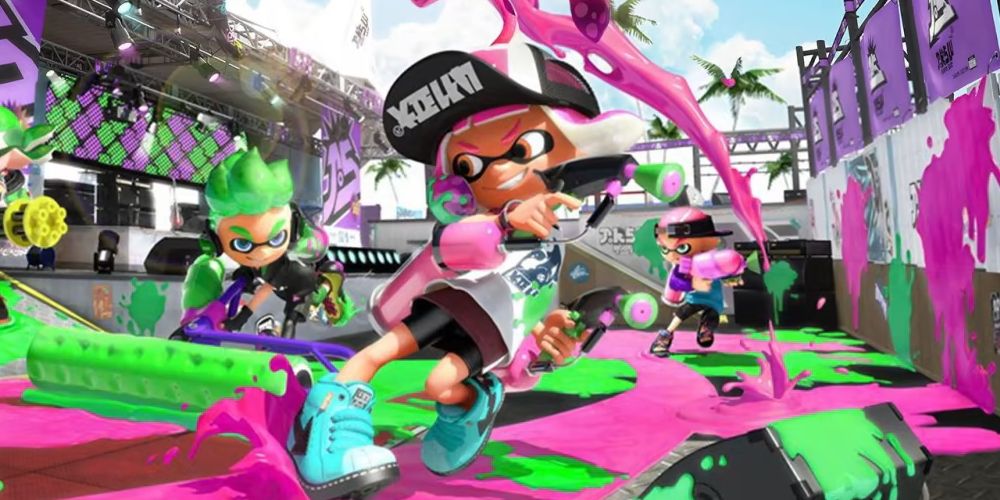 In other games though, it is becoming increasingly awkwardly wedged in there. This article has been prompted by the latest trailer for Mario Strikers: Battle League, which is one of my most anticipated games yet to launch this year. I love Mario sports titles and football is my favourite sport of all, so yeah, gimme gimme gimme. I can even get over the lack of Daisy. Maybe. The problem with the trailer, along with the sparse roster of just ten characters, is that it places a huge emphasis on playing online. As a sports game, that's not too unusual, but you'd hope there would be a lot of offline modes to pick from too. Right now, I'm nervous.

Admittedly, I am enjoying playing Switch Sports online, but offline there is zero progression to the point where I actively resent how barren the game is. With online progression also still in need of work, Switch Sports feels like a missed opportunity to live up to the golden days of Wii Sports. Even Big Brain Academy, a game all about improving your own brain by stretching it with various exercises, put a huge focus on an online mode. This did mean I could prove I am the smartest games journalist alive during the review period, but it still feels a little unnecessary.

It probably doesn't signal a major shift in Nintendo's intentions, but it does feel like Nintendo is embracing the current trends of gaming a little more with these titles, but it’s coming at the cost of the family-oriented, casual fun these games used to represent. It's a shame that if not for the (admittedly impressive) online modes in Switch Sports, there probably would have been time in the development cycle to add the gyms and minigames from Wii Sports. It's a shame something that could have been enjoyed by everyone has been lost in favour of an online mode some of the game's core audience won't use.