The news comes from an official post by Nintendo that was graciously translated from Japanese by RPG Site. This highlights the various combat roles in the game and some of the new additions to the battle system that was first featured in Xenoblade Chronicles 2.

“As in other Xenoblade Chronicles games, the vast field is inhabited by a wide variety of creatures from easily defeated organisms to huge enemies that are very hard to defeat in the early stages of the adventure,” Nintendo describes. “It is up to the player to choose to either fight or run away from the stronger opponents. Even If the monster is a little bit higher-ranked, feel free to challenge it.”

There will be three separate combat roles in Xenoblade Chronicles 3. These consist of Attacker, Defender and Healer, each one of which has different strengths and weaknesses.

Attachers are “able to inflict heavy damage from the flanks and rear of the enemy. They are crucial to the party, but they can also be easily targeted by the enemy.” Defenders on the other hand “are good at both guarding and evading. They attract the Aggro of enemies to prevent their friends from being targeted.” The weaknesses of both combat roles are covered by Healers who “can recover Hit Points, support allies' offenses and defenses and revive comrades who become incapacitated in battle.” Nintendo explains that “without a Healer, your friends' Hit Points will deplete steadily as they are attacked by enemies, so this is a very important role, especially when fighting strong enemies.”

Nintendo describes how to use the Target Line by noting that “enemies will tend to target Attackers and Healers more often and these will be marked with red lines.” The company goes on to say that players “will want to use Defenders to be targeted by the enemies to soak up damage at their target lines.”

Similar to previous games in the Xenoblade Chronicles franchise, healers will have limited range, meaning that “if the Hit Points of an Attacker begin to dwindle, they can recover by moving within the circle. Healers are also the only characters who can revive downed allies by pressing and holding ‘A’ near them, so the player will have to make sure that the Healer doesn't get downed first.” 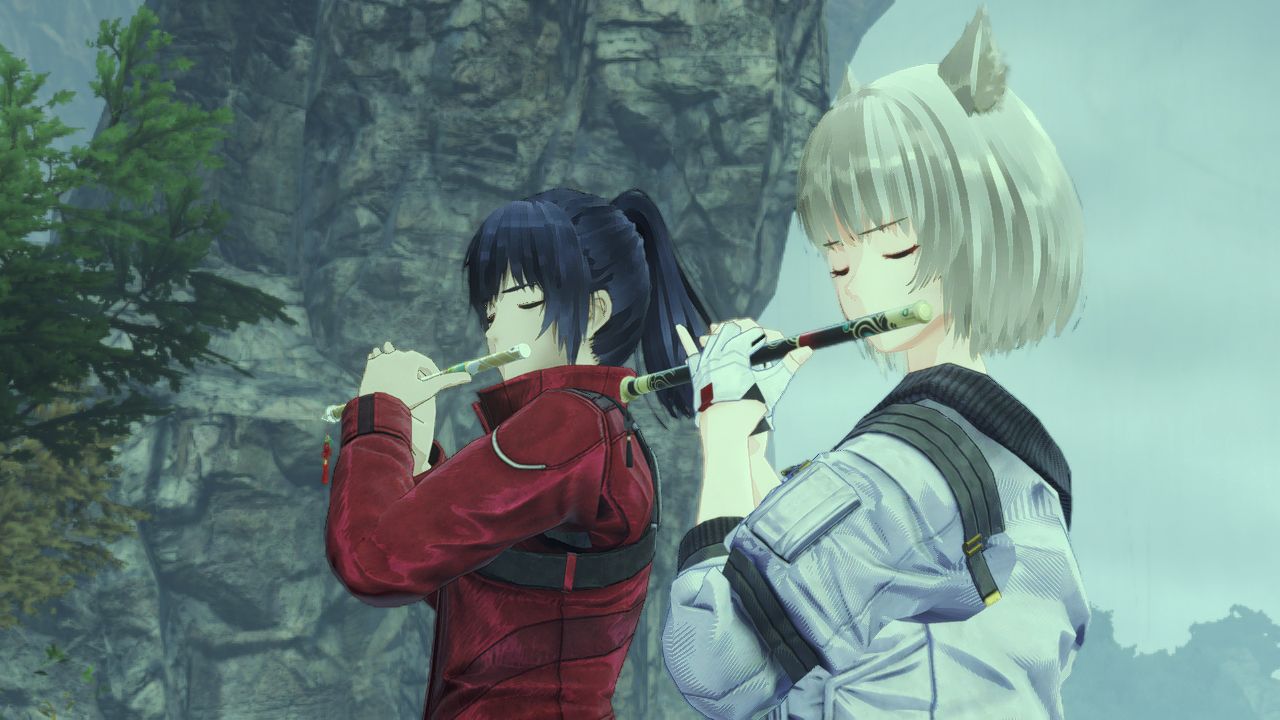 Xenoblade Chronicles 3 will require players to keep their formations flexible. “Attackers can do the most damage from the sides and rear of the enemy. If the enemy is targeting the Attacker, the Defender must stay close to take attacks and the Healer must stay ready to heal allies. But if the enemy targets the Defender, the Attacker can more leisurely attack the enemy from the sides and rear. Depending on the situation, pay attention to the position of allies in the three roles and attack while keeping track of everyone's Hit Points.”

Some of the characters in the game will feature an ability known as Quick Move. These will be able to “move quickly while sheathing their Blade after an attack.” Nintendo goes on to say that players “will find this especially useful to get Attackers into a suitable attacking position.”

Nintendo finally notes that players can “switch between the 6 playable characters (Noah, Lanz, Eunie, Mio, Taion and Sena) at any time, while on the move or in battle. No matter which character you are controlling, the other party members will act on their own.”

This comes in the wake of news that Xenoblade Chronicles 3 will be featuring "deep cleavage" and "partially exposed breasts," according to a recently released statement by the Entertainment Software Rating Board. “This is a role-playing game in which players follow fighters through a conflict between two nations,” the group remarks. “From a third-person perspective, players complete quests and engage in melee battle against enemies (e.g. animals, creatures, human boss characters). Combat is highlighted by impact sounds, explosions, and cries of pain. Cutscenes depict further instances of violence: characters impaled by sword, a character shooting herself off screen, a man stabbing himself off screen. A handful of scenes depict blood (e.g. droplets falling from a wounded character, drips of blood on a character's face).”