A staple of gaming is the common task of having to fight and defeat beings many times larger than the main character. Thankfully, titles like Nioh 2 give you plenty of abilities and strength to fight back in both the mortal and spiritual realms.

Unfortunately, the spirit realm operates by different rules, and the Yokai that live there possess an extraordinary amount of power. Still, it's up to you and any allies you can muster to go on a quest and eliminate the evil forces that lie beyond the realm. They can take many shapes, including the mysterious and haunting form of Lady Osakabe. This complex Yokai will take more than skill to kill.

Who Is Lady Osakabe? 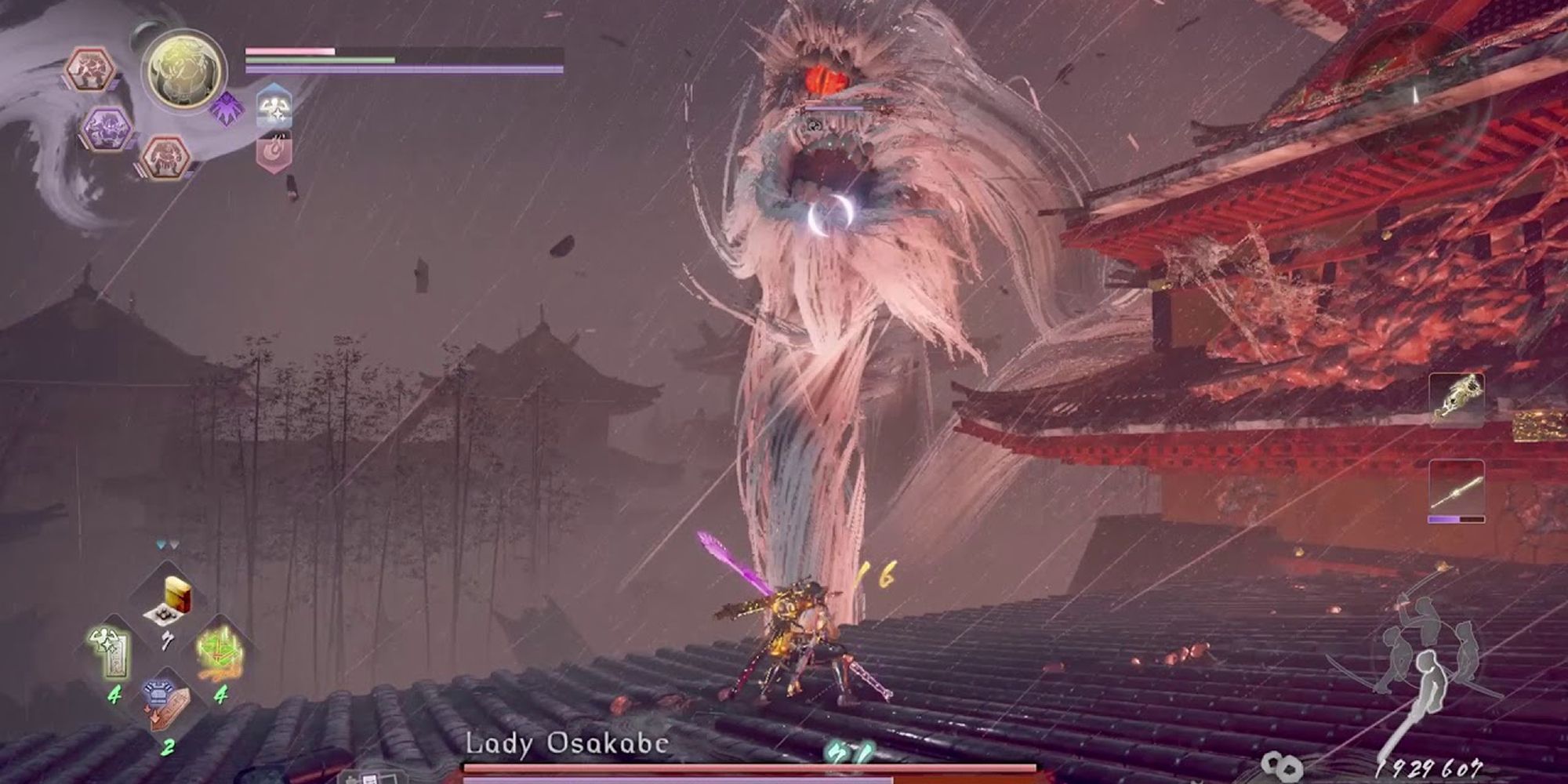 Despite what the name would have you believe, Lady Osakabe does not appear as a humanoid female. She doesn't appear in any human form at all and is most commonly recognized by her presence as a large castle. This Yokai has grown in such power that it has been able to possess and use an entire structure to fight you.

It is also able to manifest various appendages and body parts in order to interact and attack. Lady Osakabe is a key enemy that can be found by undertaking a Main Mission called the Golden Castle. This objective recommends that you at least be level 105 before you challenge it.

How To Beat Lady Osakabe 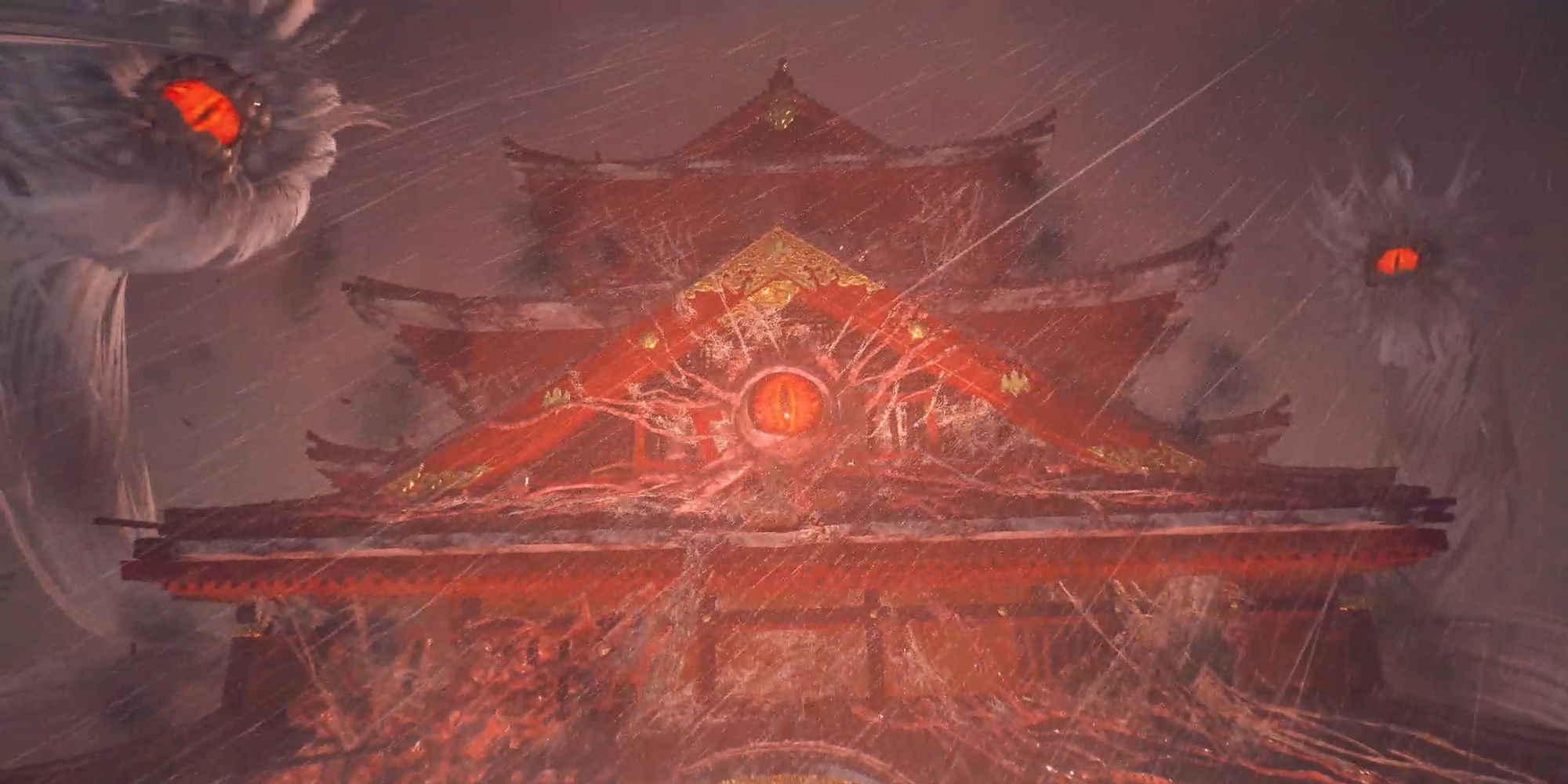 Being a building-sized entity has granted Lady Osakabe much resistance to Water, Corruption, Fire, Poison, Paralysis, and Lightning damage. Thankfully, she possesses no known immunities and has a primary weakness to Purity attacks.

What makes this boss difficult is that she isn't fought traditionally. Rather than having a central form that you need to target, you instead need to hunt down and take out her various body parts to defeat her. By destroying her limbs, you'll weaken her enough to cause her head to become vulnerable. This acts as her main weak point, so lay into it whenever you get the chance. You'll need to concentrate on one limb at a time in order to kill it, but be wary that the other limbs will attack you while you do. 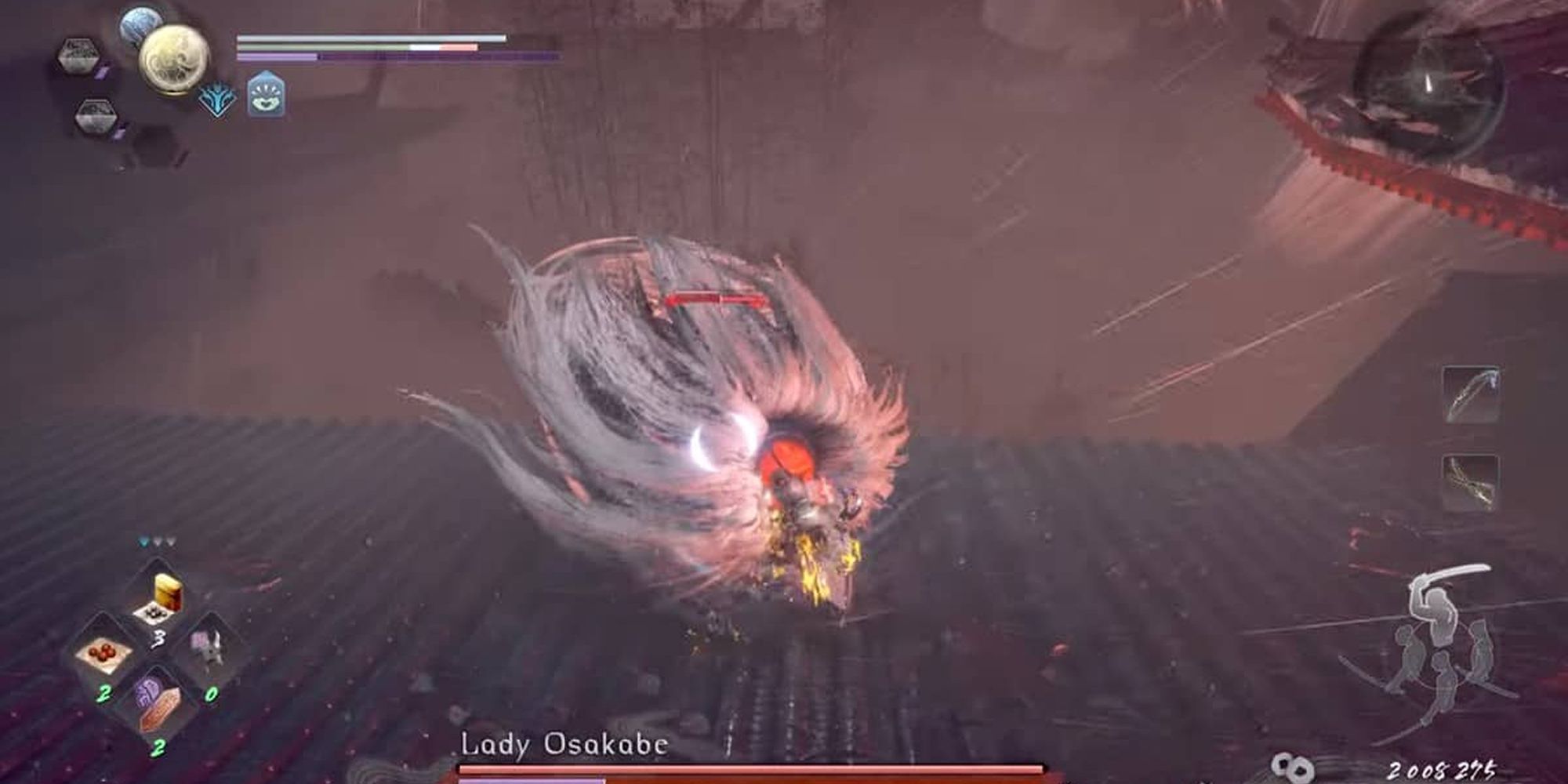 Lady Osakabe's limbs can attack with either physical strikes or Ki. The Ki attacks appear as elemental balls that will shoot toward you. They don't hone in, so as long as you spot them, you can dodge them quite easily. Also note that once a limb has used enough Ki, it will collapse and become vulnerable to a flurry of strikes. Since you'll need to stay close to the limbs in order to hit them, you'll be able to block their physical strikes if you stay vigilant.

Although the head serves as the weak point, it's also capable of launching various attacks as it surveys the arena. These attacks are wild with no distinct pattern, so it's best to keep away from the head unless it's prone to attack.

To best prepare yourself for the fight, make sure you boost your damage reduction to Elemental and Projectile attacks.