Though the spirit and mortal worlds are frequently depicted as being separate and located on their own planes of existence, there are many stories that have them clashing. The journey of Nioh 2 has you and any warriors you join going on missions to destroy any sources of evil, be they mortal or spirit.

Though you'll fight both human and Yokai enemies, it's not uncommon for these beings to combine forces to pose a much more dangerous threat. An example would be the boss enemy Minamoto No Yoshitsune, a human-yokai hybrid that you'll encounter in both forms and be tasked with eliminating.

Who Is Minamoto No Yoshitsune? 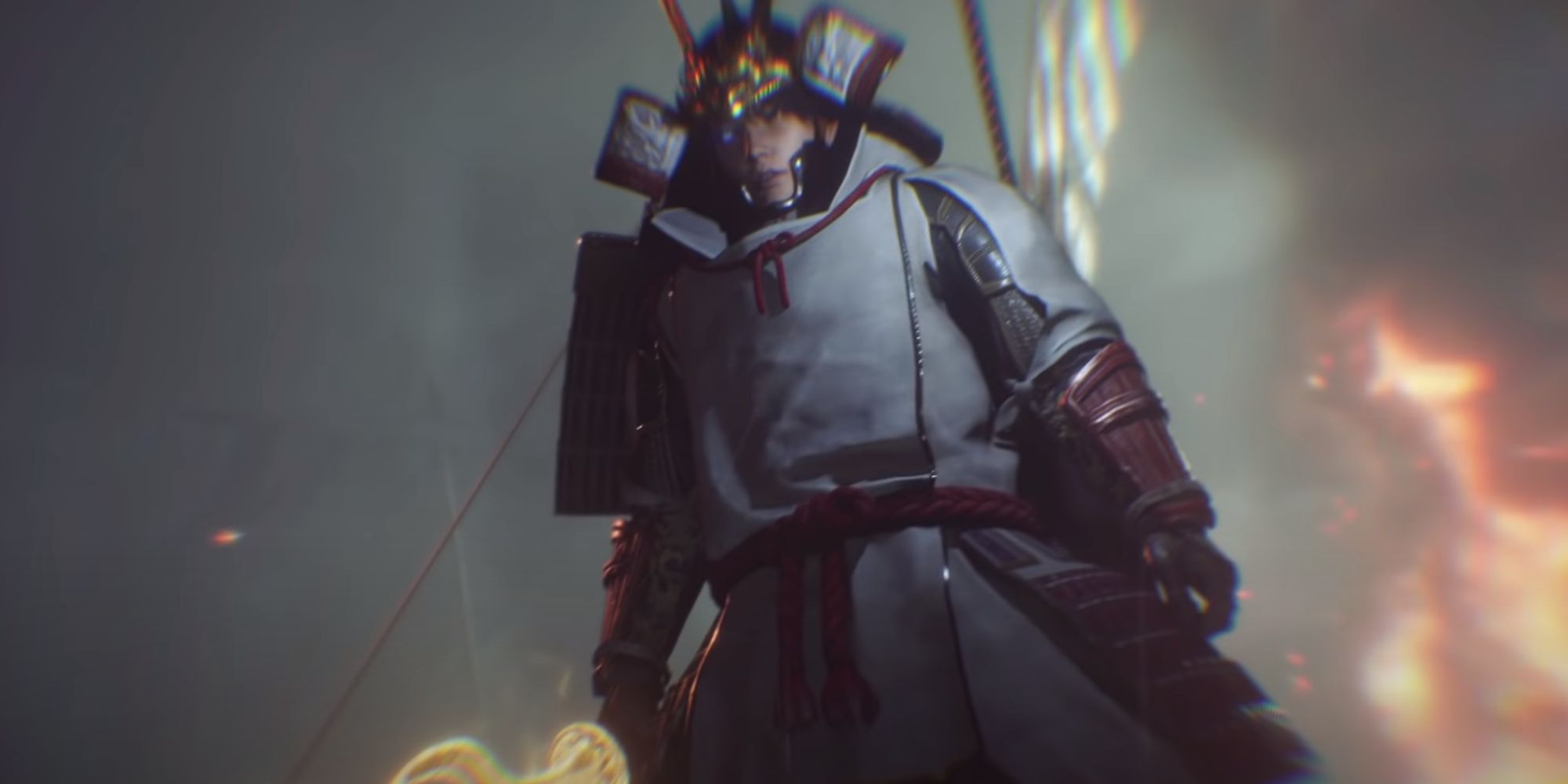 The game's lore describes this being as a skilled swordsman and military leader. Being a part of the main story, he joined the army in order to fight against the Taira clan. While on your own campaign, you'll run into Yoshitsune multiple times and team up with him to battle mutual enemies.

Unfortunately, you two will eventually come across and horrifying and upsetting sight that changes Yoshitsune to the core. It causes him to transform into an Aratama, a Yokai known as a savage spirit. In this state, he'll be beyond reason, and you'll have no choice but to defend yourself. Yoshitsune can be fought in the Main Mission of Eternal Rivals and the Sub Mission of Bond Of The Blade. It's recommended that you be at levels 124 and 129, respectively.

How To Beat Minamoto No Yoshitsune 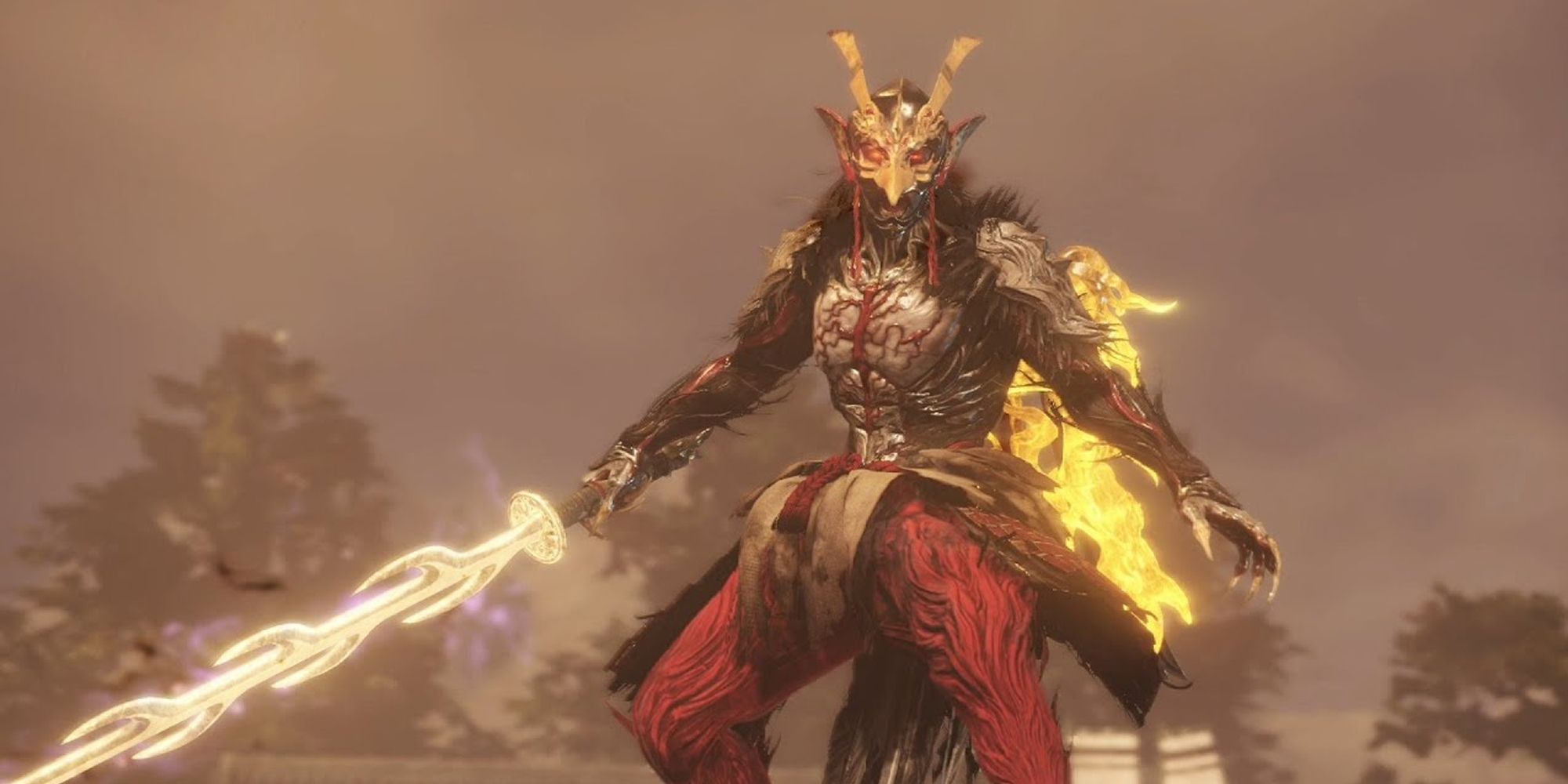 Yoshitsune is a highly-trained swordsman with Yokai powers, so he will not be easy to defeat. His altered form gives him resistance to Paralysis, Lightning, Fire, Water, and Poison damage. He also possesses immunities to being Saturated, Scorched, and Shocked.

For effective attacks, have a good source of Purity and Corruption options.

Whether in his standard or Dark Realm form, a majority of Yoshitsune's attacks are melee focused and indicated by him raising or drawing his sword. This makes him dangerous as he can hit you quickly and hard if you're not careful. As such, it's not worth the risk to try and block his attacks so concentrate on dodging. Watch what direction he's aiming his strikes and then either dodge through his swords or away from his path. 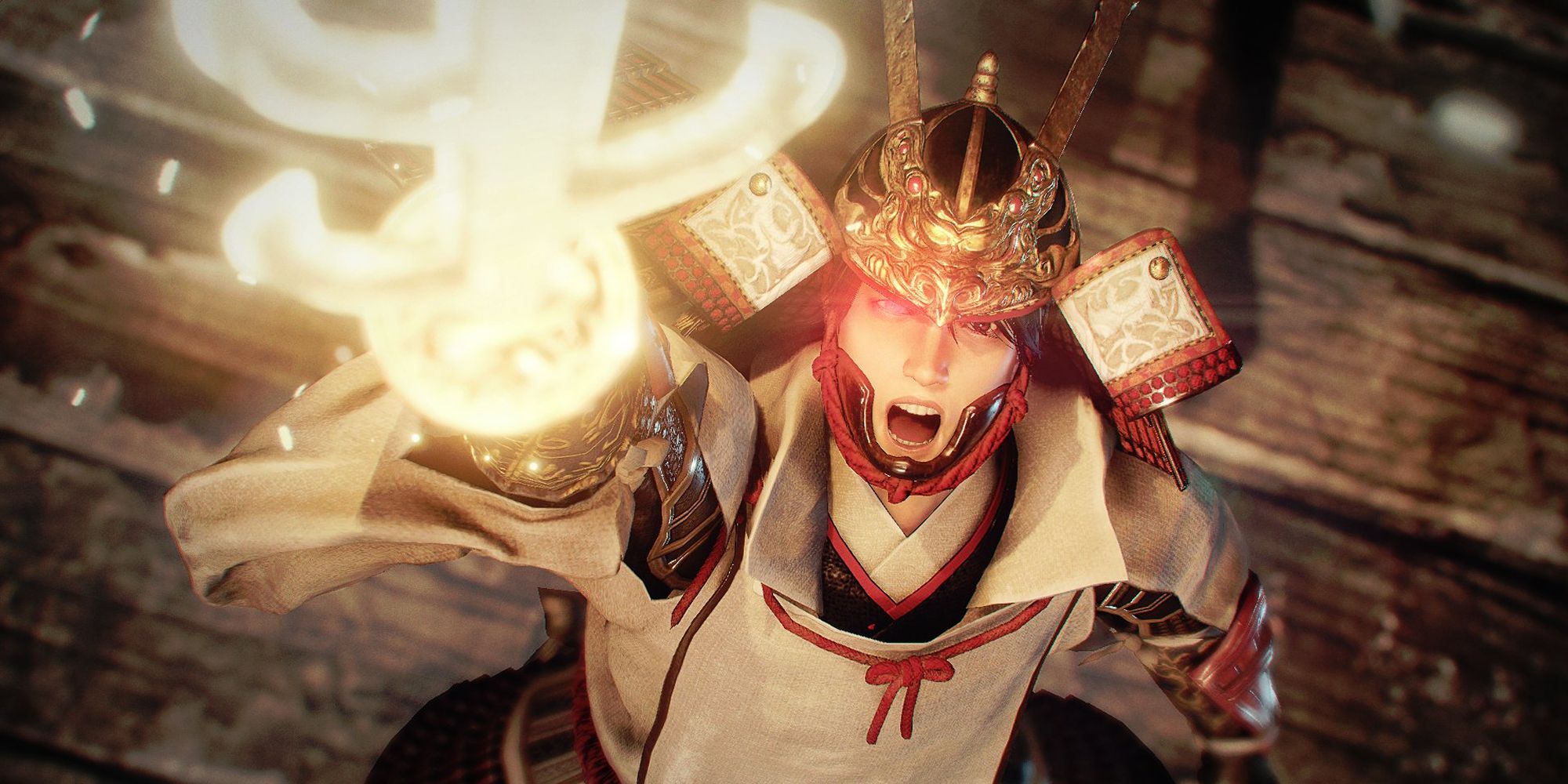 Having Yokai powers, Yoshitsune has a variety of Ki attacks he can use that result in sword-like projectiles. Depending on whether you are close or far, he will summon these swords to circle around him, or he will shoot them directly at you. Though you can go around these attacks by simply staying on the run, you can also take advantage of them. By giving yourself the Gale status or using the Whirling Blade skill, you can reflect these swords right back at him. Not only does this protect you, but it allows you to deal some solid Ki damage against him.

As long as you stay nimble and remain to his sides and behind, you'll be able to take him down.

Two things to be wary of are his Perched state and Grapple attack. When Yoshitsune perches, he uses a lot of projectile attacks but will be far more vulnerable to Ki damage, so you can deplete his key gauge quickly. On the ground, he'll prepare to use his Grapple attack by standing on his hands and trying to kick you. It can deal near-fatal damage if it hits you, so keep your distance to avoid it.