This article contains spoilers for Obi-Wan Kenobi and Doctor Strange in the Multiverse of Madness.

As Obi-Wan Kenobi's finale neared its conclusion, Joel Edgerton's Owen Lars invited Ewan McGreggor's titular character to come meet the child who it was his mission, in exile, to watch from afar. Obi-Wan approaches Luke and the young Skywalker's face is eager, and expectant, like for some reason, he can tell that he is about to witness a big moment. Obi-Wan walks over, pauses, and with a wry smile practically aimed at the camera says, "Hello there." The camera holds on Obi-Wan for a beat, as if for an applause break. Luke, the person Obi-Wan is ostensibly sharing this scene with, does not get a chance to respond.

In scripting this scene, writers Joby Harold, Andrew Stanton, and Hossein Amini are working firmly in meta territory, taking a moment from Revenge of the Sith which became a meme among Star Wars fans, and folding it — freighted with 17 years of assigned meaning — back into the context of the canonical work itself. The moment isn't especially important in Revenge of the Sith, except, perhaps, as characterization. Obi-Wan is skilled and assured enough that he can jump into battle with the four-armed, four-lightsaber-wielding General Grievous, and greet the legendary android with cool confidence. Fans latch onto small things all the time. This was one of those things.

There's no reason, though, for Obi-Wan Kenobi to be similarly attached to a turn of phrase he used once 10 years before. This moment is entirely for the benefit of Star Wars fans. Whereas the original moment served as a small bit of characterization for Obi-Wan, this only serves as characterization of the show and the diehard Star Wars fans running it. "See," they seem to be saying, "We know the meme, too."

Star Wars: The Last Jedi was met with critical acclaim and massive box office success — to the tune of more than a billion dollars worldwide — when it was released in 2017. But in the years since, Disney has capitulated to the demands of a loud contingent of fans who were Mad Online about the movie's handling of its source material. The result was the cowardly and confused sequel The Rise of Skywalker, which reversed The Last Jedi's most daring story choices, sidelined Rose Tico, the character played by Kelly Marie Tran – a Vietnamese American actress who was the subject to virulent racist, sexist harassment online – and, when tasked with figuring out how to end the series, shrugged and offered, "Somehow Palpatine returned." Oscar Isaac didn't deliver that line as a question, but maybe he should have. 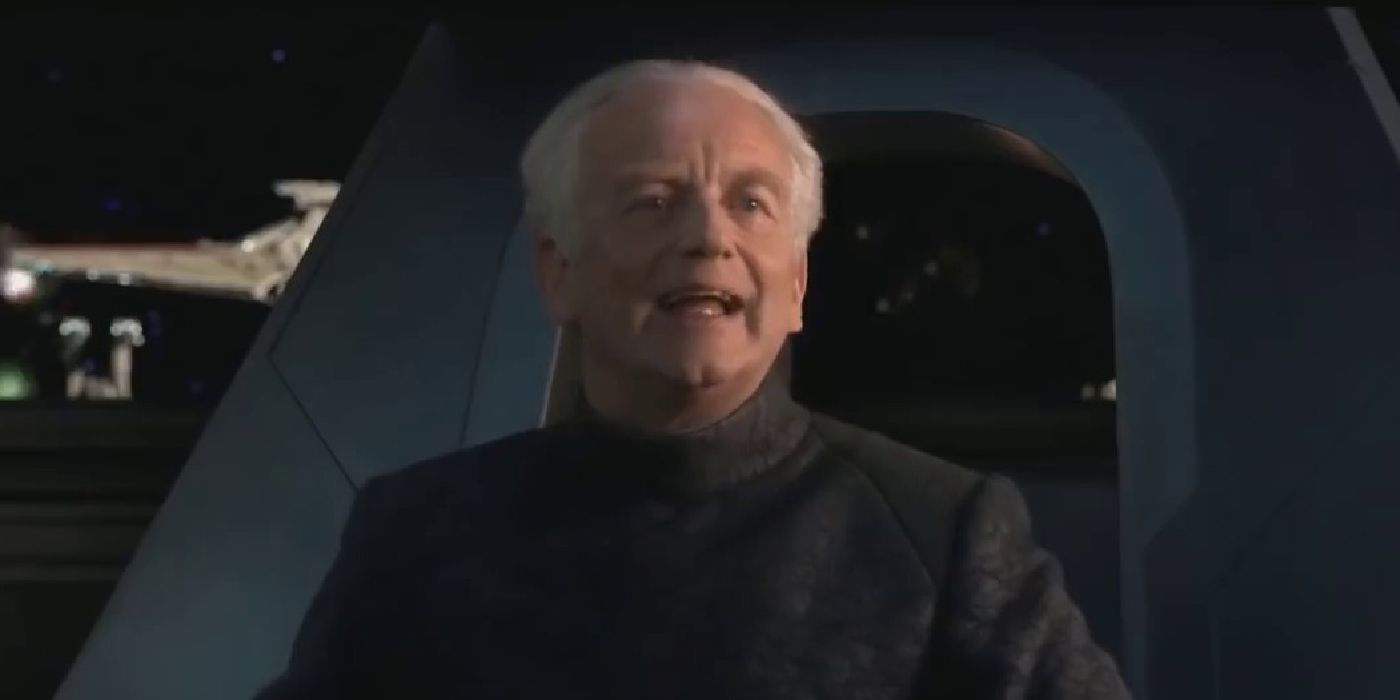 Love it or hate it, The Last Jedi was about something, about characters questioning if everything they were taught was wrong, if their legacy was failure, if the Force — largely confined to important people, and specifically, one important family — was universal enough that it could work through people who came from nothing. The Rise of Skywalker and the dire finale of The Mandalorian's second season — which saw the return of a deaged and deep faked Mark Hamill as Luke Skywalker — offer a resounding no to that last question. Important people are important and Star Wars isn't about anything. It's about Star Wars.

In a media landscape largely dominated by one corporation and the massive franchises it wields like blunt weapons, there is increasingly little room for new voices or ideas. Barry Jenkins, the Oscar-winning director behind Moonlight, is attached to a live-action The Lion King sequel. Chloe Zhao, the Oscar-winning director behind Nomadland, followed her indie drama up with Eternals. Outside of Disney, Academy Award nominee Greta Gerwig is making a movie about Barbie (which admittedly looks rad). To get a sizable budget in the modern Hollywood system is to agree to work with superheroes, toys, or other corporate IP. As a result (and I'm far from the first person to note this), creatives who love Star Wars don't go on to produce original work inspired by Star Wars, they just make more Star Wars, turning it into a franchise that looks like nothing so much as a snake eating its own tail. 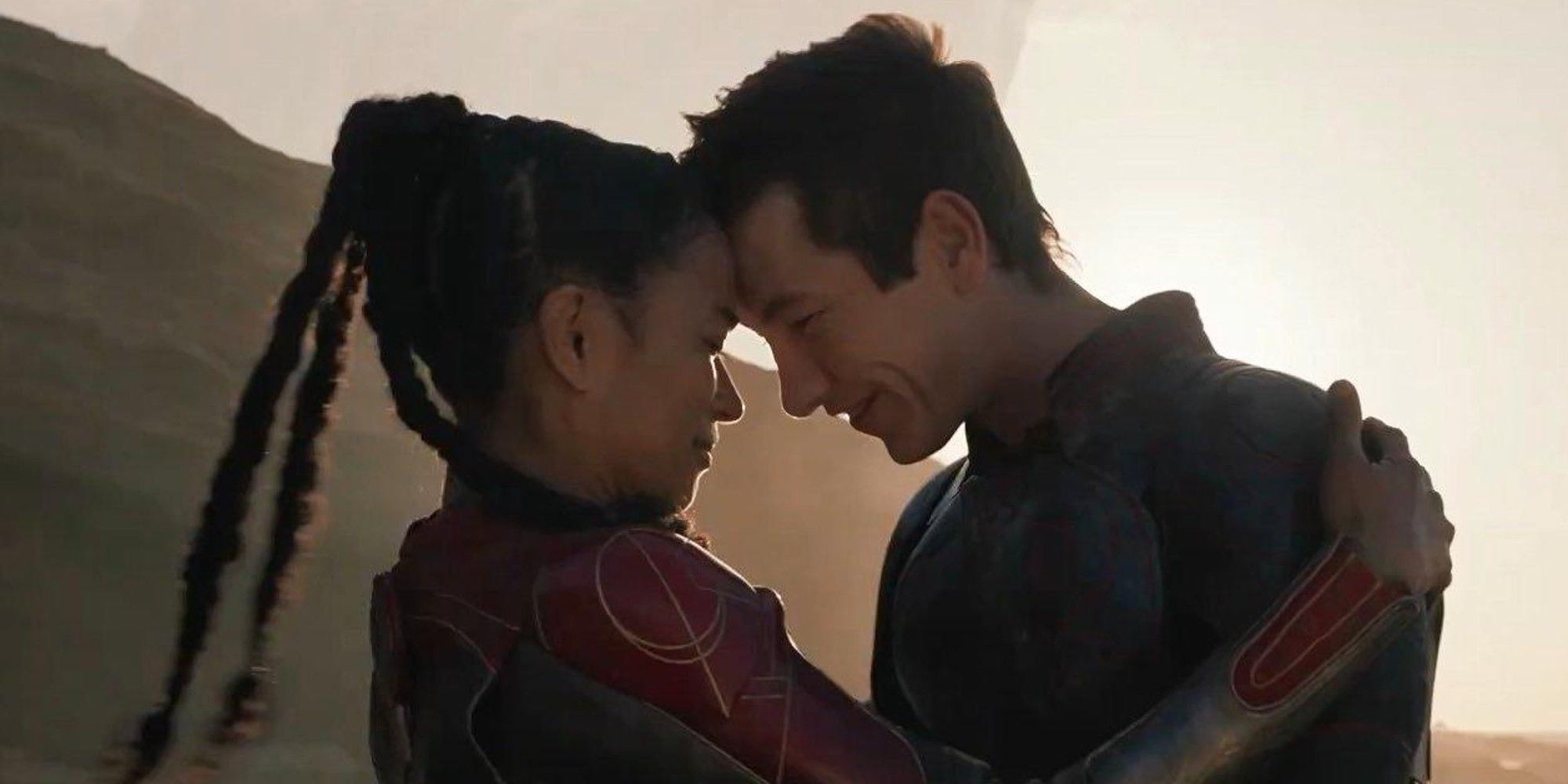 With Obi-Wan Kenobi, I feel increasingly afraid that under Disney's stewardship, Star Wars is becoming so insular that it has nothing to say to anyone who isn't already a Star Wars fan. Obi-Wan and Vader's first confrontation in Obi-Wan Kenobi recreated and reversed their fight on Mustafar in Revenge of the Sith. When they crossed lightsabers for a second time, Obi-Wan's dialogue ("I will do what I must") parroted the same scene and ended similarly, with Vader gaining the high ground over Obi-Wan. In the end, this was all that Obi-Wan Kenobi really had to offer. It took existing Star Wars dialogue, scenes, and iconography, and remixed them. There is nothing new, just glimpses of things fans already know they like.

This increasingly seems like all Disney-owned properties have to offer. It felt novel when Nick Fury showed up at the end of Iron Man, a fun and unique surprise after a movie that was self-contained and satisfying on its own merits. Now, the cameos seem to be the entire selling point of MCU movies. Spider-Man: No Way Home became a gigantic box office success because it promised fans more and better cameos. Remember the old Spider-Men? Remember their old villains? They're in this one! The movie's plot awkwardly contorts to accommodate its casting.

This summer's biggest blockbuster, fortunately, offers a better way. Top Gun: Maverick isn't anyone's idea of an art-house project. It is the product of the same mercenary compulsions that drive Disney's machine. Nothing dead can stay dead in a late-capitalist system where executives are only keen to invest money in a project if it already has a built-in audience. But, the Tom Cruise vehicle soared to impressive creative and commercial heights under Joseph Kosinski's direction. Like Obi-Wan, it aims to satisfy fans with the return of familiar faces — including a touching scene with Val Kilmer's Iceman — and the reprisal of iconic moments like hot pilots playing sports on the beach and gathering around a bar piano to sing "Great Balls of Fire."

But, unlike recent installments in Star Wars and the MCU, Top Gun: Maverick goes beyond the callbacks. It works equally well whether you’ve seen the original or not because it’s well-constructed, edge-of-your-seat thrilling, and human in its concerns. It cares about its characters and it works to get the audience invested in the plot. It works as a solitary movie, not as set-up for future movies. As a result, it's a crowd-pleaser, regardless of if the crowd is made up of longtime fans or newcomers.

Even within the confines of the MCU, director Sam Raimi managed to have some fun with the deeply conflicted Doctor Strange in the Multiverse of Madness, showing that Disney can fix its problems if it just puts a little more faith in its directors. The superhero horror movie is at odds with itself, and feels both like a genuine Raimi movie and a stop on the MCU assembly line, but rarely both at the same time. In one of its best moments, Raimi introduces alternate universe versions of famous Marvel characters — including Patrick Stewart reprising his role as Charles Xavier and John Krasinski, a longtime fan casting favorite, stepping into the stretchy trousers of Reed Richards. True to Raimi's horror comedy MO, these characters are dead in minutes, dispatched with bloody efficiency by villain Wanda Maximoff. The scene feels like Raimi is trolling the audience. You want your hero cameos? Sure, but they’ll all be dead and dismembered before you know it. But, this trollish fun exists in the same movie that introduces Charlize Theron's Clea in the usual, obligatory fashion.

Obi-Wan Kenobi doesn't have the trollish spirit of Multiverse of Madness and it doesn't have the genuine thrills of Top Gun. It brings back characters we recognize, but doesn't have anything interesting to do with them. In Disney's impoverished conception of modern blockbuster entertainment, bringing them back is usually enough.