Yesterday at 9 AM EST, Nvidia began taking orders for the all-new Geforce RTX 3070. What is widely expected to be the new king of mid-range performance, reviews promise a card that can compete with the RTX 2080Ti at less than half the cost.

Only it’s not really half the cost because you couldn’t actually buy one. Just as with the RTX 3080 and 3090, the RTX 3070 sold out everywhere pretty much as soon as it went on sale.

This is incredibly frustrating for PC gamers, especially when you consider the fact that Nvidia delayed the launch of the RTX 3070 by two weeks to ensure that they’d have more inventory available on launch day. Nvidia promised not to have a repeat of what happened with the RTX 3080/3090, where bots and scalpers purchased the entire stock only to start selling GPUs on eBay for twice the price.

It was so bad that even PC parts manufacturer MSI got caught scalping their own cards.

Nvidia’s website didn’t even show an option to buy a 3070 on launch day. It went straight from being able to sign up for notifications to “sold out”, redirecting prospective purchasers to Best Buy. This was even more frustrating as Best Buy’s website often allowed customers to get all the way to the payment options screen only to find their order canceled during the processing step.

Just reading The Verge’s lives stream of trying to purchase a 3070 is enough to convince anyone not to bother. 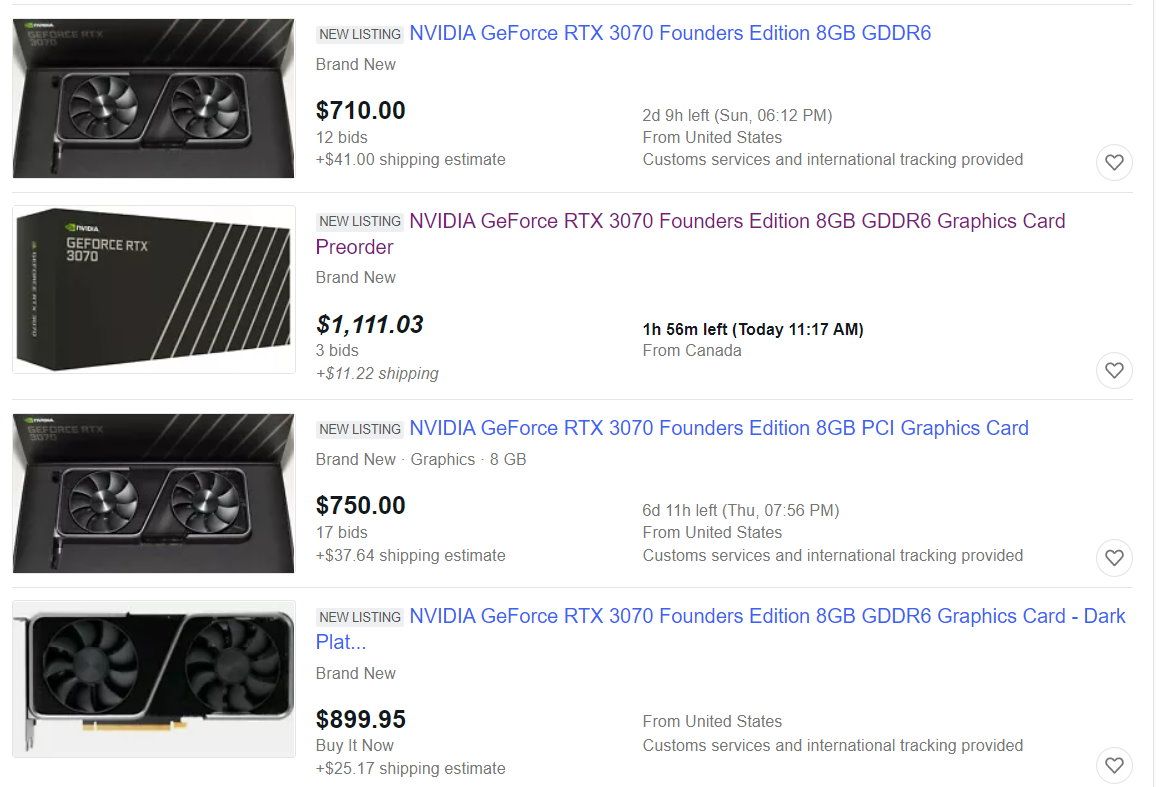 With websites once again offering notifications for when they’re able to restock, it looks like very few people will be getting a new Nvidia GPU this holiday season. Maybe AMD’s launch will be a bit smoother, but somehow, I doubt it.