Once you've finished One Piece Odyssey, you might find yourself wanting to tackle a bit of a challenge – particularly if you're chasing the accolades to get each character to level 70. As the story comes to a conclusion, Lim will inform you that challenge cubes have appeared across Memoria. Accessing these cubes will start a battle with a previous boss from the story. However, this time their difficulty level has risen dramatically.

Much of One Piece Odyssey feels very easy to progress through. The game doesn't offer much of a challenge, until now. These challenge cubes will put you through your paces, dealing large amounts of damage to your crew. The kicker is that once you've completed each fight, the cube stays in place and increases the challenge once again. Perfect for grinding out those extra levels.

Alabasta: A Desert With A View Of A Big City 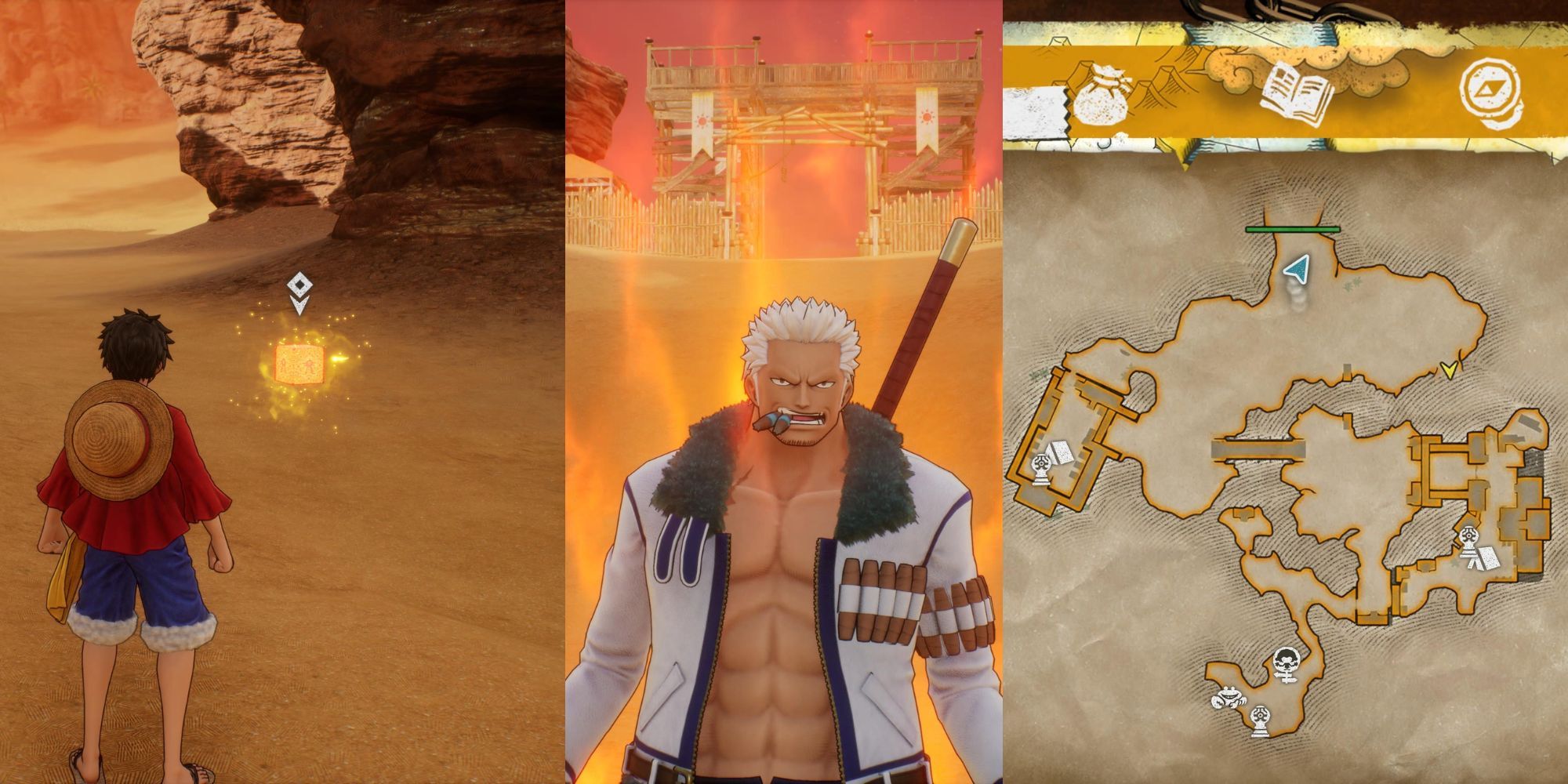 Your first challenge cube is the Desert near Alubarna, between the two warring camps of soldiers. Towards the north of the area, overlooking the city, you will find the cube. This cube's boss is a Smoker.

Alabasta: Near The Big Clock Tower 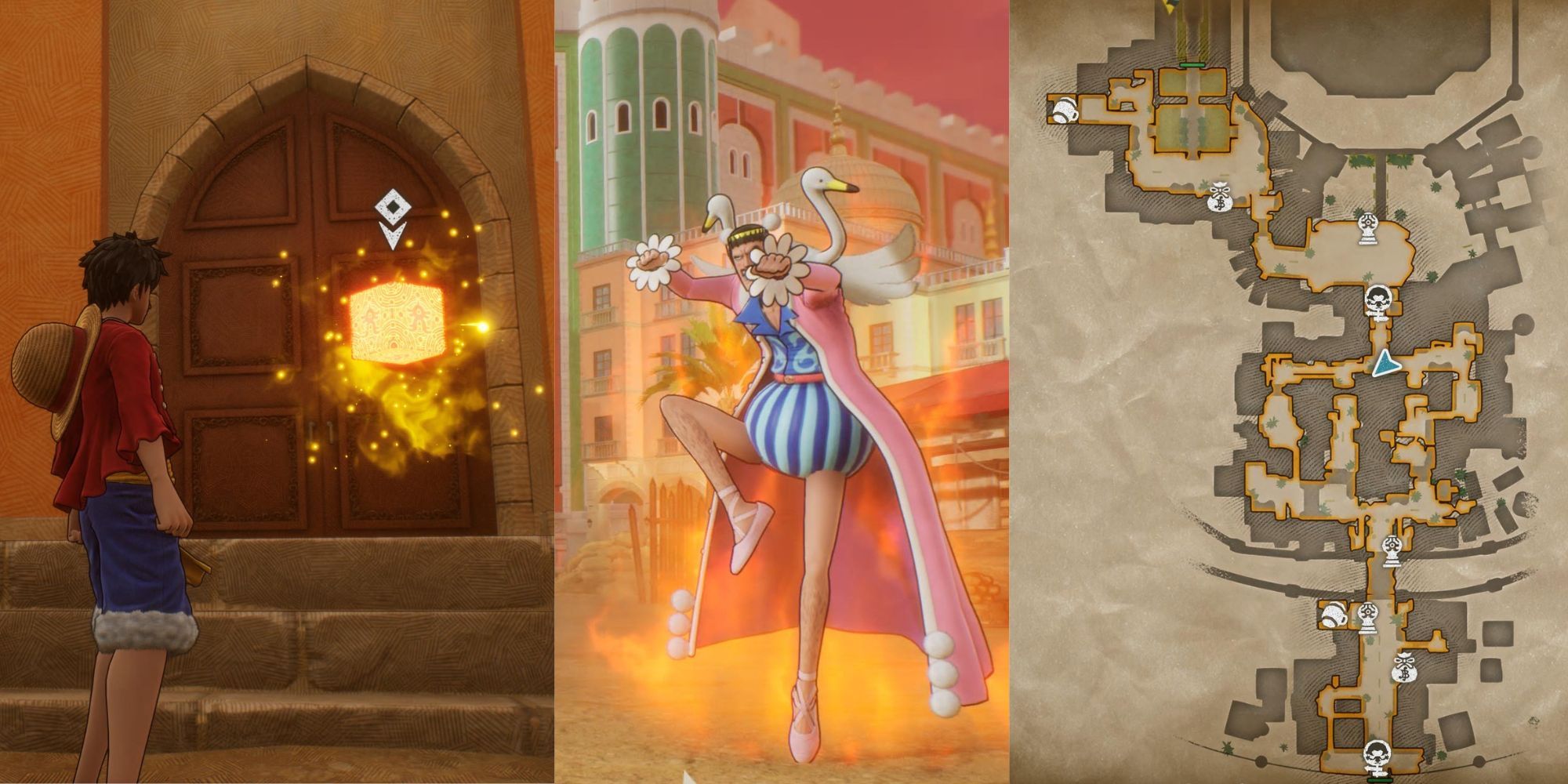 For your second challenge cube, you'll find Bon Clay waiting for you in Alubarna. In the middle of the city, you should see a large clock tower peeking above the surrounding buildings. Make your way to the entrance of the building (you'll need to face north) to find the cube.

Alabasta: Inside The Royal Mausoleum 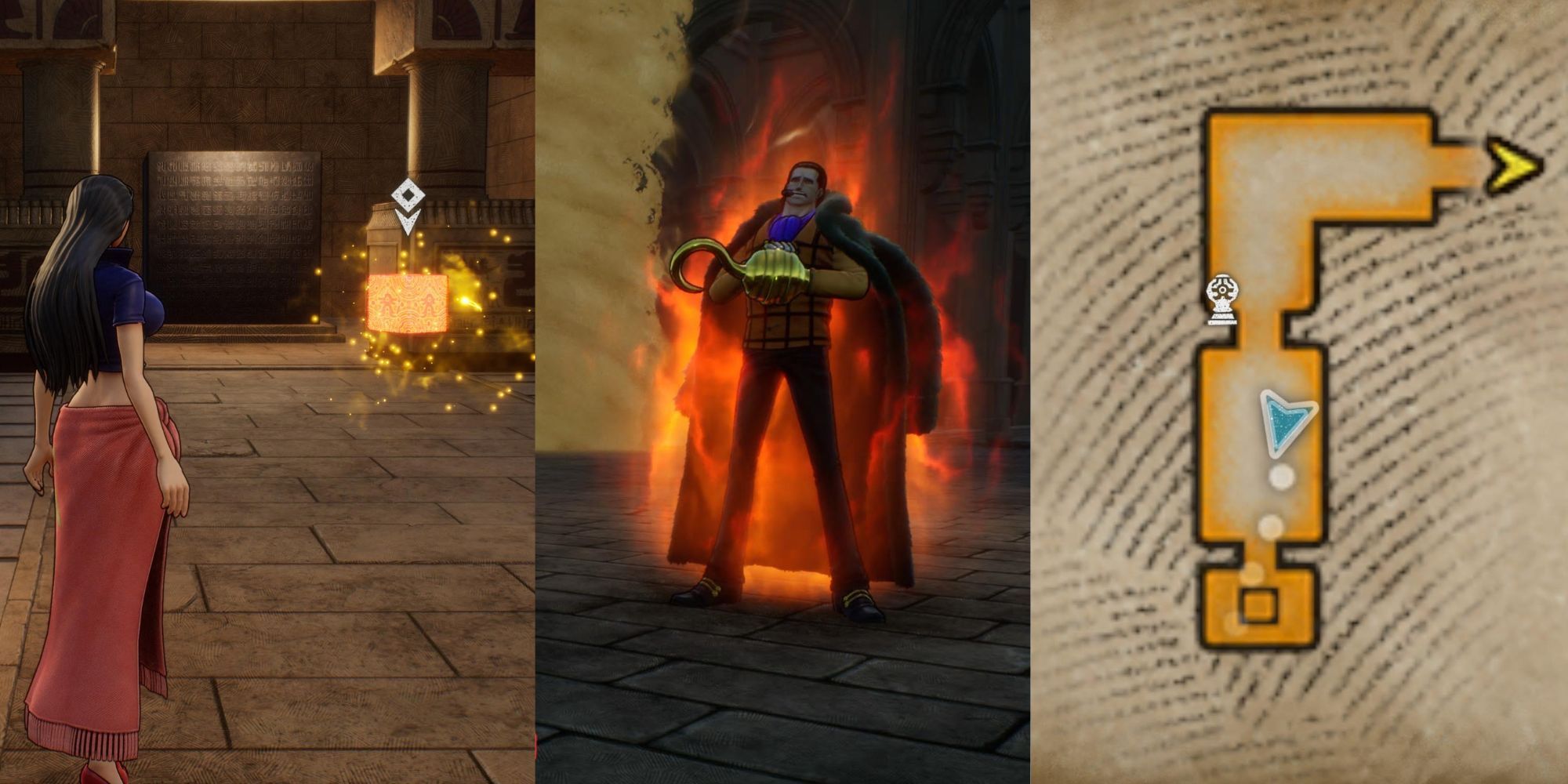 If you want to fight Crocodile again, you'll find the third challenge cube inside the Royal Mausoleum. It's through the door ahead of you as you arrive via Yoisa travel, so you don't need to trawl through the catacombs beneath. 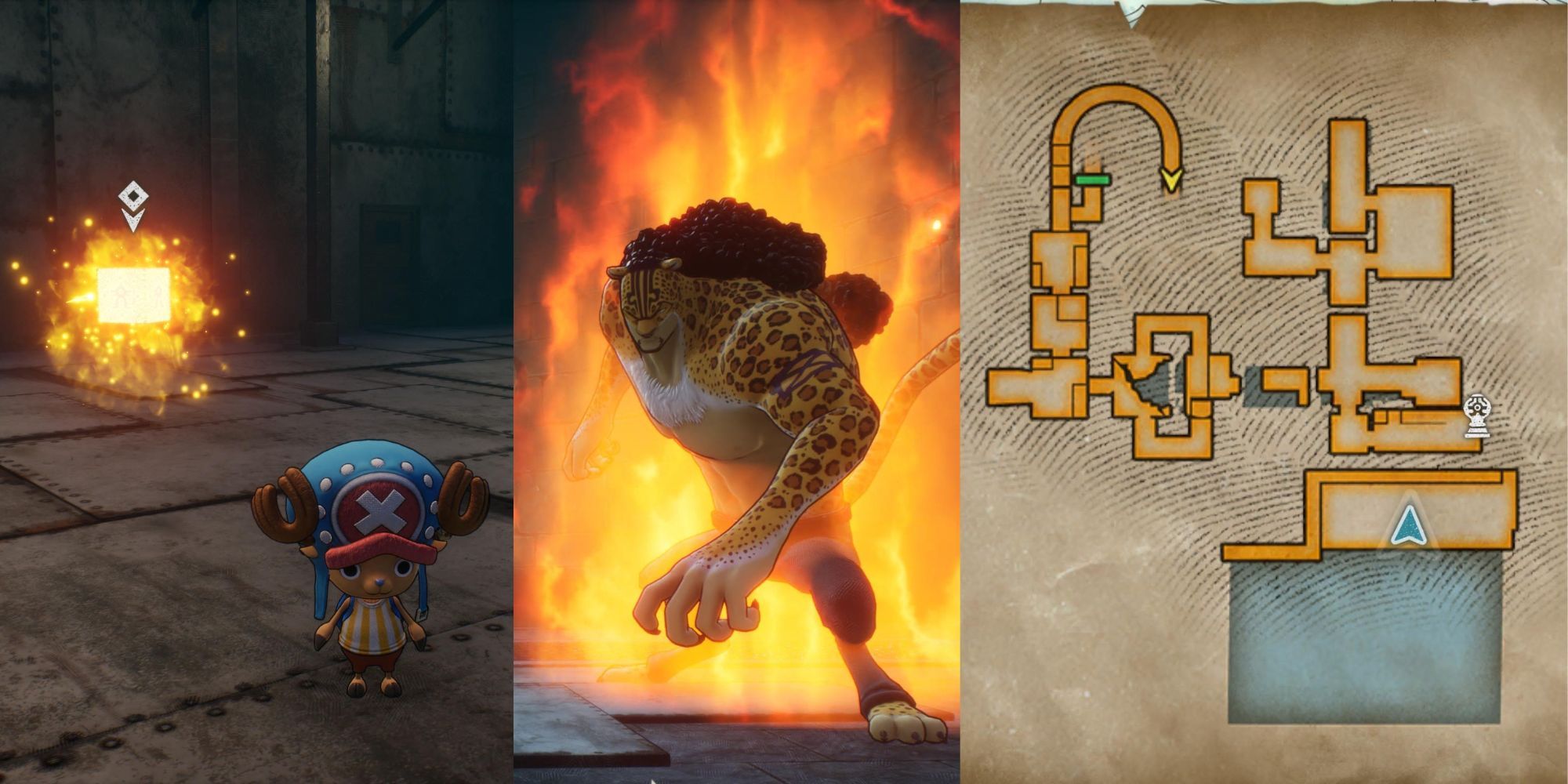 Your fourth challenge cube is in the underground sewers of Water Seven. Make your way to Franky's old hideout, where you originally challenged him during the story. Here you will find the cube containing a rematch with Rob Lucci. 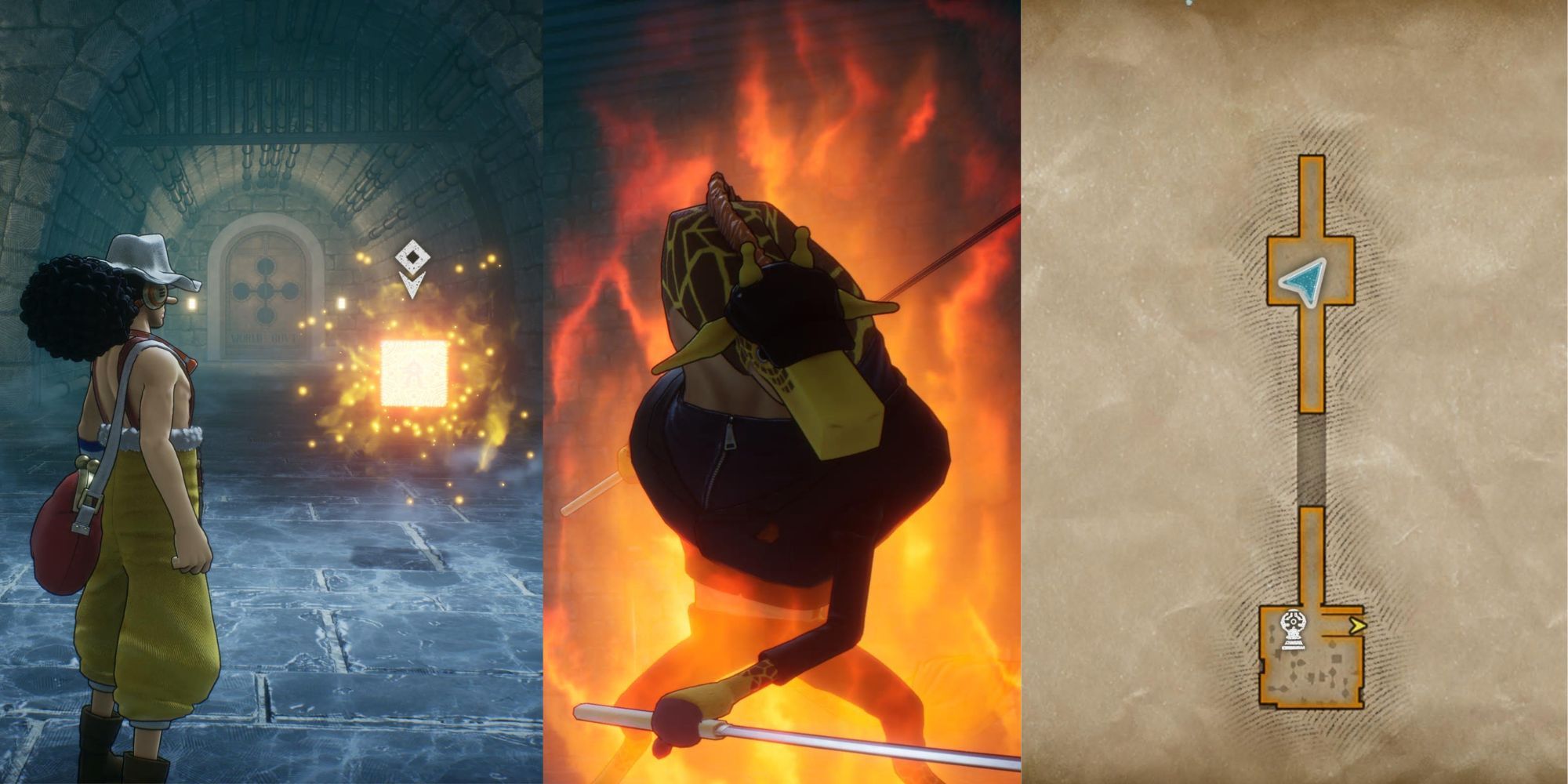 The fifth cube takes you to another underground location, this time it's the Enies Lobby. Here you'll find the cube waiting in the square room near the end of the corridor. Inside this cube, a tough battle with Kaku is waiting.

From this point on, you will not only need to counter the enemy using the power triangle, but also counter their elemental powers.

Marineford: Near The Beautiful Bell 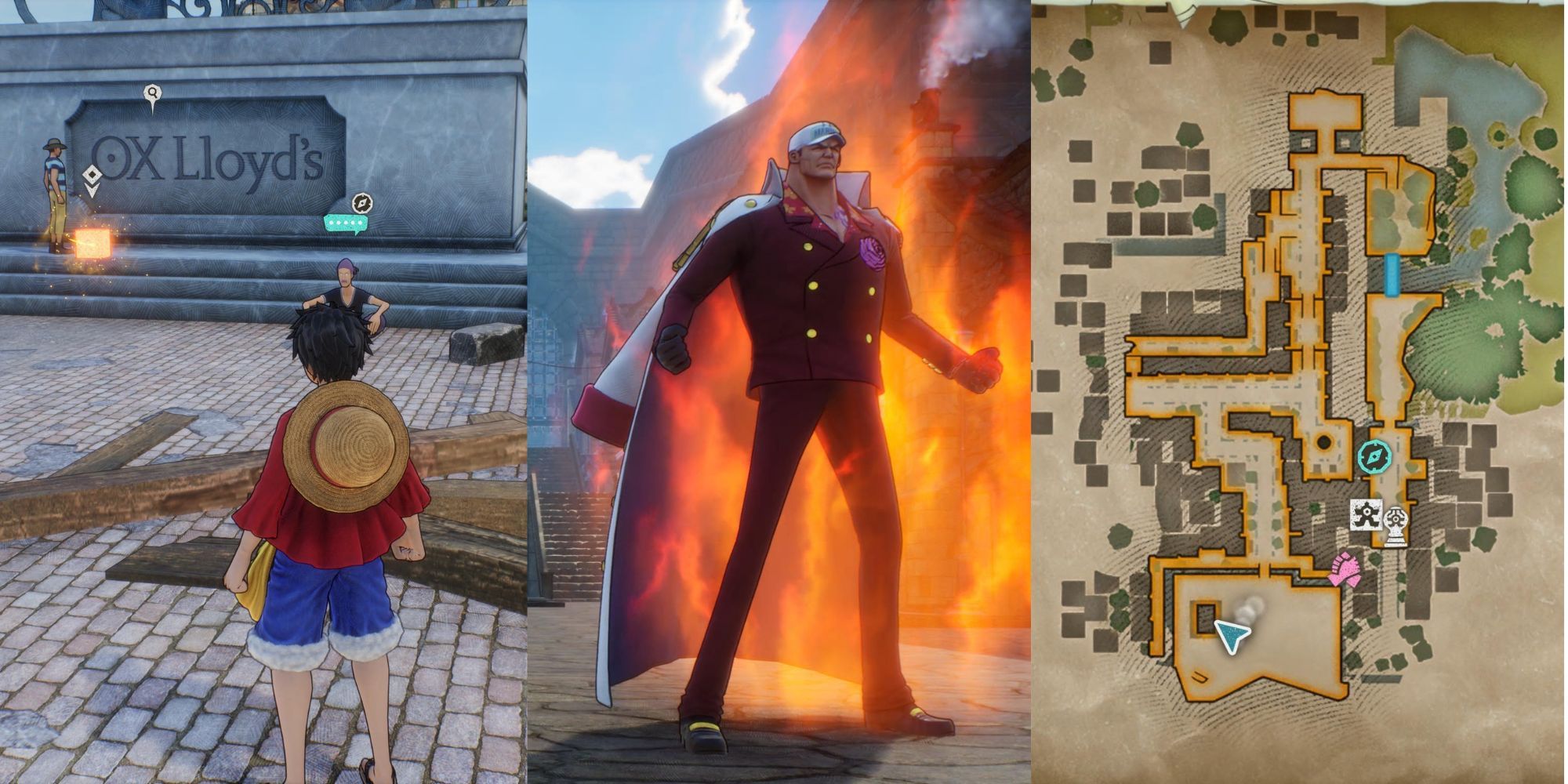 Marineford is unique in that it offers three challenge cubes, all surrounding the bell in the main square. Each cube holds a different Marine enemy; Kizaru, Akainu, and Aokiji. Each of these enemies represents a different element, so make sure your crew has the correct counters to their powers. 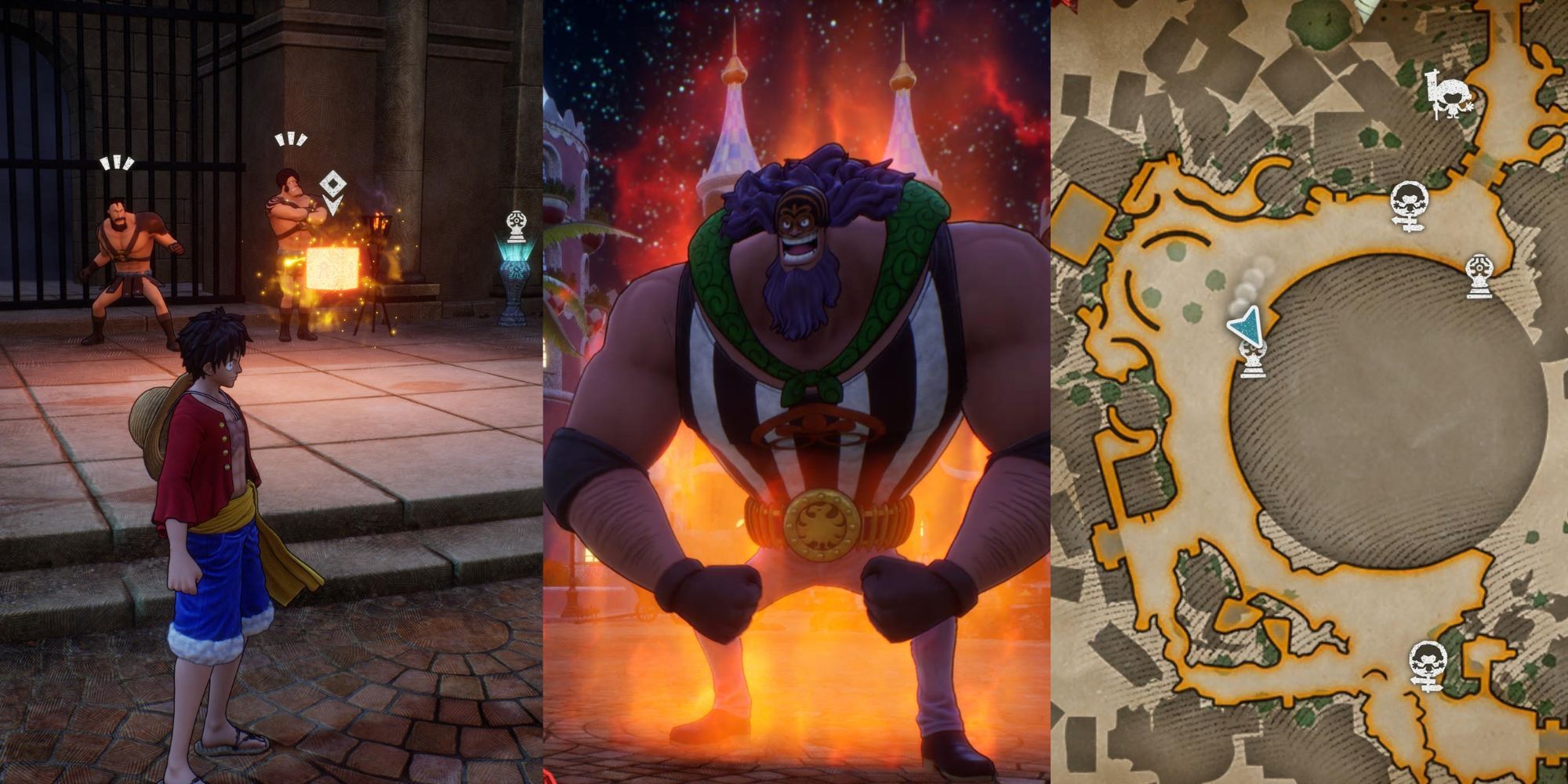 The big and bulky, Burgess is expecting you for the next challenge cube. Sitting directly outside the coliseum entrance, near the save point, is where you'll find this cube. As you near the end of the challenges, you'll notice more of a difficulty spike, here. 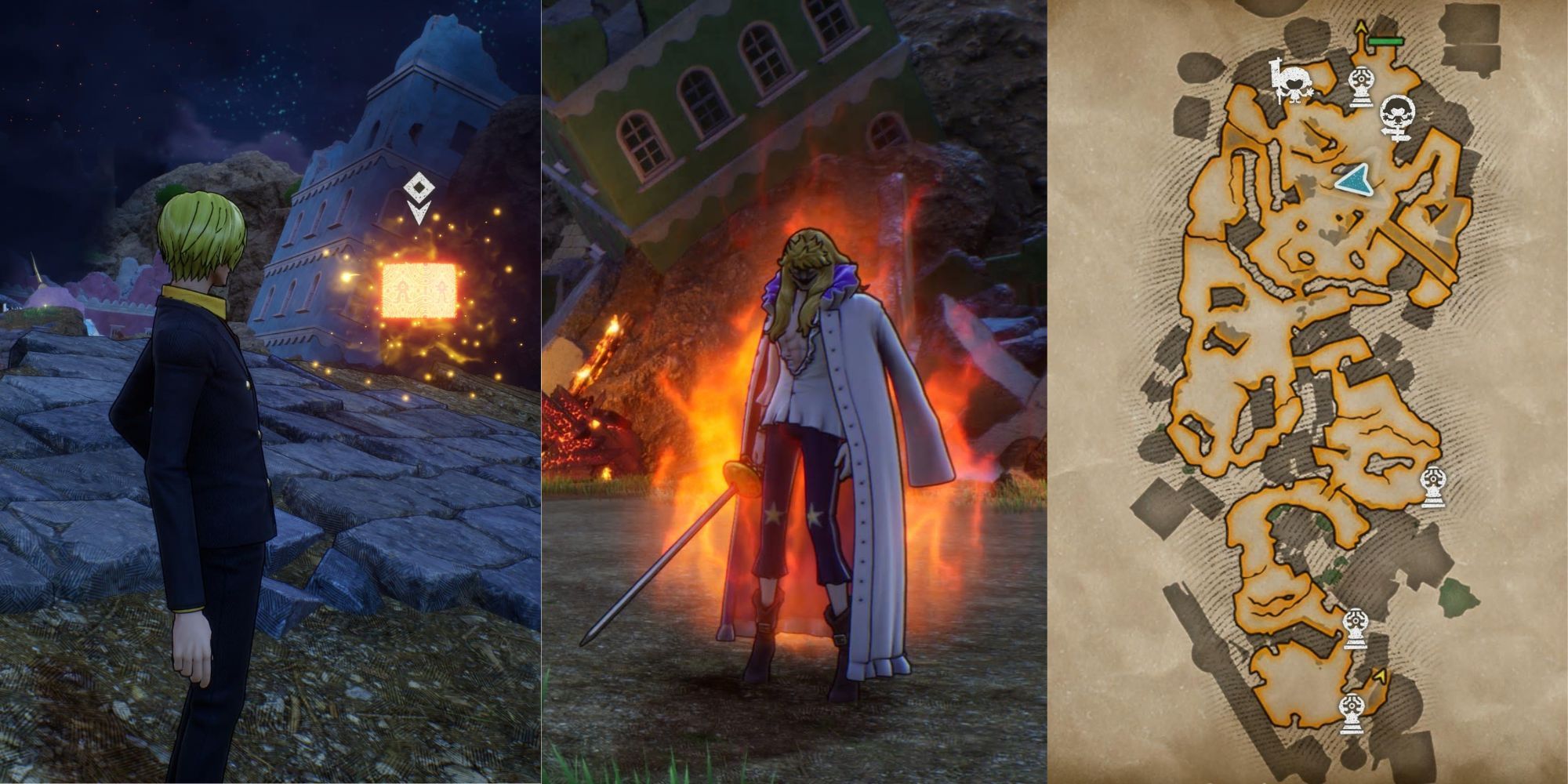 The penultimate challenge cube is situated outside the entrance to the upper floor of the Royal Plateau. This cube is also quite close to a save point, and the sword-wielding Hakuba is your challenger this time. 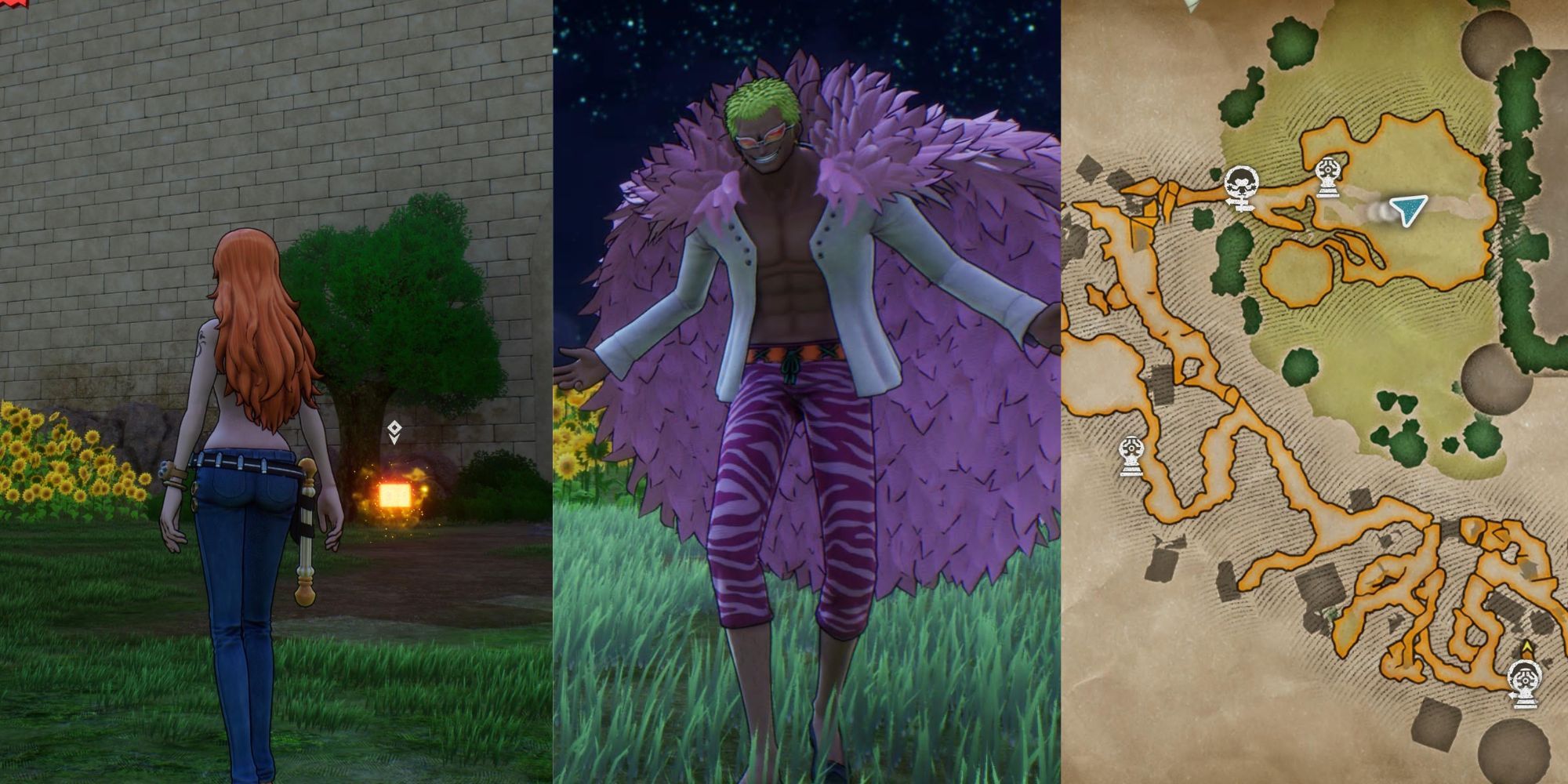 For the final challenge cube, it makes sense to take on one of the harder bosses from the main game, Doflamingo. The cube is found in the Sunflower Field, in front of the large door. This harder version of Doflamingo comes with two doppelgängers, but they are, thankfully, quite easy to dispatch. Once you've trounced the flamboyant boss, your challenge path will be complete.