Roguelike remains a genre people enjoy, and Overland offers a post-apocalyptic approach. The game can pose challenges, especially as you try to avoid enemies and collect enough supplies to survive. Succeeding in a run requires skill, planning, and a bit of luck, so it can frustrate some players.

Since tackling the game can be difficult, you'll want to know which tips can help you survive in this world. As you keep them in mind and apply different ideas, you'll get a feel for the game and understand the best strategies to travel across the country while finding survivors to help you.

Plan Your Moves, But Don't Be Afraid To Move 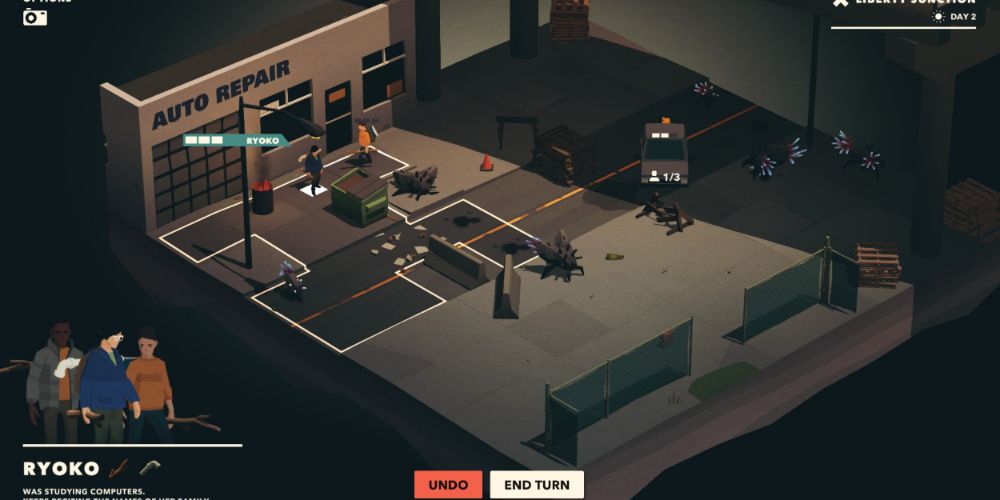 You should hover over everything available before you move around. Doing so will highlight any object you can interact with, so you'll know what to do while avoiding enemies and won't waste time by going to different objects. You can also keep your characters in the car until you feel ready to make your first move.

In Overland, you can move your characters and then undo the move, allowing you to check different actions. For instance, if you can reach a dumpster or another crucial location you can then move your character into place to see if you remain far enough from the bugs to stay safe.

However, if you search for an item, you can't undo your action, so ensure you want to commit to the search before you do it.

Watch what your characters say after you move them. They're probably too close to the bugs if they say something sarcastic or mention danger. Try to undo the move and place them in a different position. 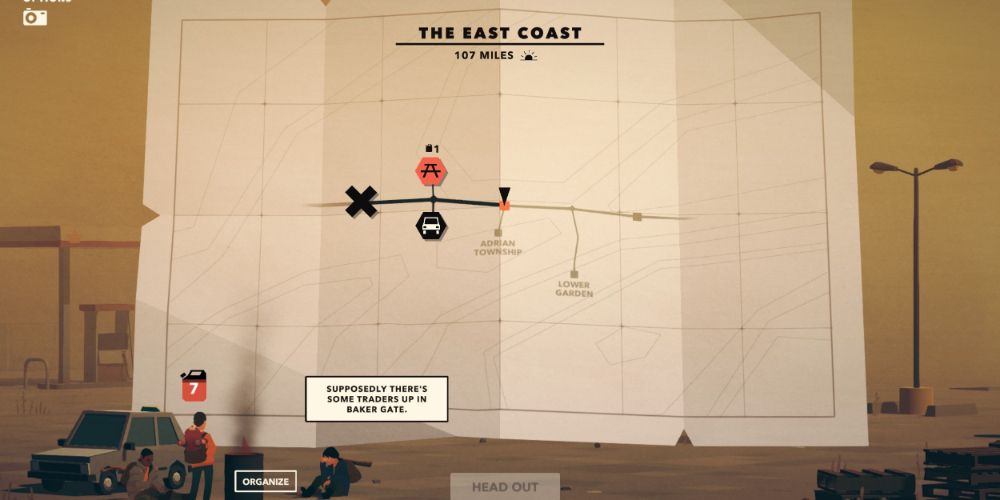 To survive in this world, you must prioritize gas. If you run out of gas or destroy the car, you'll need to walk until you can find a new one. Usually, you'll end up dying without a car, so always prioritize and protect it.

Your car can carry gas, and you'll need more petrol to reach future destinations. As you look through the maps, you should find opportunities to collect gas and keep moving. You'll find gas in various locations as you search the levels.

Even though you'll find other useful items as you go, you'll need to maintain a full gas tank as much as possible. As you think about which paths to take at a rest point, look at how much gas they'll spend and the potential gains. That way, you can determine which point works for your situation while minimizing the potential danger.

Max Out Your Party 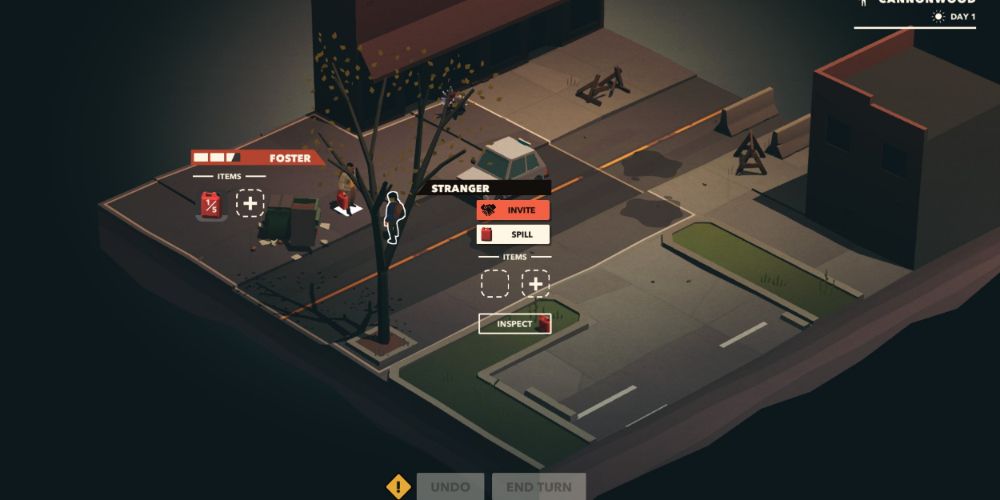 You can have multiple party members with you based on your vehicle. For example, a standard car holds three people, a truck carries two, and a van increases the party size to five. To increase your odds of surviving and working through different levels, you'll need to get as many party members as possible. If you have enough gas, do everything you can to get more people.

Sometimes, people will join your party as soon as you approach them and choose the Invite option. Others may need you to destroy a barricade to let them out, while some require first-aid kits to get them in the best condition possible.

If possible, you should get a dog. Even though they can't perform specific tasks, such as siphoning gas or filling up your car, they can attack bugs without using items, thanks to their bites. Doing so ensures you always have a way to fight off those enemies, even if you run out of items.

See if you can get a dog before you reach a barricade since you'll need as many weapons as you can to clear a path for your car.

Move On As Quickly As Possible 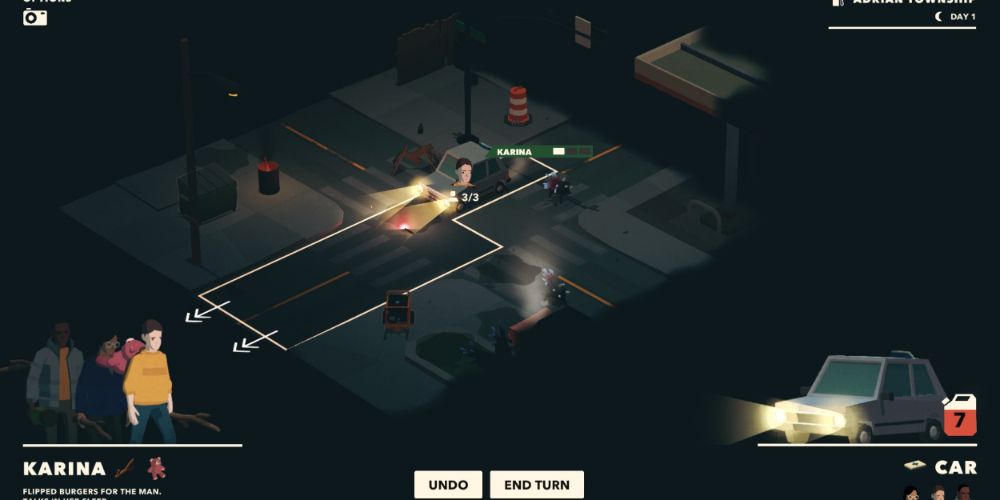 As you go through various areas to see what you can find, don't spend too much time in one spot. You'll start to see locations where bugs will spawn from the ground. That means if you don't take out the bugs, they'll start to grow in number and prevent you from leaving. Since bugs can block your car's path, you'll have to ram or go around them to escape.

To avoid this problem, pay attention to the number of enemies on the screen. If you start to see five or more, you should focus on escaping. Sometimes, going for additional items won't be worth it if you must sacrifice your teammates. You'll need enough time and space to get your teammates into the car, turn it on, and drive it to the escape point. If enemies block your path, you may struggle to escape and survive. 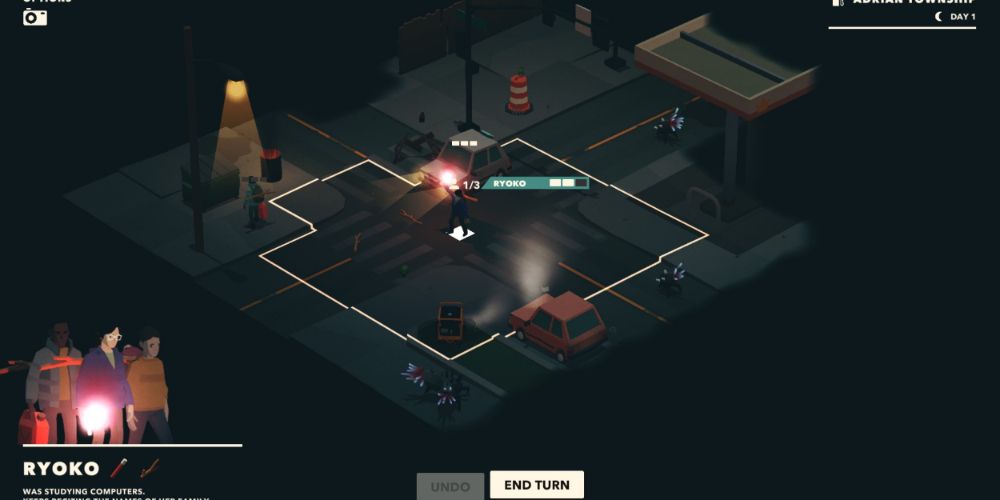 Navigating during the night remains one of the most dangerous parts of surviving Overland. You won't know about the nearby enemies if you don't have a light source during a night outing. That means they could easily sneak up on you and build up with time, causing you to lose the run. You should seek out a flashlight from a barter early on or look for flares as you explore.

A flare gives you plenty of light around the user, letting you see most of the area. However, they'll quickly run out and leave you without a light source. Flashlights work better in the long run since you can keep using and holding onto them as needed. Since you have storage space on top of your vehicle, you can leave your light and add it to your inventory whenever the night arrives. 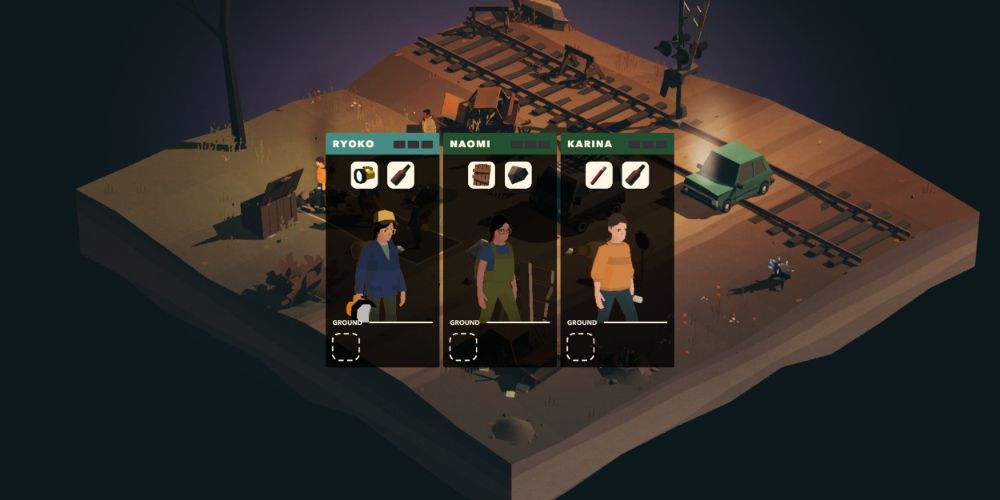 You have multiple opportunities to organize your belongings and make enough space for everything you need. Most characters can carry two items at once, while the top of your car provides a storage slot. Some even include two storage spaces, allowing you to carry up to twelve items between five party members and your vehicle.

While each character carries different items, you can have them swap whatever you want in different scenarios.

That means if you find an item on the ground, but one of your characters doesn't have enough space to carry it, you can make a line back to the car, choose the Organize option, and shift the items around to make more space. While you can't combine most similar items, such as bottles or flashlights, gas containers can be filled all the way. That means if you have two people with gas, you can combine them to gain another item slot.

Ensure you check your inventory as soon as you go to a new area, so you can shift the items around and plan them accordingly. Right before you plan to leave an area, move your items around to keep everything you want while ditching anything you won't use.

Since going through Overland can be challenging, you'll want to focus on the best strategies and take advantage of them. From collecting gas to getting new allies, you'll need to get everything you can to survive the world and make it across the country. Keep practicing and playing through the game since you'll learn the best strategies and figure out how to work around the creatures you'll encounter.