With a new season comes new heroes, and Season Two of Overwatch 2 was no different. The big bad omnic Ramattra joined the roster this season as a Tank Hero with a very strange but threatening kit.

Back in Overwatch, we got a look at Ramattra at the end of the Storm Rising event, however his backstory and purpose were still up in the air. Ramattra is the leader of Null Sector, an omnic liberation organization fighting for the rights of all omnics in a human-dominated world. Ramattra is capable of changing between a short- and long-range form, allowing him to control the battlefield in any position. 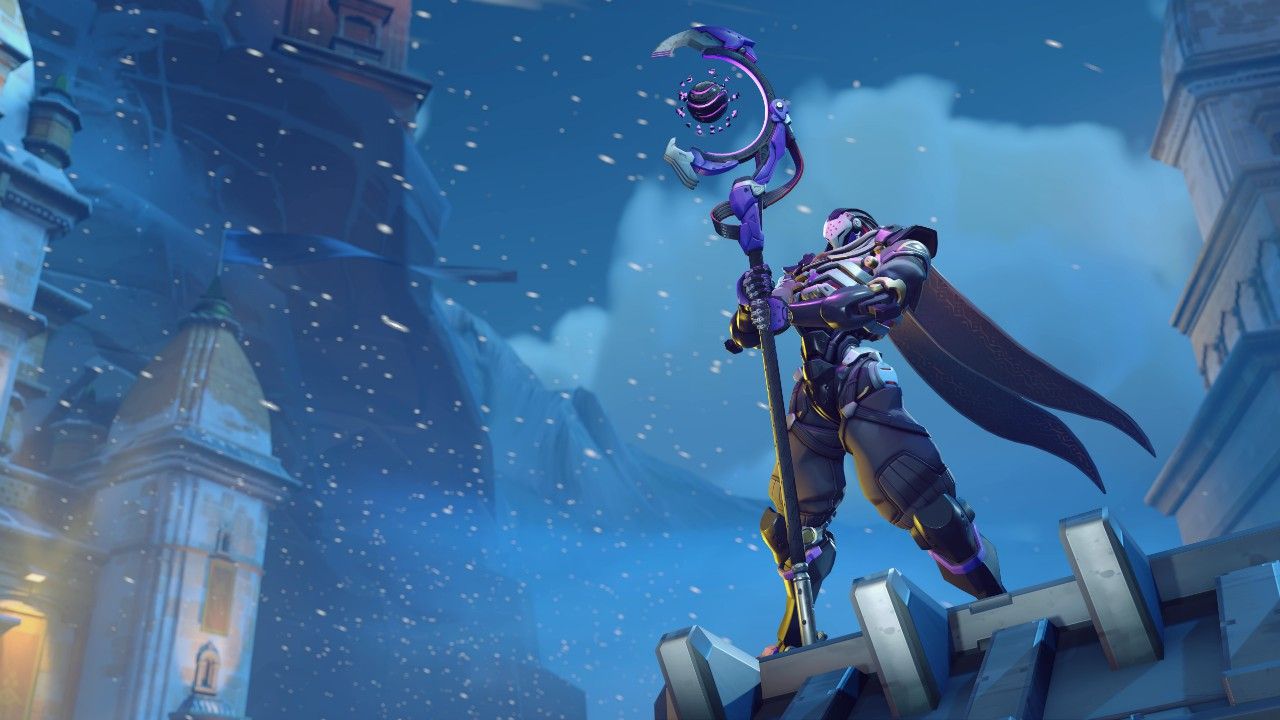 Ramattra is a Tank hero with the important task of controlling the fight and protecting his team. Since Ramattra is a Tank, he also benefits from the Tank Role Passive, receiving reduced knockback and giving enemies less ultimate charge for damaging him. 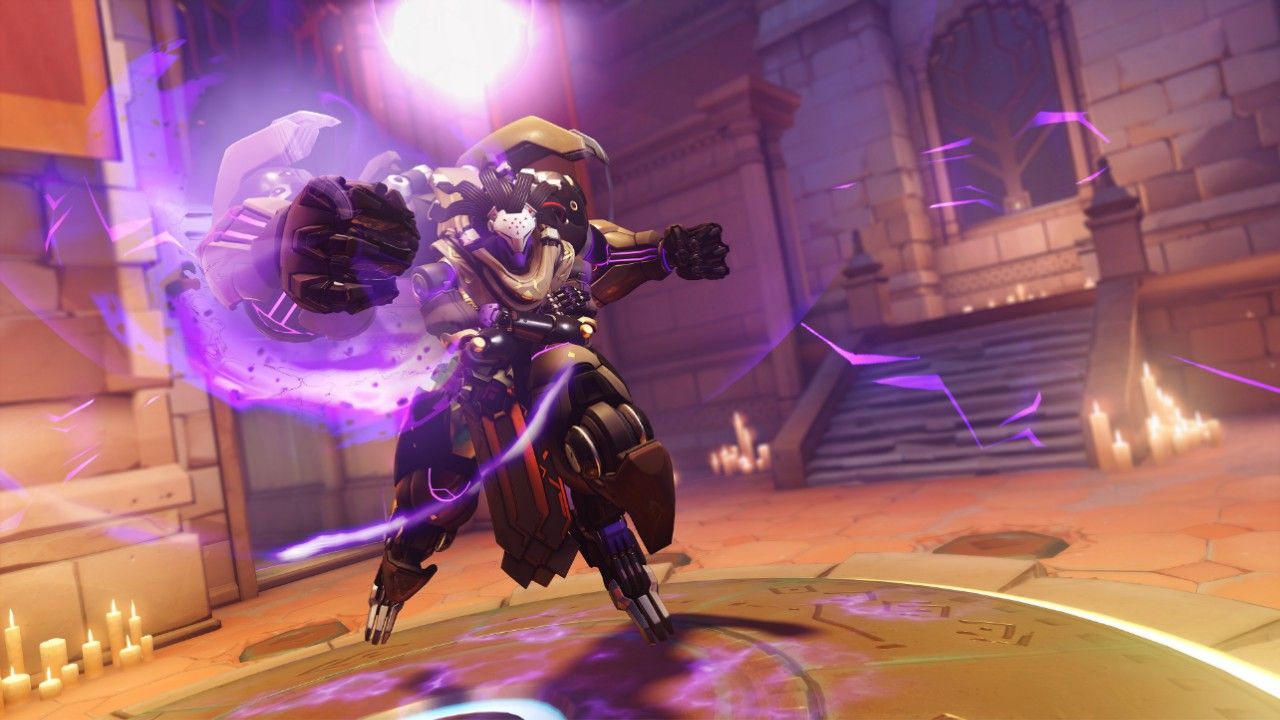 Ramattra has the benefit of using two separate forms he can swap between, giving him an extra set of abilities with much more versatility.

Ramattra's playstyle can vary depending on what form you're initiating with. Each form has advantages over the other, so knowing when to use either form is crucial for winning as Ramattra:

Tips To Play As Ramattra 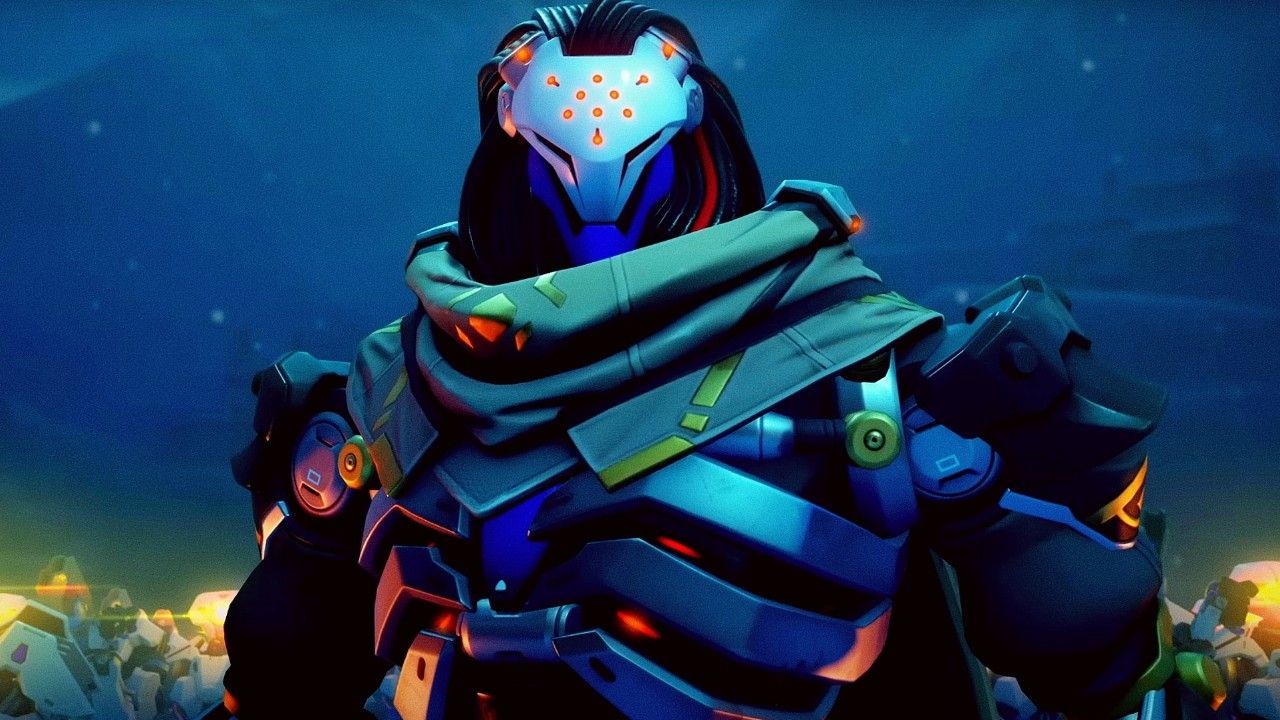 Most Tank heroes in Overwatch 2 need to stick to a single playstyle to gain any value. Ramattra, on the other hand, gets two playstyles at once thanks to his separate forms.

Remember, your goal as a Tank is to maintain control of the fight and keep your team safe, not charge in alone and die like the enemy Reinhardt. You want to play in positions that keep your Supports protected, while also enabling your Damage heroes to get their job done safely.

Another important point about playing Tank is knowing when to push. A huge strength to Ramattra is getting to play both Ranged and Melee Tank during a fight. Use your long range abilities to weaken the enemy tank or look for kills behind them. Once your team is in an advantageous position, you can use Nemesis Form to push forward and take space, while also trying to pick up kills in the process.

Finding Value With Your Shield 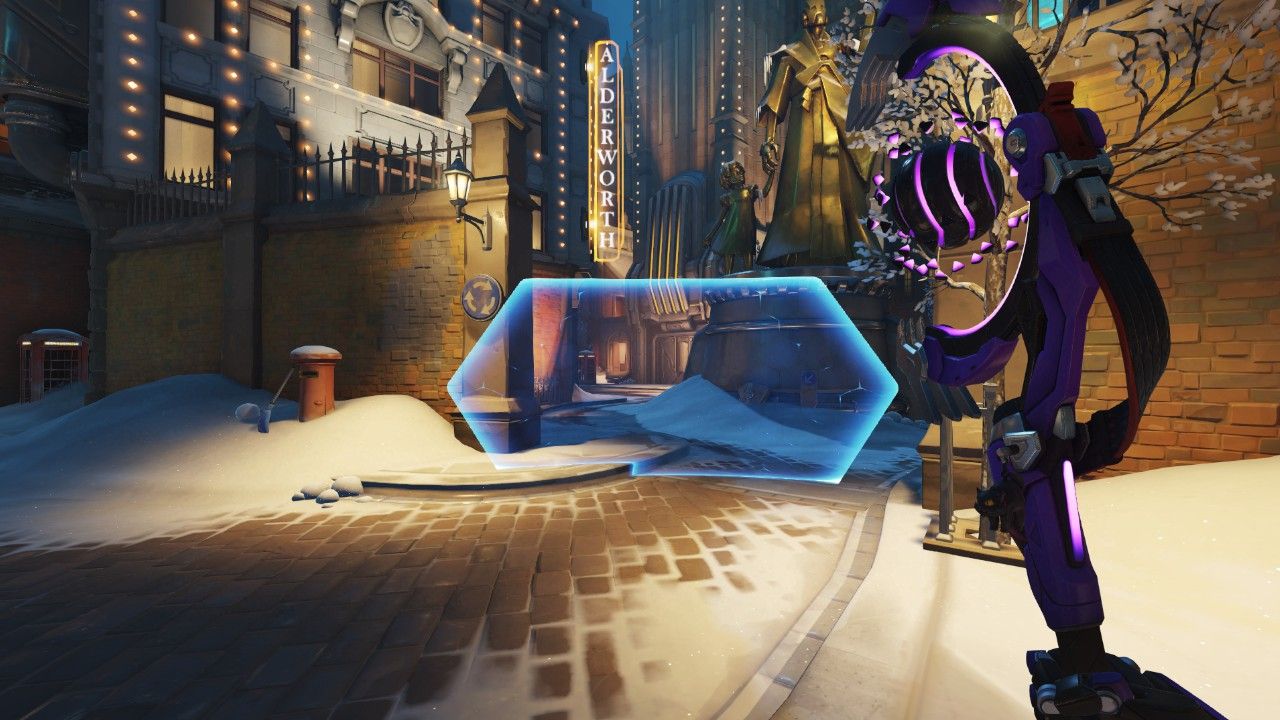 A difficult part about playing Ramattra is his cooldowns. Most of Ramattra's cooldowns are relatively long, which could turn a misplaced barrier into a lost fight. Keep in mind just how long of a cooldown Ramattra's Barrier is and don't use it to push forwards. Unlike Reinhardt or Sigma, Ramattra can't easily pick up and put down his shield to continue moving forwards. Instead, try to use it defensively to block attacks like Reinhardt's Earthshatter or D.va's Self Destruct.

Alternatively, Ramattra's Void Barrier is good for cutting off enemies and forcing teams backwards. If the opposing Tank is trying to take too much space, try placing your Void Barrier between the Tank and their Supports. This causes the Supports to reposition mid-fight and makes their Tank an easy target, allowing your team to collapse on them and take space. Combining this with the bonus damage you gain with Nemesis Form and your Ravenous Vortex gives you a combination that will be hard for most heroes to live through.

How To Use Nemesis Mode 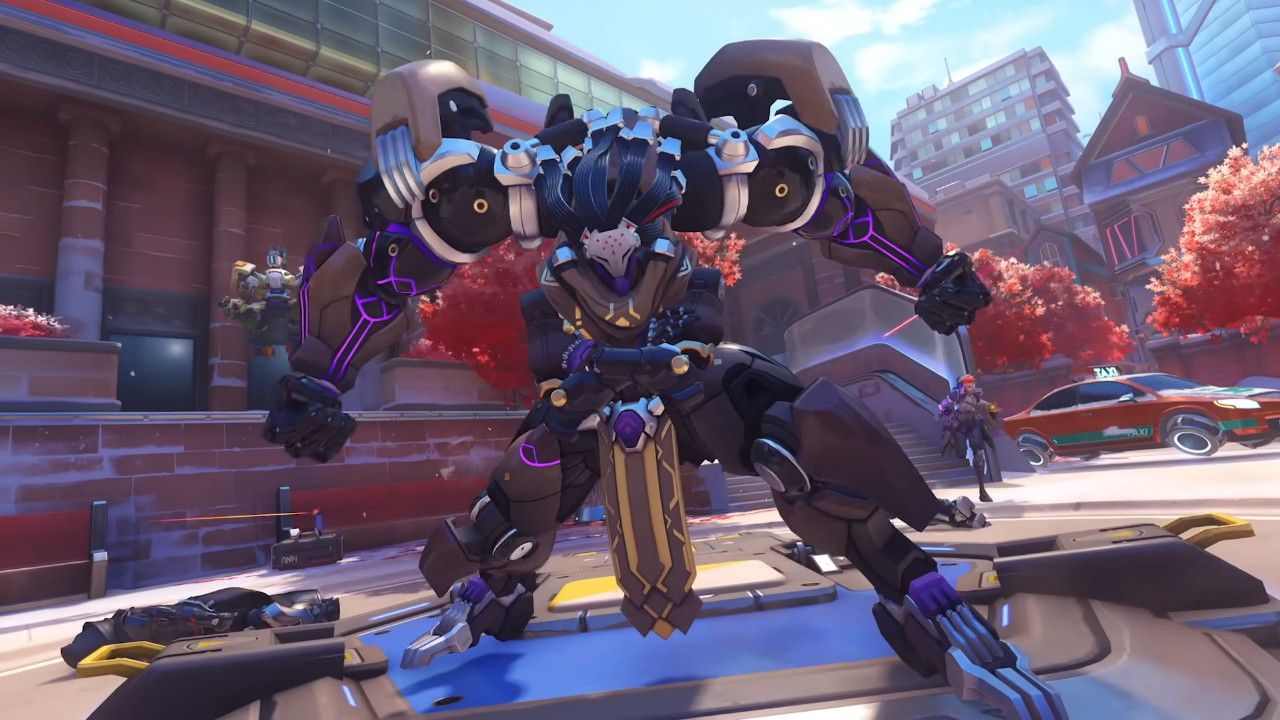 Even though Ramattra is a Tank, he has a relatively low max HP compared to other Tanks on the roster. His compensation for this is his Nemesis Form, giving him bonus armor to stay alive longer during long brawls. Keep in mind that, even though Nemesis Form gives you extra armor, that armor goes away once it's over.

Omnic Form Ramattra is best used at range, so always make sure that when you use Nemesis Form, it either finishes a fight or ends in a safe place. The worst thing for Ramattra is to run in with Nemesis Form and have nowhere to go when that timer is up. Try to use Nemesis Mode as a finishing tool, and not for initiations.

Make The Most Out Of Annihilation 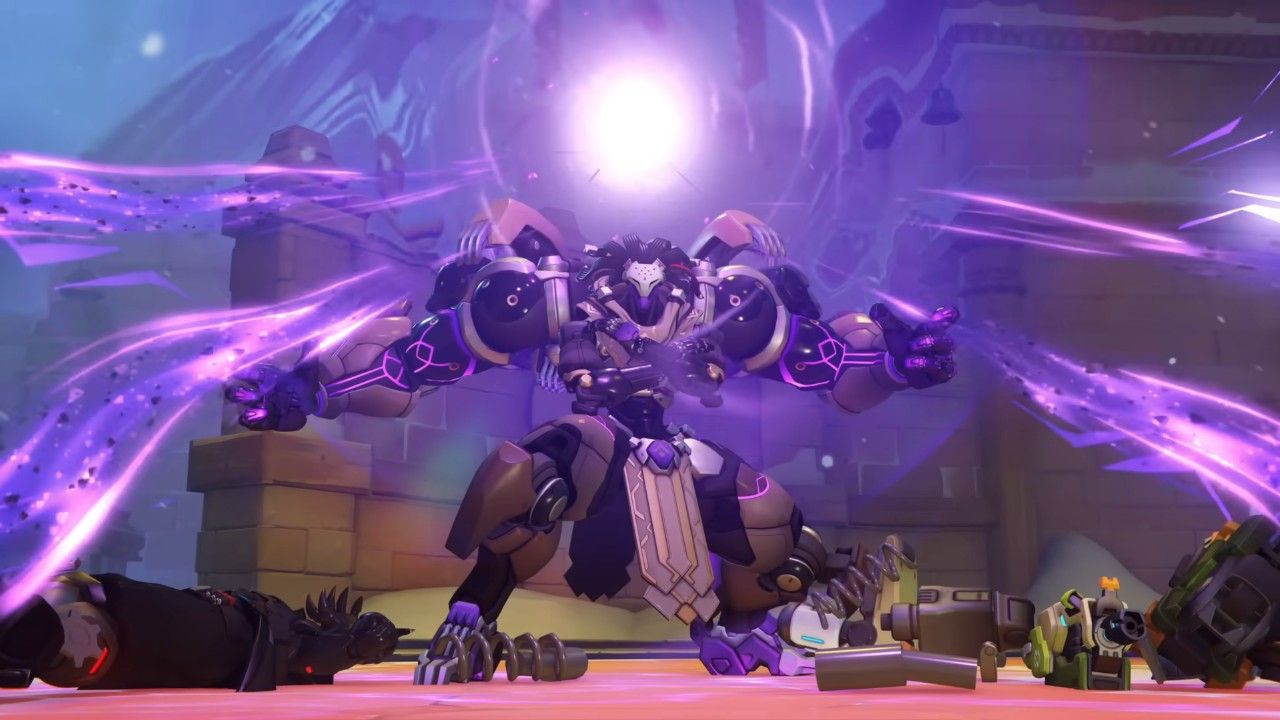 Ramattra is most threatening when he's in Nemesis Mode, making uptime on this ability very important to winning team fights. A good combination for this is to use your Nemesis Form before your Ultimate. This way you spend as much time in Nemesis Form as possible, allowing you to stay in the fight longer. Make sure that you wait for Nemesis Form to end before using Annihilation, as you won't get a second boost in armor for using Annihilation during Nemesis Form. You want to use the abilities back to back, not overlapping each other.

Annihilation can also be a very simple Ultimate to nullify since its counter is just walking away. A coordinated team may rotate away from the fight and initiate once your Ultimate has been spent. Instead, Annihilation should be used once important abilities on the enemy side have been spent or to contest an objective in overtime. Without shields or barriers, your Ultimate is extremely threatening to anyone trying to capture the same point as you, so try to deal damage to shields first.

Although your Pummel goes through shields, Annihilation does not. Keep in mind that staying tethered during a teamfight allows you to maintain your Ultimate infinitely, so don't be afraid to play in between enemy shields and make use of your speed increase to maintain a tether on an enemy.