A new Palworld trailer dropped last week, revealing several Pals that are legally distinct enough from Pokemon to avoid the full force of Nintendo’s famously trigger-happy lawyers. Palworld remains shrouded in mystery, seemingly combining monster catching with industrial simulation and indentured servitude. Also guns. Lots of guns. Some people think they’re funny, some think they don’t belong in what looks like a kid's game, but after seeing those behemoth animals, I think they’re absolutely necessary. Forget 30-50 feral hogs in your backyard, what do you do if a feral Reptigneo decides it wants to make you lunch?

This is likely the most pro-Second Amendment I’ll ever get in an article, but seriously, the trainers in Pokemon are missing a trick by not being strapped. Pokemon are routinely violent towards people, that’s why so many Poke Professors yell at kids who go into tall grass without their own ‘mons to act as bodyguards. And yet, beyond having their own fire-breathing dragons or water-spouting tortoises, the citizens of the Pokemon world walk around completely unarmed.

Remember when Lance’s Dragonite used a Hyper Beam on a Team Rocket Grunt? That man is dead now. He was a criminal, sure, but he had a wife and two kids to feed, and have you seen the prices in the Poke Marts? No way he was gonna come up with that kind of cash legit. If he’d had a shotgun, he’d still have been obliterated by that Hyper Beam, but for a split-second before he was vapourised he’d have felt like he stood a chance. 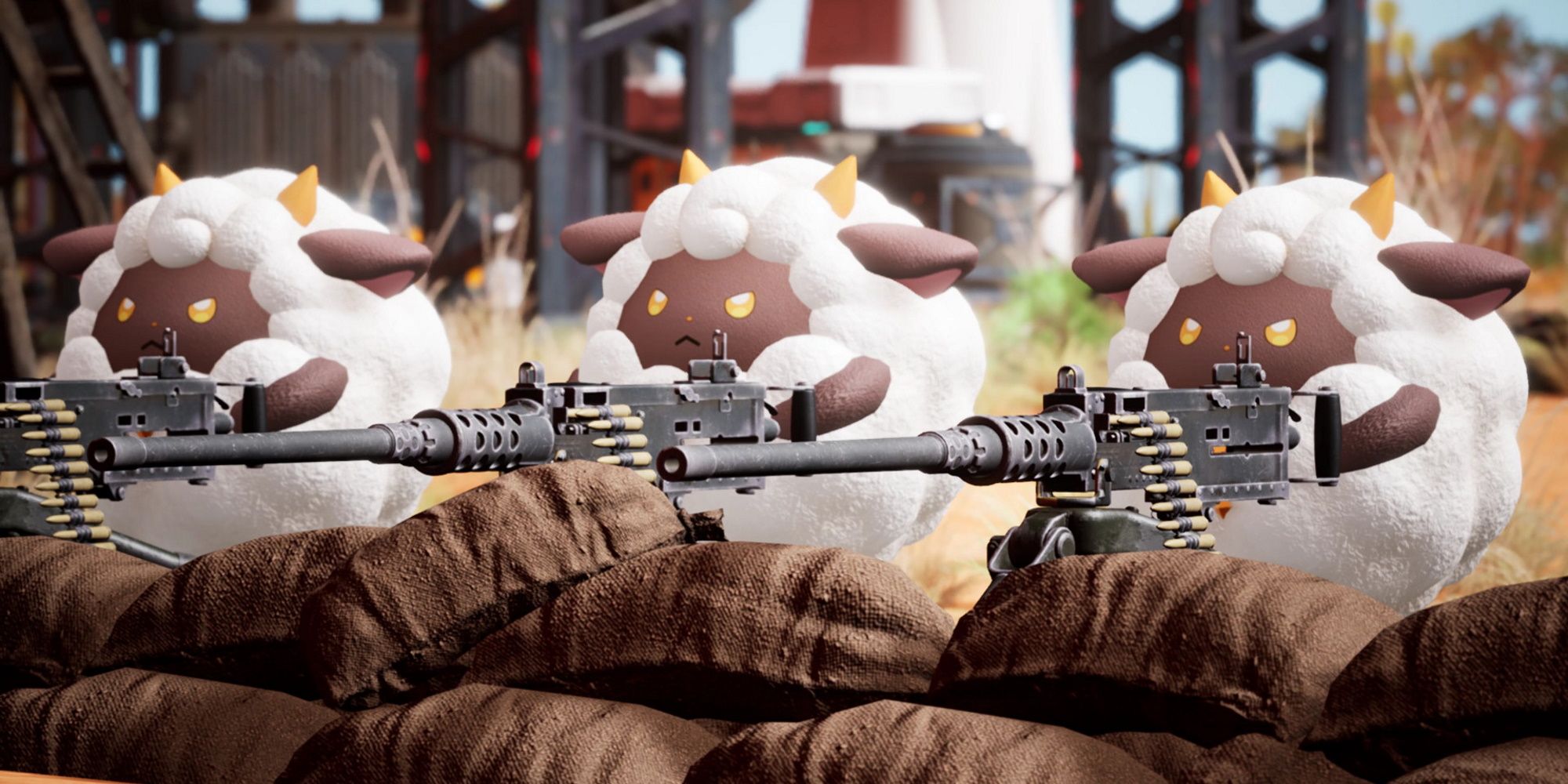 The people of Palworld are taking no such risks. They know what’s out there and they’re ready to kill it. Hell, they’re ready to capture the weaker Pals and put them to work in weapon factories so they can arm the bigger Pals. Now while I’m all for the people in Palworld having guns, I do think giving them to the Pals is a recipe for disaster. I don’t know if the bigger ones know the smaller ones have been enslaved, but I imagine when they find out they’re going to turn those guns on the people responsible.

We may not like seeing the protagonist of Palworld spraying magical creatures with an assault rifle, but in a world where these beings have somehow evolved alongside traditional weaponry, I can only assume it’s because it was too hard to tame the beasts without the guns. You don’t need a pistol if you’ve got a Charizard on your side, but if you can’t tame the thing, you can be damn sure you’ll want a way to clip its wings. 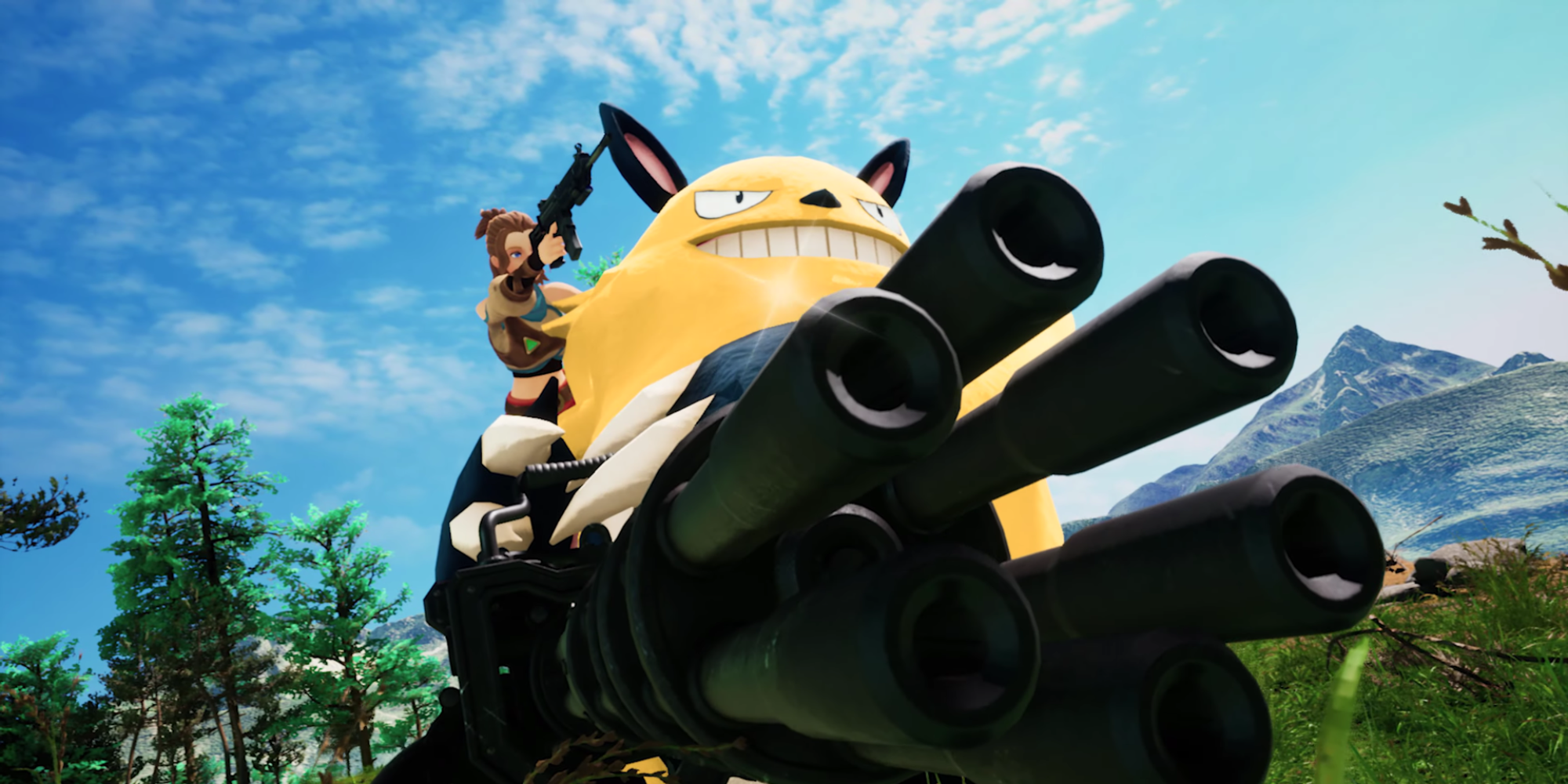 I like to think of Palworld as an alternate future timeline for Pokemon Legends: Arceus. The Alpha Pokemon evolved into Pals, and the Hisuians got sick of being fodder every time they stepped out of their villages. They industrialised, fast, using the weaker Pals to arm the more tameable ones, and using them as the footsoldiers in their war against the beasts. Or maybe the devs just thought guns would pull in a bigger audience.