Paradigm Paradox is an otome visual novel set 500 years in the future. This new game brings together a large cast of characters in a world where people live in 'colonies' amidst the earth's polluted surface. If you are new to otome games, we are here to help.

In this guide, we are going to go over some tips to help you get started in Paradigm Paradox. This will include some basics if you don't have much experience with otome games. Since this is for beginners, you will not find any spoilers here, allowing you to browse freely. 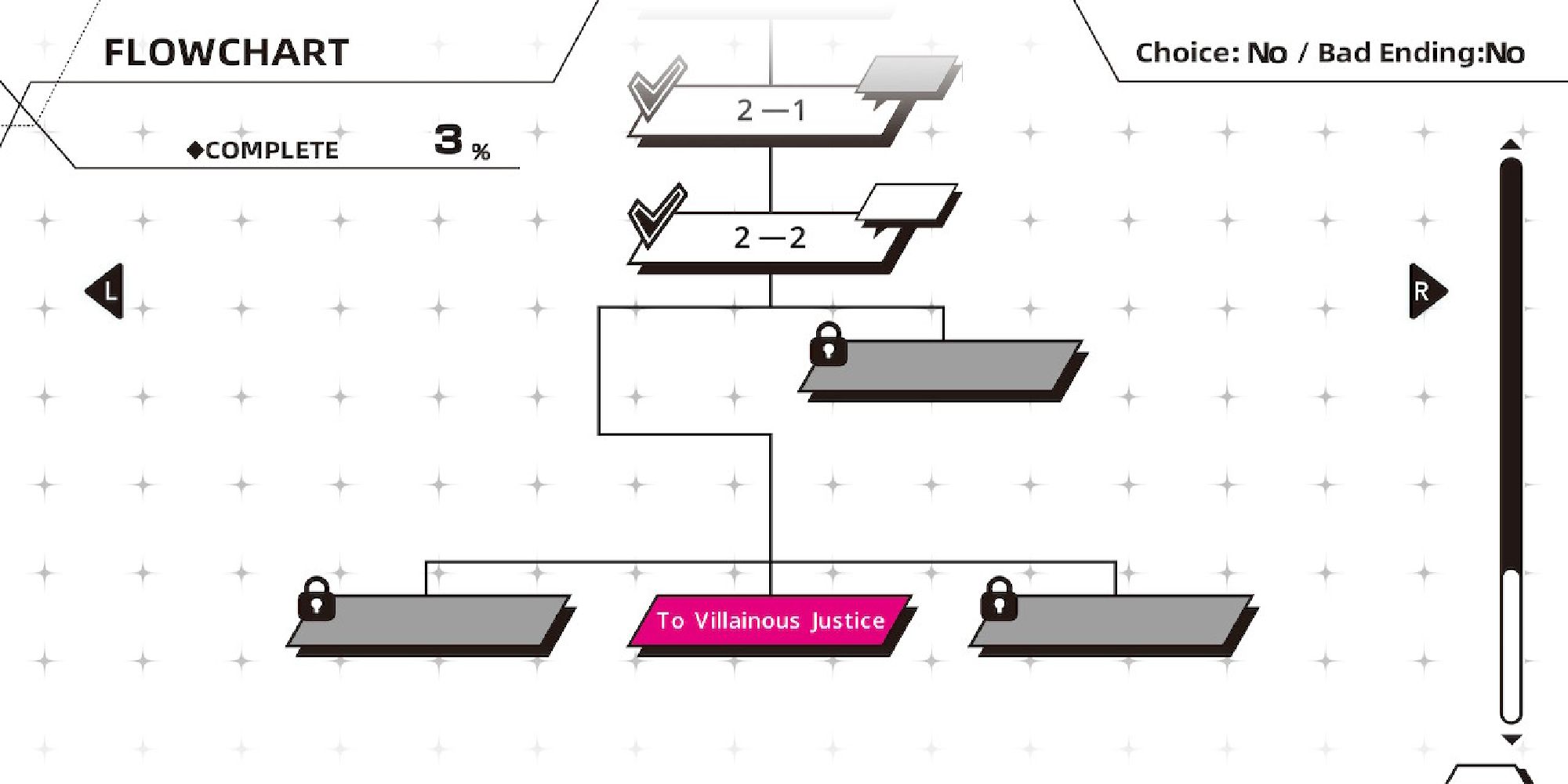 The first important thing that you should be doing is using the flowchart. This will show you everything about the route that you are on, and when the story splits into different routes.

If you are ever lost, just refer to the flowchart! You can even go back to previous sections and start from there, rather than beginning the game again.

Choosing Your Own Conditions 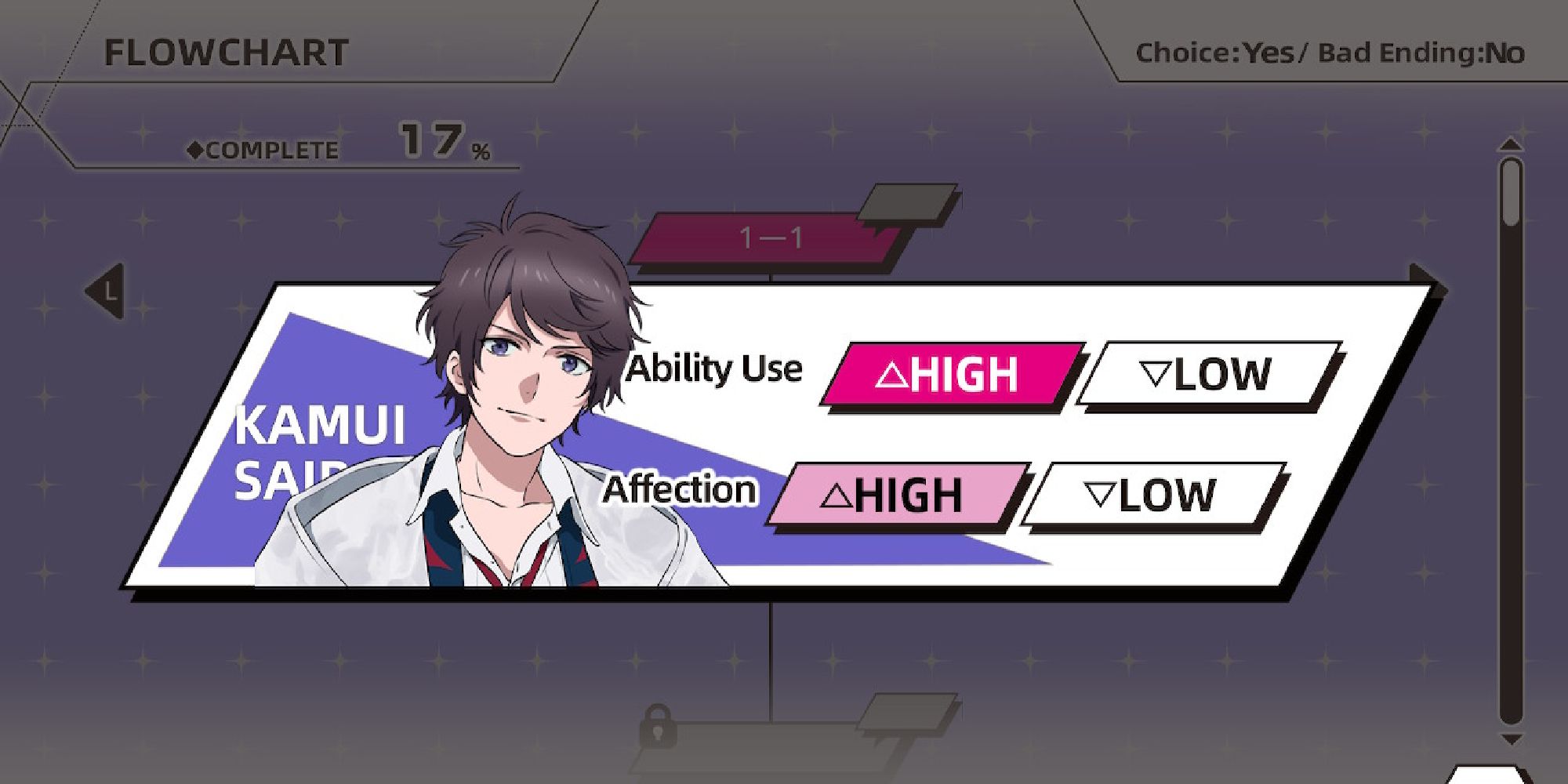 This goes hand in hand with using the flowchart. When you select a section that you want to play again, you can choose the conditions. For example, in the image above, you can see the condition screen for Kamui's route. Here, you will have the option to choose the ability usage and affection for the section, which dictate the route you will go down. 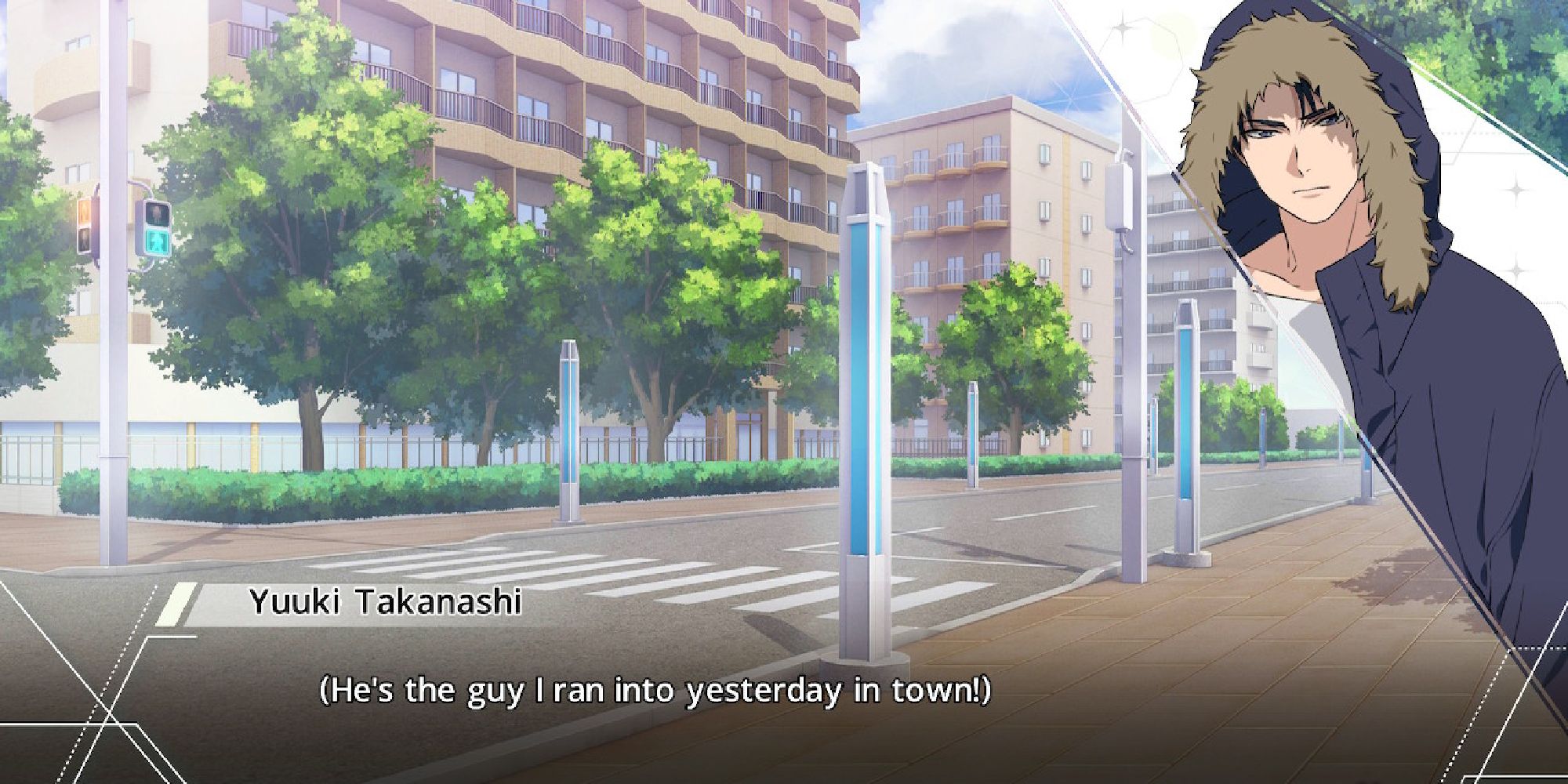 If you choose to replay a section that you have already seen, you are able to skip the dialogue. The skipping function is quite fast, allowing you to get through sections pretty quickly. 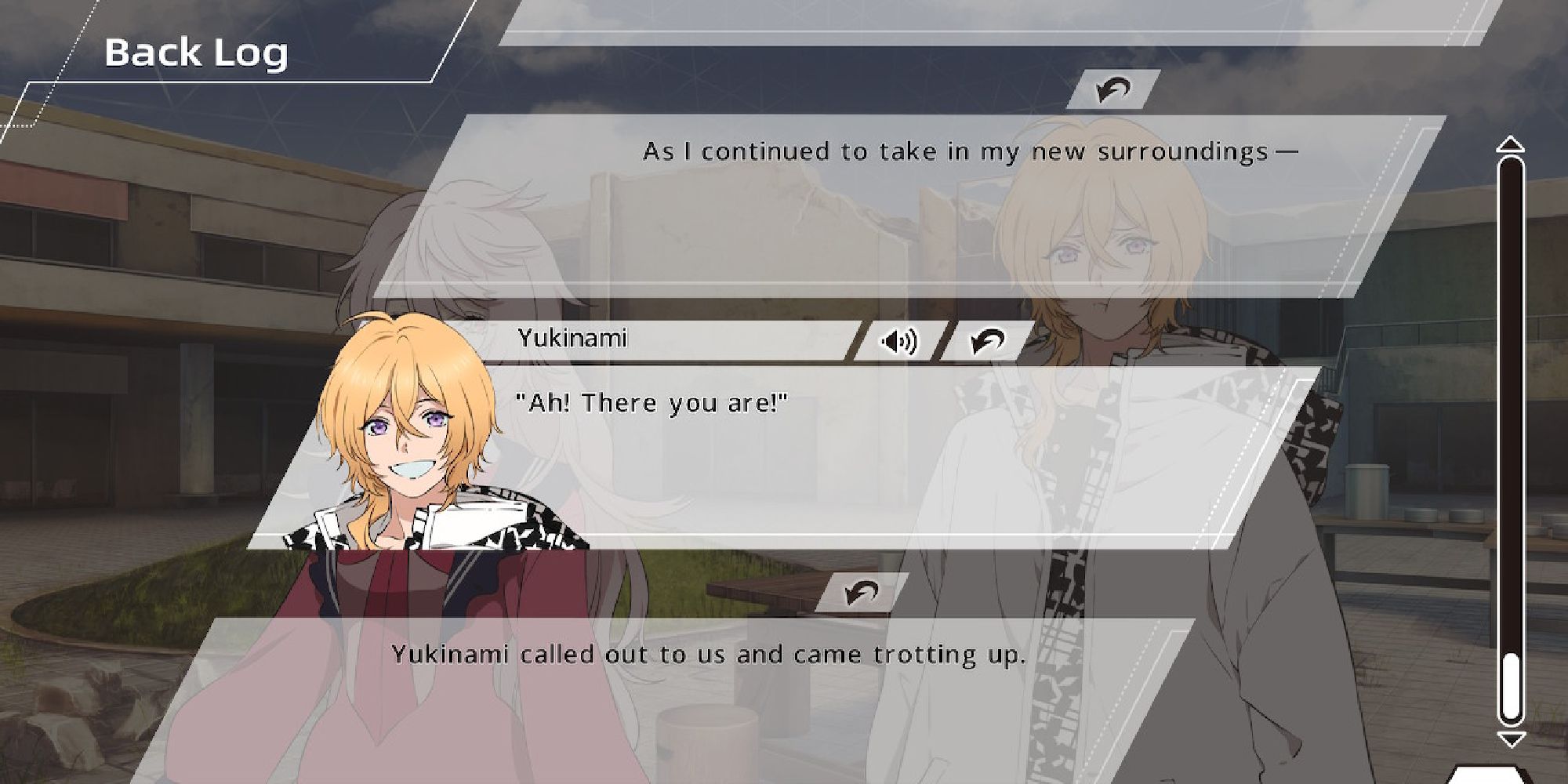 Say you made a decision, but you change your mind a few minutes later. Rather than starting the section completely over again, you can rewind a few lines and make your decision again.

From the dialogue screen that shows everything that was previously said, you can simply scroll to the point you want to start over from.

Choices that you have already made will be displayed in green. If you forget what you have previously chosen, just look for the green! 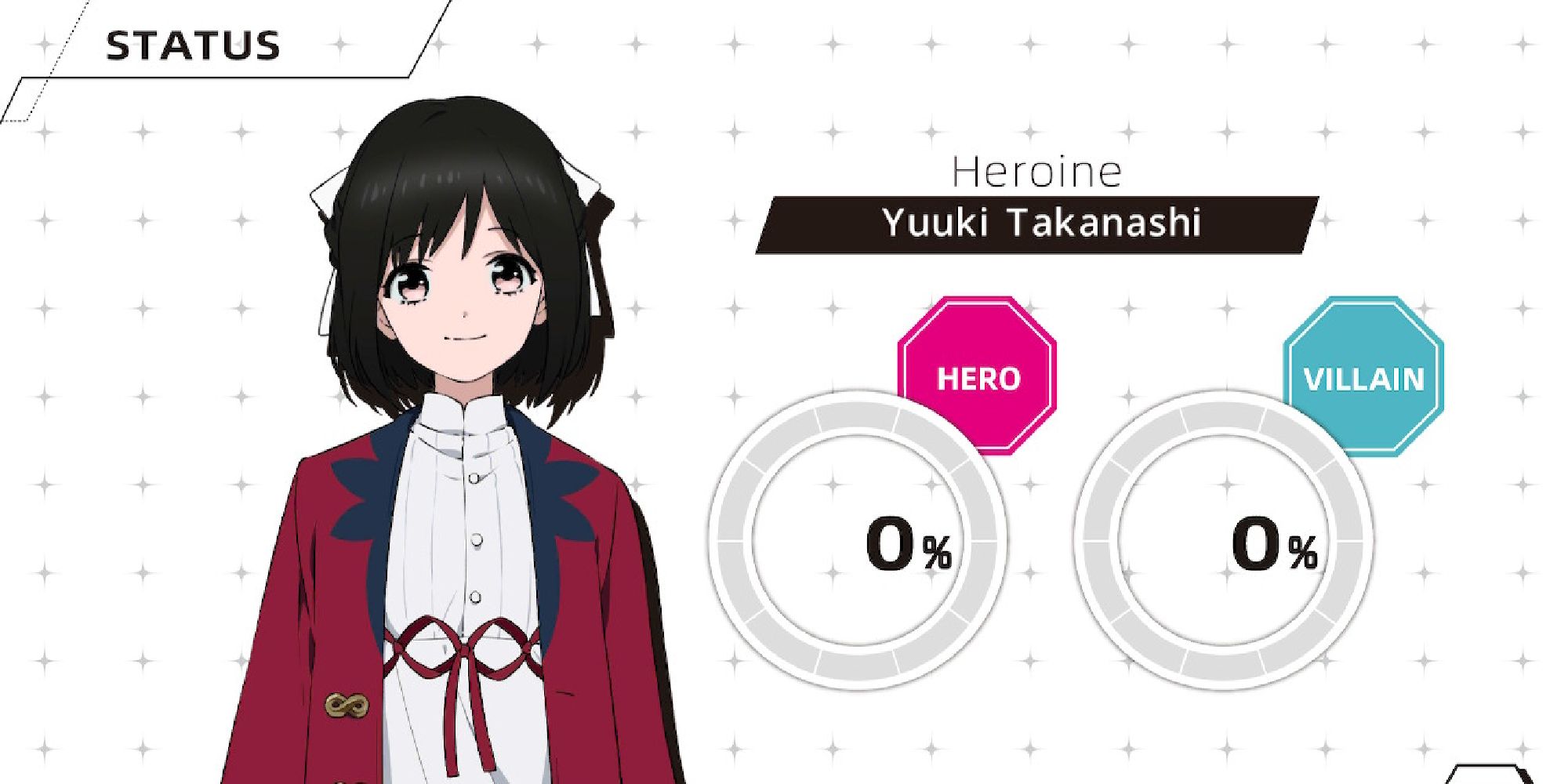 The status menu will display your tendencies. In the common route at the start of the game, it will display 'Hero' and 'Villian'.

Making choices will influence the status, which determines what route you go down. Rather than heading to the status menu, you can quickly see what changes based on the effects on your screen. 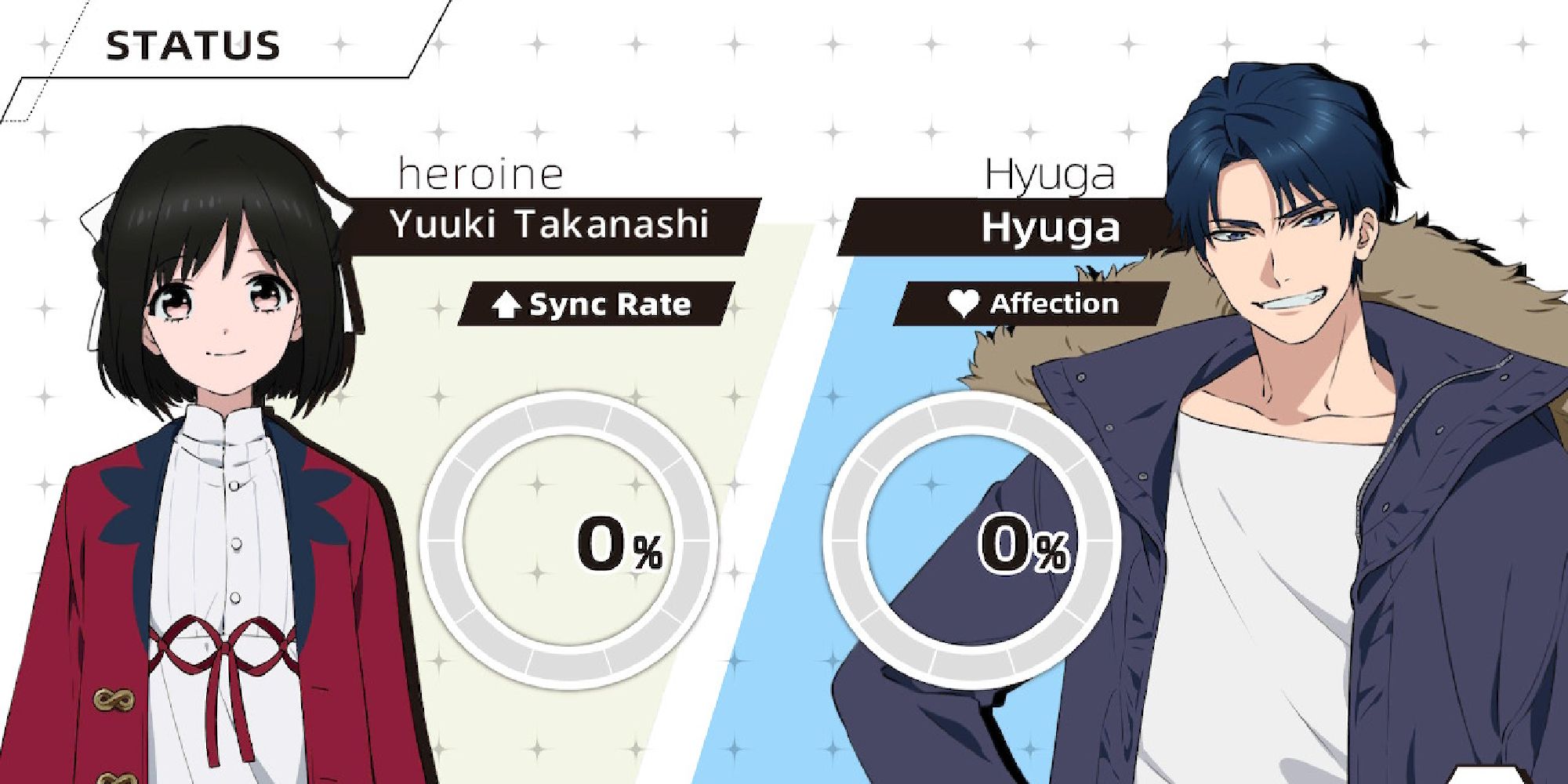 For example, if you make a choice that is more heroic, you will see a double helix on the left side of the screen. On the other hand, if you make a villainous choice, the double helix will appear on the right. Once you are on a route with a love interest, choices that boost affection will show a little sparkle in the center of the screen. Overall, this allows you to quickly see the outcome of your actions. 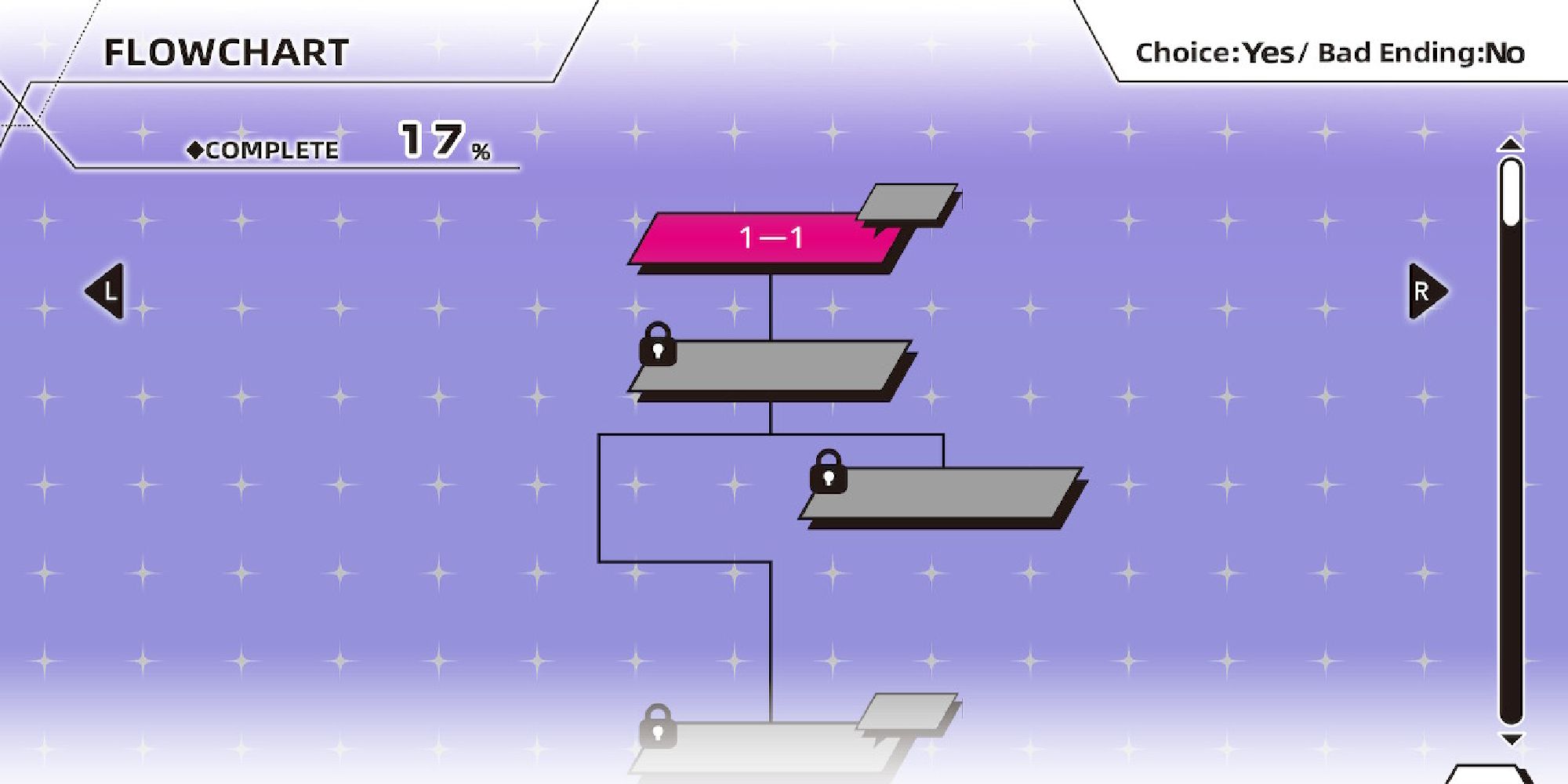 This goes without saying, but it's important to play through all the routes! If you want to experience all the content, you can even purposely get bad endings.

In one route, you can get a decent picture of what is going on in the story, but by playing through additional routes, you will learn more. The game is split loosely based on heroes and villains; if you go down a hero route never do any villain routes, you won't see the full story. 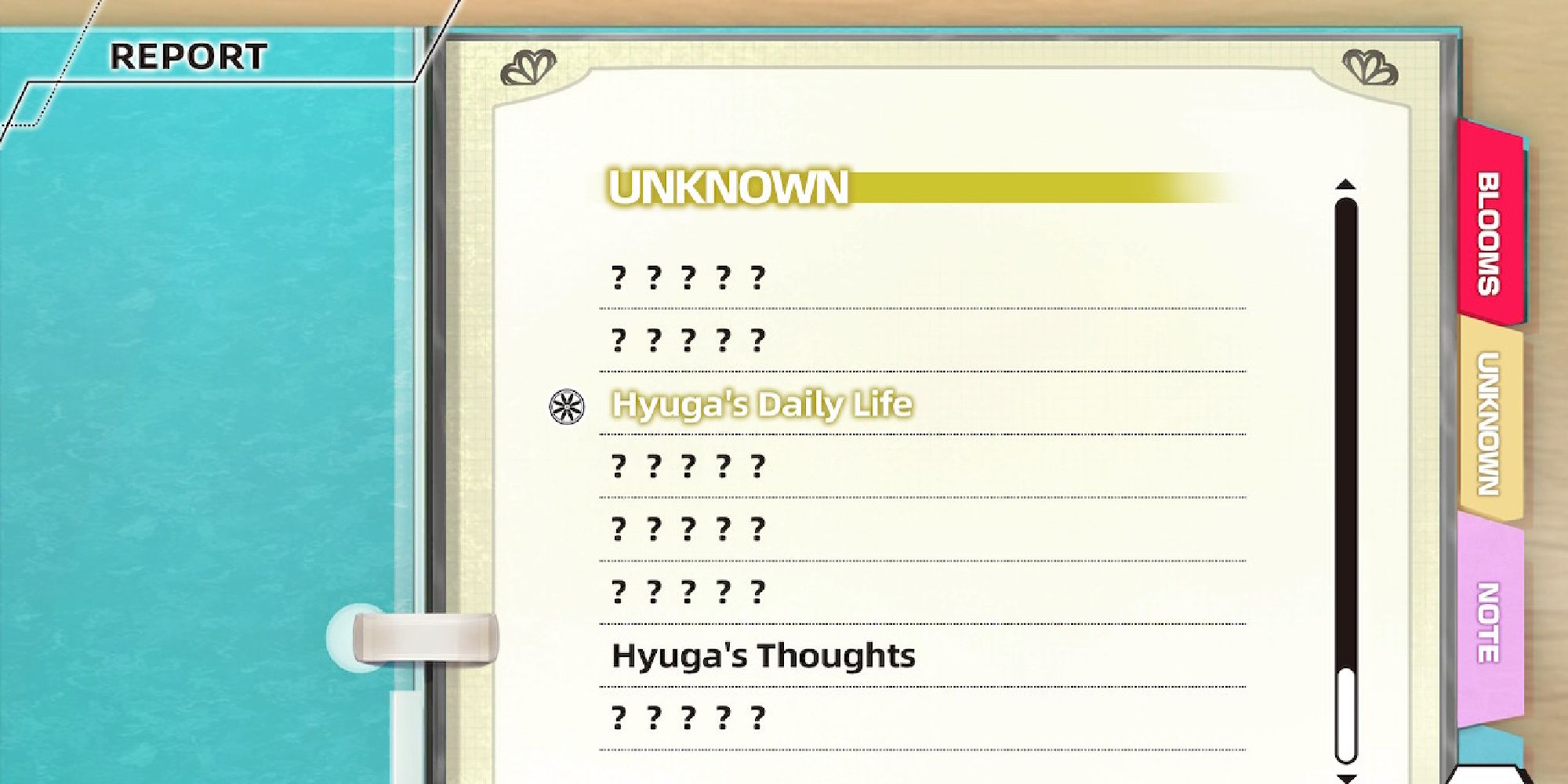 After completing at least one route, you will unlock the Activity Report. This is an option from the main menu that will take you to an album, background music, and detailed reports. The album will show CGs that you have seen, and as the name suggests, the background music menu will show you all music that you've heard.

From the detailed reports folder on the right-hand side of the Activity Report screen, you will be able to learn more about the world and specific characters. This will provide helpful information, as well as cute little details. For example, after completing Hyuga's route, you will be able to watch a short cutscene about his daily life. This isn't essential to the story, but it helps you get to know him a bit better.