While a common trope in anime, you rarely see games tackle what is often referred to as the “slice of life” story. There are some titles where the comparison can be drawn -Animal Crossing is the biggest example-, but gaming tends to focus more on action or interactive systems versus just telling a simple story. That aspect is what drew me to Button City, a game that is very much cut from the mold of management/life sim titles.

Created by indie developer Subliminal, Button City is a smorgasbord of a bunch of different inspirations that results in a charming, cute, and relentlessly upbeat little game. The main gist is that players will be working their way through small dioramas as they attempt to get to the bottom of why a certain gang is suddenly dominating at the local arcade.

The demo that was available during PAX Online (and is on Steam for everyone to try) gives you a short taste of what to expect from the final game. You’ll be in control of a fox named Fennel as he recruits some friends to take on the “Scrub Squad” and become the local masters of the Gobabots arcade machine. The obvious references and elements taken from Nintendo’s wildly popular life sim can be felt almost immediately.

Rendered in what is almost a Claymation style, the pleasingly bright and minimalistic art style evokes a child-like feeling that could be compared to playing with toys. With the camera slightly pulled back and each location small in scale, it’s not hard to transport yourself back to the days of your youth. Most people will have memories of making action figures talk to each other and Button City is basically that in digital form.

Travel through the world in Button City is nearly instantaneous. From each specific location, you can quickly pull up a small stacked grid that lets you teleport to where you need to be. While you’ll be traveling to different locations to complete various objectives, the main idea isn’t to create some massive world. Button City is meant to be intimate and has players quickly interacting with story beats instead of bloating the runtime.

Once you do assemble your team, there is something of an action-based mini-game to play. The aforementioned Gobabots machine takes the form of a rudimentary “King-of-the-hill” styled action brawler. You’ll bash your opponents, collect fruit, and deliver it to a central point. It’s clearly not the main draw here but is something beyond just talking to other NPCs. 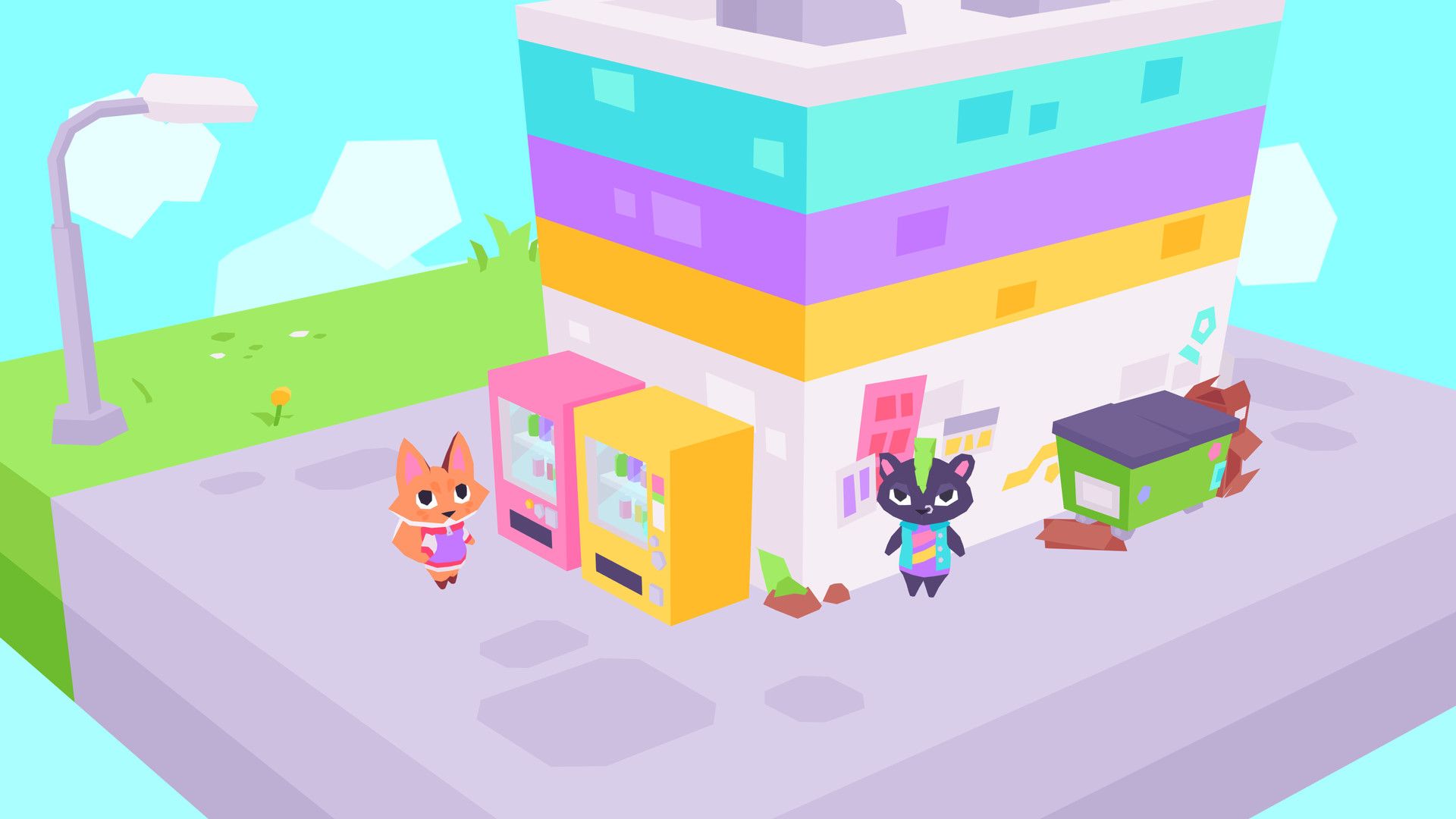 Even if it didn’t exist, the writing and wonderfully positive attitude of each character makes just existing in this world a joy. The only thing that might confuse you is the rather uninformative menu system, but Button City is still in a beta stage. There’s clearly a lot of work to be done, but the foundation laid out here is a great starting position.

Built on the Unity engine, Subliminal wants to intentionally create a title that can be ported to different platforms. It currently is slated just for PC, but will likely end up on Switch, PS4, and Xbox One. With how much Button City draws from Nintendo’s franchises, it would be a shame to not have a chance to sit alongside Mario, Zelda, and Animal Crossing.