Persona 3 Portable has you fighting against Shadows and humans alike as you work to stop the Fall — a cataclysmic event that heralds the end of the world. Every full moon will have you venturing deeper into Tartarus to defeat a major boss. These Arcanas form a piece of a greater foe, who holds the power over death itself.

Despite the danger, not all of these bosses are created equal — looking at you, Strega. With over a dozen bosses to get through, the chances are high that some will be much easier for you than others. 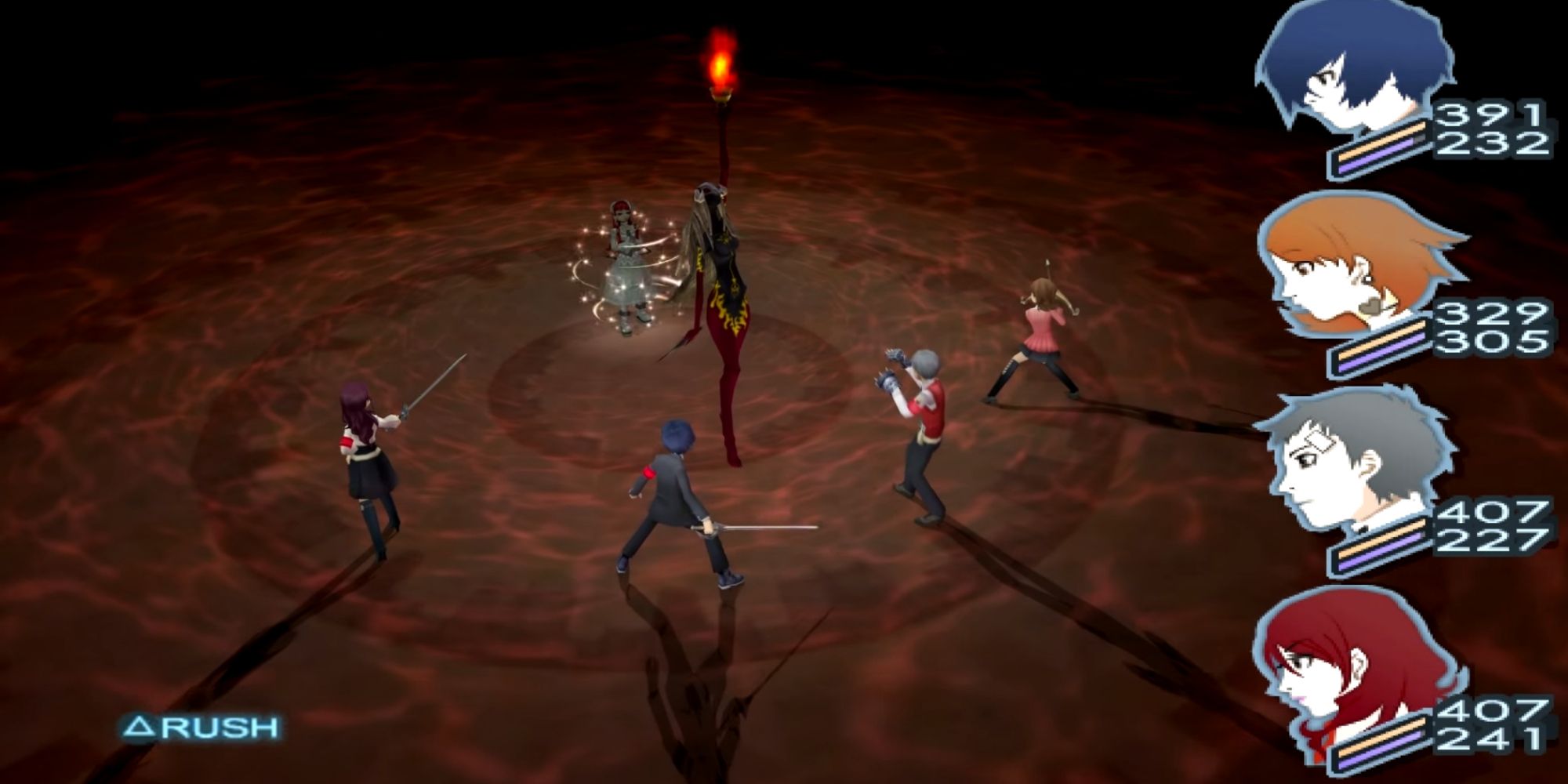 Chidori Yoshino has you facing off against a Persona user, but since it is a four versus one battle it’s not very difficult. Chidori has a wide range of moves, however, you will likely finish her off before you see a majority of them. The emotional impact of the battle is far more significant than her battle mechanics.

The chances are high that once you reach this point in the story, you would prefer to not fight her at all. Junpei would certainly agree. 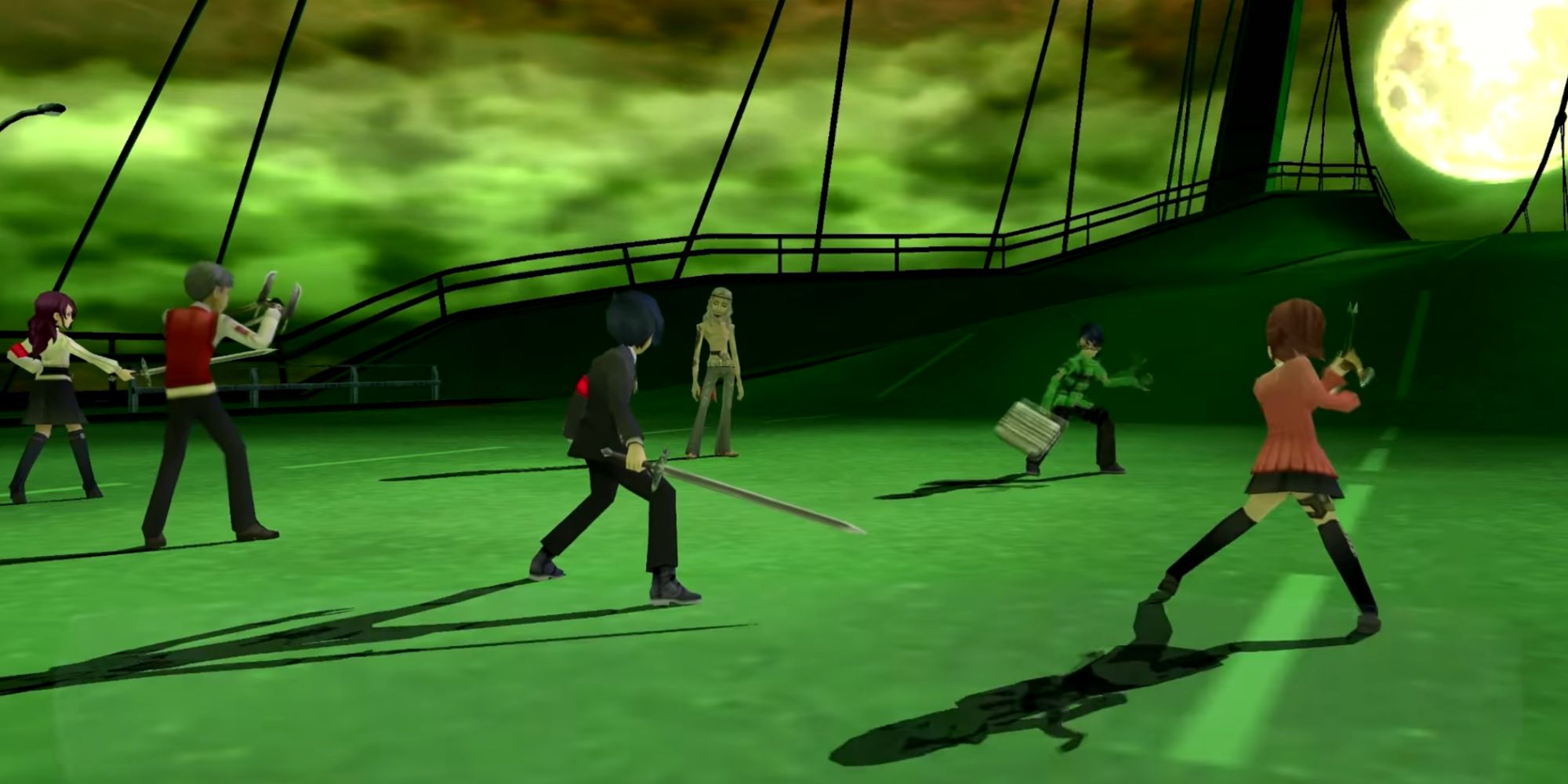 The fight against Takaya and Jin takes place during the eighth Full Moon Operation and marks your first battle against fellow Persona users in the story. Unfortunately at this point in the game, the fight doesn’t pose too much of a challenge.

Jin and Takaya don’t have a very large health or move pool, and they can quickly become overwhelmed against your four-member party. If you come to the fight adequately leveled, you won’t find the pair to be too challenging. 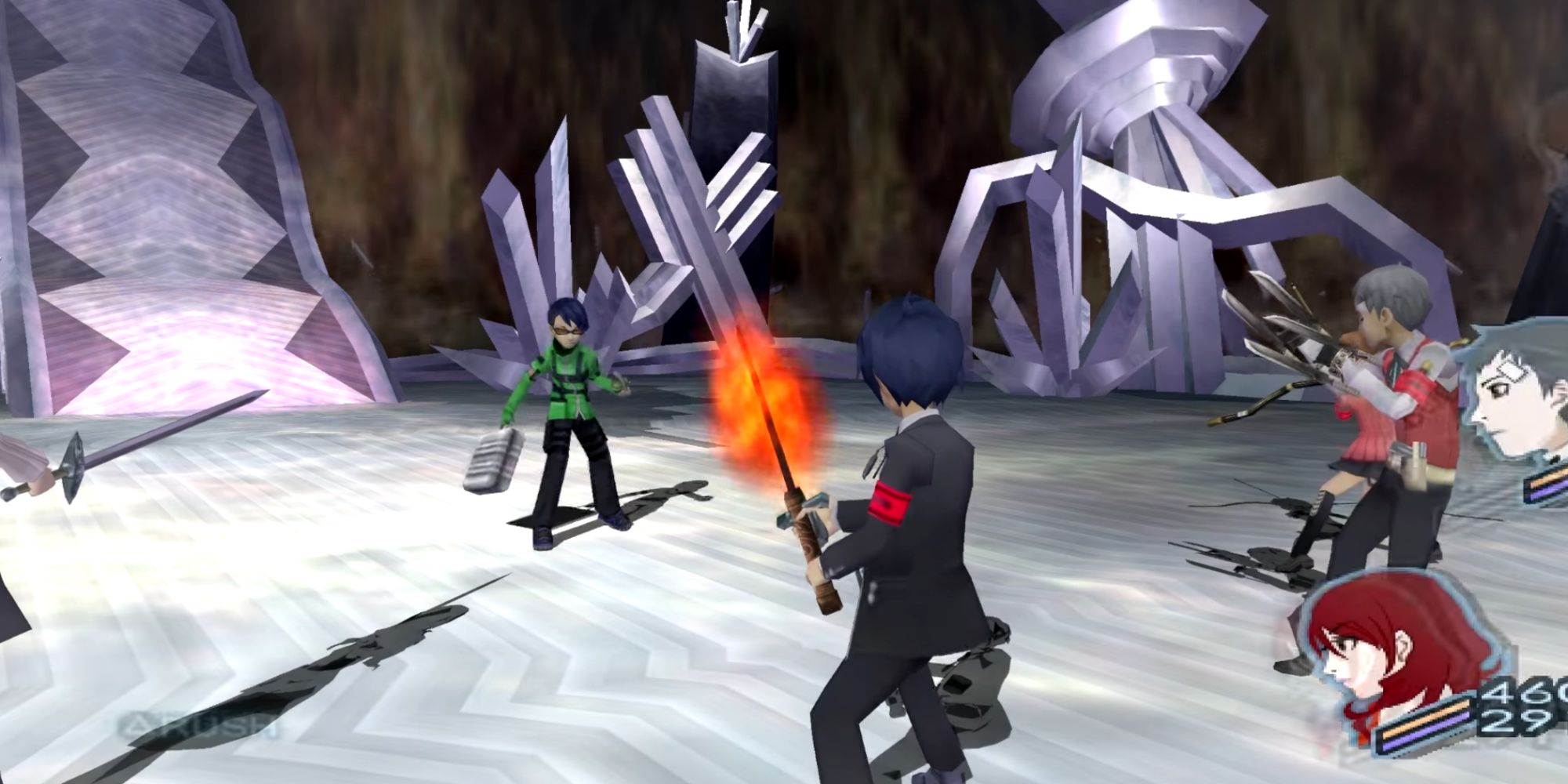 The solo fight against Jin Shirato is only a little bit harder than your previous encounter with him. Jin has a huge list of possible attacks, but he suffers from the same weakness as the other Persona-wielding bosses — he is vastly outnumbered in this fight. Jin will commonly use Infuriate to enrage your whole party, but in a funny turn of events it usually gets him killed even faster.

That’s because the fight occurs so close to the end of the game that your party will be dishing out tons of damage. Jin simply can’t survive the onslaught of enraged attacks. 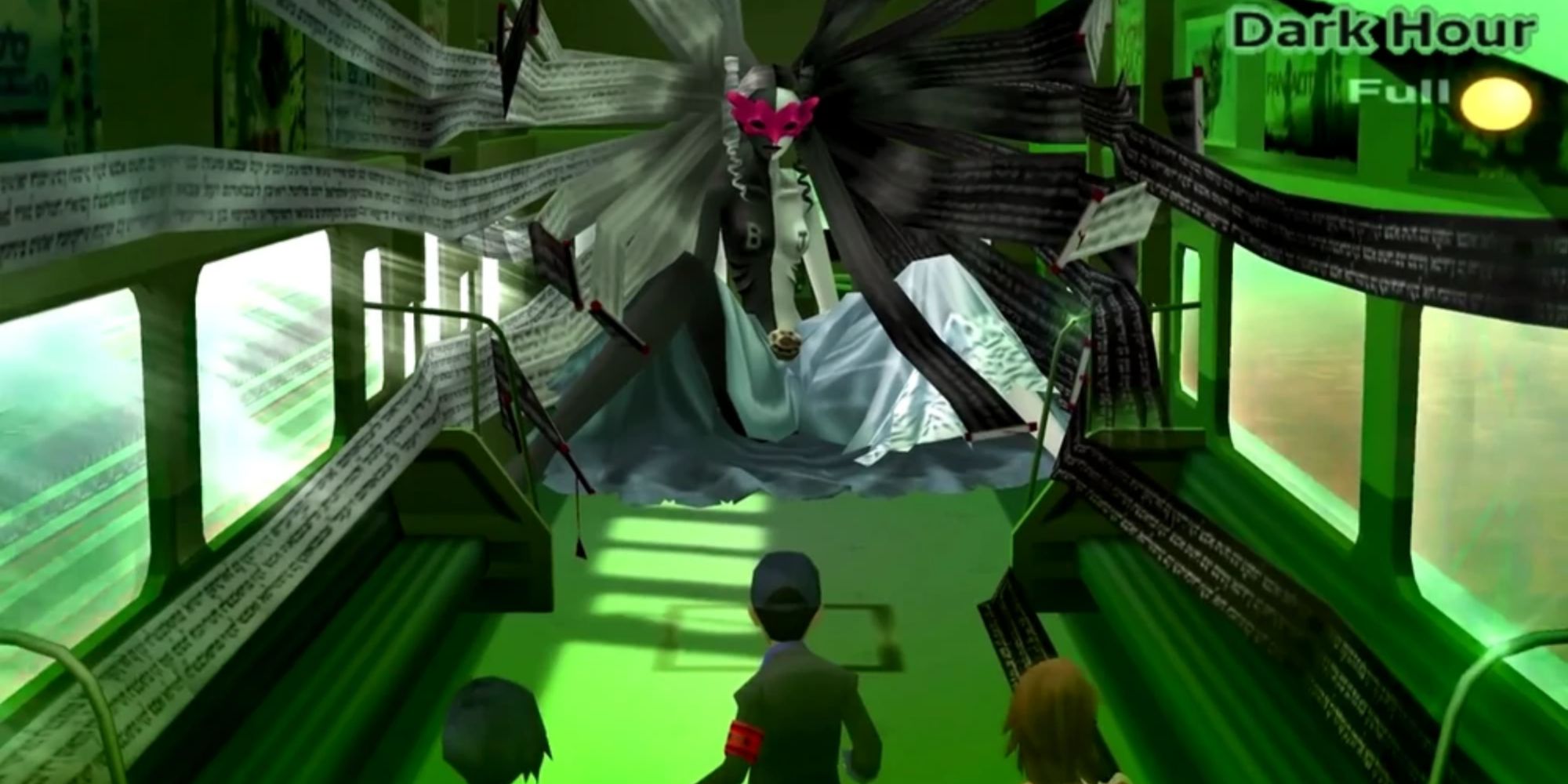 This mechanic means that time management can become tricky. Arcana Priestess being the first story boss makes the time limit itself more of a challenge than the actual fight. 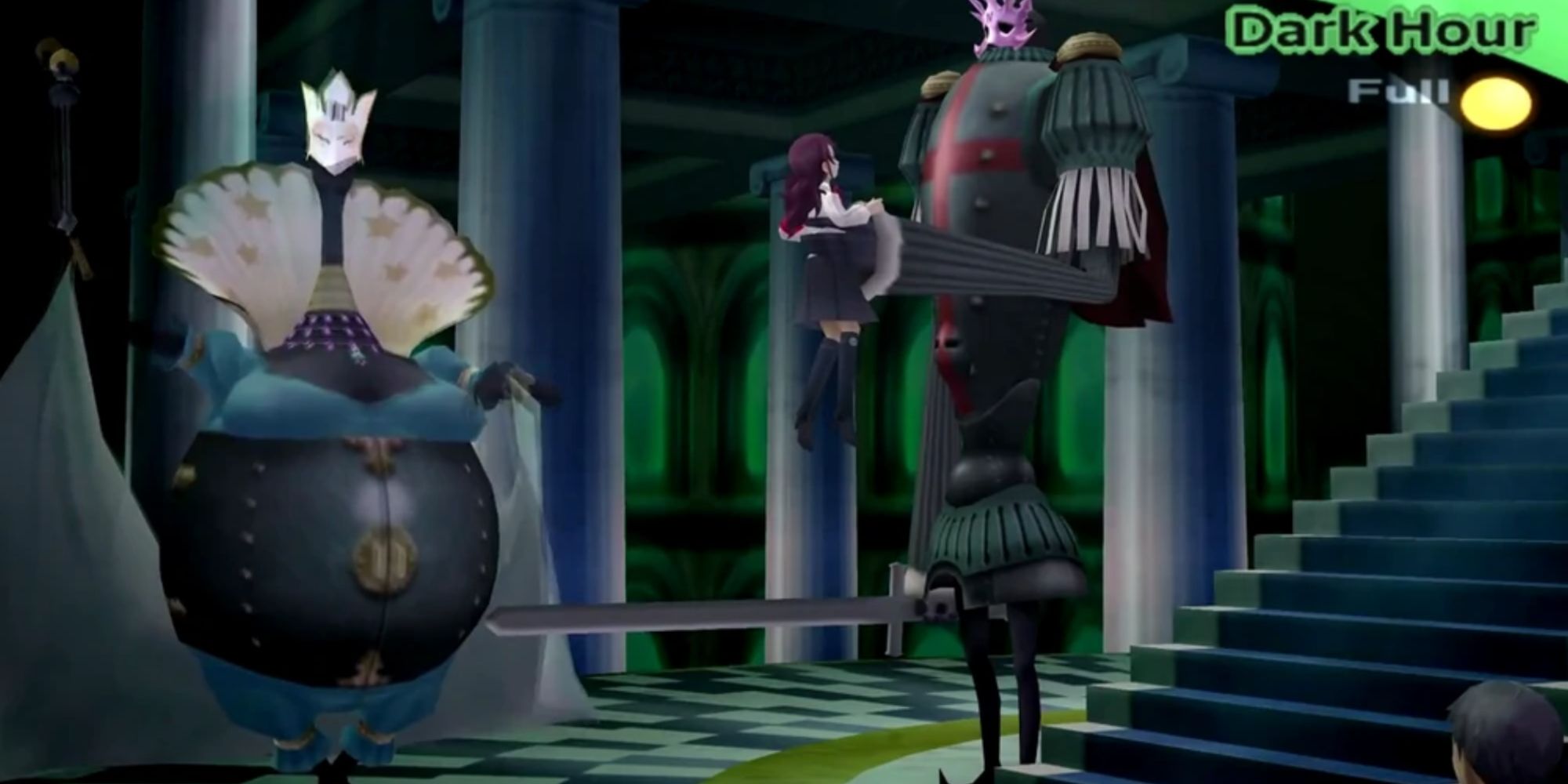 Arcana Emperor and Empress will stand in your way during the third Full Moon Operation on June 8. This double-team fight can be challenging because of their Paradigm Shift ability, which lets Empress and Emperor swap their affinities towards physical and magic attacks.

Ultimately, the fight is meant to showcase the scanning ability of Fuuka, which identifies current weaknesses. Staying vigilant of these changes should allow you to see through the battle without too much difficulty 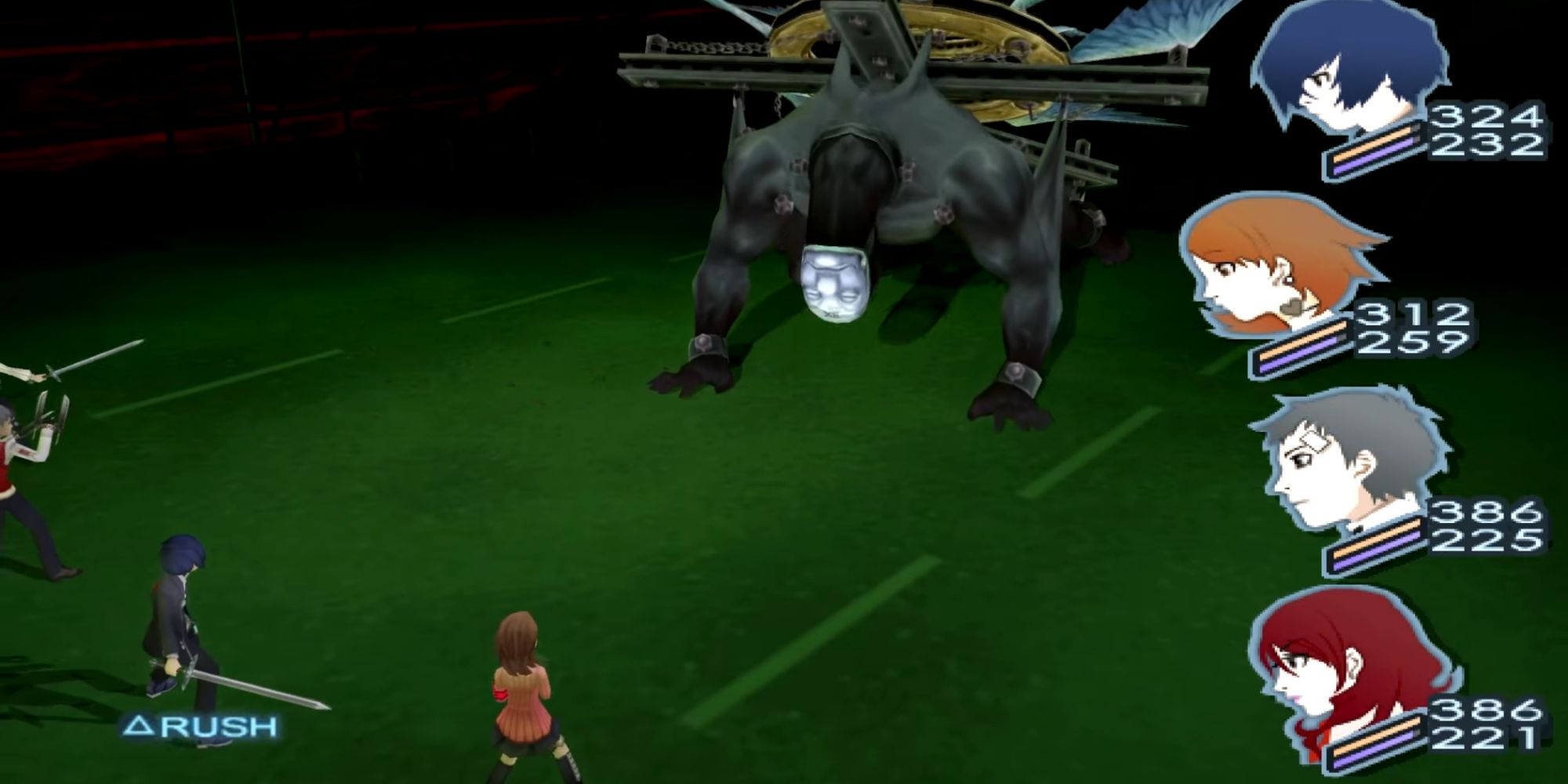 You take on the Hanged Man during the eighth Full Moon Operation after wiping the floor with Takaya and Jin. The Hanged Man has one main gimmick, which is that it can’t be attacked until three statues beneath it are destroyed.

This isn’t very difficult, and as long as you can mitigate physical damage, the Hanged Man doesn’t pose a large threat. Compared to some of the other storyline bosses, this Arcana proves to be more annoying than challenging. 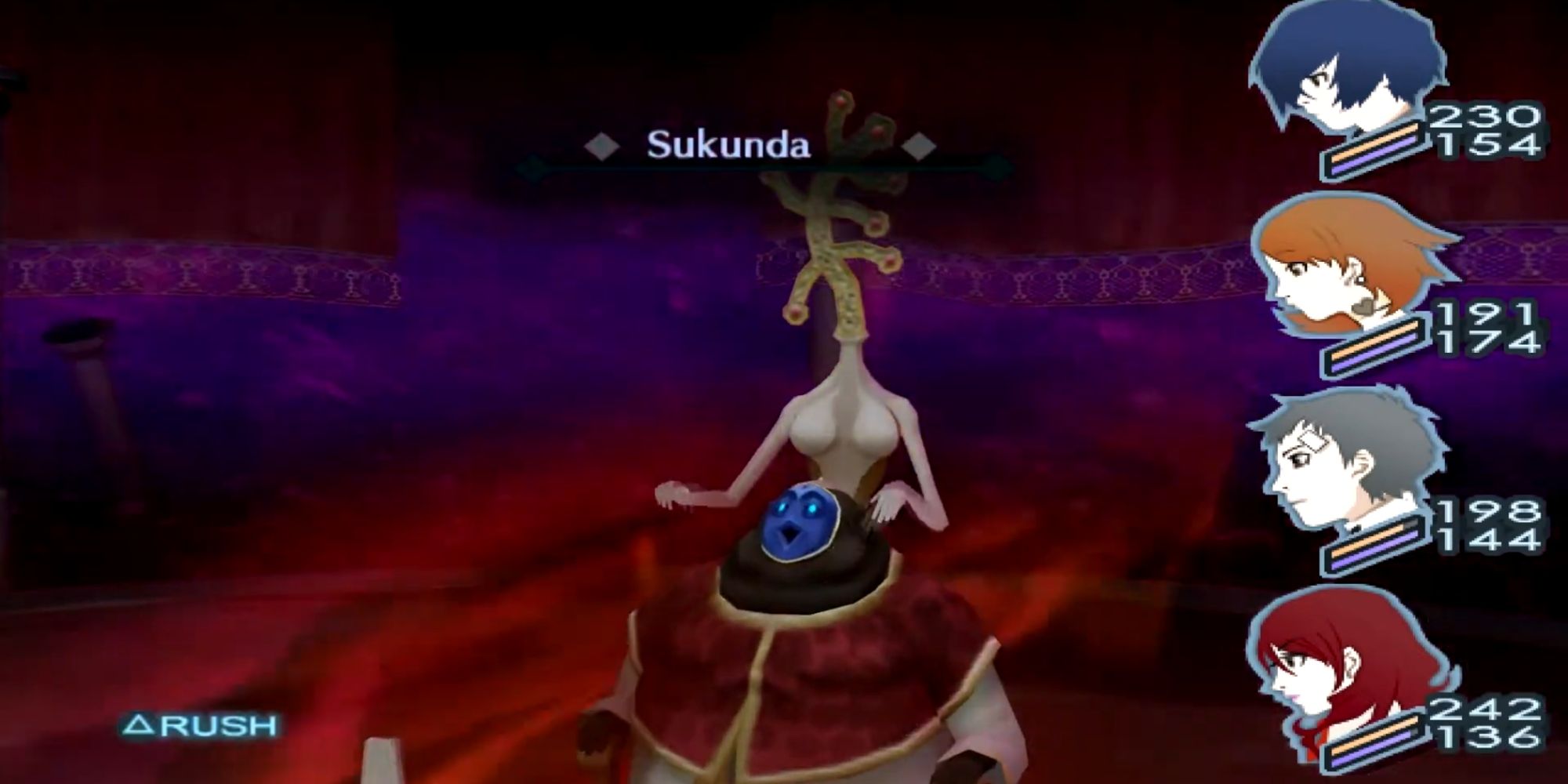 Arcana Hierophant is met on July 7, and its bizarre appearance may lead you to underestimate its strengths. Previous bosses tested your ability to think quickly and adapt to changes. Following that line, Hierophant introduces managing status effects. One of its signature abilities is “Prophecy of Ruin,” which will inflict a Fear debuff on your whole party.

Effectively utilizing Patra will help keep party members in the fight instead of cowering in the corner. 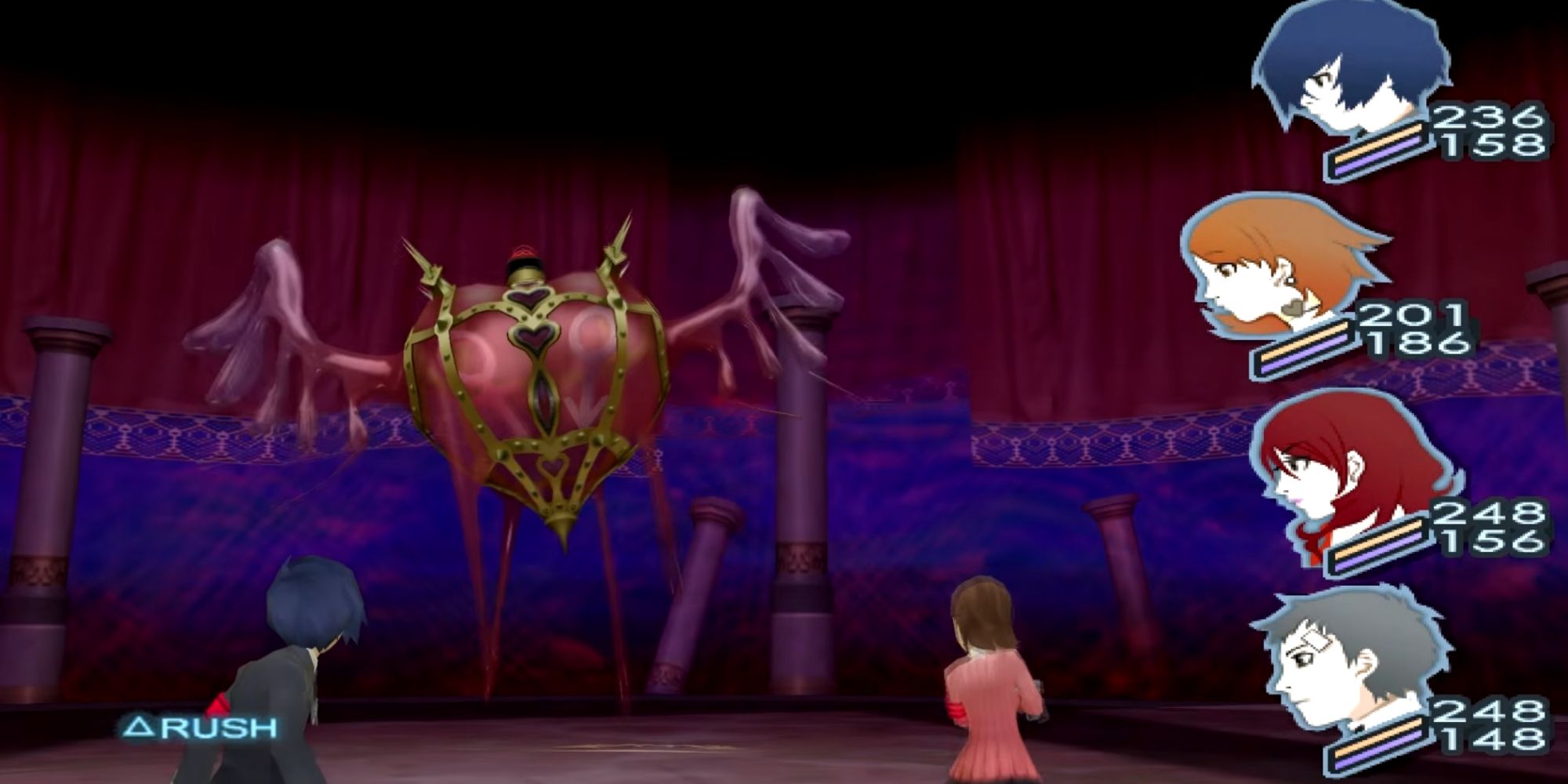 Arcana Lovers is an ominous flying heart, and you will fight it in the same Full Moon Operation as Arcana Hierophant. Arcana Lovers is more dangerous than its predecessor. Instead of spreading fear, Lovers will repeatedly attempt to charm your team. This makes it a significant threat, as Charm will quickly have your party turning on itself or healing the boss.

The Lovers also has the signature skill “Heartbreaker,” which does significant damage to any party member inflicted by Charm. Coming unprepared to face this status ailment will make the fight much harder. 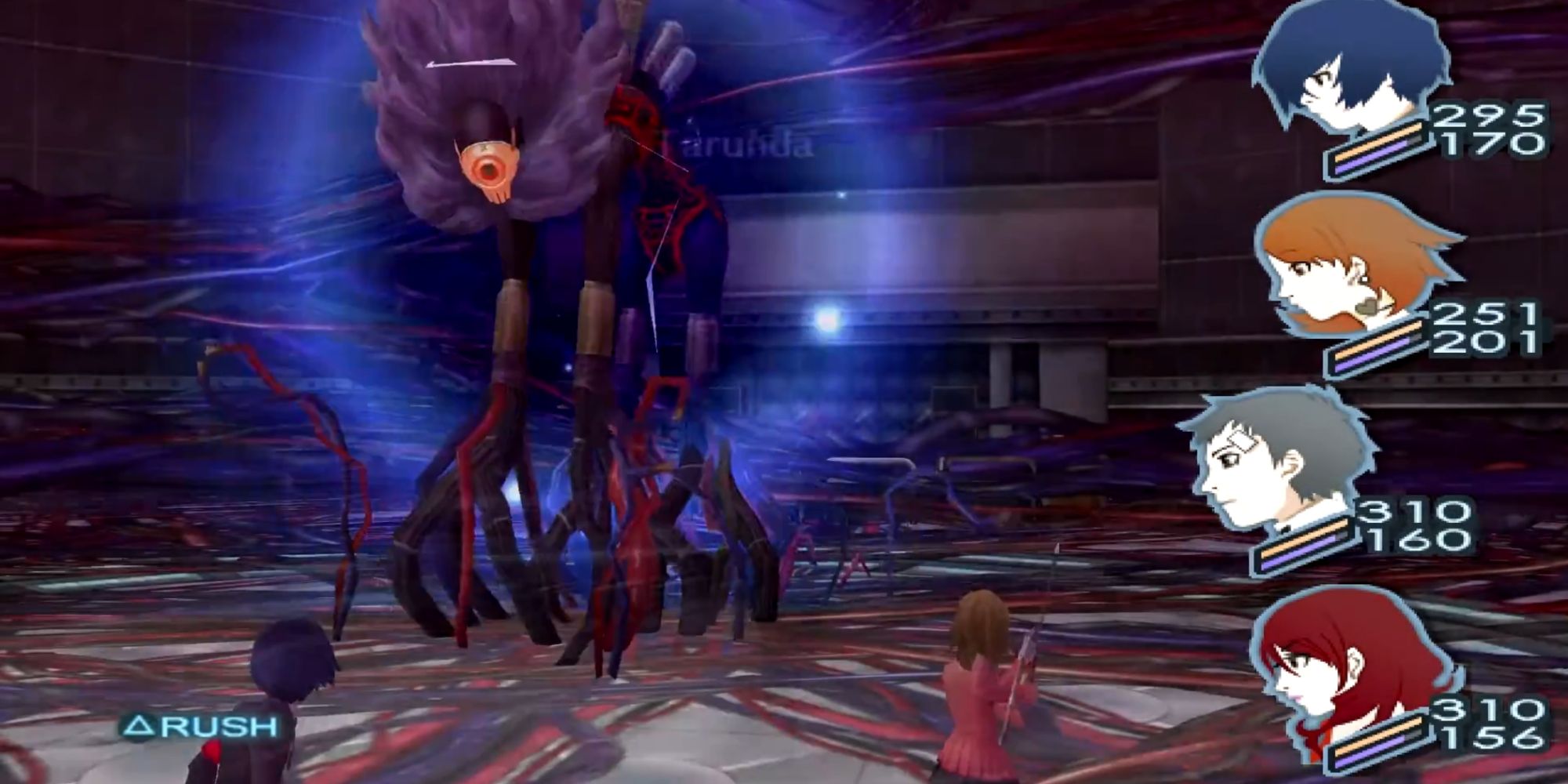 Arcana Hermit is the final boss of the sixth Full Moon Operation. As a shadow that has connected itself to a malfunctioning power supply, Hermit specializes in electric attacks. This singular strength is also its greatest weakness. As long as you keep personas that are weak to electricity away, the fight is much more manageable.

Hermit has a sizable health pool and can still hit hard, but its elemental reliance on electricity has the potential to give you an edge. 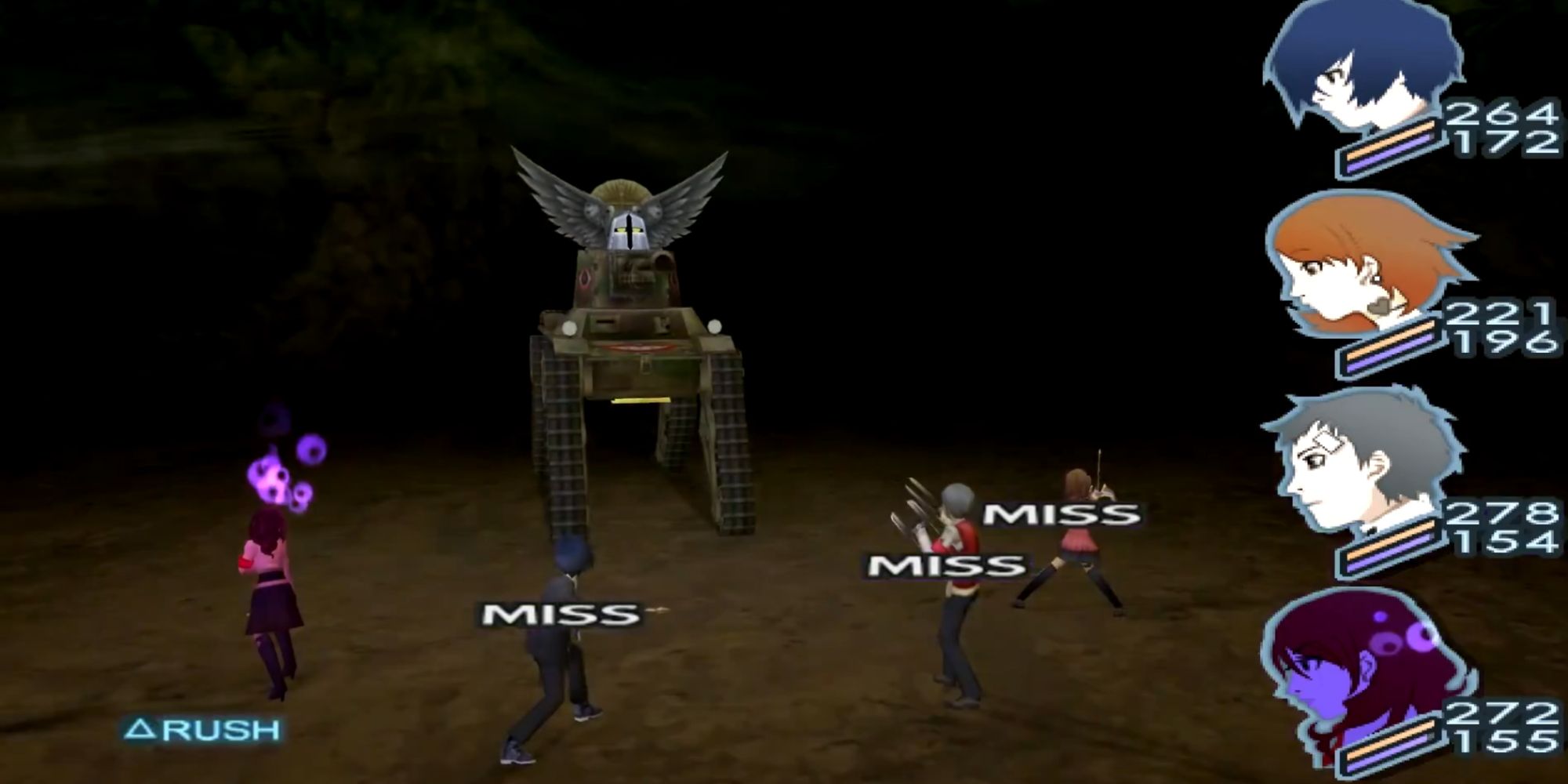 Chariot and Justice are another double-team boss that initially begins the fight combined as one. They are encountered during the fifth Full Moon Operation on August 6. What makes the pair challenging is their ability to revive each other independently. When Chariot and Justice eventually split apart, they can be attacked separately.

However, if you fail to kill both simultaneously, they can bring each other back to life with full health. This makes the fight a race to bash them both down, so they can be defeated simultaneously. 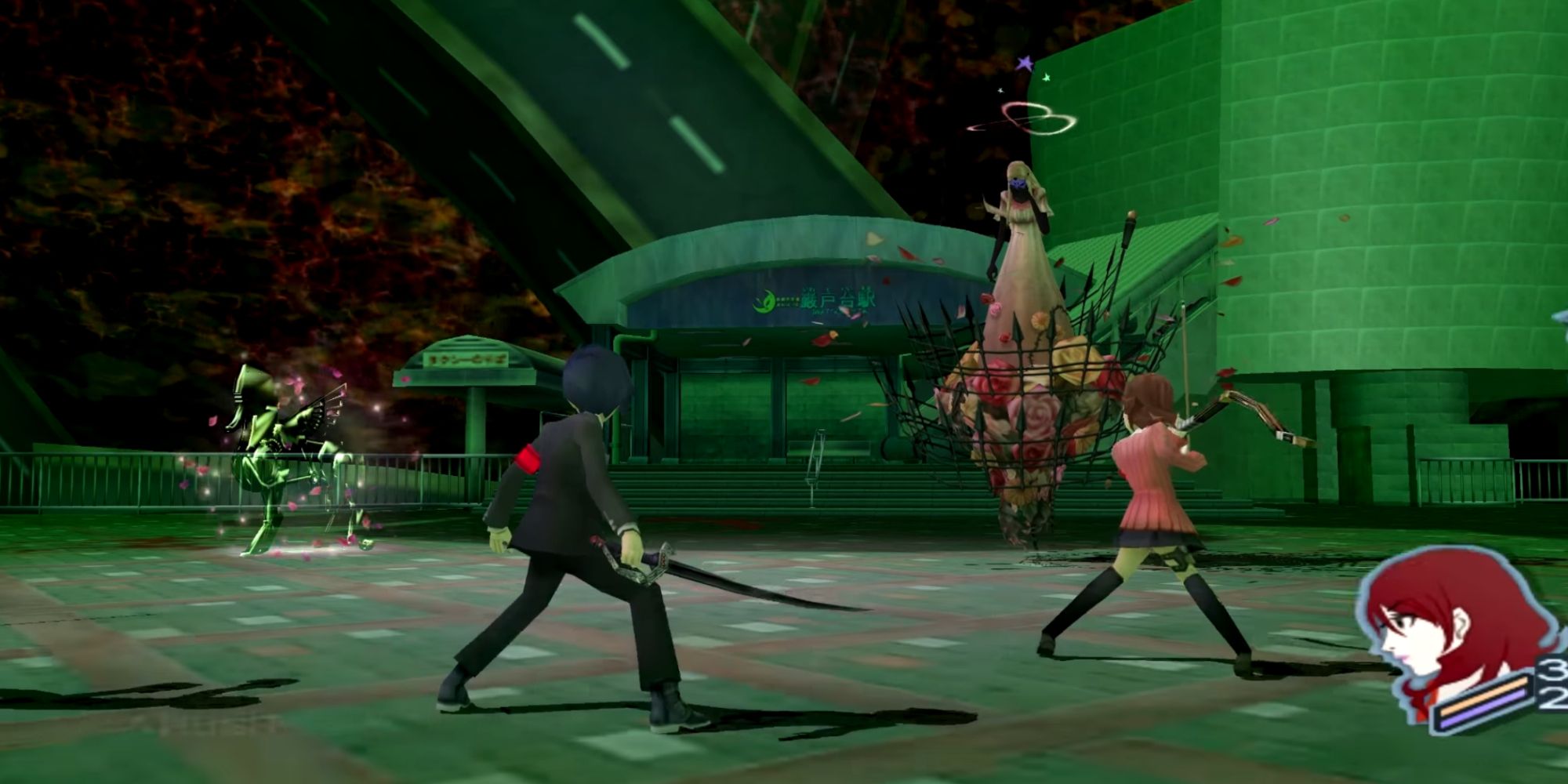 Arcana Fortune And Strength will bring you to battle during the seventh Full Moon Operation on October 4. This fight embodies the concept of hammer and anvil tactics. Arcana Strength will focus on providing a protective barrier to Fortune, as the latter directs the offensive against your team.

This battle is a test of endurance, as you will need to whether the storm of Fortune’s constant roulette-style attacks until Strength can be brought down. Although the roulette attacks may provide you opportunities early on, they quickly become skewed in favor of the boss the lower Fortunes' health gets. 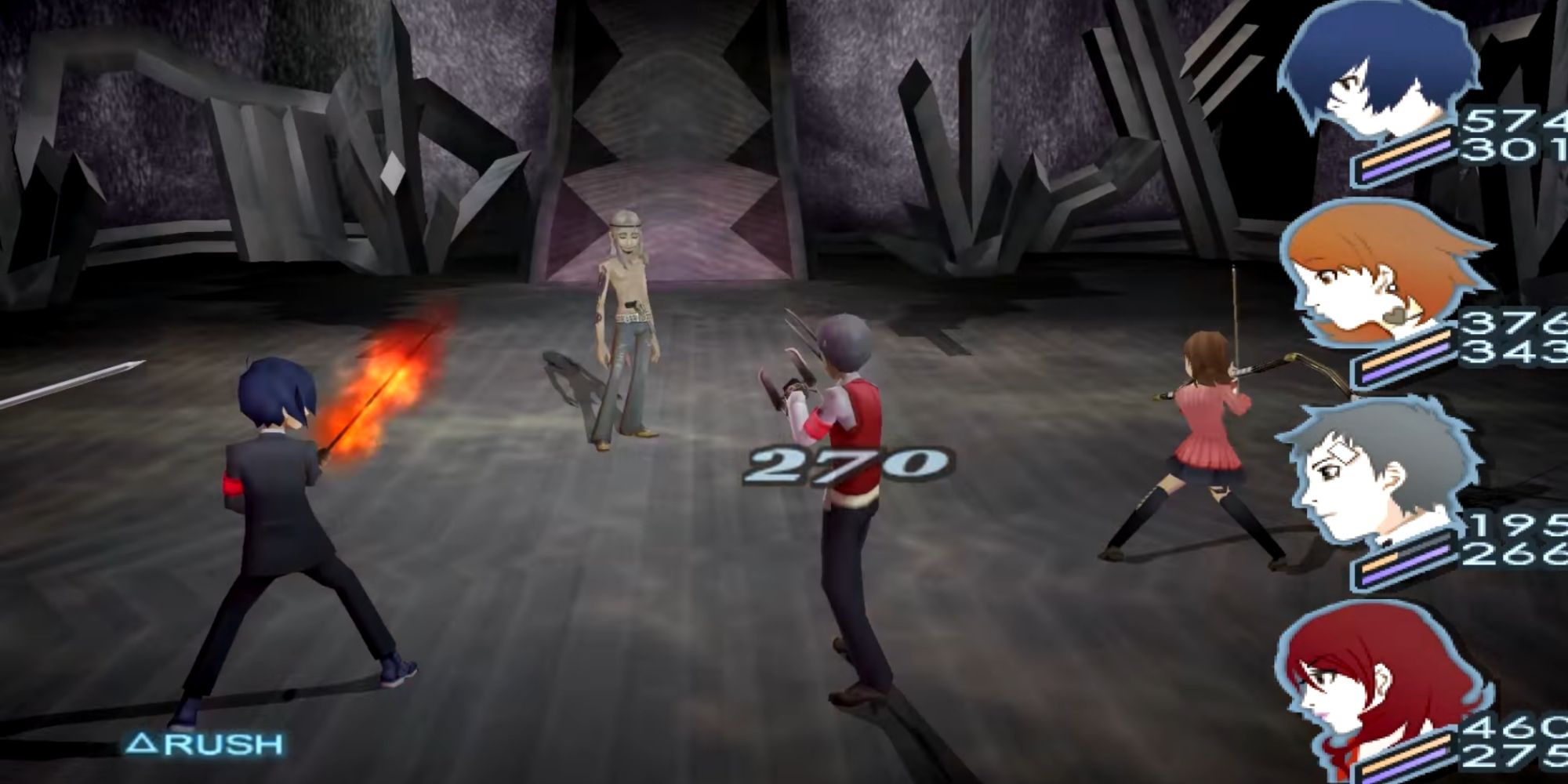 The final fight against Takaya is much more challenging than the previous one. He does much more damage this time around and has a very large health pool to match. Unlike other bosses that had more complicated mechanics, Takaya is all about hitting you as hard as possible. Surviving his attacks long enough to bash down his health will require plenty of healing and being appropriately leveled.

Takaya will frequently double his magic damage with Mind Charge, which can add up to an instant kill against one of your party members. This boss fight shows the potential strength of Strega; it’s a shame that the other members don’t bring a similar challenge. 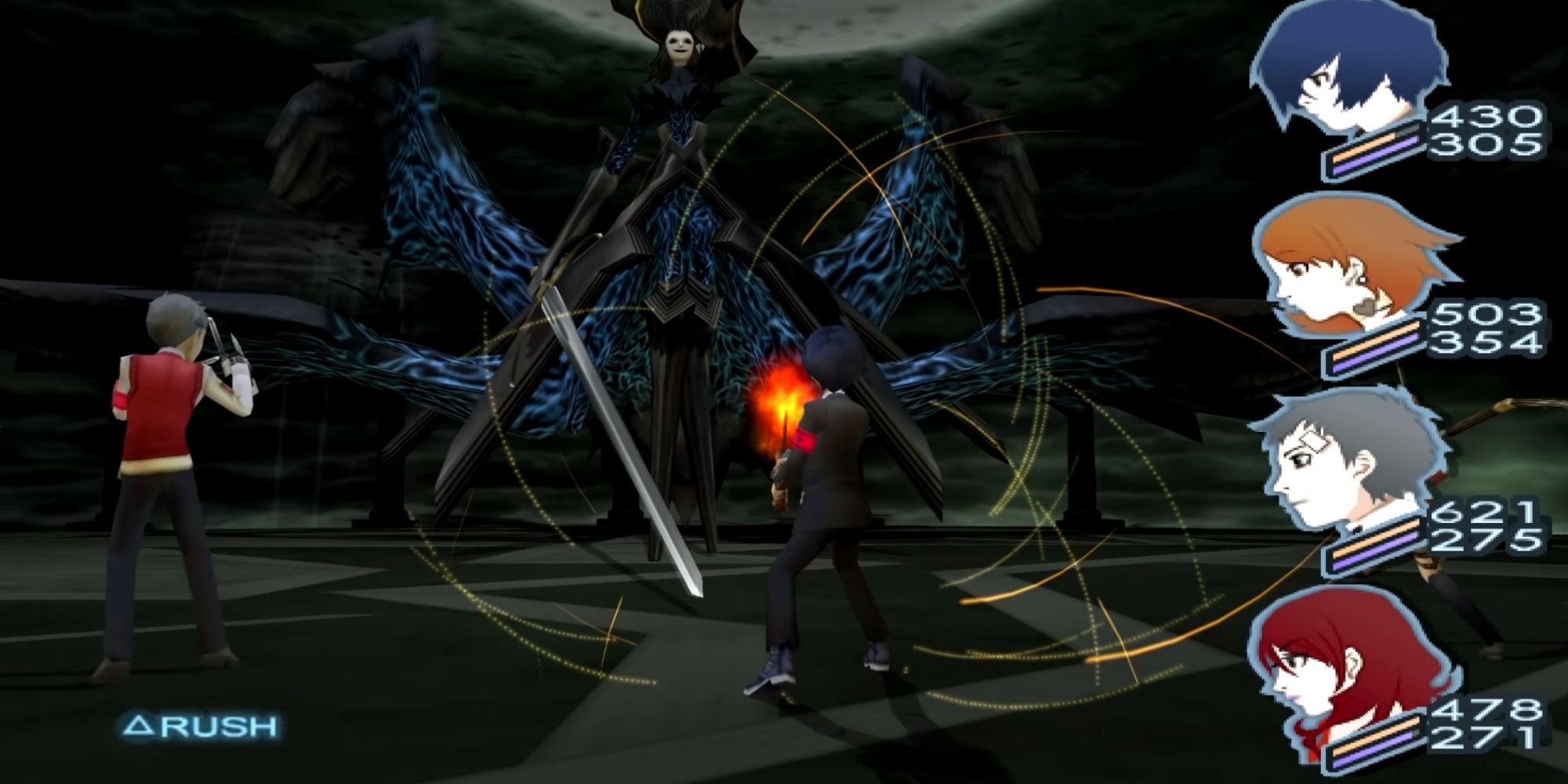 Nyx Avatar is fought during the ninth Full Moon Operation and represents the Arcana of Death. Nyx is the final boss of the game and is a marathon to finish. It has 14 different phases to battle through, each phase representing a different Arcana. It will take everything that you’ve learned from the previous encounters to get through all the phases.

With a staggeringly huge health pool and a gauntlet of past boss attacks, Nyx will be the final challenge for anybody that isn’t ridiculously over-leveled.