Shin Megami Tensei (SMT) has long been one of the cornerstones of the RPG genre, notable for its modern, real-world settings and its monster-catching gameplay in which you collect a party full of demons, deities, and mythological figures by convincing them to join your side. Add to that incredibly harsh yet fun gameplay, and you have a recipe for success.

Persona is a spin-off of the SMT games that nowadays blends in some visual novel-style gameplay and typically features casts of high school students who gain the power to summon the titular beasts.

Personas and the demons of SMT share names, designs, and even movesets – but they're fundamentally different beings. 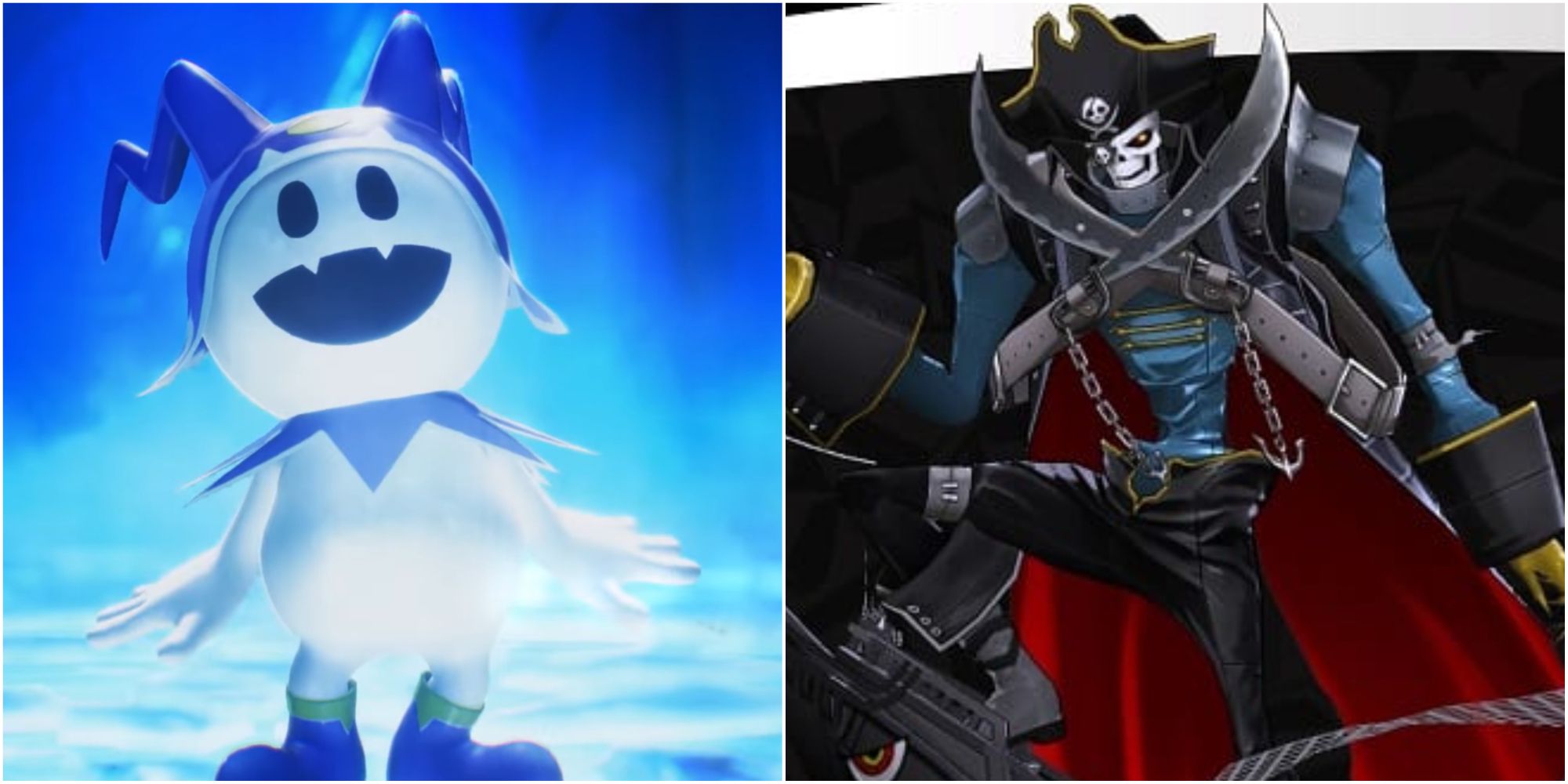 That said, let's start with the similarities. In terms of gameplay, both personas and demons are acquired in similar ways – they can either be convinced to join you through conversation in battle or, in some cases, by impressing them with your skill, or you can fuse two that you already have together to create a new one.

Additionally, as mentioned, the majority of personas can also be found as Demons in the SMT games – the series as a whole shares the same systems, and that includes their rosters. Exclusive personas tend to belong to principal characters, and are usually only found in one game – unless added to other games as DLC, which is what has happened to many previously-exclusive personas in Persona 5.

This is largely where the similarities cease to be. The fundamental difference between demons and personas is what exactly they are. How did they come to be in the world? What is the in-game justification for letting teenagers partner up with deities, the undead, and mythological heroes? 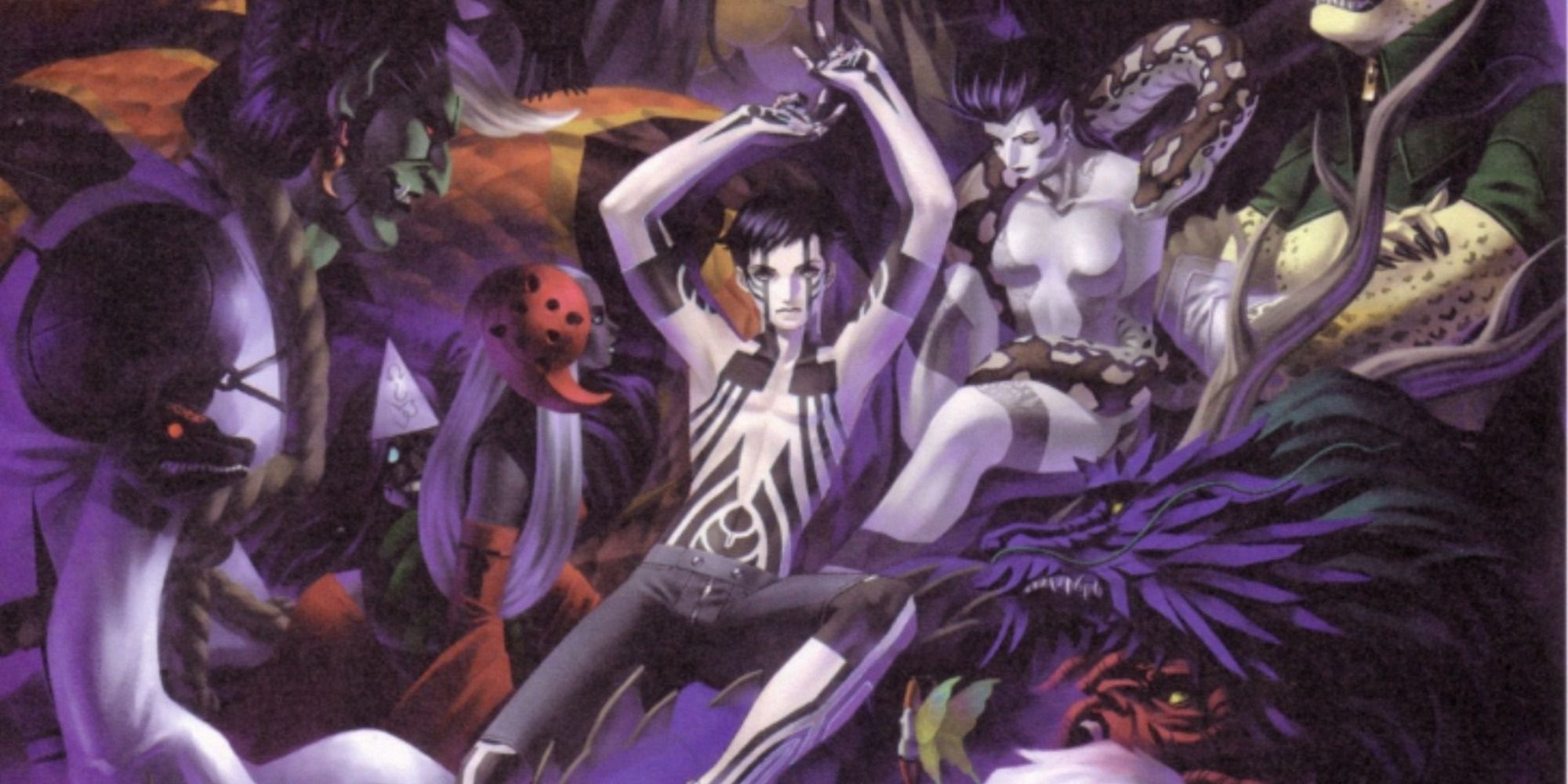 Explaining the origin of demons is quite a lot easier than it is for personas. Simply put, demons are demons. But they are also angels, and the undead, and deities, and spooky stories, and mythological heroes. Shin Megami Tensei 4: Apocalypse identifies over 50 'races' of demon, clarifying that 'demon' itself is an umbrella term for these entities.

Demons are the residents of the Expanse, an alternate dimension also known as the Demon World, the Netherworld, or Da'at. There exists a barrier protecting the earth from demons, but at some points in time, that barrier weakens, and it becomes possible to summon them. In some games, such as Shin Megami Tensei 4 and Devil Survivor 2, the weakening of this barrier is one of the main plot points. In other games, it's simply an explanation.

There are known cases of humans turning into demons. One report from Shin Megami Tensei 4: Apocalypse mentions this phenomenon and attributes it to the magnetite within the humans reacting with strong wishes and desires. Magnetite is a substance found throughout the SMT series and is responsible for mystical events. It's found in all living species, but in the highest concentrations within humans. In some games, it is a currency, in others, it is simply a plot point. 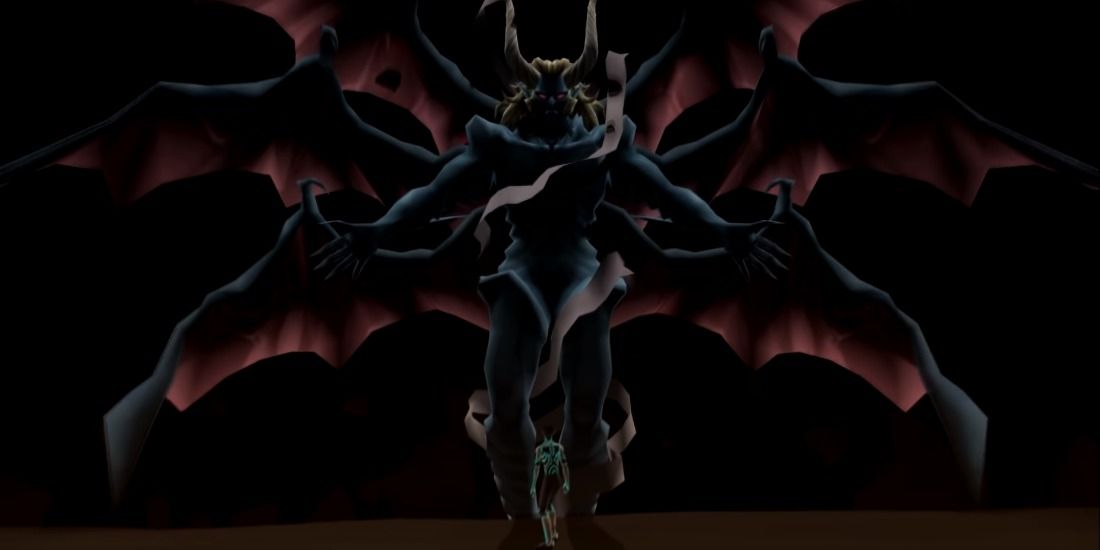 Whether or not there's a weakened barrier or the world has actually collided with the Expanse, the method for summoning demons is found within the Demon Summoning Program. Sources differ slightly in their representation of this program, but they have this one thing in common: the Demon Summoning Program uses technology, usually a smartphone, PC, or some comparable device, to boost the power and efficacy of summoning rituals enshrined in magic and demonology lore.

The Demon Summoning Program, whether developed independently by humans or given as a gift to humanity by demons, is what allows you to summon demons as a player. In the Devil Survivor duology, it's explained that summoning demons requires an abundance of human emotion that makes actual summoning incredibly difficult – the program gets around this problem by harnessing the power of the internet and all the emotions within.

All in all, the demons of Shin Megami Tensei are pretty standard representations of such – even if they do include figures not typically called demons. 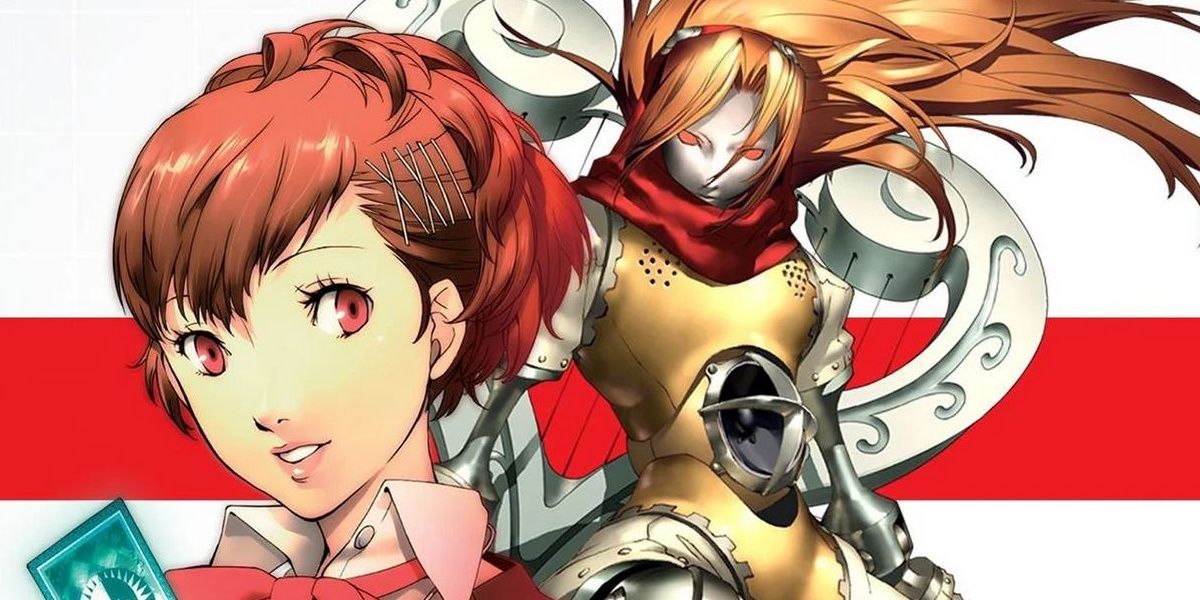 To understand what a persona is, you'll first need to know a little bit about Jungian psychology – two concepts, in fact, the collective unconscious and the persona. Carl Jung was a psychologist in the 20th century who was critical in the conceptualization and understanding of the subconscious. Most importantly, he theorized that there existed a collective unconscious – an unconscious web of figures and concepts and structures that the entire human race shares.

It's the term that Jung put forward to explain wider shared experiences and phenomena – why are trickster gods so common across different cultures? Why is the union of two people so readily enshrined in communities? Why are there myths about great floods and apocalypses so common in ancient belief systems? For Jungians, these are down to archetypes – blueprints for beliefs and behavior that are solidified in humanity's collective unconscious. It's why funerary rites are trans-cultural and why 'wise old women' are often the subject of mystique and figures of lore and reverence.

There are myriad answers to the questions we just posed, but for Jung, it was all about the collective unconscious. Don't worry, we're not saying he's right, that would just be silly.

We'll get to the games shortly, don't worry. 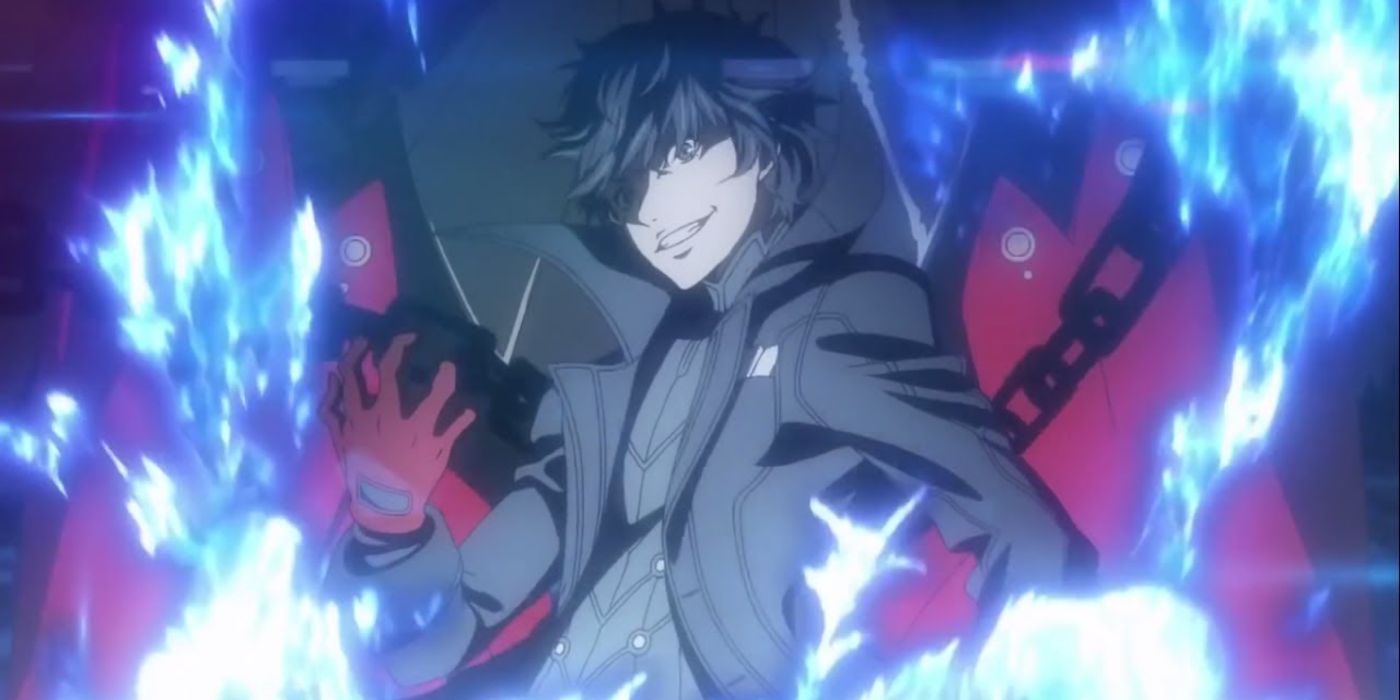 The persona, on the other hand, is another one of Jung's creations. The word ‘persona’ has its roots in Latin, where it means ‘mask’ and refers to the masks that actors would use when performing. This meaning is taken quite literally by Jung, who posits that the persona is the mask that we as social creatures use to present ourselves in the world. The main point here is that the persona is not the true self. Personas are simply masks used to protect oneself – something that the characters do in a very real way.

In the games, personas are tangible manifestations of a character’s personality that they use to confront challenges (read: fight in turn-based battles). They are often representative of that person’s identity and are malleable, changing when the character undergoes a personality change or overcomes a particularly tough challenge.

This is exemplified in the story of Ken Amada of Persona 3. Ken is a character driven by the need for revenge, and thus his persona takes the form of Nemesis, the Greek goddess of divine retribution and revenge. During the story, Ken resolves to give up his quest for revenge (the reason being that the target of his revenge plot had just, you know, died) and looks towards the future instead of living in the past. As a result, his persona changes, becoming Kala-Nemi, a figure from Hinduism representing the universe and fate itself. 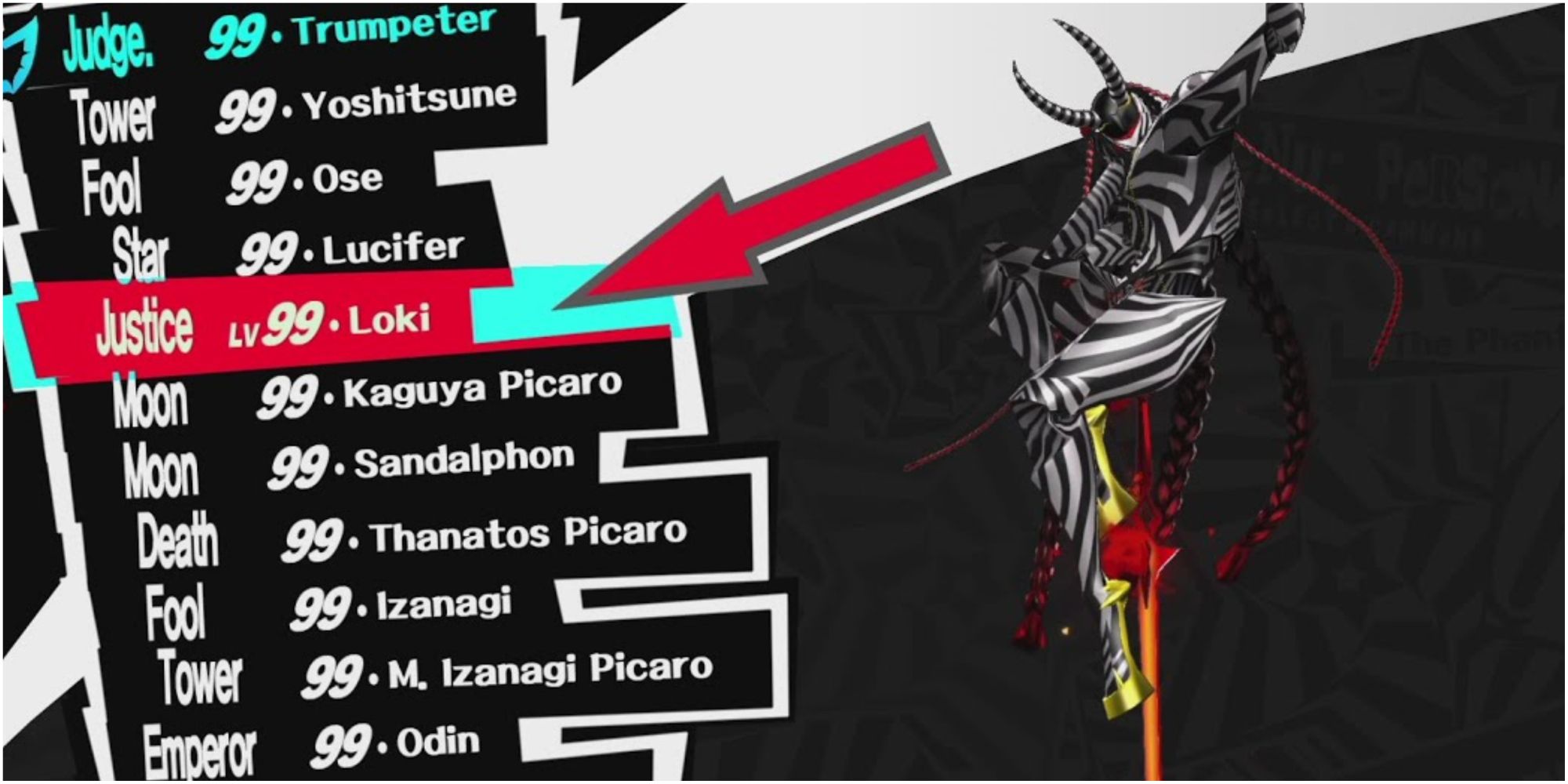 The way the games handle personas is a unique take on Jung’s theories. Personas take the forms of demons, gods, and figures from many different cultures. The game features popular deities like Loki and the Phoenix, and far less well-known figures, such as Yurlungur, an aboriginal copper snake who brings rain, and Maso, a benevolent Chinese goddess who protects fishermen and sailors. Persona 5 even goes as far as to include figures from literature and popular legend, such as Arsene Lupin and Robin Hood.

The games are not stating that these figures exist wholesale, as they do in Shin Megami Tensei, but justify their existence as representations of the archetypes of the collective unconscious used as a defensive projection of one's personality. The method the characters use to summon these personas to fight for them varies from game to game, but the justification for the forms they take on stays consistent. In the Persona games, these mythological archetypes exist ‘within the depths of the human heart’ – the collective unconsciousness. Demons and gods do not live in heaven or hell, but in the hearts of humans.