Pokemon in real life may not be a real thing yet, but one clever and innovative fan has sprung them from the cards into real-life. YouTuber Fyone shows off this feat in an almost 11-minute video. Basically, we see the Pokemon TCG in an entirely new light. This definitely adds a new layer to the game.

While this isn’t new for the world of Pokemon, thanks to Pokemon Go, such as being able to pose with your favorite in real life, it’s still really interesting to watch. Fyone took what Pokemon Go has done and applied it to the card game, the Pokemon will even battle in real-time.

Bringing the excitement of Pokemon Battles from the screen to right in front of you is something many fans would jump at the chance to do. Right now only two Pokemon are shown off, Pikachu and Machamp. It’s a good start for sure.

For anyone with a background in SFX and video editing you know it takes a lot of time to work on something like this. To have an almost polished final product to show off is no easy task. The Yu-Gi-Oh TCG did something very similar a while back at a tournament where the duel monsters were brought to life. 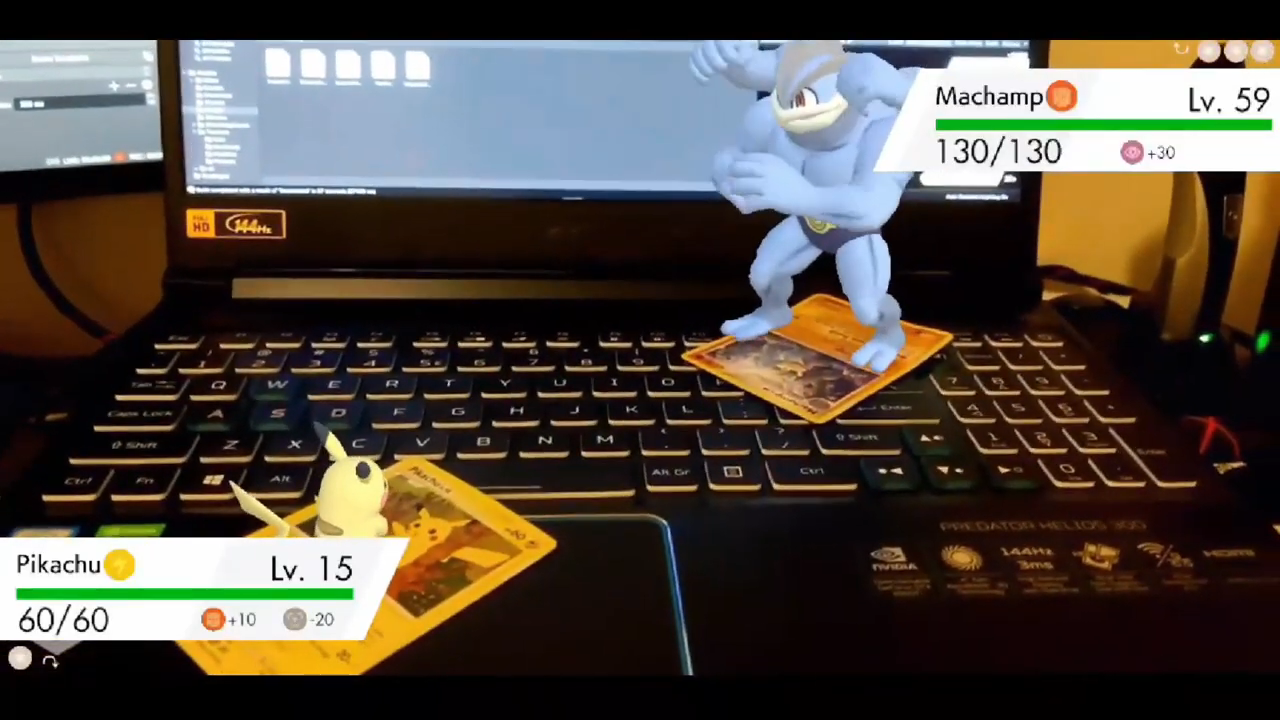 Unfortunately, with fan projects comes the irk of Nintendo and its IP. As we have seen many many times over the years and even over the past year, fan-made ideas using any of their characters or games is pretty much a no-go.

On the other hand, it’s free promotion for Nintendo and the various characters being shown off or used in new ways, Nintendo’s lawyers are quick to get videos or even rom-hacks were taken down.

Recently in the world of fan-made video game creations, we have seen a PC build of Ocarina of Time showing off Hyrule Castle Town, and the Hyrule Castle Lego Ideas set could soon become a reality.

It’s not always fans irking Nintendo however. Netflix irked them by someone leaking plans for the Legend of Zelda series which resulted in that series and Star Fox being canceled.

Now, that this new video has surfaced, hopefully it stays up for a while and doesn’t further upset fans who are still reeling from the #FreeMelee debacle. Perhaps one day Nintendo runs with this idea and makes it a reality, cause who wouldn’t want to see their favorite Pokemon brought to life?

Next: Pokemon Go Could Soon Introduce The Ability To Change Forms