Most of you reading right now will probably still be hard at work in Pokemon Scarlet & Violet taking down Titans, Team Star grunts, or boisterous Gym Leaders, but that hasn't stopped some fans from trying to figure out what Game Freak's plans are for the future of the series. With no currently announced spinoffs or remakes to look forward to, all eyes are firmly fixed on Gen 10 and what it could potentially look like.

However, one Pokemon fan thinks they've spotted a sneaky reference to the setting of the next mainline game in Scarlet & Violet, hidden away in the Art classroom in Uva Academy. First shared on the Pokemon subreddit by u/Brenduke, if you enter the Art classroom you'll see lots of pictures that the students have painted. Most of them are fairly crude drawings of Pokemon such as Gyarados and Eevee, with one very imaginary student that's painted a Ditto, but on the right wall there's an image that sticks out a little more than the rest.

This painting is very detailed and depicts an extremely large rock sat in the middle of some plains, which u/BrenDuke thinks looks an awful lot like Uluru – also known as Ayer's Rock – which is a tourist attraction in Australia. It's a little bit of a stretch, but the painting does closely resemble Ayer's Rock and doesn't appear to be a landscape painting of any locations found in Paldea. 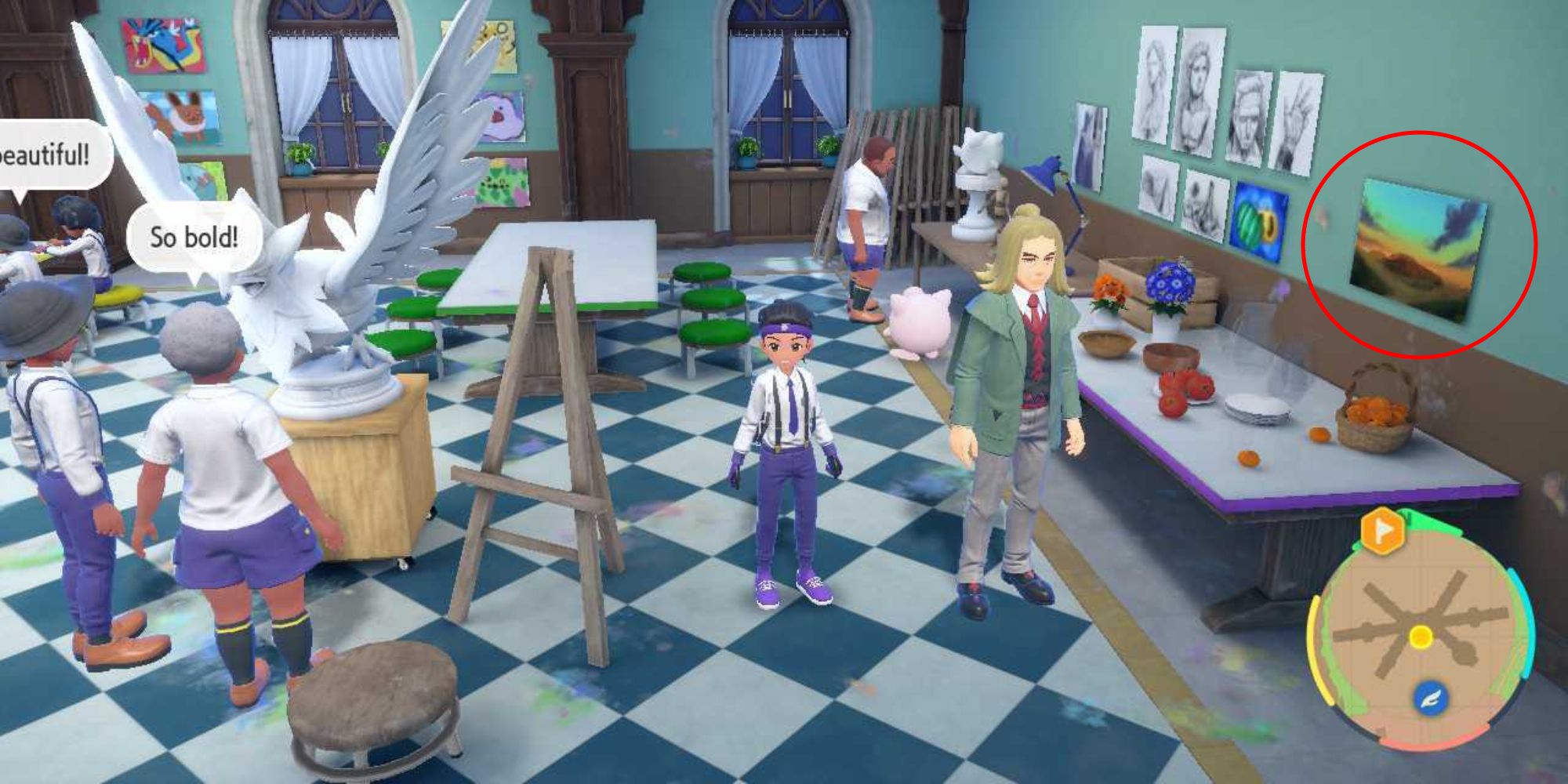 If you're thinking that Game Freak would never include such an obvious tease for a future setting, the developer does have a history of sneaking in little references to unannounced titles. The most recent was actually a tease for Scarlet & Violet found in Sword & Shield, as fans were quick to notice an out of bounds room in Hotel Ionia in Circhester with wallpaper that included oranges and grapes.

If you're thinking that little easter egg isn't proof of anything, a much less subtle reference to Pokemon Sun & Moon was put in Pokemon X & Y which would tease the Alola region. If the player talks to a Backpacker in the Kalos region, he'll give you an item called a Strange Souvenir which is a tiki doll. The item's description also calls the doll an "ornament depicting a Pokémon that is venerated as a protector in some region far from Kalos." It's not impossible that this painting could be another tease.

There's plenty of potential in using Australia as inspiration for a new Pokemon game too, given that the country is filled with exotic animals. It's also pretty massive and could definitely be transformed into an open-world title similar to Scarlet & Violet. We won't know until that day comes though, so the mystery as to whether Pokemon will go down under will remain a mystery for the forseeable future.