Niantic is currently preparing for the Johto Tour, probably the biggest in-game event of 2022 outside of whatever it has planned for its sixth anniversary. The event follows on from last year's Kanto Tour, and odds are trainers will get the chance to revisit and celebrate a different region around this time every year from here on in. Before that though, there's the Pokeball Pep Rally to look forward to.

Niantic has acknowledged that trainers taking part in the Johto Tour will need as many Poke, Great, and Ultra balls as they can get their hands on before it begins. The last thing you'll want to do during the tour is take a break to seek out or buy more Pokeballs. The Pep Rally begins on February 18 and will include various timed research with Pokeballs as rewards. Your buddy Pokemon will also bring you Pokeballs as gifts during the event.

The Pep Rally will also bring a new avatar item to Pokemon Go, and it might well be the best item yet. Or the most cursed depending on your feelings towards Sword & Shield's Ball Guy. That's right, during the Pep Rally, trainers will be able to buy Ball Guy's helmet and try it on for themselves. It's been a while since we were forced to think about the mascot, and that isn't necessarily a bad thing. 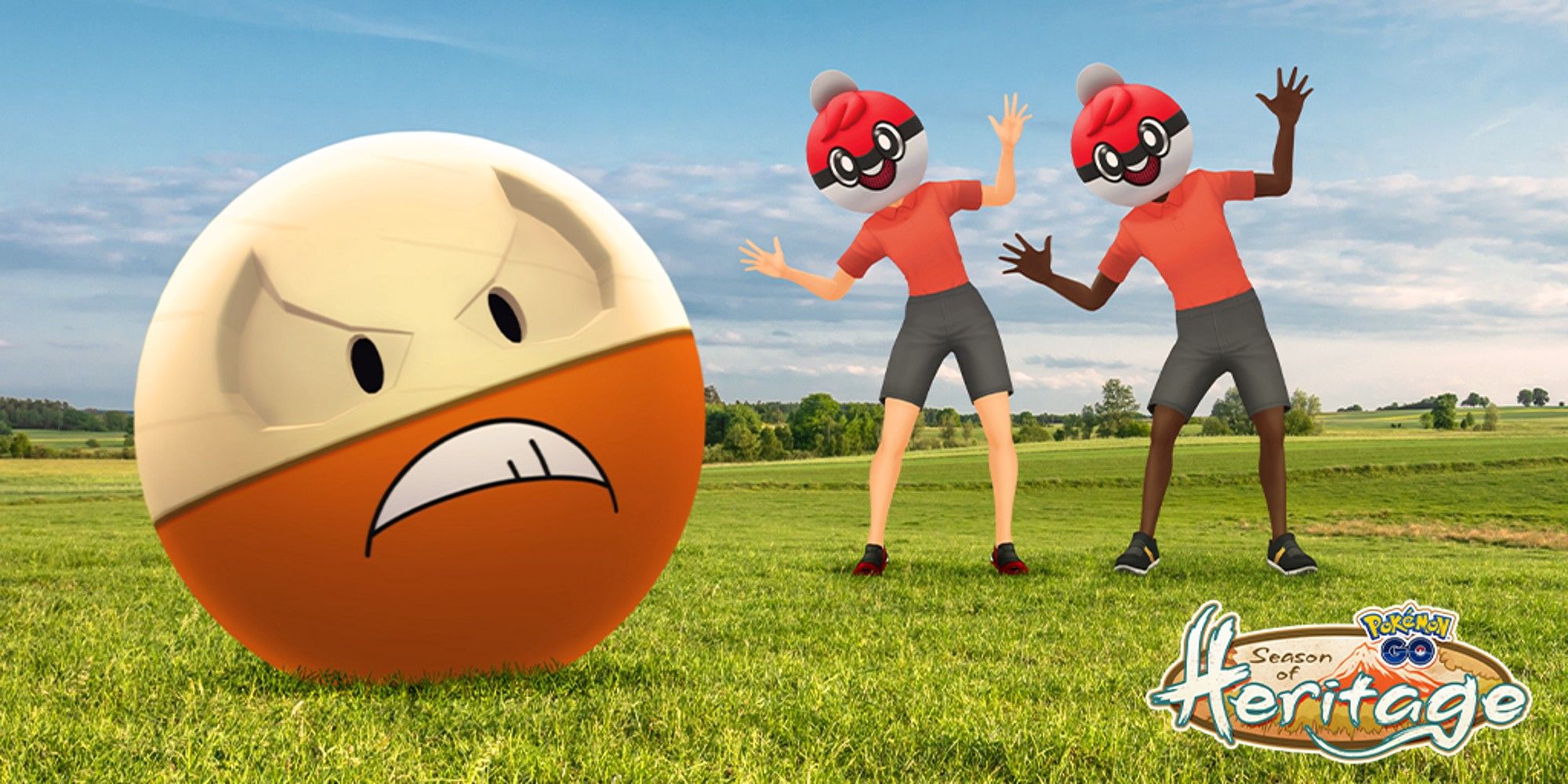 NPCs have been waiting in Pokemon gyms to welcome trainers for years. In Sword & Shield, that friendly but also incredibly creepy face belonged to Ball Guy. Not only would Ball Guy offer advice, but he would also gift you Pokeballs. The mascot became something of a meme following Sword & Shield's launch, largely because trainers couldn't decide whether it was a dude in a massive helmet or a monster with a giant Pokeball for a head. That new avatar item is a pretty sinister one if it's the latter.

Last but not least, ball-shaped Pokemon will appear in the wild more frequently during the Pokeball Pep Rally. So Voltorb, Koffing, Jigglypuff, those sorts of spherical monsters. It will also mark the Pokemon Go debut of Hisuian Electrode. Hisuian Voltorb debuted in-game to celebrate the launch of Legends: Arceus. You will be able to evolve your Hisuian Voltorb into Hisuian Electrode once the event begins at 10 am local time on February 18, 2022.